Backwards compatibility is a funny old business. While many people assume that the current generation of consoles should be able to play previous gen games, that's rarely been the case. It's true that the first version of the PS3 played PS2 games, but subsequent models dropped this feature altogether. Although if you had a hacked PS3 you could force the PS3 to play PS2 games, despite Sony supposedly having removed the facility from the console. So it's not surprising that Sony opted not to add backwards compatibility to the PS4, at the console's launch at least. But now Playstation 4 owners can play Playstation 3 games on their PS4s, thanks to Sony's Playstation Now service. 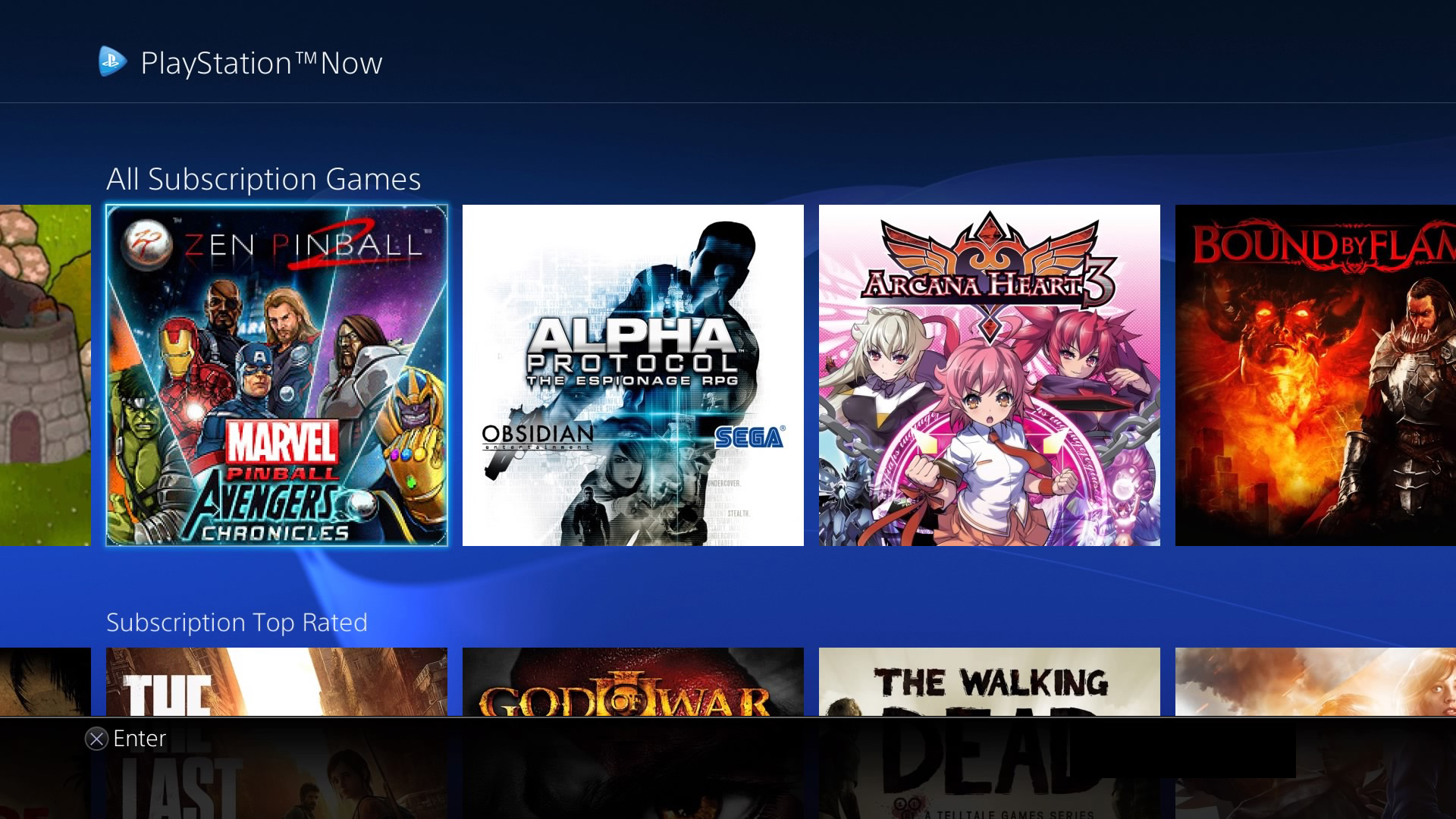 So how does it work? Rather than requiring any kind of additional hardware, Playstation Now actually employs streaming. What this means is that you are essentially viewing a live stream of the Playstation 3 game you choose to play. Your button presses are sent over your internet connection, to Sony's network, where they are executed on the server, the result then being shown on your screen. The service is also available on the Playstation 3 – although it's arguable less useful – and may eventually come to other devices such as the Playstation TV.

So what's the catch? For a start, it's not free. You can pay either £12.99 a month to access the whole Playstation Now library, or you can pay smaller amounts - four pounds upwards – to gain access to games for longer periods of time. Also, according to Sony, you need a a minimum internet speed of 5mbps, to use Playstation Now. That may not sound like a lot but, in the UK at least, internet connection speeds vary wildly. The library of available titles is quite small, just over a hundred, made up of a mixture of retail games and Playstation Network games. Interestingly enough, you can can currently play the multiplayer aspects of these games without having to purchase an additional Playstation Plus subscription.

Sony currently offer a seven day trial which allows you to give the service a try. However, the service still leaves something to be desired. The library of available games is somewhat mediocre. Ultra Street Fighter is probably the highest profile title on the service, followed by Bioshock Infinite and The Last Of Us. The rest of the titles, however, are budget titles, typically available for under ten pounds a throw. These titles also don't currently support downloadable content. Several of the games I tried intrusively reminded me that I could buy DLC the game then stopped working or came up with an error message when I tried to follow the provided link.

I also encountered performance issues when playing various games. The graphics weren't as clear as they were on the PS3, which I could live with. What was more intrusive was the way that the sound would glitch every so far, resulting in the music slowing down, or jumping in pitch. There was also controller lag, which might not be a massive issue in some games, but it was noticeable. I suspect fighting game enthusiasts would also find this lag an issue as well. What was odd about these issues was that I have a fibre optic cable connection, running at about 45mbps, nine times higher than the recommended spec .

Granted, it's still early days for the Playstation Now service, but for now it isn't all that great. If you've never had a Playstation 3 then you might get some mileage out of the game on the service. But given how average Playstation Now's service is, I don't feel it's worth paying for.