Were you a 90's kid? Then you watched Nickelodeon. Today we're revisiting some of the old pre-school shows from the late 80's and early 90's. 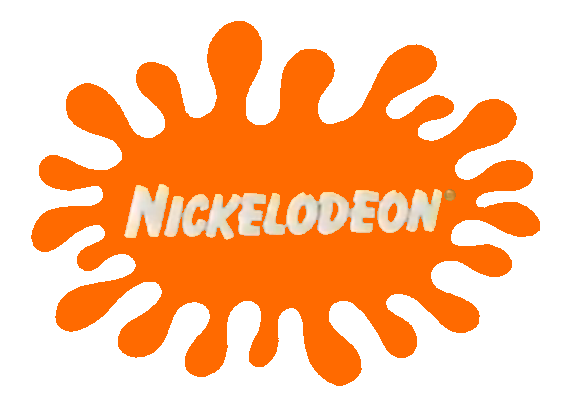 A few days ago, Jimmy Fallon blew my mind. I logged on the internet one morning and all the talk of the day was of the sketch from the latest episode of the Tonight Show. No way, I thought to my self. Could it be? I found the clip lickety-split, and a moment later, I heard a sound that was like music to my ears.

It gave me goosebumps. Kel Mitchel's Ed squirted mustard, stuffed grapes up his nose, and rapped about chicken. It was a classic Good Burger sketch, and if not for Jimmy Fallon, it could have been plucked straight from an episode of Nickelodeon's All That. I laughed a little bit harder than I probably should have. It was the nostalgia laughing for me. The only that could have made it better was if Kenan...

...IS HERE. He did it! Jimmy Fallon reunited Kenan and Kel for a Good Burger sketch. If that's not a big deal to you, then you weren't a kid in the nineties. Think back to E3 when Shenmue 3 and FF7 were announced. They don't hold a candle to the excitement brought on by this:

If you're too old or too young, you're probably thinking "who the crap are they?" Or maybe "Good Burger? Wasn't this a crappy movie that the Nostalgia Critic reviewed?" Or perhaps even "Okay, the big guy is from SNL, but so what?" These, ladies and gentlemen, are Kenan and Kel. They're like the Abbott and Costello of nineties kids shows. Seeing them performing a classic sketch is like the Beatles getting back together. If you're still not convinced, listen to the audience at the 3:30 mark. When Kenan Thompson walks in, they cheer for almost thirty seconds straight. If you're old enough to be nostalgic for the nineties, this was a huge deal.

I scarcely reminisce about television. When I wax nostalgic about the past, it's usually about video games. I think that's because gaming is still a huge pastime for me, while I don't really watch much TV anymore. That's not to say that I didn't watch a lot of it in my early years. I was born in late 1988. That makes me a 90's kid, and for us 90's kids, Nickelodeon was one of the quintessential staples of television programming.

That sketch up there^ still has me all excited, and with the recent news of The Splat on TeenNick, I can't get those old days out of my head. I know I'm not alone here. So pull up your diapies, throw some dust in the fire, and wax nostalgic with me about 90's Nick.

I couldn't tell you exactly when the first time I watched Nickelodeon was. Likely from the very beginning. I watched a lot of children's programming as a kid. I was too young to know or care about what the different networks were. I just knew what I liked to watch. Back then, Nickelodeon didn't actually have that much original programming, thus they licensed or distributed other people's stuff. In researching for this blog, I found a lot of shows I loved in my earliest years were actually played on Nick, and I had no idea. Maybe I was too young to remember, or maybe that's because most of them weren't actually Nick programs, they just got aired there.

One of my earliest favorite shows that I can actually remember is The Elephant Show. That was about three musicians - two chicks and a dude - who sang childrens' songs to little kids. Their partner was an elephant. That is, somebody in a crappy mascot suit. I honestly don't remember don't remember much about it, except for the ending. Each episode concluded with the group singing Skinnamarink (...a-dink-a-dink, skinnamarink-a-doo, I love you!) It was basically the equivalent Barney's I love you, You love me song. Which I also watched, along with Lamb Chop, but that's for another time.

Similarly, I don't remember a whole lot about Eureeka's Castle either. That was one of those puppet shows, similar to the muppets. It was about a wizard named Eureeka. She and her friends all lived in a castle. I think there was some plot to each episode involving her, but mostly it was just the other characters having their own little skits. The format was similar to Sesame Street in that regard. My favorite character was a green dragon named Magellan, who wore tropical shirs and talked to his tail. There was these clay worms, some fuzzy creatures who lived in the sewer, and a clumsy bat named Batly who was always crashing into things and saying, "I meant to do that." Like The Elephant Show, the details of the show itself are lost on me, but the opening and credits are burned into my memory. Who could forget that high pitched melody? "Eeeuurreeka's Caaastllllle." Also, there was a giant who freaked me the heck out.

These were all part of the morning block. As we would later learn to call it, Nick Jr. They also included a few foreign cartoons. One, which was one of my dad's favorites, was David the Gnome. It was a Spanish cartoon, dubbed into English for Nick, about a gnome and his wife who had adventures in the woods with their animal friends and had to worry about evil trolls and stuff. The title character was dubbed by Tom Bosley. It was far more serious in tone than other kids shows that I watched at the time. Like the others, my biggest memory is the theme song. It was supposed to be heartfelt. I always thought it was kind of spooky.

Two more of their foreign cartoons I remember as a kid were Noozles and The Littl' Bits. I didn't know they were foreign at the time, but even as a toddler, I knew there was something different about the art style. Turns out, that's because they were from Japan. I guess that technically makes them my frist anime.

Probably the most well known of the shows from this time was Muppet Babies. Every popular franchise had to have a babies version in the 80's. There was the Flintstones Kids, a Pup Named Scooby Doo, Tom and Jerry Kids, Tiny Toon Adventures, and it all started here. Muppet Babies featured the cast of The Muppets. As babies. They used their imaginations to go on adventures. They all lived in the same bedroom and were taken care of by a lady named Nanny. There's a theory that Nanny is actually a little girl and the Muppets are her stuffed animals. I don't know about that. What I can say is the theme song comes straight from the sixties, while the actual animation couldn't be more eighties if they gave them mullets and spandex.

Muppets is owned by Disney, by the way. I'm not sure about rights and stuff back then, but it's weird to think of a Disney IP on such a big rival network. That goes to show you how little of Nick's early programming was their own original stuff. But don't worry. Talking babies using their imaginations and going on adventures; Nickelodeon would have their own soon enough.

In the early nineties, Nickelodeon would start to produce more and more of its own original content, and after a few years, all of this licensing and distributing would be gone in favor of completely original programming. This early childhood block would be no exception. It wasn't long before it more closely came to resemble the Nick Jr. block that we know. The introduced a "host" named Face who was, as you might expect, a big cartoon face. They brought in shows like Blue's Clues, Gullah Gullah Island, and the Busy World of Richard Scarry.

By the time that happened, I was just on the edge of growing out of it. My two younger siblings were still in the prime age range, so I saw plenty of it, but my interests had moved on to Power Rangers, Batman, and the other Nick shows. I still saw plenty of them. And while I would never have admitted it to my friends at the time, I still kind of liked them. I could spend hours talking about those as well.

I've reminisced about my toddlerhood enough. That's not what you think of when you think of Nickelodeon, is it? No, of course not. You want slapstick, slime, and a little bit of attitude. That's what Nickelodeon was all about. Well fear not, because this is just the beginning. I'm doing a whole retrospective on the Nick shows we grew up with. Join me next time, when we take a look at a few of Nick's live action programs.