Nobody is talking about Monster Hunter X 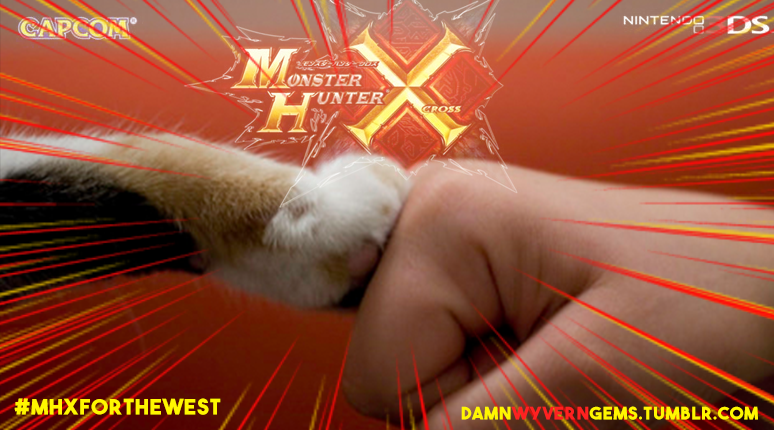 I considered talking about this months ago when Monster Hunter X was first announced, but I figured someone would bring it up eventually. It's been months and not a peep asides from your usual quips of uninterest like with most things that are somewhat niche. Like of course people will talk about Mario or Destiny but even after Monster Hunter 4 Ultimate's relatively successful entry, nobody really gives it any buzz. Monster Hunter has always been doomed to some sort of eternal obscurity and "I've never really gotten into this" kind of business but even though Monster Hunter X isn't considered a big, numbered entry to the series, the new mechanics look to be a big departure on how you play the game. Even if it is running off the MH4U engine, it's going to be bring some excitement to the series that isn't characteristic to usual MH shenanigans.

Look at this magnificence!


The reason I'm super interested in MHX is that the game is being created with a philosophy of empowering hunter to fight with more flashy moves and give each hunter more individuality and uniqueness in the way they hunter. Usually people who don't get into MH have trouble adapting to it's rigid and methodical combat system like how attacks have very specific cancellable frames and that players are expected to cancel animations at all. Currently, most weapons offer just one or two general strategies to utilizing them as explored by the community. For lances, people learn to guard lance or evade lance but for something like the great sword, there's generally only one way to use it, especially in terms of armor skills such as requisite skills like focus and quick sheath.


So there are now four styles you can adopt to hunt with: guild, aerial, bushido, and striker, along with new super moves or hunter arts that offer unique things from a highly damaging strike to creating passive healing zones. Personally, my weapons of choices are the dual blades and great sword. Even the guild style, which brings back the traditional movesets veteran hunters are used to, will offer some slight changes and buffs such as the new double back hop for bow users. The striker style offers three total possible hunter arts to equip, compared to guild's two and the one of the last two. Striker overall simplifies the combat hunters have learned from most modern Monster Hunter games in exchange for a diverse selection in hunter arts plus some more straightforward combat. Using great sword as an example, you can no longer use the super charged slash in combos, but charge speed for its primary charge is much faster. Charging for different moves is overall faster but combos are less complex. In all honesty though, I'm most excited to try aerial and bushido. 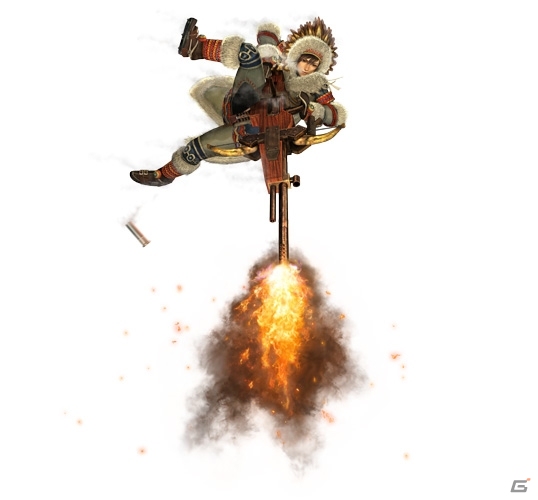 Take to the skies!

Aerial takes the concepts of verticality that MH4U brought forth and expands on it. Rather than limiting jump attacks to cliffs and the insect glaive's pole vault, aerial hunters trade their traditional evade for a tiny flip jump. While aerial hunters can still jump off cliffs for air attacks, performing a flip jump onto just about anything, from monsters to other hunters, results in a springboard kick that gives hunters ridiculous airtime and control to perform an expanded aerial moveset. I'm really excited by the aerial style because it offers a unique kind of high risk, high reward combat with a unique payoff of working towards a mount and knockdown. Of course, with more airborne moves available to all weapons, monsters have an overall higher tolerance to mounting than before.

Since aerial style replaces your normal evade with a slower flip, aerial hunters are more at risk in trying to evade damage normally, which in most cases involves reading the monster's cues and dodging to the left or right. Aerial style can't avoid side-to-side as well, but aerial style allows hunters to springboard over monsters instead for a more unconventional evasion while allowing for a simultaneous offensive at the same time. The strange thing is, to balance this unconventional mobility, many of the more powerful and important options for a given weapon is locked to being an airborne action in an altered form. For example, something as basic as the great sword's charge attack cannot be done on the ground but must instead be done in the air. Of course, the charge time is dramatically faster to compensate for the limited time you're airborne, but using a combat style in which your only viable way of avoiding damage is to charge straight at the monster sounds exciting! Plus who doesn't love the adrenaline rush of coming from up above and crashing down with a giant sword, a heavy hammer, or a flurry of swinging blades?

For me personally, as a dual blades lover, it's been shown that dual blades being used with aerial style are extremely flashy and offensive, featuring a shimmering storm of spiraling swings both on the way up and on the down. 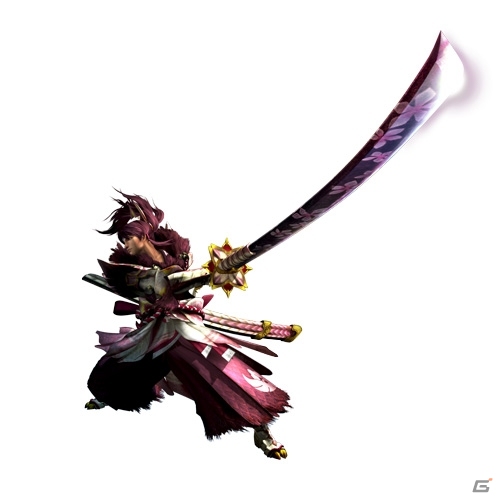 Wait until the perfect moment

Bushido on the other hand is the answer to all evasion lovers' prayers everywhere. As it's been described so far, performing a perfect evade (or a perfect guard for the lances), allows the hunter to completely avoid an attack and deliver a powerful counterattack. Firstly, as long as your timing for a perfect evade is accurate, you won't need to devote points towards the actual evasion skill, which is a great in providing a place for my diversity in armor builds. Secondly, like the aerial style, certain core aspects of a weapon are removed from the normal moveset, instead being locked to after performing a perfect evade. The long sword for example cannot perform it's signature round slash to upgrade its spirit gauge normally but instead can only perform the spirit finisher after a perfect evade, though this will be balanced with less spirit energy being needed to perform the necessary spirit combo.

Many of my current armor sets include an evasion skill of some sort, at least +2 but +3 wherever possible simply because it's rewarding to avoid monster attacks by the skin of your teeth and continually attacking. But getting evasion +3 is a steep commitment in terms of armor selection plus the evasion skill doesn't even work well with dual blades since it uses an entirely different evasion animation compared to the usual dive. But as trailers show, it's entirely normal to perform perfect evades while using dual blades in demon mode, which is an entirely different evade animation which normally poses a problem in integration with the normal evasion skill.

There isn't much to be said about what's so cool about bushido style. But bushido is a part of a fundamental enjoyment of Monster Hunter: learning monster patterns and cues in order to better fight them when the odds against you never change much, no matter how good your armor and weapons become. It's the culmination of every fan of Monster Hunter's core love: no stats, just skill. Especially when you become G rank, monsters never stop challenging you and it's all about relying on your experience and skill to overcome challenging monsters like Gore Magala, Teostra, or Seregios. And the bushido style is a reflection of this core understanding, rewarding the truly capable and skilled with impressive invincibility and extra powerful attacks. This style is definitely not for newer hunters nor the faint of heart. 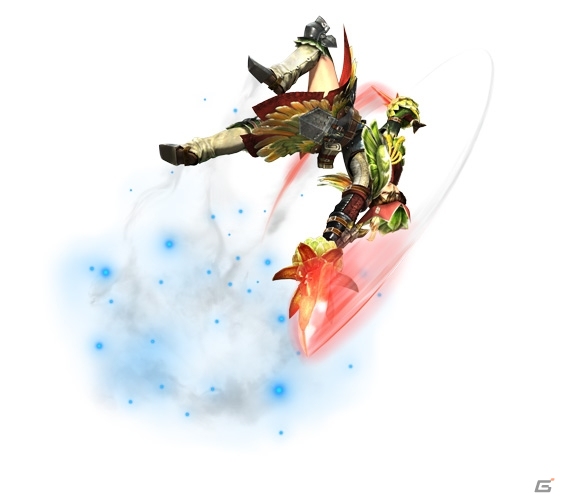 The dual blades are the only weapons that perform an active attack while perfect evading. Every other weapon causes the hunter to perform a flashy dive before breaking into a full run in the direction you want to deliver a bushido attack. Dual blades on the other hand causes the hunter to spin through the air while diving, becoming a deadly corkscrew auger that cuts through monsters before engaging in the roadie run. I also find evasion an important skill for gunner since gunners have very little defense, and I expect bushido to be a popular style for gunners. It's worth noting the mystery surrounding how bushido and aerial will limit the move sets of gunner since they have no real combos and just fire projectiles.

All in all, I'm excited for Monster Hunter X because as you can see, this will be the most outrageous Monster Hunter to date. Rather then be locked in cumbersome animations that dictate how you approach the game and work around the limitations MHX will actually be providing a punch of powerful change in how it moves and handles and looks to be the friendliest entry for newcomers to date, and Monster Hunter 4U was fairly lenient already in teaching hunters through the abundant tutorials it provided.

I'm relatively new to hunting, but I've dumped hundreds of hours on MH4U alone, and that was an entry that went easy on bringing newcomers into the fold and brought together so many classic and new elements. MHX looks like a sort of dream team assembling of so many series favorites while ratcheting up the cool factor, which in turn attracts newer hunters and retaining them as well. I'm already excited just to hunt the Lagiacrus, the sea leviathan from MH3, which has been retooled to fight entirely on land like the Ivory Lagi without worrying about the half-baked swimming mechanics. Nargacuga is even coming back, and both mentioned monsters offer really cool weapons to forge. I'm excited for MHX not only for the new it brings but also for all the old glory it brings back like old villages and older monsters. The #MHXfortheWest hashtag is being continually used and I sincerely hope that the November Japanese release date is followed by a western announcement date, or better. Pokemon managed a worldwide release, remember? 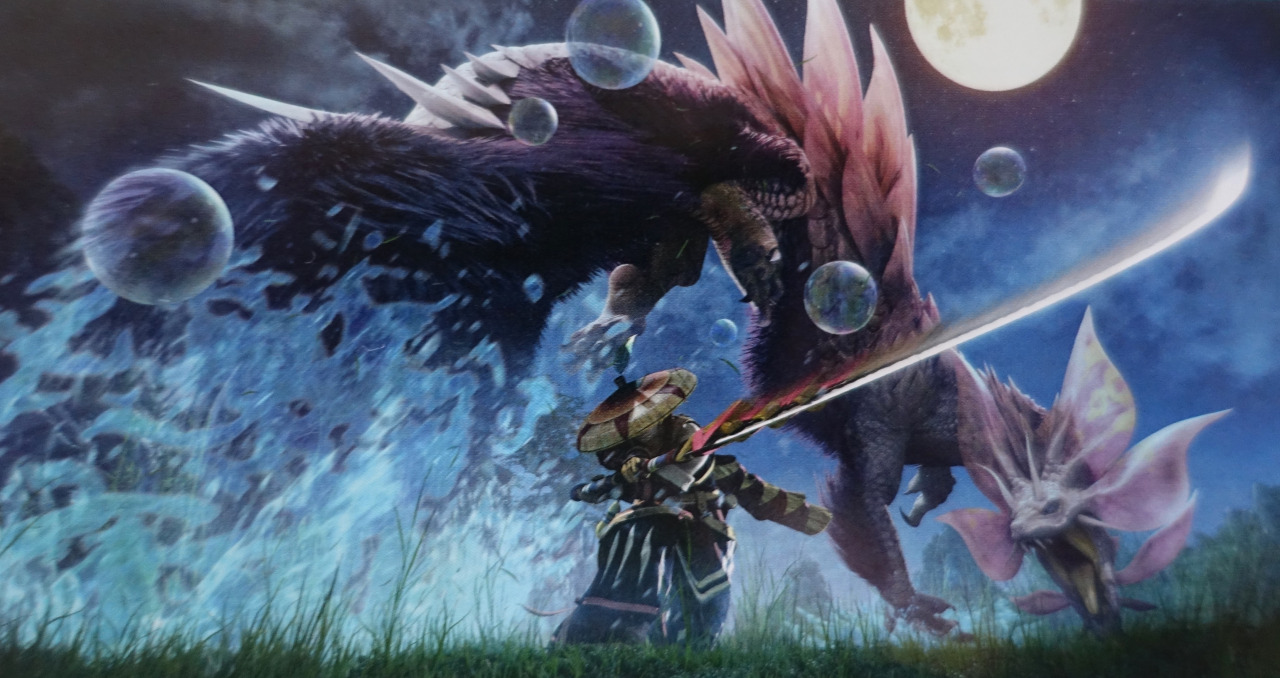 #MonsterHunter
Login to vote this up!