t's often said that the brain is the sexiest organ in the body, but I'd like to suggest that it's also the scariest one as well. This isn't because it's planning on carving its way out of your skull and pursuing an independent existence ŌĆō even though it is. No, it's because your brain and, by extension, your imagination, is capable of conjuring up horrors more terrifying than anything that can be shown on screen or described in print. That's why, when you're laying awake at night, the noise of a creaking pipe suddenly becomes an indicator that there's something monstrous creeping around your house RIGHT NOW! It's also why horror movies are more effective when they don't show the monster much since it allows your brain to fill in gaps. Stairs, a new horror game recently released on Steam, takes advantage of his phenomenon and is all the more terrifying for it. At first, at least.

Despite being released exclusively on Steam, Stairs is not a simple copy of Slender, Five Nights at Freddy's, or any other existing horror game. It's been in Early Access for a while but has now received its final release and given that the Steam reviews have been generally positive to date, I decided to give it a go. The game casts you as Christopher Adams, investigative reporter, who is investigating the disappearance and possible murder of three people. The game begins on a positive enough note with you wandering through a beautifully lit forest ŌĆō a bit like Everyone's Gone to the Rapture, only without the crushing tedium. But, as you might expect, things take a turn for the gloomy when you reach the abandoned factory where the body of one of the three missing people has apparently. You head inside and end up walking down the titular Stairs, deeper into the factory, where things start to go a bit pear-shaped. If pears were made out of misery, despair and fear. Which they might be ŌĆō I don't know where you shop. 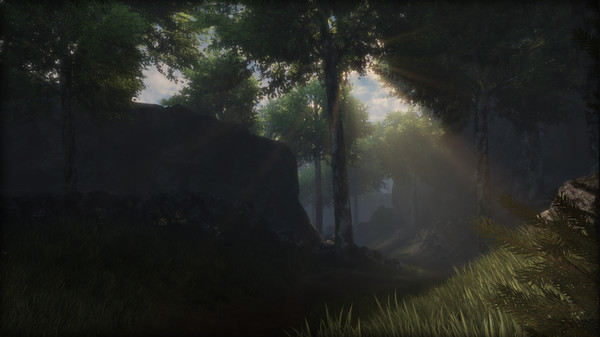 Initially the game terrified me, which certainly does sound like a ringing endorsement. I always preferred Silent Hill over Resident Evil because whereas Resident Evil relied mostly on jump scares, Silent Hill was relentlessly unsettling whether something was happening or not. I certainly found it unsettling initially, the game using all manner of audio cues and visual trickery to scare the heck out of me. Early in on the first level I encountered the shadow of a figure on a wall, without any obvious source. I mentally flinched every time I walked past the shadow, thinking it was going to leap out at me. Scary stuff indeed. 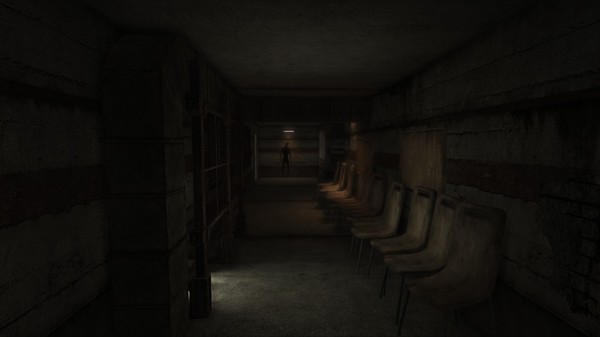 Aside from just wandering around having the bejeezus scared out of you, Stairs also tasks you with solving some fairly simple puzzles which often involve hunting around the levels for combinations or objects. There are also notes scattered around ŌĆō yes, the Plot Fairy strikes again ŌĆō giving you some insight into what happened in the factory and the game's other two locations. All of which sounds like a recipe for a fairly engaging horror game, except that, as a whole, Stairs doesn't quite gel. I mentioned earlier that the best horror leaves things to your imagination but Stairs stopped scaring me when I encountered my first enemy. I was imagining what I might encounter inside the factory, but the first enemy I ran into was pretty underwhelming. 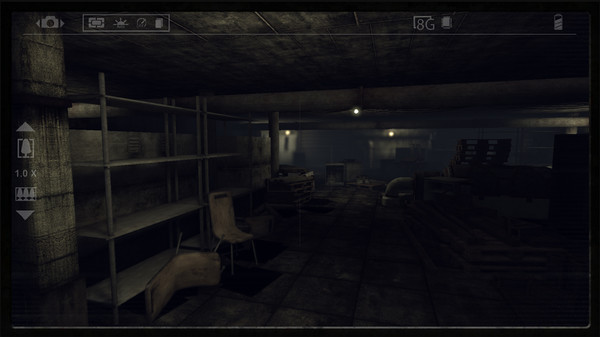 The foe in question resembled one of the long-haired women from The Grudge, The Ring and so forth. She also wandered around singing, so I knew exactly where she was at all times, only pausing to mumble.. 'Mr Adaaams'. She felt more like someone trying to sell me a magazine subscription than the terrifying spectre she was meant to be. You have to avoid her because, while the game gives you a camera, you can't use it to combat monsters, Fatal Frame style. It's rather unused as it's typically only really used to reveal hidden passages or, occasionally, for night vision. 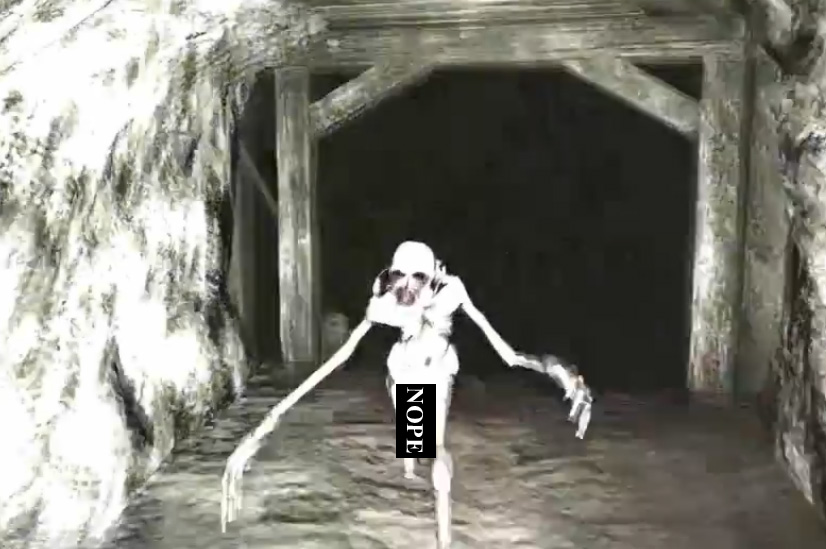 Her presence also revealed one of the game's flaws which is that in each level, there's only one area where you're actually in danger of being murdered by an enemy. And even if you are, the in-game checkpoints are fairly frequent so you've not really lost much progress. In addition to this, some of the monsters are a bit glitchy. I encountered one bad guy who couldn't handle the fact I'd crouched beneath an object and so he stood there spinning on the spot outside my hiding place. This would have probably been slightly less disturbing ŌĆō albeit in the wrong way ŌĆō had the game's creators not lovingly rendered the monster's digital dong. Yes, really. Aside from this, the graphics are adequate ŌĆō there's naturally a lot of brown, given that the locations include the factory, a mine and a forest. The in-game voices are a mixed bag, with the main character's voice acting being fairly poor, although fortunately he tends to speak the least. 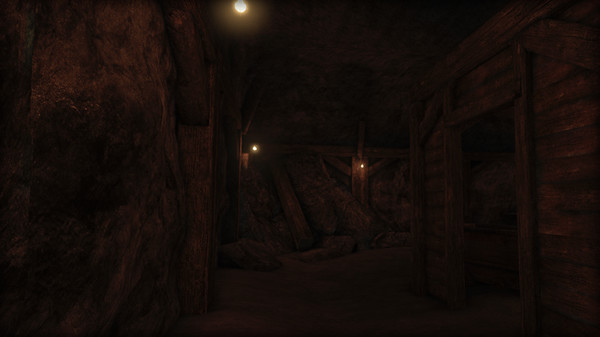 However, as you progress through the game, even though the locations change, it doesn't really get any scarier. If anything, the game's fear factor wanes ŌĆō I certainly found myself becoming progressively less scared and increasingly bored. The game's story also didn't deliver as the game ends abruptly without any real resolution, as if the developer had run out of time or cash. Despite being only about four hours long, Stairs still manages to outstay its welcome. Had it just included the first factory section, and been priced at two pounds or so, I would have been satisfied the short burst of horror that Stairs offered.

Stairs is an interesting curio and, should it drop in price to the aforementioned two pounds, it'd be worth a purchase. But as is, I can't recommend you purchase it. Stairs is a game that starts off strong but becomes less frightening and less engaging as it progresses. I have to give kudos to the designers for not just copying an existing game as so many other horror releases seem to, but Stairs just didn't hold my interest.