One Year on Destructoid!

How time flies! It’s hard to believe a year has passed since I caved in and made a profile here at Destructoid. Like many folks around here, I lurked for quite a while before finally joining, and I’m glad I did. For a number of years, I lurked from site to site, among IGN, Kotaku, and various Nintendo fan sites, but never really planted roots anywhere. After a while, I wanted to find an online community that shared a love of video games and wasn’t overwhelmed with flame wars. A place where cool headed people more or less shoot the breeze about the video games they enjoy. After about a year or so of scrolling through articles and comment sections from afar, I took the first step, created an account, and wrote my first blog, nervous what people would think of it.

After all that lurking, I’m glad I joined. The community here is made up of some fine folks I’m glad I finally got to interact with, and it’s cool to see such unique, creative content in the cblogs and comments. It was a bit intimidating stepping into things at the beginning, but welcoming comments from the community made writing more often a bit easier.

Towards the beginning of the year, the site celebrated its ninth anniversary and people listed their nine favorite Dtoiders. I wanted to join in, but felt that I was still too new to come up with a list. All this time later, I came up with my own list of Dtoiders I wanted to thank for welcoming me and making me feel part of the community here throughout this last year, while going over some highlights of the year for me.

A year ago, my first blog was a two-parter about my time with The Legend of Zelda: The Wind Waker, a game I had only recently played, but one that had an effect on me nonetheless. I put a lot of effort into the second part, which was more personal, going over parallels between the game’s themes of change and transition and the changes in my own life at the time. I didn’t know anything about the cblog recaps, but felt honored that people had enjoyed my blog. Thanks for the topsauce, bbain.

After that, the monthly community assignments made finding something to blog about easier. It was fun talking about the games I enjoyed and finding people who had had the same experiences. The first Bloggers Wanted entry I took part in was about scary games, a favorite area of mine (can we have another one like that this year, please?).

A big thanks to Dreamweaver for reading and commenting on my early blogs when I was still new. When I wasn't really sure if anyone would notice what I wrote, it felt good to read your positive, upbeat comments.

On the Bloggers Wanted for Thanksgiving, I wrote that I was thankful for growing up with the Nintendo 64, my favorite system. To my surprise, my blog made it to the front page and stayed there through Thanksgiving. Over the holiday weekend, it was nice reading through people’s memories with the system and I was happy that my blog was a platform to do that.

A little later, a more personal blog of mine about Metal Gear made it to the front page on the last day of the university semester for me and I’m glad some people enjoyed it. A big thanks to Occams for frontpaging my material. It was a real confidence booster and a good outlet for some stuff I was dealing with at the time and still am, to some degree.

After the New Year, I started my first series, one about print video game ads, which is still ongoing. I put a lot of work into flipping through comics and magazines and compiling the 100+ ads for the series and I’m glad folks have liked it so far. Especially with the ads I found for the NES, SNES, and N64, I’m glad people enjoyed seeing old ads for games from childhood. As for that series, I only periodically updated it through the summer after doing so on more or less a weekly basis, but I hope to continue it more frequently from here on out. Most of the series is finished, but I really want to bring it all to a good conclusion!

In the spring, I wrote maybe my favorite thing I’ve written for the site, a comedic look at some books I found while working at my university’s library, such as Dr. Seuss' book of boners. It was fun putting it together and I’m glad folks liked it. Also in the spring, I made it to my first video game convention, PAX East 2015! Well, not me, but my avatar, courtesy of Nanashi. 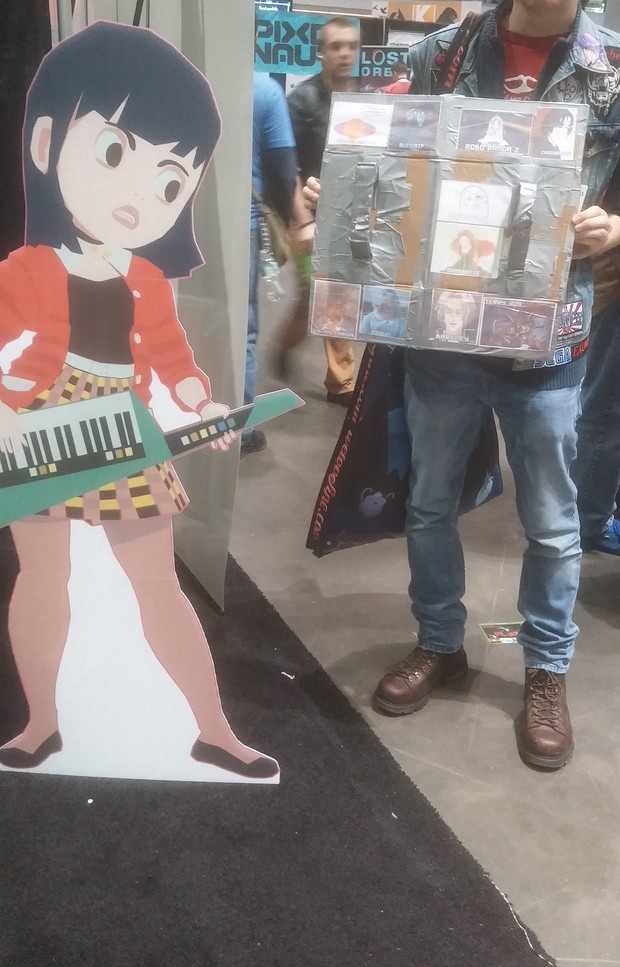 Also in the spring, I was thrilled as many others here to see Roberto Plankton’s sketches of over one hundred Dtoiders. Shocked, I saw myself among that number. Thanks again to Roberto Plankton for such an amazing drawing! It is truly one of a kind. 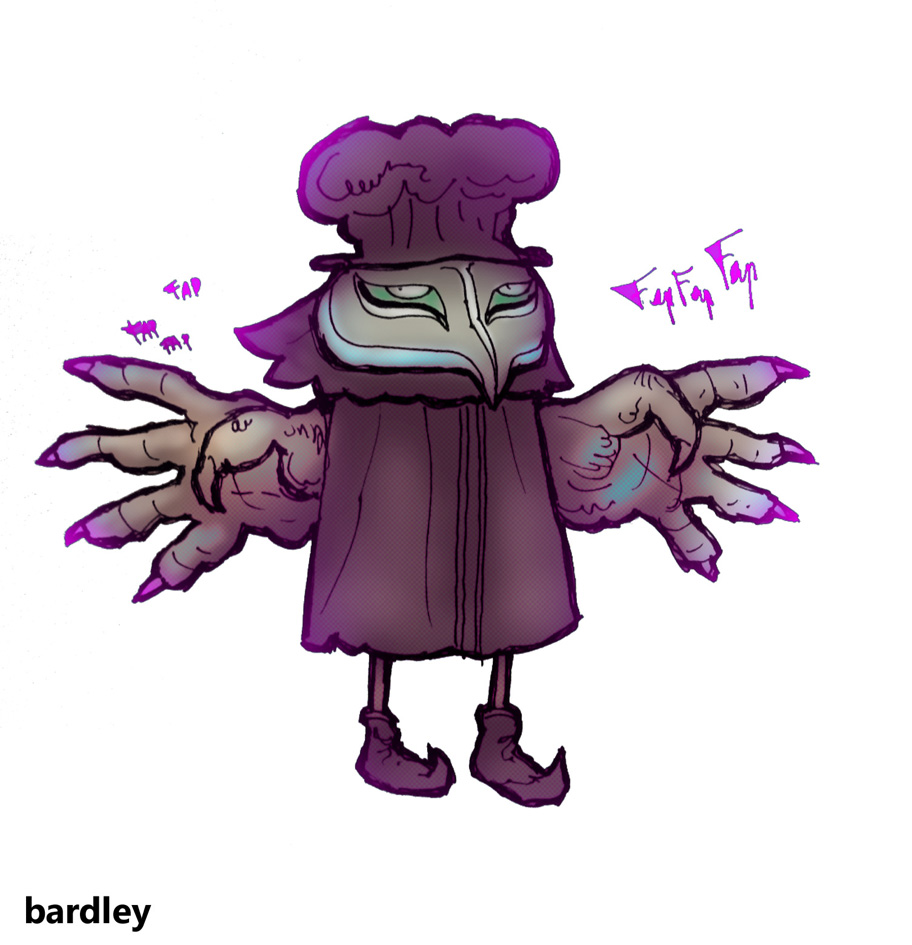 On the more personal side, I graduated college back in May and finally found a position a few weeks ago! It’s just a contract position for about a month or so, but it’s a source of income and provides some experience, so I hope I can find something more substantial soon. I’ve applied to so many positions, but it seems like there’s always a better candidate. It’s hard not to get discouraged at times, especially as friends find jobs and move on with their lives. I’m so ready to start a career and find my own place, but it feels like I’m in some sort of limbo between stages of life right now.

It’s been a tough, long summer, but there’s been plenty of good. I had a lot of fun putting together my Papers Please entry for Bloggers Wanted and I’m glad folks liked it. Thanks to StriderHoang for frontpaging it!

Back in the spring, I became curious one day about my singing voice. I pretty much sing everywhere I go in my car, but never in front of anyone, and I realized that I had never heard myself sing before, in a recording at least. I wanted to at least find out whether I was completely tone deaf or if I could actually sing. I opened up, recorded something on my laptop’s crappy mic and showed it to my family. They seemed to like it, despite how lo-fi it was. Over the summer, my brother-in-law helped me make a little recording setup for myself and showed me how to record using better tech. He’s a crazy good musician currently working on three different albums and has a lot of experience making music, so his help was invaluable and just what I needed.

I just created a profile on Soundcloud and here are some vocal covers I’ve done recently.

The first number is the opening theme to Over the Garden Wall, a wonderful animated series from last fall that deserves much more attention. One of the things I loved best about the series was the music, which reflected folk tunes and traditional music of the 19th century.

The second song is my cover of 'Surfer Girl' by the Beach Boys. Ever since I really started listening to their music earlier this year, I’ve loved their rich, multi-part harmonies and wanted to try my hand at it. I never really tried falsetto until earlier this year, so I’m still working on it.

Looking ahead, there are a lot of songs I really want to tackle. One I want to try the most is the barbershop quartet version of ‘God Only Knows’ from Bioshock Infinite. I just love that version of the song and the harmonies in it. Another is 'Good Vibrations', also by the Beach Boys (I love their music, if you can’t tell). I want to make a unique cover, though, one that isn’t just by-the-numbers. For the making of the song back in the 60’s, they recorded over 90 hours of music, all for a three minute pop single. With so many sections unused, I want to blend together my own version of the song and hopefully make something unique.

My brother-in-law said he wanted to do an album with me at some point. We talked about doing a bluegrass/folk album of a mix of covers and original tunes. I would love to do something like that someday, but he has a full-time job, a daughter, and a baby on the way in addition to the albums he’s working on now, so it might be a while. Still, I would love to do it someday.

I mentioned in my ’10 Things about’ post last winter that I had just finished the first draft of a novel I’m working on. I’m currently ¾ through the third draft and I hope to actually show it to some people soon. Because of the book’s size, I split it into two installments, with the first sitting at around 120,000 words. It is tentatively titled Terra Incognita and is an adventure/fantasy story inspired by Avatar: The Last Airbender and the films of Studio Ghibli.

I’ve really enjoyed the time I’ve spent here on Destructoid this past year. I don’t comment or get involved as much as I would like to, but I hope to do more from here on out. I have a lot of ideas for blogs, but it’s all a matter of finding the time for it, I reckon. Still, I hope I can write content here that people can enjoy and that contributes to this community. I know I’ve enjoyed reading and participating in what this community has built.