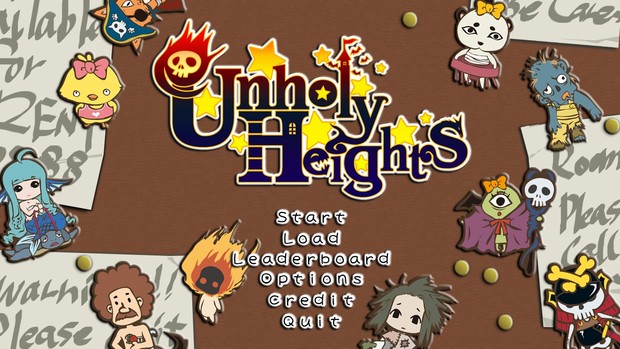 Do you love Monopoly? Neither do I, but there is one thing I love about it

Baltic is the lowliest of properties. You can have a hotel on it and you still get nothing, but you play it up, "That's $4, pay up or I'll turn off the heat!" you proclaim. Always remember to loom menacingly over the other player, and extra points if you actually own the Electric Company... But I'm getting ahead of myself. We aren't here to talk about my adventures in slumlording... Oh, we are? We are.

Welcome to the World of Unholy Heights (Japanese title: Maison de Satan, roughly translated), a doujin Tower Defense game by developer Puchidepotto. I ran across the game entirely at random, and now I present it to you.

The premise is simple. You are the Demon King, resplendent in Cape, thick glasses, and mustache. In a last-ditch effort to conquer the world, you have purchased a single-story slum apartment building, and live in a tent on the roof. Your goal? Sucker monsters of increasing strength into living in your crappy apartments and squeeze every little bit of rent you can out of them, then use them as your army! 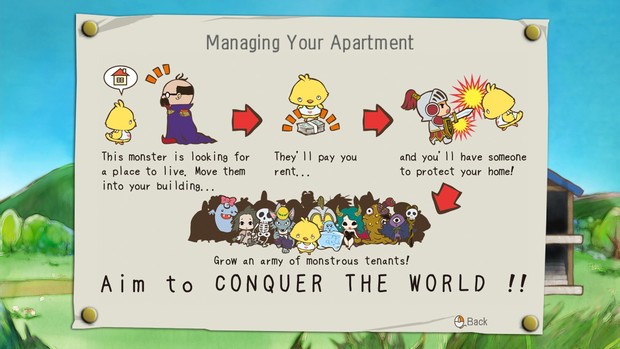 Your tutorials are vague but adorable

Okay, so things work better if you actually cater to your monsters. The visuals are cute, and the monster's sprites endearing, although the background is a bit lacking in comparison. The music is enjoyable, but repetitive, and the game only takes place on a single screen, but oddly enough neither will ever get to you.

The monsters won't buy furniture, but they will pay rent, depending on their job and how happy they are. Some monsters (Water elementals or fish demons, for example) can't deal with high heat. Others absolutely hate other creature types - like Demi-humans and Demons, and refuse to live next door to one another. Every once in a while (read: most of the time) the monsters will ask you to buy them something specific - better wallpaper, a sacrificial altar, or a jump rope. Some of these things will allow your monster to level up their stats in their spare time, and some just make them happy. 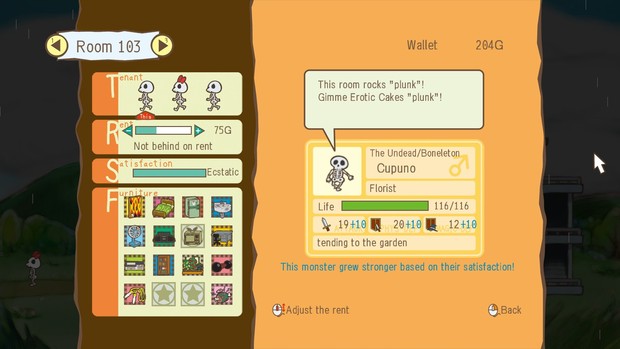 In its way, Unholy Heights takes on a mood not unlike Animal-Crossing, as your monsters go about their daily lives, play on PC's, or even fall in love and raise families (This aspect makes me very glad everything is behind closed doors). Sometimes, they lose their jobs, and you have to choose whether to give them time to find a new job, or kick them out on their gelatinous/bony/fishy backsides. Despite its simplicity, it's also engrossing as you micro-manage your rent or try to get "Hardnope" the skeleton a lover with your smooth Demon-King skills (I bought him a heart-shaped bed). 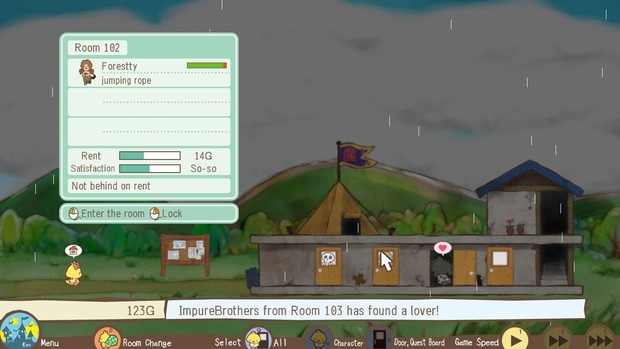 This is only half the game, however. Did you really think the local human population would be fine with an apartment of monsters next door? Every once in a while, farmers, thieves, mages, and so on come-a-callin' with the goal of killing your monsters and stealing your precious accumulated rent money. Combat is as simple as knocking on the doors of your monsters. If home, they'll go out to fight, and with a little practice you can skillfully arrange your close combat, mid, and long-ranged monsters into a cohesive order of battle. Your main initial method of income (and how you unlock additional floors towards your goal of a fancy apartment building) is a sign board out front, filled with missions that spawn enemy waves to destroy. Be careful, though, because your monsters have their own schedules, and it's entirely possible to have half your apartment at work or out shopping when an attack strikes.

This is where the game is at its weakest. Battles take place in a single line, with monsters being unable to pass each other except in retreat. This means a particularly stupid long-range monster can hold up your entire line. Due to the limited area of your apartment, battles almost always stagnate near stairwells, with monsters higher up or lower down unable to participate. It can also be amazingly difficult (if not downright impossible) to save your monster's lives, making them highly expendable. While this makes your apartments highly attractive to demons, it also makes the lives of your monsters feel cheap and transient. It often works out better to simply throw your monsters at the enemy with reckless abandon, regardless of the losses. 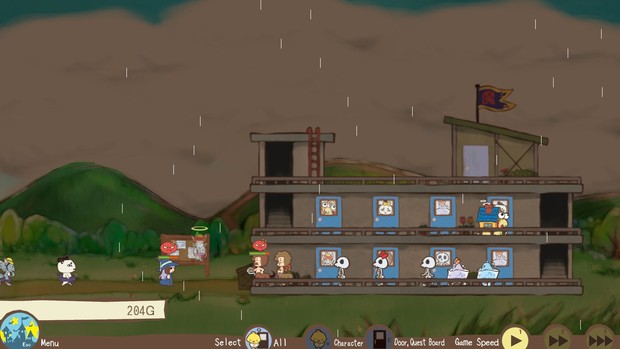 Ooda of Room 101, you had so much jump rope ahead of you

Unholy Heights has elements that are highly endearing, and the game is certainly cheap enough, but it doesn't provide the correct level of reward for your effort, and it's downright crushing to watch your entire apartment get whittled down because of a stupid stairwell.

Try the demo - it will cover the point up to the first room expansion. It's currently a pretty reasonable $4, but my personal recommendation is to wait for a sale. A good, cute time waster with a lot of good concepts but a flawed execution.

A member since... A really long time ago, Panda is a Dtoid moderator, as well as a former contributor of previews, reviews, and general stuff.

Powered by superelectromagnetic energy and allergy medicine, Panda was constructed primarily to play video games, then restart them halfway through. Is it ADHD or are they doing it to annoy you?

When not failing to finish video games, Panda will gladly talk about capybaras, music history, or why you should watch that weird anime from 2006 (or, I dunno, gunpla or Kamen Rider or whatever).

Will probably die from trying to pet a bat.

Asking Panda their favorite *Insert Thing Here* will lead to a 1,500-word reply or an anxiety attack. 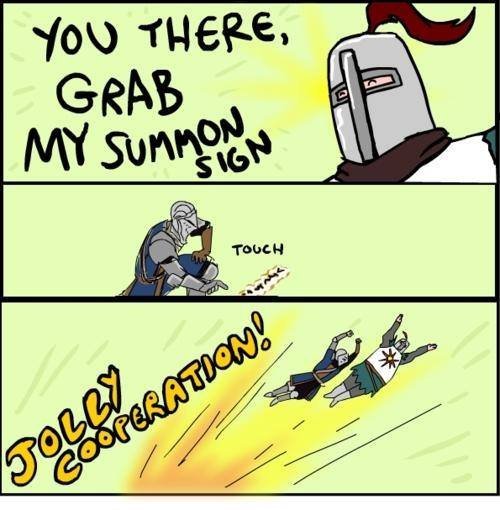 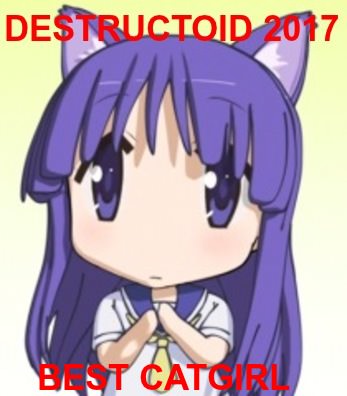