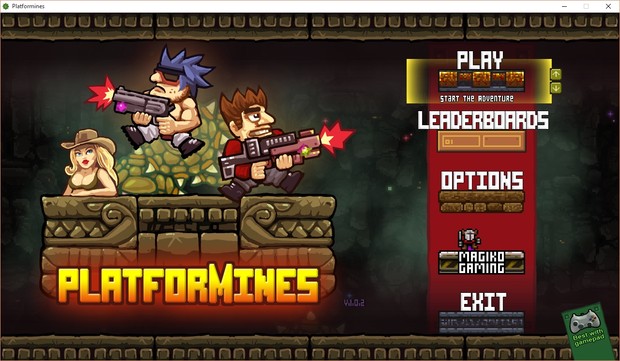 Interesting concept, crashes right out of the gate

Platformines is terrible. No, you could stop reading now if you wanted. I'll explain my position, but that's the summary of it.

A randomly generated 2d-platforming shooter, the focus of this game seems to be collecting loot and items in a quest to rebuild one's broken-down spaceship. Featuring ultra-blocky pixel art and swinging that swiftly-tattering retro banner about, this game looks promising at first glance.

Wonkiness intrudes the moment the game loads up, as the title screen is accompanied by "The Nutcracker Suite".

Why? No, I'm asking. What in all the worlds of conceivable givable shits does The Nucracker Suite have to do with an underground punk-sensibility shooter? I'm guessing the designers needed royalty-free tracks, but surely there were some appropriate Kevin MacLeod tracks out there. The dissonance here is astounding.

Once we've started a new game, we're given the option to customize our herd -- oops, it says hero, sorry -- by taking a basic figure and selecting from three or four each of hairstyle, eyes, mouth, nose, upper body clothes and lower body clothes, along with gender. It's shallow, but there are plenty of combinations and the random name generator produces some amusing results.

With our character created, we dive into the game... which instantly brings up a world map.

It took me a solid two minutes to figure out how to enter the game. Initially, no keys produced an effect. I tried WASD, arrows, space, numbers, then random letters and symbols. Afterward, I discovered I needed to click off the game and click back on before I could scroll the map about.

After that, I continued to press keys to no effect. I decided enough was enough, and clicked ESC to try to end the game.

The map went away, and my character appeared.

Takeaway: To begin the game, press the ESC key.

So, we're given a brief tutorial by generic science-guy as our hands our held through jumping, purchasing, inventory management and what not. It's there we're exposed to the following cluster of information:

Jump is space. Movement is WASD. Fire button is CTRL, but only left CTRL, or the left mouse key.

So let me get this straight. Space to jump, WASD to move, left mouse to shoot? How many hands are we supposed to have? We could use left control, but that makes firing more than a little uncomfortable.

Following that mess, we learn the Q key is our default action/confirm key.

Q. Seriously, why not Enter? Why Q? Maybe I've just been playing good games too much, but I feel spoiled for good control schemes.

It's as if the developers of platformines saw dozens of platformer games with perfectly functional control schemes and decides their gimmick was going to be not a competent narrative or exciting gameplay, but a new control scheme.

This is why my discussion here is a first impression. Running, shooting and jumping feel awful in this game, completely unnatural. Combined with the disocciative soundtrack, I had no desire to play any further.

Oh, and this lump of transsabdominal scar tissue is $10 U.S. on Steam. 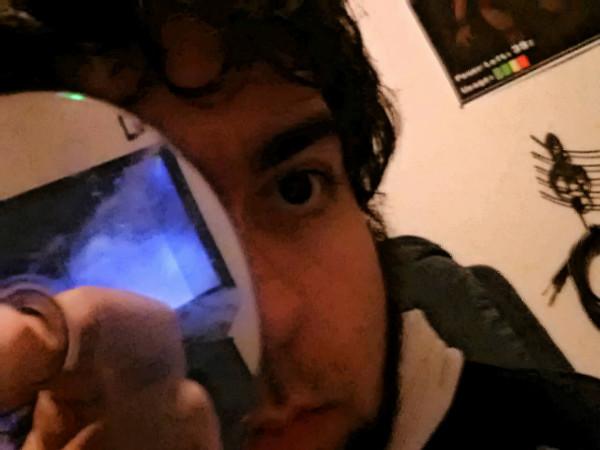 This Travisionist typically writes at https://thetravisionist.wordpress.com, but thought it would be a splended idea to stick his neck out and visit the greener pastures of games writing.
He's more inclined toward the indie PC gaming scene than consoles, has a somewhat respectable beard and a load of programming courses on his agenda in the next months. With endless love for The Binding of Isaac, Five Nights at Freddy's and Portal, for example, he's punched his pretentious indie card numerous times.
A former print journalist outside the games industry, he's ready to write for a subsection of the world that matters to him.