I’ve never cared much for the modern iteration of Fallout. I love the classic entries, and enjoyed both Fallout 3 and New Vegas for what they were, but have never understood the Fallout fervor that Bethesda’s recent entries have been met with.

(I’ve touched on why I don’t like Fallout 3 all that much here, if you want to take a look)

That being said, I’m totally fine with people loving them. My college roommate from back in the day couldn’t have cared less about video games until Fallout 3 came out. I bought the game that day it was released, played it a bunch in front of him, and later returned to our dorm one weeknight to see him absolutely engrossed by the game. He found a bunch of shit that I hadn’t within a few hours. I didn’t touch my PS3 for a long time after that fateful day – he was too busy terrorizing the Capital Wasteland.

Since seeing Fallout’s ability to really make people give a shit first hand, it’s something that’s always been on my mind. With Fallout 4 on the horizon, it’s hard to have a discussion about video games in everyday life without it coming up. 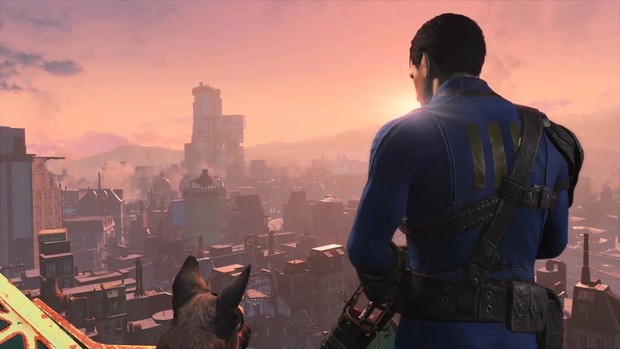 Trust me. I had to listen to someone talk about the game at a wedding reception recently.

Today, however, I overheard the most interesting thing about Fallout 4 and the franchise’s overall appeal during a class at my community college.

A few moments before the lecture started, one of my classmates mentioned Fallout 4 to the guy sitting next to him. They were both clearly excited for the game, but the second dude’s response was nothing short of eyebrow-raising.

“If I get it on PC,” he said (with enthusiasm clearly brimming from his throat), “I know I would jump right the console commands and start breaking my immersion.”

[Maybe sort of drunk editor's note: He later went on to say that he was going to play Fallout 4 on his PS4, so that he could play the game "his way." My bad for forgetting this part]

Now, for the anointed video game lover, this really isn’t anything out of the ordinary. It blew my mind, when looking at the dude, that he was so confident and sure of himself. He knew exactly why he wanted to play Fallout 4 and what would detract from his experience.

Immersion, that strange mistress, was the guiding force behind his attraction to the series.

Video game fans – which, for the sake of argument will have to mean everyone from journalists to the people who write mean things in comments and people who are at least familiar with the industry – are all too familiar with the term “immersion.” Lots of writers use it frequently; it’s a crutch when describing the ethereal elements of a game that we’ve been taken by. What’s immersive to one might not be so to another person, but as far as most people are concerned, the dissenting opinion is wrong because well, they just don’t get it. 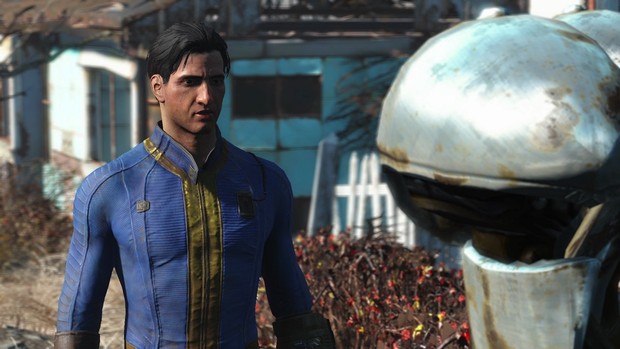 I’m in this camp too, admittedly. I’ve written about the most immersive games (in my opinion) and critiqued a few titles for actively breaking an immersive experience (again, in my opinion). But it’s strangely refreshing to hear someone who by their own later admission, doesn’t really play a lot of video games. Much like my old roommate – who I would like to take a moment and inform you all went by the name “Silky” – my classmate got down with Fallout because it lets him become actively immersed in a video game world.

Judging by his statement, it’s safe to say that immersion (in his opinion) relies on the core gameplay experience. A video game, after all, is a game with rules of play. To get the most out of Fallout 4 – the experience which he desires – he simply cannot play it on a specific platform because it would be too easy to break his immersion, thereby depriving him of fun.

We all have different ideas of what makes a game fun. To Silky and my classmate, fun is found by wandering around the ruined shell of America. Maybe they just like looking at the scenery, or targeting specific body parts for gleeful barrages. Perhaps they are immersed by the world that surrounds them because of the Fallout franchise’s lore and they can put themselves into that quirky universe. It’s possible that they love Fallout games and are unbelievably excited for the next iteration because they have no other way to occupy their free time.

Because video games are such an integral part of my life, it’s easy to get bogged down and disenfranchised by them. I wind up playing so many games in a given year that it takes a lot for a game to really feel special and stand out from the rest. That’s where the Fallout games lost me. I was never compelled, I think, to be an active participant in the wasteland. I was a passerby, some sort of quizzical writer-turned-nomad who wasn’t interested in drinking from irradiated toilets and couldn’t help but wonder why no one bothered to repair society instead of just cobble things together. I was someone who was never immersed by the drab colors and grainy radio signals.

More than anything, I was – and probably still am – someone who really just hated having to wear a stupid oversized wristwatch in order to be fed gameplay mechanics. 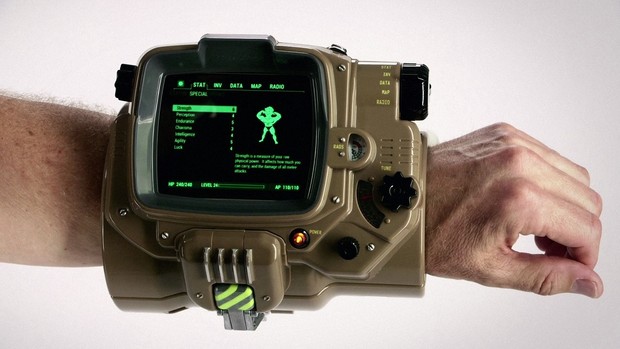 It’s easy to look at what I have to say about the Fallout games and think that I am bitter or something to that effect. Most games journalists (or bloggers, or whatever) are. I don’t mean to come across as that. In fact, I want to stress the fact that the disparity between my own feelings towards Fallout and the experiences of Silky and my classmate are maybe the most exciting thing I’ve thought about in video games for quite some time.

Both people, who are not necessarily “core” gamers, have found a sense of place in Bethesda’s role-playing games. These are people (Silky, at least for sure) who do not read any gaming press (even my published work, that dick) and don’t care for many other titles out there. When it comes to video games, Fallout 4 is their big name game. Knowing that it’s coming out soon has them excited about video games, maybe not as a whole medium, but they actively care about these goofy interactive things on TV screens.

At least for a little while longer, I think video games are going to be okay by that.