Denuvo is a perfect example of why I'm always ranting about DRM. (Rant inside!)

I've been playing a lot of Metal Gear Solid V: The Phantom Pain recently. I love the Metal Gear series, and I couldn't wait to pick this new title up on the PC, now that I've gone almost completely PC this generation.

I had been enjoying the game quite a bit, and I wanted to play it with a friend, with whom I had already played the previous entries in the series. I copied my Steam client to my external hard drive, along with the game's installation folder. Keep in mind, now, I've done this a hundred times with nearly every other game I've ever bought through Steam; one of the client's best features, whether or not it's seen as a "feature" by Valve, is the fact that it's totally portable. You can copy/paste your client and library from one machine to another, and you won't need to go online to start playing on that second machine; Offline Mode works perfectly across multiple PCs.

But when I tried to run The Phantom Pain on my friend's machine, I got a strange error: I was told that the game had to be starte online at least once before I could play it offline. So I figured, okay, maybe I missed an update in there somewhere and my files were out of date. But when I checked everything out, I realized that no, everything had been in order. So I wracked my brains trying to figure out what was stopping the game from launching, and I found a tiny, 1KB file in the game's userdata folder called dbdata. It turns out that this is part of a fairly new DRM scam called Denuvo Anti-Tamper, and it's made by the same people who invented SecuROM.

Denuvo Anti-Tamper is a self-proclaimed, "don't-call-it-DRM" system that's supposed to protect clients (like Steam) and games from being modified; essentially, a DRM protector. Well, that's a huge crock, since Anti-Tamper itself is indeed DRM. After doing some research, I found that the dbdata file is actually hardware specific, meaning I have to validate my files every time I want to run a game that implements this system on a new machine. What's more, this shit isn't listed on any Steam game store pages as 3rd-party DRM, since Denuvo has actually convinced people that Anti-Tamper is actually DIFFERENT from DRM, and it isn't DRM at all. This is absolutely unacceptable, and an outright lie to the faces of potential customers.

Denuvo made it perfectly clear that their product is intended to protect games and clients from piracy and modification, and that it's not DRM, which is a giant lie. Denuvo, and Denuvo alone, prevented me from playing my legally purchased, unmodified game through my legally downloaded, unmodified Steam setup. My digital rights were being managed. DRM. Hell, it's DRM FOR THE DRM, which I can still barely even comprehend. Call me crazy, but I'd like to, you know, PLAY what I bought without having to ask permission to do so, much like most Steam games allowed me to do before Denuvo showed up and soiled the industry. Steam's client DRM was plenty, and now we have this bullshit that doesn't even have to be listed as DRM, since the company said so, so it must be true.

When I went online on my friend's PC, this horrendous thing popped up and slapped me across the face: 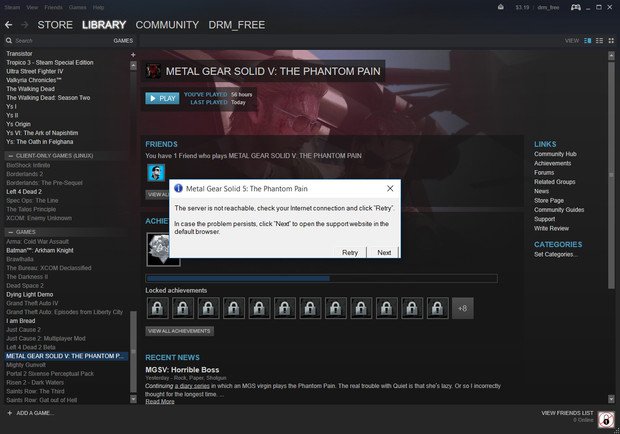 I had no idea what was going on, so I just clicked Next to see what would happen, and I was accosted by this: 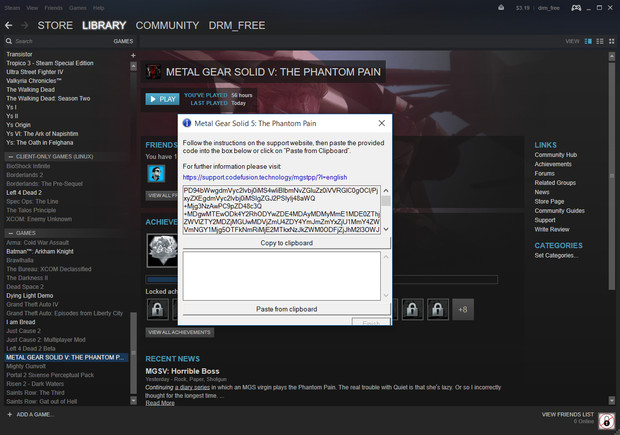 At this point, I was absolutely livid, because I knew exactly what was going on: It was trying to make me download a new file that was specific to my friend's computer. Before I could figure out what to do next, my web browser automatically opened, and I was blinded by this: 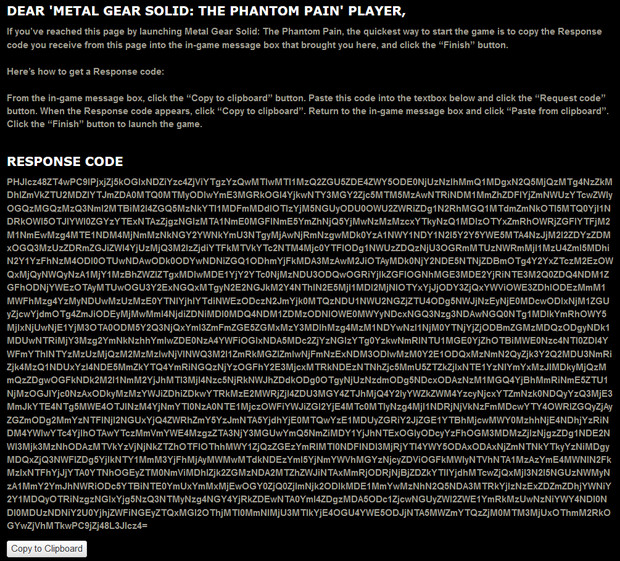 What the actual fuck is the point of all of this shit? Are we fucking lab mice to these asshole developers and publishers? And why in the name of everything holy doesn't this piss more people off? Do we live in a world in which instant gratification is so damned important that people actually don't care that their games are going to eventually be snatched away with the flip of a single switch? This is a "not if, but when" situation here. Hell, I got all of those same error screens a second time after simply letting an update download automatically and then trying to run the game ON THE SAME FUCKING MACHINE that ran it in the first place; I was online and connected the entire time!

Apparently, there was a time when Denuvo actually kept track of how many days had passed between the release of their last protected game and the day said game was cracked. They claim that they know their system will always be cracked in the end, but keeping it uncracked for at least a couple weeks is all they're looking to do. Okay, that's fine, I get it; the most money is made within that first couple weeks, so as long as you can cause the most legitimate sales to happen during that time period, you consider it a win. That's great.

THEN PATCH DENUVO OUT AFTER THE FUCKING GAME IS CRACKED!

This company is obviously aware of the instant their system is broken (for The Phantom Pain, it was five days, I believe), so why is it still in all of those games? There are games that were released damn near the middle of 2014 that still have this hardware-locking horse shit in it, and I would LOVE to know the reason for that. They will NEVER beat pirates, and they seem to damn well know that. Well, thanks for just leaving legitimate customers to deal with this shit forever. We really appreciate the hell out of it.

I later found out that Batman: Arkham Knight is also subjected to this same invasive system, and I'm very interested to see if the eventual Linux version of Batman has this DRM; will they actually have the gall to force it into a free, open-source operating system? The fact that Steam games are still client specific in Linux is a bit surprising, so I guess anything goes nowadays. I'll tell you one thing, though: It's shit like this that make me realize that consoles will ALWAYS have a place in this industry, no matter how much more open the PC is. I'll take ownership over a few extra pixels any day of the week.

I sent a really long email to Denuvo calling them out on making people think Anti-Tamper isn't DRM, but - as if this is any surprise at all - they haven't responded.