How to get me to care for VR. Make this TV show a game on it 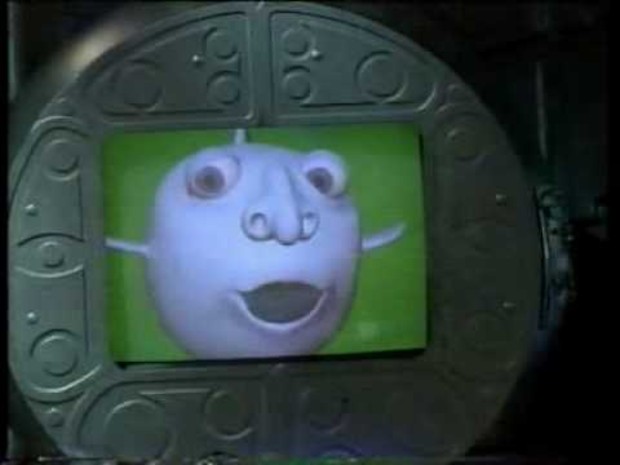 Ok this is going to be one of those "Yeh the UK is weird so deal with it" things but I just really stumbled upon this and it brought back memories and now we're in an age where VR tech isn't a specialist thing.

So picture the scene you're a kid whose just rushed home from school to turn on the kids TV shows (then unlike now the kids shows were very much only on at very limited times and there was no youtube). A new show is starting out a sort of game show about VR and a sort of spiritual sucessor to Knightmare. Welcome to the weird and Wacky world of Virtually Impossible. A TV show that set one contestant into a virtual world to try and win back video gaming from the mega corprotation now holding it randsom. (Man if EA, Ubisoft or Konami had a sense of humor they'd publish this with them as the evil company aswell as a joke) To win it back they must score over a certain ammount in the 4 games, normally a 3D platformer like game called Tetris Towers, A Dungeon crawler, a strage spaceship flight sim and a kart racer.

Yes that's a fish swimming in cyberspace with a nose. Yes that's a kids TV show about playing VR games. Also a very useless piece of information is the games actually ran really badly. Behind the scenes talk on the show revealed the developers of the games you see were told the specs of the machines months in advance and so produced the best looking titles they could to max out the spec. The problem was when they arrived on set the machines given were vastly less powerful for the titles and so they had to do as much technical meddling as they could to get the games running just about (albeit running quite badly). With Modern VR technology it's almost shocking to me that no-one has yet tried to make this to give everyone who grew up as saw it a chance to now feel like they're taking part in it and vicariously relive a bit of their youth. Only this time being able to play it themselves not just watch.

Oh and for those of you who want to watch the rest of the cheesey UK show part 2 and part 3 of the first episode are also on youtube.