With the holidays coming up, all kinds of businesses are looking for people. Right now, that means I have seen so many cardboard boxes it would make Solid Snake's head spin. I have bent, shaped, folded, taped, slid, lifted, stacked, cut and carried more cardboard boxes and displays in the last week than there are Walmarts and Targets in America.

And we have to stuff product in these displays, too, because those poor retailers are too lazy to do that now, I guess. I don't know why Hello Kitty, Teenage Mutant Ninja Turtles and Minions go with displays that are very clearly meant for Disney products, but I guess Kohl's is about as discerning as most grandmothers. All I know is I've been looking at Minnie Mouse, Elsa and Cinderella for the last two days.

I'm doing this eight to ten hours a day, six to seven days a week. Everything is tired and sore and on top of that, the WiFi at this job sucks ass and I can't get a smartphone again until next week (they're forbidden on the warehouse floor, too, because reasons) so me doing the community manager thing has been difficult. The long commute isn't helping. I'm left so tired I end up napping in my car at McDonald's before heading home and also to avoid rush hour traffic.

Did I mention they only give me a fifteen minute lunch break? It's barely enough time to eat a sandwich or finish a cup of coffee.

Anyway, that's enough complaining. I'm doing it because the money is damn good and I'll likely get game consoles back in my home again. And internet. Soon I will be enjoying more odyessys, demon blades, sneaking missions and dancing all night and at least have a New 3DS, PS3 and maybe a PS4 if this job and my body hold out. Gotta have that Fallout 4.

Hands ached as I tried to play Spelunky tonight, though. That's not fun.

With time being as limited as it is, I'm going to have to change how the monthly recaps are done.  You may have noticed that the September recap is AWOL and that's largely because school, college site redesign and August and September being slow on news. Also, I was trying to find gainful employment. Seems I got more work than I bargained for.

Given the circumstances, I'll be bundling the September and October recaps together and releasing them in smaller chunks in early October. One set will be Promotions and Bloggers Wanted, then Band of Bloggers and Comments of the Week, and then Recap Team Favorites.

That aside, I'd like to remind everyone you still have a full week left to get your "Those meddling kids" Bloggers Wanted entries in. Also, I'm not writing about Persona 4, but something else, so if you were holding back because you thought I was claiming that, you can have it. There are plenty of meddling kids in the Shin Megami Tensei multiverse. I'll be focusing on SMT: Nocturne and SMT IV.

And now, I'm off to check my Fallout shelter, Vault 808, and try to squeeze in some FFX-2 before bed. 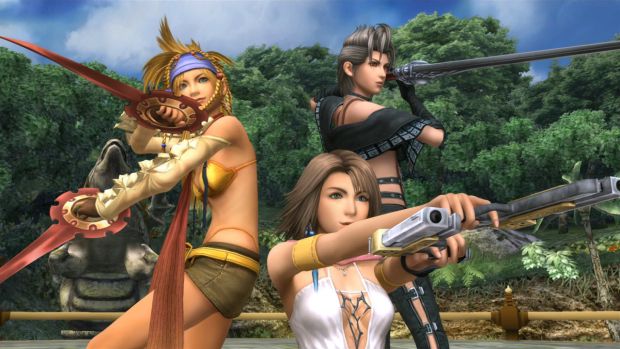