I know this is like 3 month's late but as some of you know I've been dealing with some shit so I'm sure you'll forgive me. Anyways, last blog I showed off the amazing art that I picked up this year at Fanimecon, so this blog I'm going to talk about the Con itself and show off some of the pics I took.

Unlike last year where I only went the last 2 days, I decided to go for the full four days this time around and it was most definitely worth it. Seeing as last year I mostly just wandered around checking out the spectacle of it all, this year I actually got to really check out most of what the con has to offer. 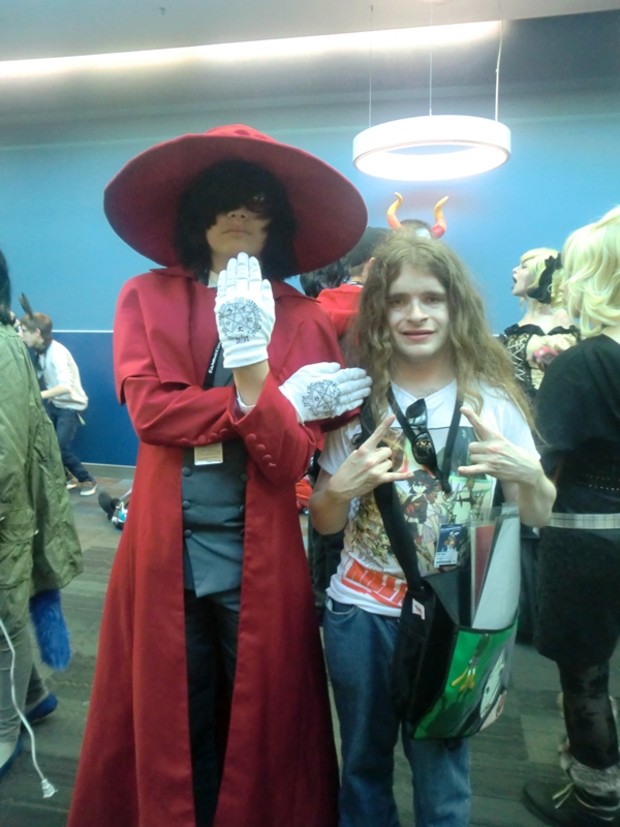 Friday for me was mainly just that, wandering around and checking stuff out. Most of the merch and art prints I decided to try and get the first day as to free up the rest of the weekend to check out everything else. I also took a whole bunch of pics of some fantastic cosplayers 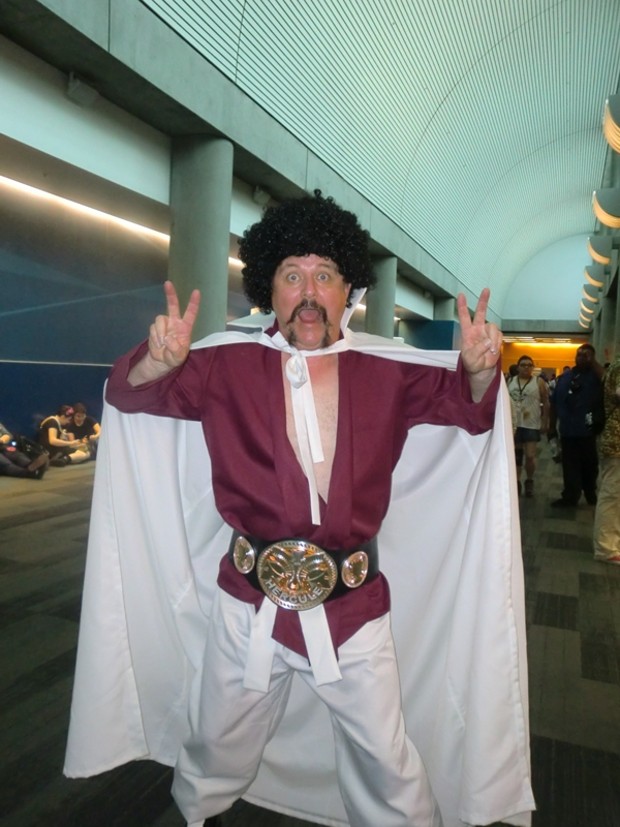 This was the first guy I saw when I got in. 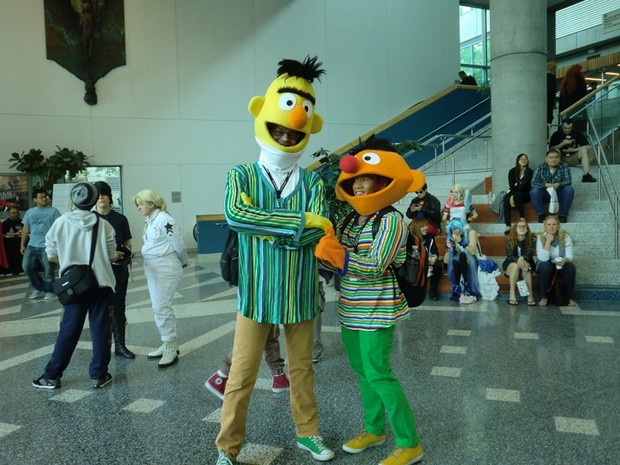 This dad and his son dressed as Bert and Ernie were awesome. 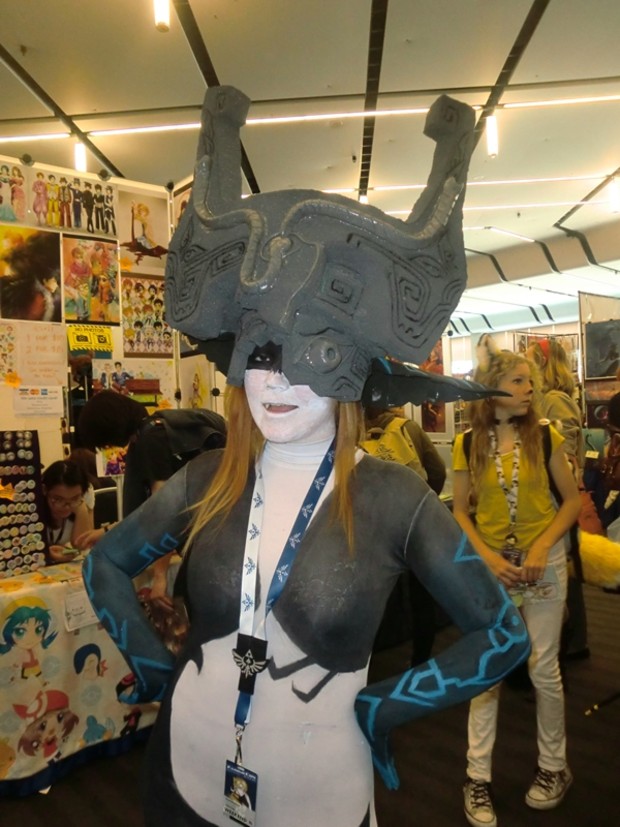 This one's for you Seymour. 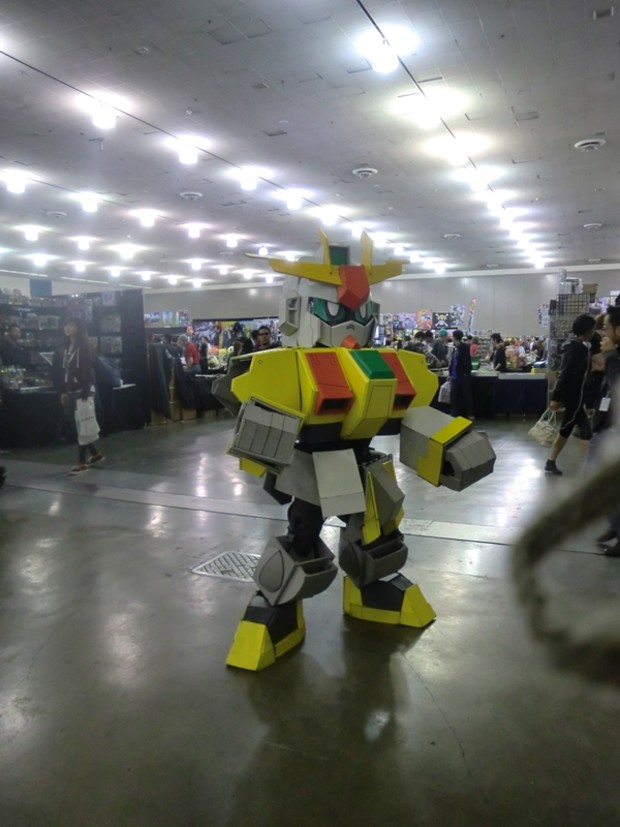 That suit's gotta get fucking hot. 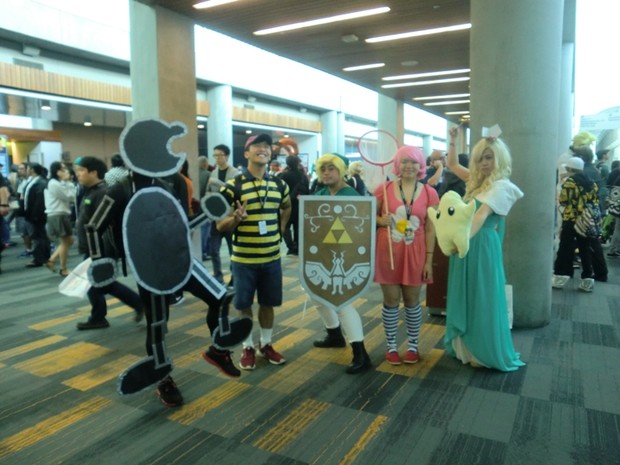 The best part about this Smash Bros. Picture was it was right before Lucas was added to the game and right after I took the picture some guy dressed as Lucas walked by saying "Dammit, I can't be in the Smash Picture for 2 more weeks". Also the fact that a guy dressed up as Mr. Game & Watch. 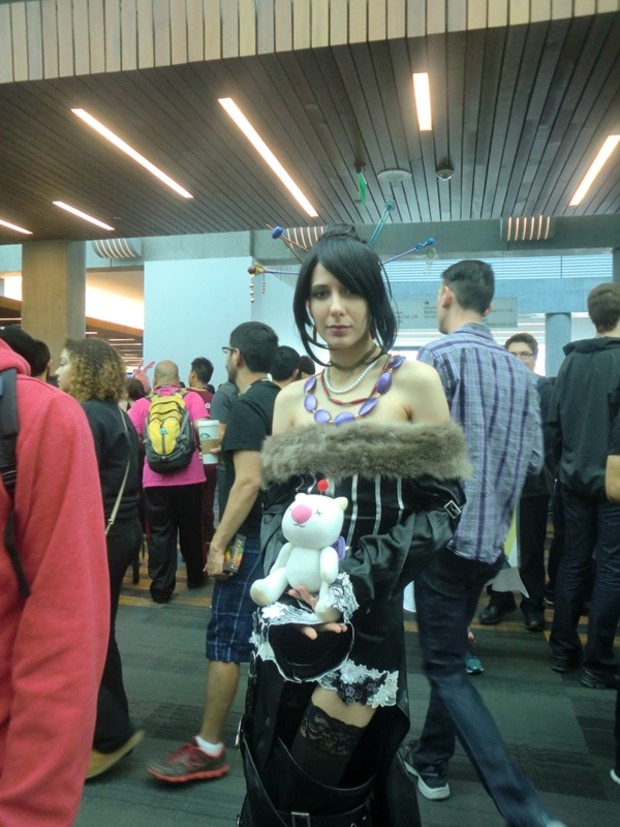 Of course when I saw this woman from all the way across the hall and B-lined it to her to get her picture. Luckily my friend dragged me off before I started getting too infatuated. 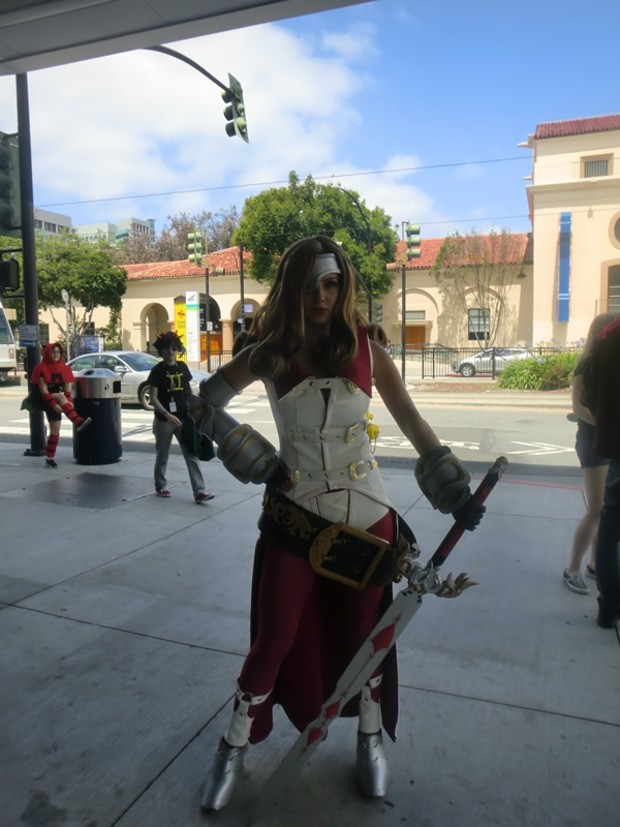 This woman dressed as Beatrix from Final Fantasy IX though almost made me forget about Lulu. 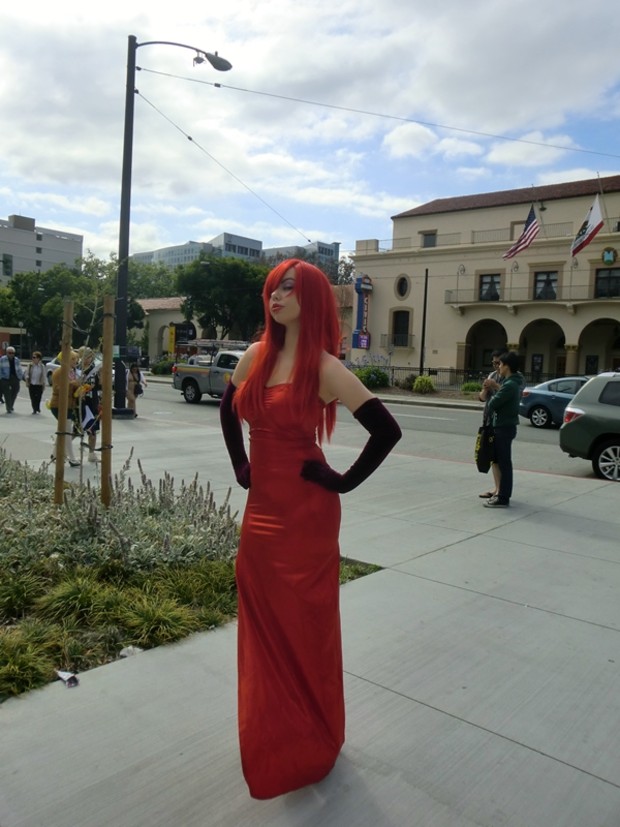 So did this Jessica Rabbit. 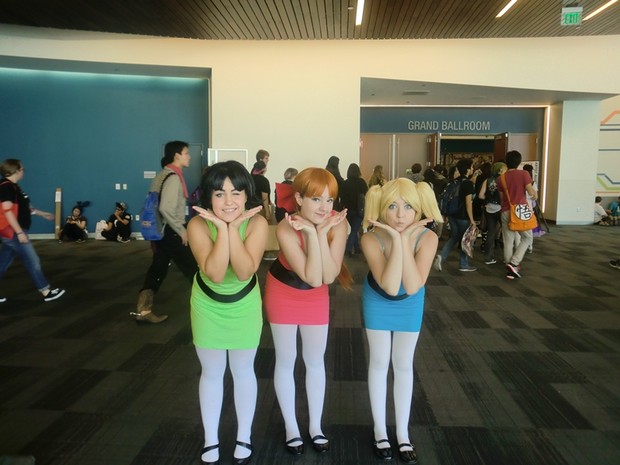 These girls as the Power Puff Girls were absolutely adorable. 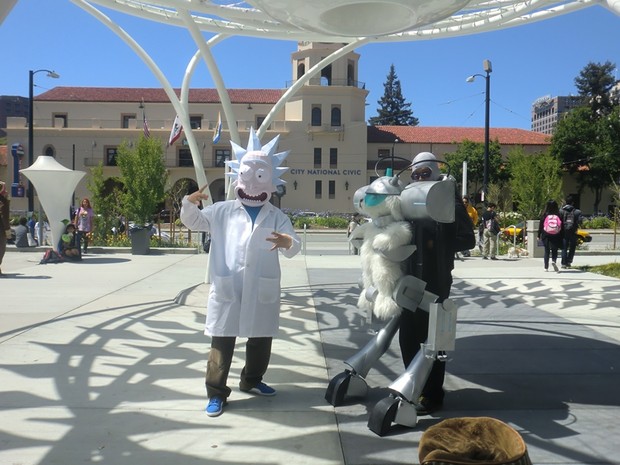 Probably my favorite one of this year is Rick and Snowball. 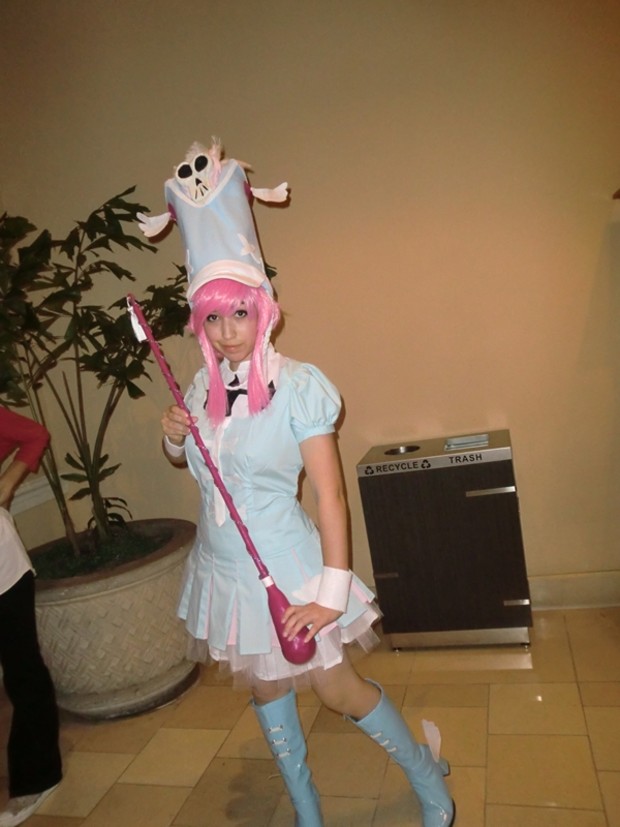 There were lots of Satsuki's and Ryouko's, but this was the only Jakuzure I saw.

Late night Friday was also the Cosplay swimsuit contest. Knowing how these things go, I got to the line early to try and get a good seat and luckily managed to get up in the third row. Some of the contestants included a sexy Link, a guy who was a hot Nurse from Silent Hill and some hot babe as the Moon from Majora's Mask. The best though was the guy who dressed as Armstrong from Full Metal Alchemist who not only was in character the whole time, but had the muscles to back it up. 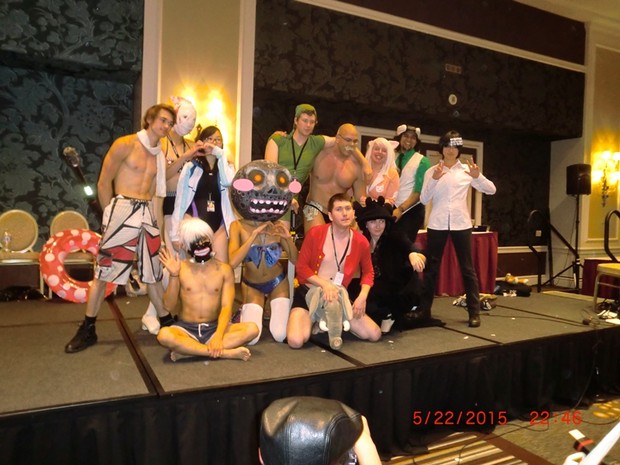 Honestly for a couple of minutes, I thought that guy was Jonathan Holmes.

Saturday I got my friend to come along with me who had never been to a convention before. I showed him around the artist hall as he's a big fan of art as well and he was all sorts of happy. We played some Smash Bros. in the gaming hall and realized just how bad we really are and we got nice and toasty at the Fairmont in between the panels. 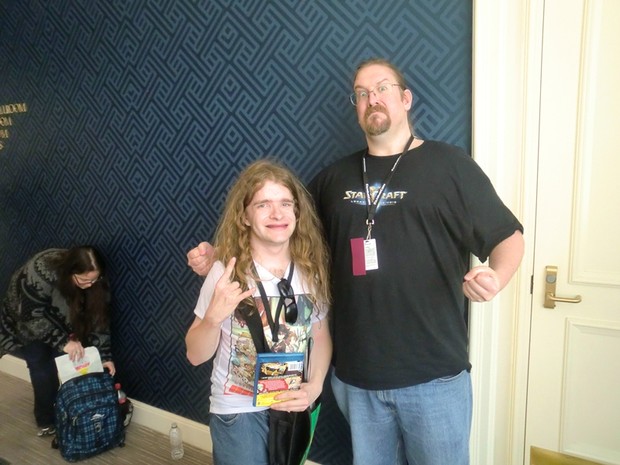 Saturday also happened to be the day that Patrick Seitz had a panel. For those that don't know, Patrick Seitz is a voice actor known for Scorpion in the recent Mortal Kombat games, Gamagoori in Kill La Kill, JP in Redline, Ragna in Blazblue, Luke Valentine in Hellsing , the announcer in Persona 4 Arena and a slew of other Anime and games. He had a Q&A panel where I got him to do a "Get Over Here!" and met him afterwards where he signed my Redline dvd. He was a legitimately cool dude and I'm super stoked I got to meet him.

Sunday there were only a handful of panels and the only big thing I was really interested in on Sunday didn't happen til late at night, so in order to pass the time I looked through the pamphlet and saw that Speed Dating was going on. I figured what the hell and decided to test my luck and check it out.

I wasn't the only guy that thought that apparently because about 200 guys were all hoping to get in as well. To top that, only about 25 women showed up so in order to accomodate they decided to let the guys in by raffle. So I sign up for a ticket and enter not really thinking I'm gonna get picked and of course as I'm sitting there looking through the pamphlet for other stuff to do they call my name out. What followed were the most awkward 45 minutes of my life as I struggled to talk to 25 women that I had never met before attempting to make some kind of connection realizing that I have no game whatsoever.

So after utlimately getting rejected and hitting the bar to drown my shame, I decided to go check out the Metal Gear fan panel. It was a nice little retrospective of the series leading up to now and I even managed to win a copy of Silent Hill 2 for getting some trivia right.

Monday was a pretty lazy day as I was pretty wore out and the con ended early so I spent most of the day just taking more pictures and hanging out. I got to meet all sorts of nice people and the overall atmosphere of the convention is pretty great. 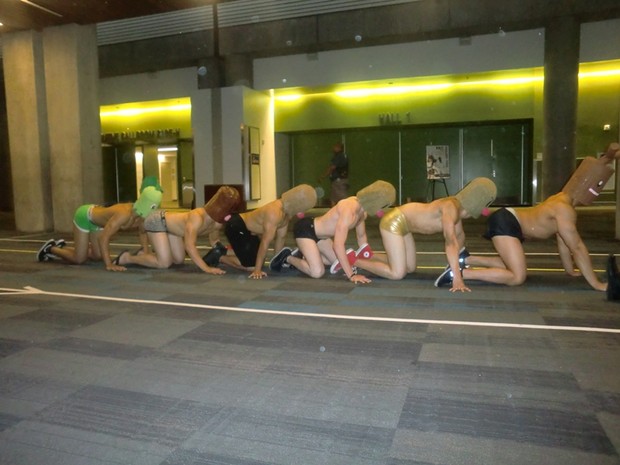 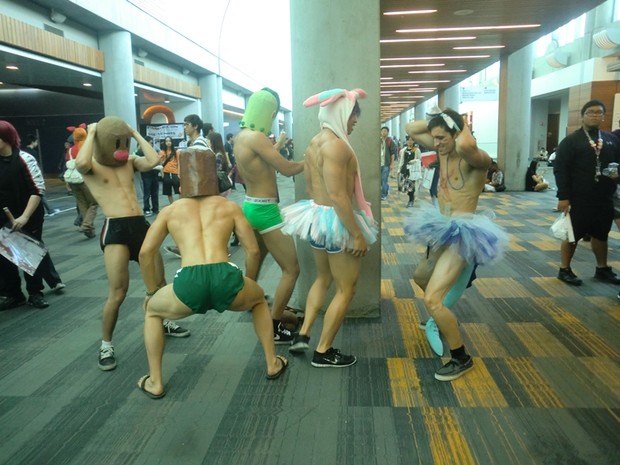 And a Pokemon Twerk off. 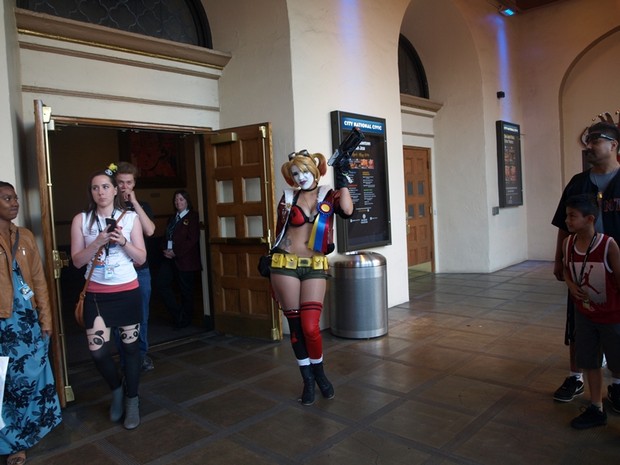 This Harley Quinn won one of the Cosplay contest prizes. I think I can see why. 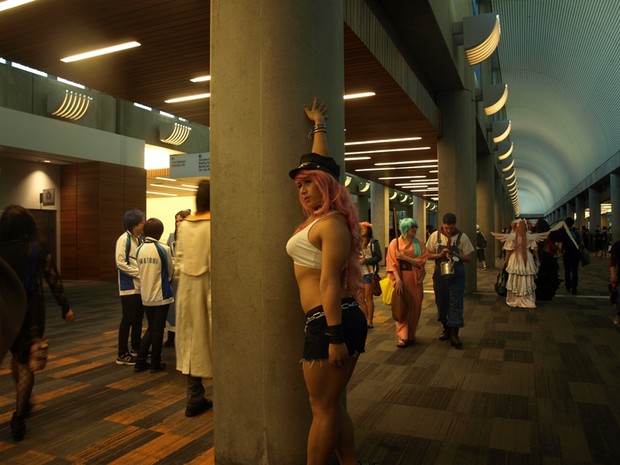 I think it took me a good 20 minutes before I realized that's a dude. 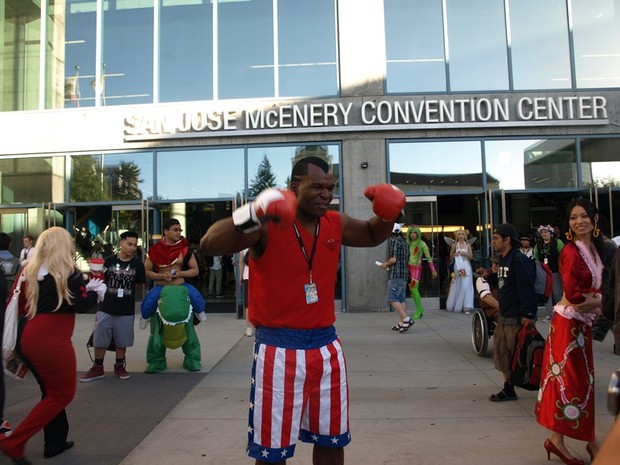 If I didn't know better, I honestly would've thought this guy was Mike Tyson. 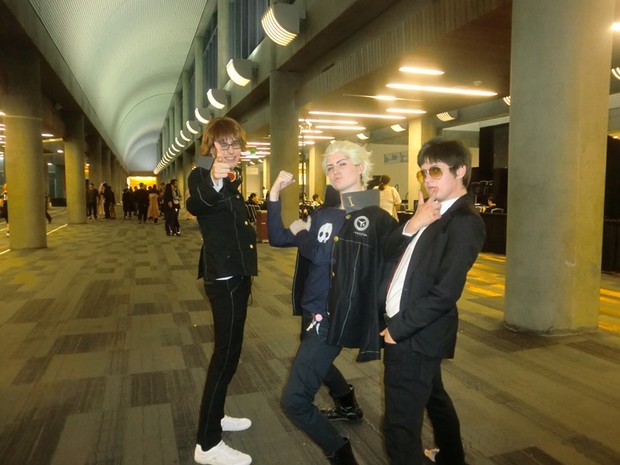 This guy did a pretty good Kanji. 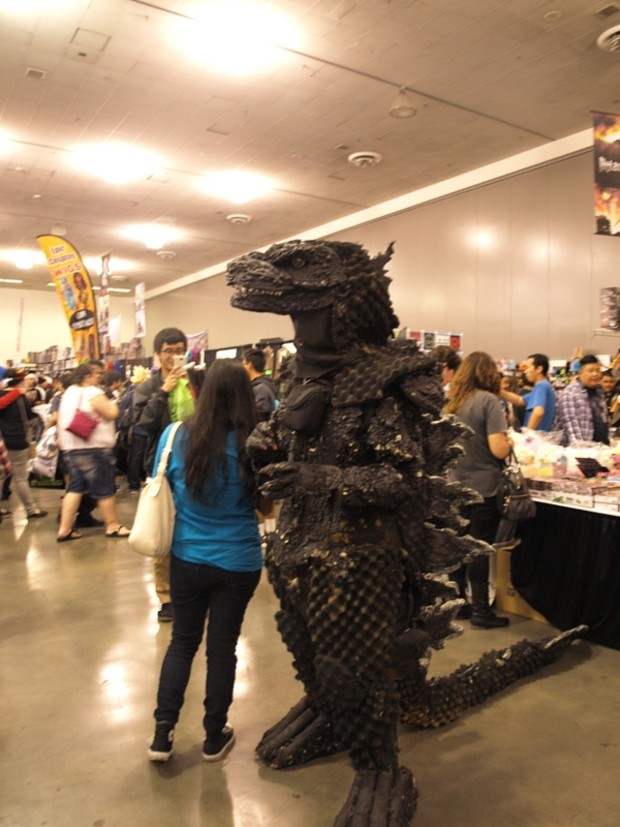 My favorite part about this Godzilla is that it's made up of packaging foam. 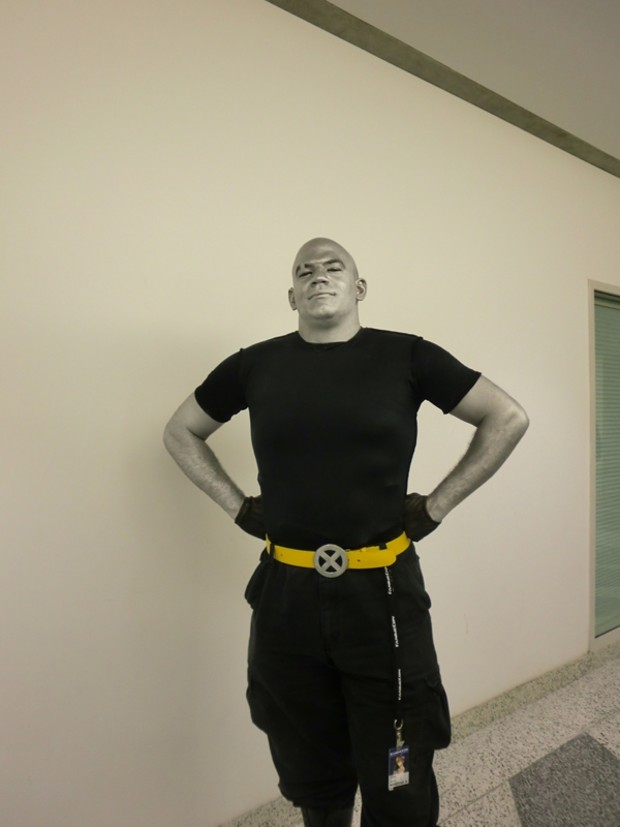 How long do you think it took to get all that paint on. 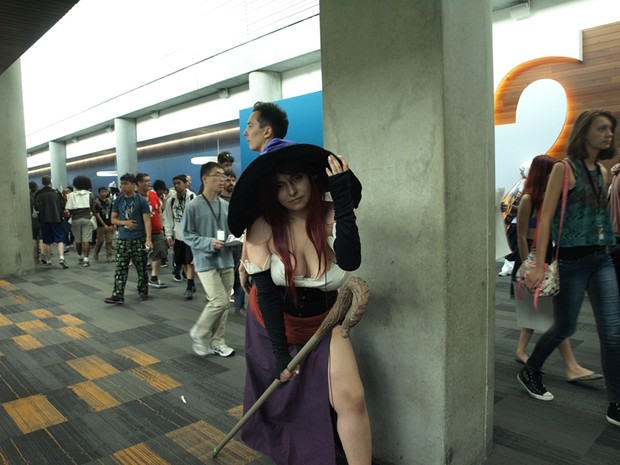 You have no Idea how hard it was to ask for this picture and not feel like some perv.

So that wraps up my Fanimecon recap. It's definitely worth checking out if you happen to be in the Bay Area when it happens. I'll definitely be going again next year and I'm hoping to check out some other conventions in my area as well.