There are some minor spoilers for Metal Gear Solid 5 contained in this blog. Not much regarding the plot is detailed, but if you wish to play that game with a fresh mind, do not continue past the picture. 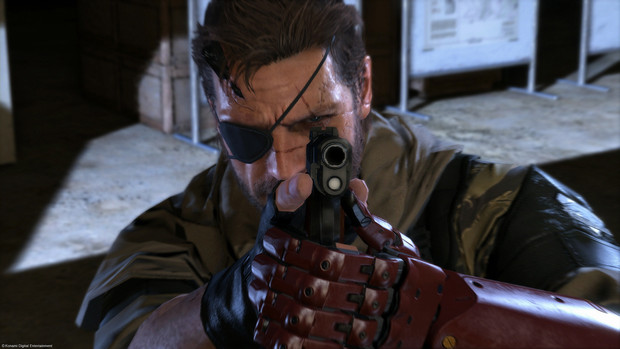 Metal Gear Solid 5 may not have the most detailed plotline, but it does bring up a lot of interesting questions. Things that deal with nuclear warfare, genetic manipulation and honor are standard fare as far as Metal Gear is concerned, but child warfare is relatively new.

Aside from Raiden in Metal Gear Solid 2, we've never seen children on the battlefield or heard of their past. MGS 2 tried to describe how Raiden was robbed of his life because of Solid Snake, but what about kids who never had a chance to experience life in general?

The mission Blood Runs Deep in Phantom Pain tasks Snake with eliminating 6 targets. The client they have taken on requests this so that none of the rebels talk. It's a dramatic increase from previous missions, but the biggest surprise is hardly the amount of targets.

When you approach the cell that contains the enemy, you find that they are children around 12 years old. It is truly shocking (despite pre-release footage showing them). Kaz gives you a short speech that details how there, "is no Heaven or Hell for these kids." Snake mutters that there is another choice; Outer Heaven.

This begins a thrilling and nail biting escort mission out of the camp through a guarded river bed. Apart from being one of the best missions I've ever played, the game got me thinking about what war must do to these children. 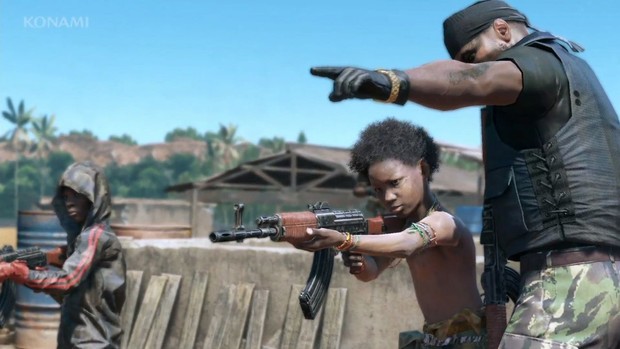 Even when Snake gets them to safety, will their lives be changed? Being raised in a literal battlefield has to have some kind of scaring effect on the psyche of these kids. Is it possible that war is the only thing these kids will ever be capable of?

This is, sadly, a question that is raised often in real life. CNN has a report from former child soldier Ngor Mayol that explains how he is living after fighting at the age of 15. Without any form of rehabilitation, Ngor leads a normal life as a grocery store clerk.

In his own words, "My life experience in the military, I was so proud of it, to defend the territory of South Sudan." For him, his time on the battlefield was noble. His cause made sense and he regrets nothing.

He has some nightmares of the friends he lost, but he seems to be friendly and calm. One cannot say if he is lucky or if PTSD doesn't effect children as much, but all hope is not gone. Sometimes, fighting battles at a young age will do nothing to you.

The terrorist group, ISIS, has sent many children into battle as suicide soldiers. Girls are turned into prostitutes or sold as wives and other children are given AKs and told to shoot on sight. A lot of these kids don't suffer from any mental trauma.

The biggest concern seems to be the never ending cycle of war. If soldiers are readily replaceable with children, then how many lives need to be spent to end a conflict? Can a man instinctively kill a child because the kid is pointing a gun at him? Is that a quandary that any person should be faced with? 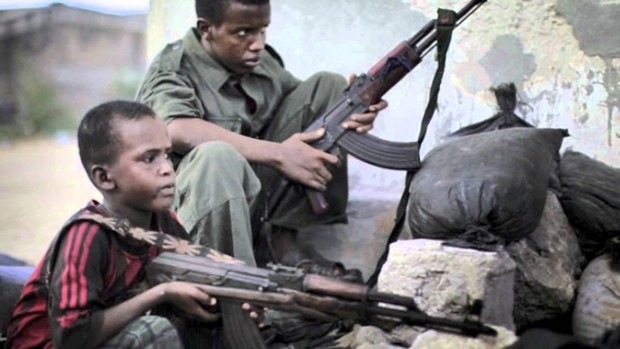 Metal Gear never answers those questions. Instead, the game will automatically fail you if any of the children die. There are also later missions where you need to infiltrate a base camp that is entirely composed of kids. In that mission, as well, you cannot kill anyone.

It seems the stance of Mother Base, and Metal Gear as a whole, is that killing children is morally reprehensible. This is in stark contrast to the plotline that details the fall of Big Boss. If he is truly an enemy, why isn't he getting his job done at any cost?

That isn't what this blog is about. Much like how Hideo Kojima included children in the Phantom Pain to spark discussion, I'm writing this to ask questions. I want to know what other people feel on this situation.

While I'm fairly certain we all agree that putting children into armed conflict is deplorable, we may not all agree on how their futures will turn out. I don't know that I would be able to escape the demons of my past if I had ever killed someone at a young age.

It also begs the question; is war natural? Is our species doomed to endlessly repeat a cycle of death and destruction? Animals in the wild will fight each other, but they don't enlist thousands of comrades to fall under a specific cause. Humanity seems to be the only species which tries to justify it's actions. 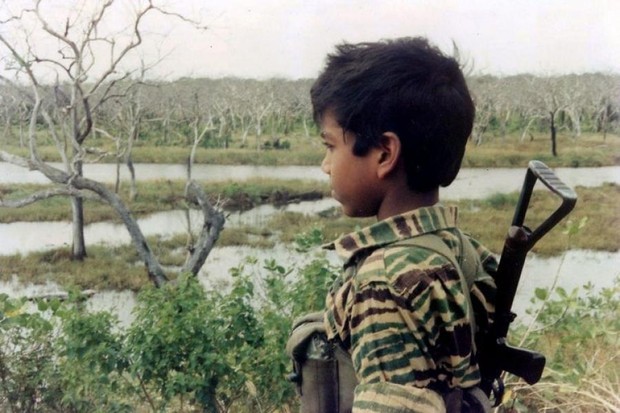 I guess when the going gets tough, throwing kids on the front lines is a quick and dirty solution. It's similar to cigarette companies and their marketing campaigns; getting them hooked when they are young builds a trust that is hard to break.

Whatever the answer, I'm happy to at least be thinking about something that afflicts our world. Without Metal Gear coming along and placing me in ridiculous and outlandish situations, I'd probably never give a second thought to the war machine and it's devastating impact on humanity.