What a tweest! Skylanders SuperChargers 3DS/Wii is a racing game!

Some time over the past day, a trailer for the 3DS and Wii versions of the new Skylanders title, Skylanders SuperChargers surfaced online, and I have to say, I'm actually pleasantly surprised with what they're showing off. There had already been hints that it would have the suffix of Racing at the end, but this open confirmation has me pretty interested:

Given the Skylanders franchise's history (is five years even enough to have a history yet?) of making sure to include almost every single toy in some way or form, I've got to give them some props for this one.

See, while the handheld titles have never been able to have the branching customization paths of the console title for possibly obvious reasons (having all of those characters and then two sets of attacks for them would get to be an insane amount of stuff to keep track of after a few games, as likely turned out to be the case), they did still manage to make it so that every single character, including the ones that were just recolors, all still worked. The data was still stored on the figure too, at least as far as I know, so no matter who you used, you were set. 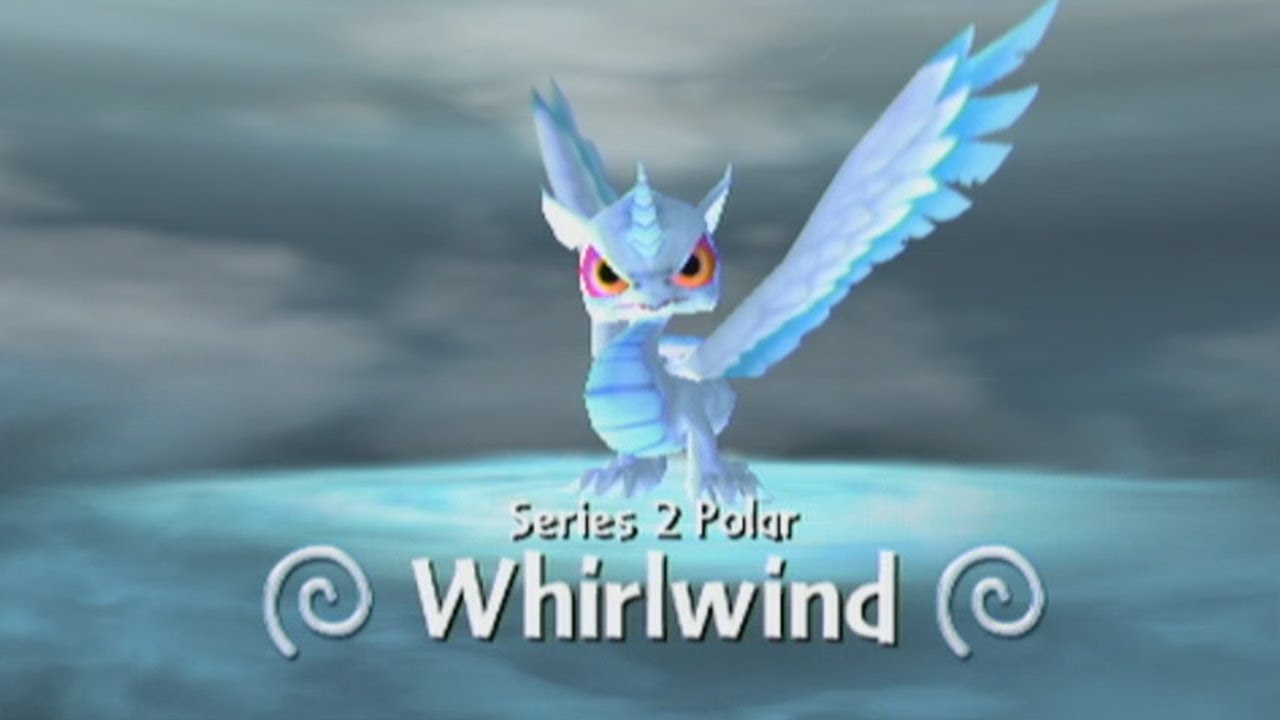 The last Skylanders figure I bought was one of them. Didn't actually use it for 2~ years until I got the 3DS version of the game it was for for $15, but that's another story...

Now, though, we're probably reaching the point where this just isn't something the handheld version/the developers of the handheld version can probably handle, especially for a franchise like Skylanders where you're getting a new one every year. I mean, I don't know about you guys, but I don't think it's getting to be something they can pull off year after year anymore, y'know?

There are already a few hundred of the little things out now, all with unique attacks even without their branching paths to spice them up. So keeping in mind that this upcoming racing version of the newest installment of Skylanders on 3DS and Wii still promises to deliver all of the toys, even if it's without the traditional Skylanders gameplay, and that the handheld ones have managed to do this, limited attacks and traditional gameplay and all up to now? That's pretty impressive.

And in all fairness, perhaps these restraints are mostly only on the 3DS version of the game, but on the other hand, the idea of having a Wii version is... a little more than outdated at this point, isn't it? We're not talking about consoles like the Dreamcast here! Heck, the Wii U version of SuperChargers may be one of the last of its kind depending on how soon they drop the NX.

Still, it exists, so now you get to race your Skylanders characters on the big screen as well as the little one. Pretty sweet deal, really. 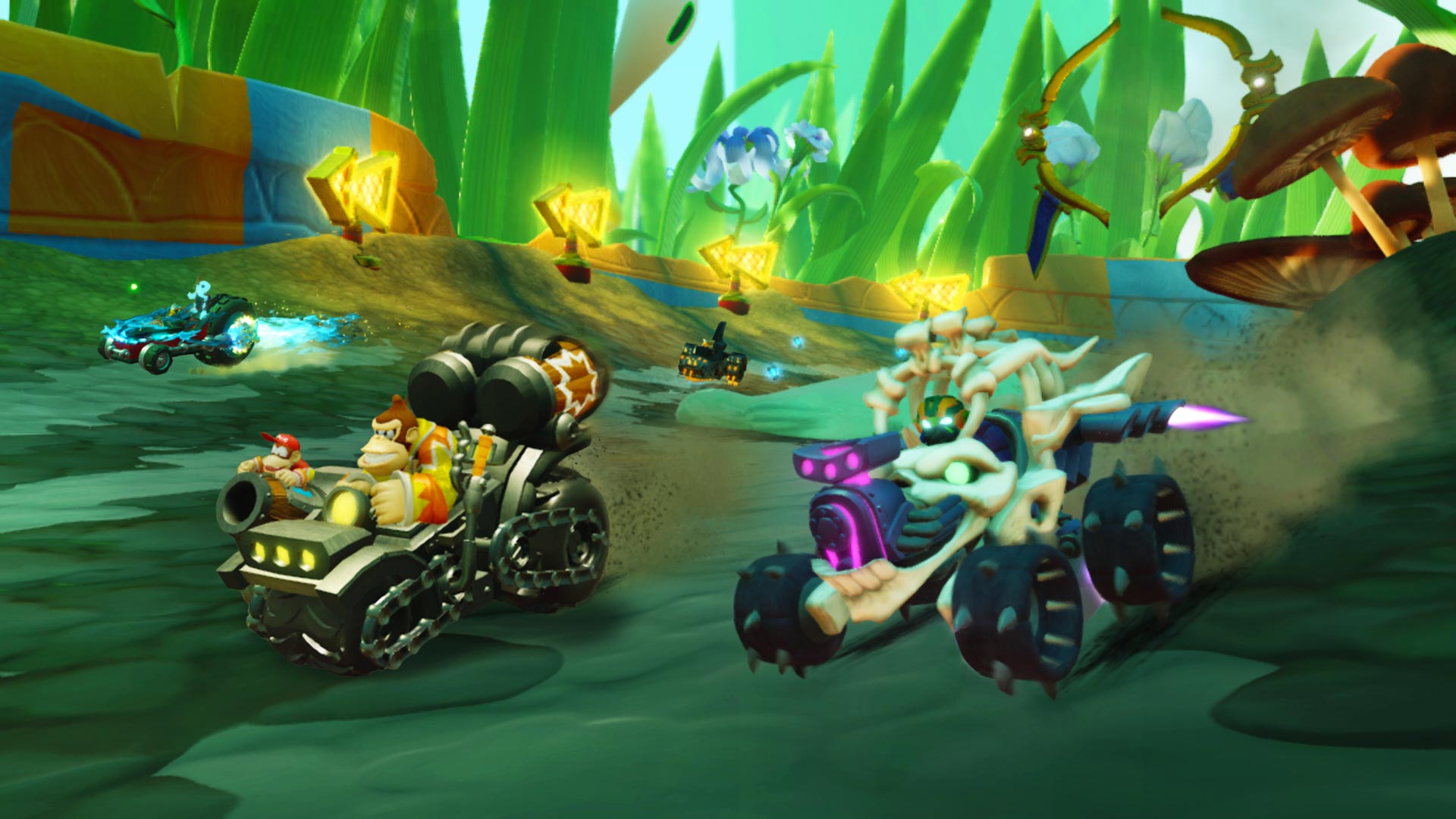 I literally have no idea which version of the game this is. Clearly it must be on the Vita.

Obviously, taking Skylanders away from its platforming, adventuring, Gauntlet-4-babbies roots might put some fans off, but given the sheer amount of what they're still managing to include here, I have to say, I approve. By stripping away the bigger aspects of the game and turning it into a kart racer, they're able to have a game that still includes all of the older characters and provides a function for pretty much all of the older toys that aren't characters. It's kind of ingenius, if you think about it. It may very well be the way they'll handle things in the future. They may have to.

Otherwise, eventually, this series will probably have to leave characters out or do something else to avoid frustrating the people who have stuck with them from the beginning. Whatever they do, the point where a significant chunk of the hundreds of toys this series has out there just won't work anymore might be sooner than we think. For people who are able to get into this, either for themselves or their kids, so much more easily thanks to how easy it is to pick up older toys on the cheap, that could seriously hurt going forward.

Thankfully, it looks like the game that does that won't be this game, and because of the game's nature of being a kart racer, while the demand of specific stuff from figures won't be as much, it does mean they'll all be able to be included. Who knows? If it does well, this may very well be the way for them to keep on including everyone for the weaker consoles going forward, and if it does really well, well, I'd be all for a new kart racing franchise, myself.

It's just too bad that we won't be able to find out how good the game is until Summer 2016, when the 3DS and Wii starter packs have dropped in price.