So, Nintendo and Yacht Club Games announced that a Shovel Knight amiibo will officially be a thing. What's more, the amiibo is made specifically for the Wii U and 3DS versions of Shovel Knight instead of Smash Bros, making this officially the first amiibo of a third party character made specifically for their own game. While this was leaked yesterday via UK games retailer GAME, the specific features this amiibo provided weren't really explained until now. The reaction to said functionality has been..not too great. But why? What features does this amiibo have that could cause this much controversy?

Well, for starters, the Shovel Knight amiibo will unlock customized gear and exclusive challenge maps in both the Wii U and 3DS versions of the game. This is somewhat similar to the unlocks found in Splatoon from using the Inkling and Squid amiibo. That's a little iffy in itself, but that's not the big reason why people are upset. The Wii U version has one additional feature exclusive to it and it alone. By using the Shovel Knight amiibo with the Wii U version, you unlock a local co-op multiplayer mode so you can play with a friend.

As much as I liked the idea of a Shovel Knight amiibo at first, it's that last point that seems to be a bit contentious. It's one thing to have amiibo unlock special skins, AI partners, challenge maps, power ups, or other minor things like that. But local co-op multiplayer? That is not a minor gameplay feature. Whether or not you or I care about multiplayer of any kind, which I honestly don't, this is a major feature that is usually included in every version of a game that has multiplayer since freaking Pong. This is not a feature that should be arbitrarily restricted to just one console, and it certainly shouldn't be locked behind what is ostensibly a $13 paywall. I imagine a much better idea would've been to make the local co-op multiplayer mode available on all consoles and the PC, but the amiibo itself could spawn an AI partner in the Wii U version that you could possibly level up and customize in some way. It would be a kind of mix between the double Yoshi in Yoshi's Wooly World and the figure fighters in Super Smash Bros. for Wii U. As it stands right now, this is quite possibly the worst implementation of amiibo to date.

This is to say nothing of the implications that this whole deal brings up. Nintendo confirmed that third party amiibo is officially going to be more of a thing in the future. That should make me excited, but the Shovel Knight amiibo has left me more worried than pleased. I'd love to see amiibo of Yooka-Laylee, Octodad, Shantae or Azure Striker Gunvolt as much as anyone else, but only if they're used for smaller, more novel uses that can only be done on Nintendo platforms as opposed to locking major gameplay modes behind a paywall. But that's just with smaller, independent developers. What if big third party publishers get involved? Can you imagine what Capcom would do with their own amiibo line? We could very well see a repeat of the kind of situation that led to on-disc DLC in Street Fighter X Tekken. Heaven forbid anyone like EA, WB or UbiSoft gets involved. Then we'd be seeing some serious bullshit happening. 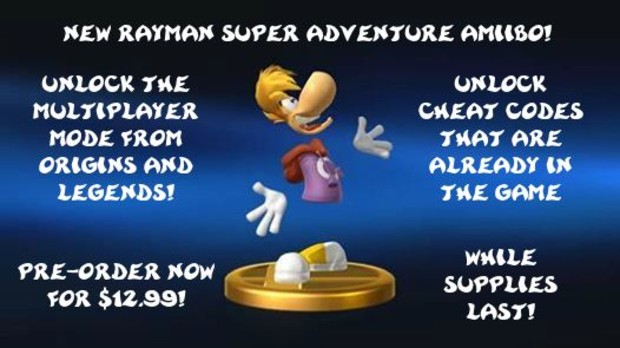 The one good thing I can say in the Shovel Knight amiibo's defense is that at least Nintendo isn't the one who's manufacturing these things. Destructoid caught up with Sean Velasco and asked if Nintendo was going to make these amiibo, like all their other ones. But it turns out that won't be the case this time around. Instead, Yacht Club Games will be handling the manufacturing and distribution. The manufacturing company that will be making the figures is the same one that's been making the Disney Infinity figures. This could potentially solve the whole stocking issue that plagues amiibo, which continues to cause frustration amongst fans to this day. However, Nintendo could still cock the whole thing up by providing Yacht Club with a laughably tiny amount of amiibo chips. We'll have to wait and see how this whole thing plays out. Hopefully, Nintendo will have given Yacht Club Games enough chips for them to make a healthy stock of Shovel Knight amiibo, and people won't have to worry about potentially queueing up in front of GameStop to pre-order them, or having to miss getting them in stores because they're at work/school. Hopefully.

Now, I'm not saying that the Shovel Knight amiibo is going to actively ruin the game. The base version of Shovel Knight is still an absolutely fantastic game and I still can't wait for the Plague of Shadows expansion to drop, which is still going to be available for free. And I still ultimately like amiibo as a concept. I pre-ordered the Retro 3-pack at GameStop, I'll will absolutely get the Falco and Mewtwo amiibo when they drop later this year, and I'll still try to get amiibo based on games/characters I really like. But this situation has opened up a gigantic can of worms. The Shovel Knight amiibo is the first one I'm considering boycotting solely because of the shitty implementation. Plus, this could lead to some really cool figures of beloved characters that would be fun to use, but it would almost certainly lead to less scrupulous developers and publishers to locking away significant content behind these figurines, as well as further saturating the toys-to-life market at a rate not seen since the days of Guitar Hero.

That said, if PlayTonic does make a Yooka-Laylee amiibo and doesn't cock it up this bad, I will absolutely get it on day one. Please make that happen, PlayTonic.