5 Years At Destructoid, 5 Of My Favorite Moments 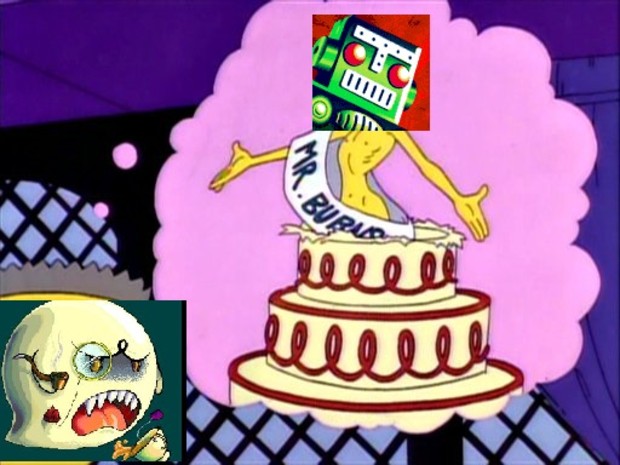 Saturday August 22nd will be a very important day. Can you guess why? No it's not the day Half-Life 3 is being released. Nor is it the day that Capcom announces Mega Man Legends 3. No something very important happened on August 22nd. Something of historical signfigance happened that day. No I'm not talking about Chrono Trigger's 20th anniversary. Come on guys, you can do it; think real hard. Come on you got it. Just thi-

Oh screw it. On August 22nd, I'll have been on Destructoid for five years. Geez you guys.

Yes, that's right everybody. For five years, I've been here talking about video games, anime, Queen, and unfunny sex jokes (so basically, how I am in real life). I've gone over how I came to this place (hehehe come), why I love this place so much,  and some of my favorite people here already, so I see no point in covering old ground. Besides, this is my big 5 year anninversary as member of the Dtoid community, so it need to be something big. That's why I decided instead to count down five of my favorite Destructoid memories. These can range from funny, to random, to something personal, but all these moments are things that stick out to me the most when I ask myself why I love this place so much. That and the fact that all of these made super easy pics that I could come up with on the fly using MS Paint (note: I'll try and have link to these moments if I can, but due to the amount of redesigns, stuff may be lost or hard to find. Sorry.). I obviously have more than five, so before I begin, here are some of my favorite Dtoid moments/jokes/memes that didn't make the cut: 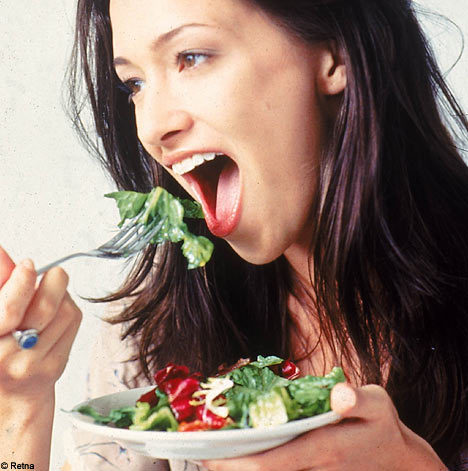 That salad looks so delicious.

Not many of the younger Dtoiders will remember this, but I'm sure a couple of the old timers will, and this is without a doubt one of my earliest memories of this place. To those who don't know, what happened was that in the comments section of a story, some person posted a random picture of a lady eating salad. I don't remember who posted the original picture, let alone what said story was, but the simple act of posting started a chain reaction, and before long there were two pages of comments (this was back with the old elephant comment system) of nothing but stock photos of people eating salad. I myself wasn't one of those people sadly, but I remember laughing as I scrolled through the comments, each picture getting more and more silly.

I had just started visiting Destructoid at the time, and was realtively new at the time. But when I saw that comment thread, and I finished wiping the tears of laughter from my eyes, I clenched my side (which hurt from all the laughter) and thought to myself, "yeah, I'm going to fit in just fine."

Like this, but even sexier. If that's even possible.

I'm going to put on my big boy pants for a bit, and talk about GamerGate; yes, I know, I'm sorry, but there's a point to this, don't worry. Long story short: I think while both sides make some good points, the way it's been handled so far has been kind of shit, with both sides doing nothing more but hurling their feces at each other instead of making their case, and the chances of us having a serious discussion about women in video games and the role of the gaming press has been destroyed for years to come. So whenever there's a story that devolves into a discussion about GamerGate here on Destructoid, most people tend to ignore it. Or if you're like me, GajKnight, and Nekro, you use the comment sections to come up with an erotic buddy cop movie where me an Gaj must stop Alan Rickman from doing....something, while Nekro is our police chief who calls me a loose cannon....and stuff. I honestly don't remember half the stuff we came up with, but that's totally okay.

Okay yeah, it was a one-time gag, and everytime we try to make lightning strike twice it doesn't pan out, but when it worked, it really worked. In that thread, the three of us turned lemons into lemonade, and it was a hiliarious silly little moment that I'm sure put a smile on everyone's face; it certainly did mine. Anyway, enough serious talk, time to take my pants off. 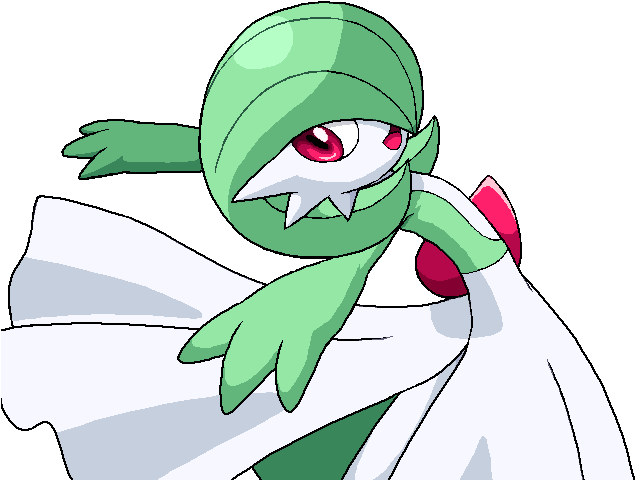 Gardevoir is my favorite Digimon.

"But Goof", I hear you say. "Gardevoir is forced meme!" Yeah, and it stuck. Besides, so are a lot of other things that are a part of Destructoid's soul (STFUAJPG, anyone?). Besides, it's a harmless word that livens up a lot of otherwise boring comment threads, and it just shows what kind of place Destructoid is that merely saying the name of a Pokemon is enough to illict a smile on many people's faces. Hell, I'm pretty sure the only reason Gardevoir isn't the official mascot of Dtoid is because Nintendo, GameFreak, and The Pokemon Company would send the lawyers on this place faster than you can say "also, cocks".

Look, I get that opinion on Gardevoir has been kind of mixed, but honestly, I'm fine with it. It always puts a smile on my face and embodies the spirit of Destructoid: having fun and not taking things too seriously. Besides, at least it wasn't Jynx. *vomits into toilet*

2. The Day One Of My Blogs Made It On To The Front Page (link)

Me when it first happened.

Okay, so I know this one is a bit of me tooting my horn, but it was a bit of a big deal for me. I was no stranger to writing c-blogs here, mainly as an excuse to keep myself busy while I looked for work, and while I like to think I wrote some really great ones (and it appears some of you agreed), for the most part many of my blogs were popular and got some buzz, but none of them ever reached that "Front Paged" status that so many c-bloggers hope for. And for the longest time I was content with the fact that what I wrote wouldn't be hitting the FP anytime soon, which is fine so long as at least one person stopped by read whatever I wrote (by the way to those of you who have ever read/commented/or even looked at any of my c-blogs, you have my eternal gratitude). But then one day it happened; I didn't notice it at first, but one of my blogs (the one about amiibo) I wrote a few weeks back was at the top of my C-Blog list. I ignored it at the time, thinking it was a glitch, until later that day, when I logged back onto Destructoid and there it was: my amiibo c-blog was there on the FP for all to see and read.

Needless to say, I was humbled. Yeah, not everyone agreed with me, and a couple of the comments called me a loser for collecting them, but that didn't matter. The fact remains that someone looked at my c-blog and said "yep, this is FP material", and put it up. Things literally changed for me after that: a month after I shared that I had been featured on the FP to my real life friends and family on Facebook, a good friend of mine got me in touch with his boss, the Editor-in-Chief and Founder of the website All That's Epic. He liked me, and not long after, I became a Guest Contributor, to a regular Contributor, and finally a Lead Contributor, covering video game news and writing gaming features for the site in the afternoon (I even wrote a piece on the life of Satoru Iwata over there, so if you're ever over there, look it up). So thanks Dtoid, for helping me get my foot in the door and set me on the first step of working in the game industry.

1. Hanging Out With All of You Yeah, this one is a cop-out, but shut up, it's my list! I make no secret of the fact that I love each and everyone of you, and being able to chat with all of you is the number one reason I still come here. From talking about our favorite animes (True Dective is the best), to arguing about best Persona girl (the answer is Rise), from making dick jokes and #Darksiders2, to playing online, the community is what sets Destructoid apart from other gaming sites. You guys are truly amazing and make this place worth visiting.

When I first came here, I made it my goal to make this place as awesome as when I first discovered it. And on some days, I feel like I've failed this place. There are some days where there's a lot of drama, and people leave, and it can be a bit of downer. I've even thought of leaving this place myself a couple of times. But as I sit here and think of all the awesome stuff that's happened to me over the years, and all the great friends I've made here, I can't go just yet. Some of the stuff can get heated, and I don't always agree with what the higher ups are doing, but as long as somebody is still here to talk about video games and make sex jokes, so to will I be there.

So here's to five wonderful, lovely years here Destructoid! Hopefully the next five years will be just as lovely as these last five have been. Also cocks.