RPG Maker Workshop 01: What to expect as an RPG Making Newb

I asked about it, you* asked for it, and here it is. Welcome to the pilot episode of the RPG Maker Workshop, brought to you by JoyfulSanity.com and Destructoid.com**

*By "you" I mean a couple people this one time. 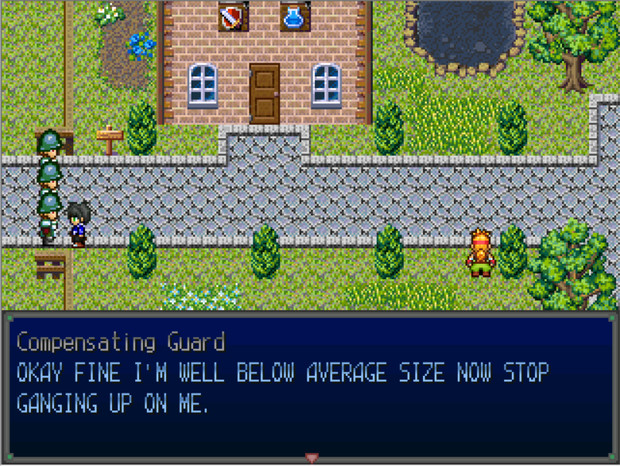 First of all, who am I and do I even have the credentials to teach RPG Maker.

As some of you may have read here or there, I have a long and storied history with RPG Maker. My first experience with RPG Maker was all the way back in the year 2000 with its first English release on the Playstation, and by first experience I mean I played Gobli's Adventure a lot and danced around when I finally made something playable. I started using the PC RPG Maker titles in 2003 by using, well, RPG Maker 2003. From there I lived and breathed RPG Maker, and that's how I got my start with posting on internet forums.

I wasn't a celebrity in the RPG Maker community at large or anything, but I was considered a "vet" on GameFAQs. I served as a mod on a large RPG Maker website, and I was even a review editor and administrator of a small site that unfortunately has since changed hands and is now defunct. I was well known for a couple of games that sadly were actually super bad and stupid, which is the only reason I don't link them here as samples of my work. More importantly, I played an absolute boatload of RPG Maker games, and I was even involved in the creation of a few tutorials and a couple "starter packs" that contained sample code for aspiring game makers to use. My activity in the community fizzled out around 2008, as at the time I felt the RPG Maker community had become too toxic and I was heading off to college anyway. 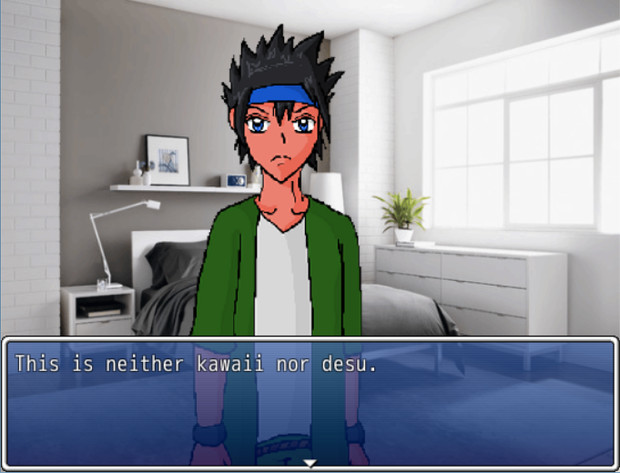 I say all this only in part to toot my own horn, but I also want to frame the perspective I'm going to offer. My experience with RPG Maker is primarily with the older editions, and I reflect a mindset that learned RPG Maker in the years prior to its official English release. Nowadays, there are tons of official tutorials and scripts that will help you build your game exactly the way you like it, but back in my day things weren't so easy.

Rather than wax nostalgic, let's move on to more important things. 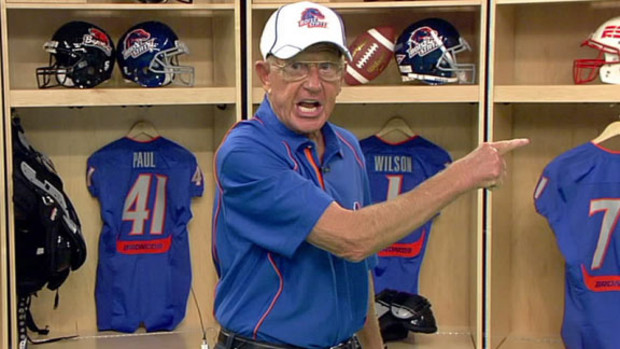 So, you just got RPG Maker. It's time for a pep talk.

And I mean it. Whether you got any iteration of RPG Maker in a humble bundle, or you just picked it up on sale recently, you now have your hands on one of the most beginner friendly game creation programs on the face of the planet. That said, if you don't want to crash and burn before you even stop dreaming of your ultimate Dark Souls X Hatoful Boyfriend RPG, then listen up.

As user friendly and awesome as any RPG Maker program is, you're not going to be making master-class RPGs right off the bat. In fact, even if you set your expectations low, you likely won't even complete your first, second, third, or even fourth game you make with it. Even with the numerous tutorials that will show you the basics, the best way to learn RPG Maker is through sheer attrition. 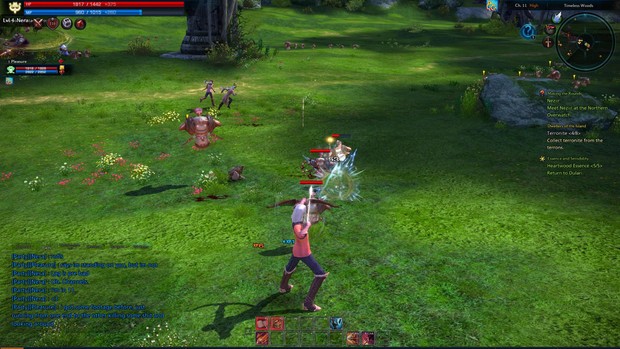 Think of learning RPG Maker in the same way you would play an MMORPG. You probably got into the game with dreams of overcoming insurmountable challenges and making your name known across the land, but you're going to have to start out small. By accepting small quests with easily accomplished goals, you'll learn new skills and gradually learn your strengths and weaknesses. The grind to the endgame will be long and brutal, but it's a trap to think that the game starts at endgame. By enjoying and taking in your leveling process, you'll grow to be more incredible than you ever thought you could be, and you'll be entering that endgame when you're good and ready.

Understand that you'll be seeing incredible games made with RPG Maker that employ advanced mapping techniques and unique game engines, but your first few games may wind up looking like this: 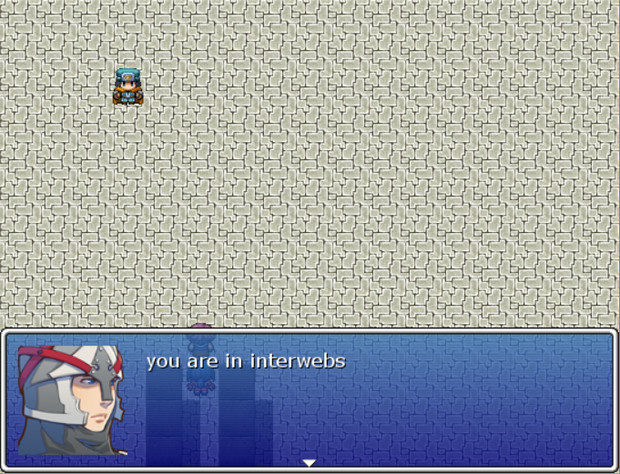 That's okay though, that's to be expected from a new user! Don't worry so much about making the perfect game at this stage. What's important now is getting your feet wet with the program, and just doodling and having fun is your best possible course of action. Remember, RPG Maker isn't about being a celebrity, RPG Maker is about being a game designer without programming knowledge.

Yes, I'd like to take a second to reiterate this. Do not purchase RPG Maker with the intention of making money off of your games. Let me be clear: I have no problem with RPG Maker games being sold commercially, as professional quality games have certainly been created with it. The problem is when game creators clearly put the cart before the horse. Buying game making software to make money leads to garbage like Victim of Xen and The Slaughtering Grounds, and neither of us want you to be the person behind those. Make games because doing so is an exciting process for you, and then eventually you may have the skills with which to produce a professional quality game. 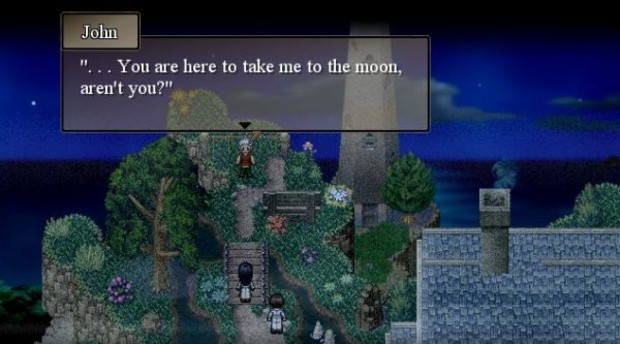 In summary: the first step of RPG Making is to have fun. Don't worry, if you someday get super serious and take on an ambitious project, you'll have loads of opportunities to not have fun later.

I also highly recommend playing other RPG Maker games, especially ones made in the same version of the program you are using. To go back to the MMORPG analogy, you can play solo and have a good time, but it doesn't compare to making friends and helping each other achieve common goals. Playing even the most amateur RPG Maker games can help you realize what the program is capable of, and these games will help you develop a sense of what to do and what not to do as you move forward with your own projects. If you need a place to start, Destructoid's own Marche100 has released two games based on the site, and I'm sure he'd love to hear your feedback. 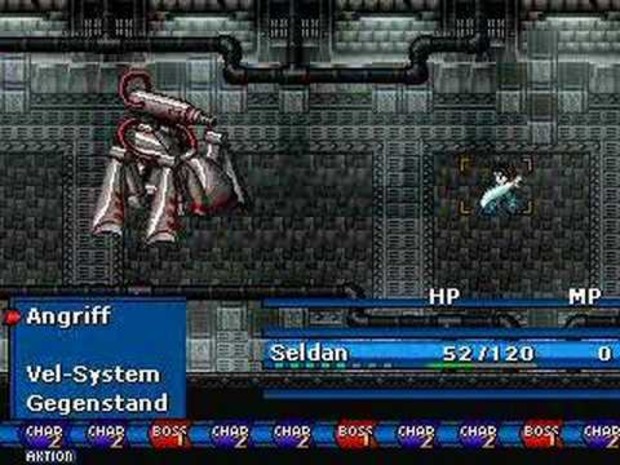 And finally, to all of those who may tell you that RPG Maker is an awful program that produces bad games - screw those people. RPG Maker is a tool, not a generator. It's up to the designer to make a good game, and using RPG Maker doesn't not inhibit that goal in any way. As a wise man once said, "Never give up, trust your instincts."

That's it for this episode of RPG Maker Workshop! Tune in next time where I'll discuss the pros and cons of each edition of the program, and let me know what kinds of topics you'd like me to cover in the comments!