I Want a Cybertron Sequel 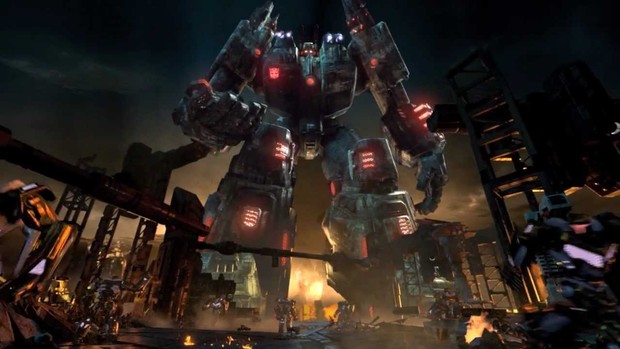 I still get friggin' chills, man.

I haven't played Transformers: Rise of the Dark Spark. Matrix-willing, I never will. Just watching the Let's Players was cringe-worthy enough. I don't think I could play the game without breaking down in tears. Angry, bored tears. The game is so--and I'm quoting close personal friend Immortan Joe here--mediocre.

To my thinking, High Moon Studios' Transformers games--War for Cybertron and Fall of Cybertron--were the best depictions of the popular franchise since the 80's stole all our collective fanboy hearts and emptied our collective parents' wallets. The series was a sincere love letter to the Transformers, detailing the events that cripple the machine-planet Cybertron and drive its inhabitants--the heroic Autobots and the treacherous Decepticons--to new worlds in search of life-sustaining Energon. The games made a bold decision not to "ignore" or contradict other incarnations of the series, including aspects from the original TV show, comic books, and even the more recent motion pictures. It embraced the best facets of Transformers and brought them together into a single series. Even that legendary Stan Bush song. You know the one. 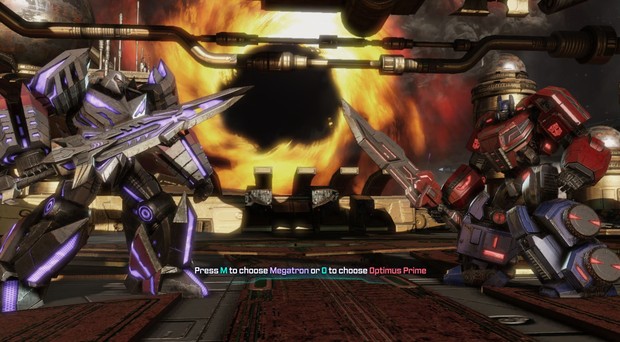 In terms of gameplay, the Cybertron series wasn't groundbreaking, but there were clear indications that the series was improving by gigantic steps and that a passionate team was at the helm. Fall of Cybertron is full of epic scenes leading up to an immensely satisfying final battle and the ultimate cliffhanger. It's sequel-baiting at its best. I was 100% gung-ho for a follow-up, only to learn shortly afterward that High Moon Studios would no longer be producing Transformers games.

Instead, we got Rise of the Dark Spark, a terrible game cynically mandated to tie-in with the current motion pictures, which at this point are themselves cynically mandated. Because we all know how well tie-in video games sell. The fucking hell, Hasbro? You had a good thing going. Fine, make your millions off the films--I'm glad to see people going to Transformers films even if they're not seeing the franchise at its best--but you had a strong and growing niche audience with the Cybertron games. You had a studio that gave a shit about the material and they worked damn hard on it. No, the Cybertron series didn't sell millions of copies. But you know what?

NO TRANSFORMERS GAME EVER WILL. 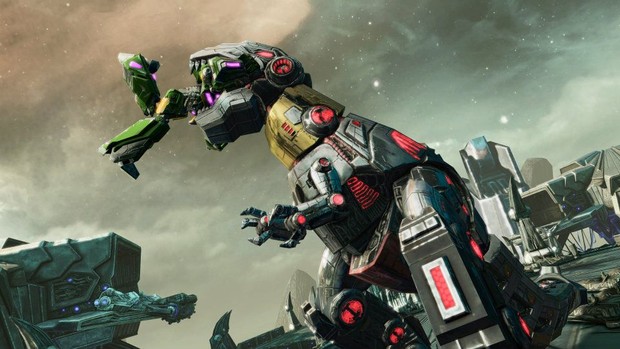 Talks in a primitive dialect, mashes his food into his face, lacks the ability to swallow.
Grimlock is the Cookie Monster.

As popular as the franchise is, as rich as you got on Bayformers, there is almost no bleedthrough between the movie-going Transformers fans and the video game Transformers fans. You'd know that if you paid any attention to the fans of the Cybertron series, who were pretty united in their absolute hatred of Michael Bay's films and their relief at finding an oasis to wait out the shitstorm. So why ruin a good thing? Well, cynical mandates, of course. You smelled money, Hasbro. You cooked up a scheme to mash the Bayformers together with the Cybertron series and force the fans of one to accept the other. How'd that work out? Yeaaah. Critical Failure.

The bitch of it is, you'd rather blame gamers for not going along with your pants-on-head fuck-tarded idea and have ignored any opportunity to fix your mistakes. High Moon keeps getting screwed over by Activision, who are slowly eating the studio alive EA-style (or maybe "Unicron-style" is more fitting), so god knows if they'd even be able to pick up where they left off, if they were given the chance to. 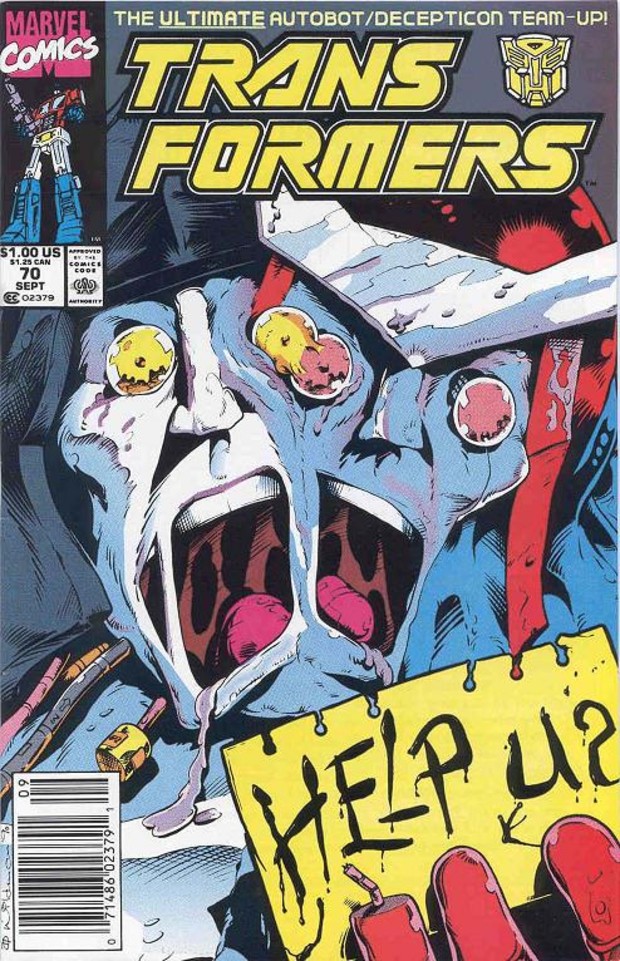 This. This is what Hasbro was trying to do. Let it haunt you, as it did me.

Now a fellow Cybertron fan might argue that Fall of Cybertron ended perfectly and thus doesn't need a sequel. The cliffhanger can serve to bridge the series to almost any of the Transformers properties that exist out there. Part of me agrees with this assessment. The rest of me fumes however, because I want to see High Moon continue their work, to deliver their own take on the Transformers mythos. There is so much potential here lost to the void because the fans mean nothing to the creaking executive-liches at Hasbro, all they want is more money than they're capable of making to keep their crumbling phylacteries from falling apart.

Friggin' Decepticons and their majority stockholdings.