I've been on a bit of a binge lately on Splatoon (and people who've read my trail of blogs should know this is irresponsible, because I have a move and a marriage on my schedule). But I can't help but love the unique dynamic between some awfully unique weapons and awfully fun gametypes. It's not Call of Duty, with hitscan bullets and laser-like aiming reticules. Blasters fire globs of ink in distinct arcs, splatting inklings who have large hitboxes amongst pain rollers and super soakers. There's a distinct divide between playing with motion controls which add to precision and playing without because who has time for that shit am I right? All of this set against colorful environments and a goofy, lighthearted nature.

I mean, I love weapons. Who doesn't love a good weapon? Here are my favorite weapons, straight outta Inkopolis. 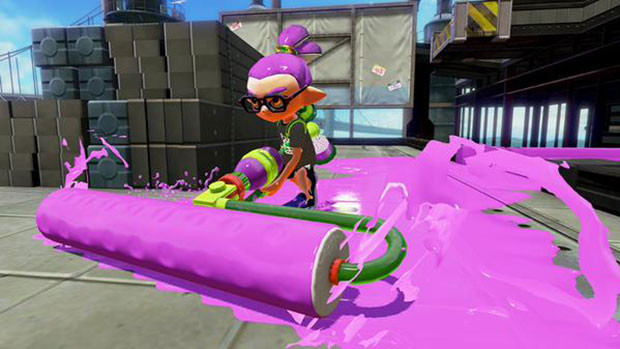 Carbon roller
The freshest weapon in my mind, coming straight off of an insane game of tower control, splatting 17 inklings who would want to push against my team is the carbon roller. Unlike the splat roller, which was controversial at launch day for it's one-hit kill squishing abilities, the carbon roller trades that OHKO for vastly improved speed and agility. Even now as people know how to deal with the stock roller, the carbon roller can come off as underwhelming in offensive power. I even talked about the weapon with community member Scrustle, who dismissed its weaker power as contrarian to its purpose.

I've learned to really love and prefer the carbon roller though for it's speed and unexpected power. The thing that fills its hole in power is the burst balloon bomb sub-weapon. It allows the carbon roller to one-two punch inklings with a quick burst bomb followed by a super fast paint flick. The combo is faster than flicking twice but the damage is such that grazing the enemy with both ends with a splat in most cases. So we have increased speed for Turf War but a deadly one-two splatting combo for eliminating enemies. Only a fighting game fan could appreciate combos like that. 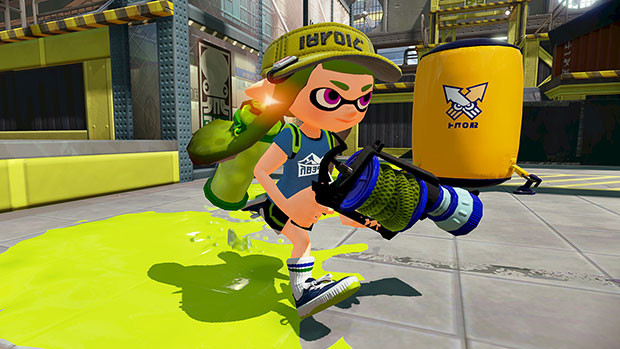 L-3 Nozzlehose
Aiming is problematic in Splatoon, since there's no aim assist and the game was arguably designed to make use of motion controls. I'm terrible with most accuracy-based weapons and the Nozzlehose is a weapon I precisely should not like. It's like the M16 from military shooters, firing in accurate, 3 burst rounds. So we have a weapon with great accuracy, ink efficiency, and damage but it demands a lot of trigger discipline. I'm not known for trigger discipline or accuracy, but this weapon rewards people who are both.

What really sells this weapon to me is the disruptor bombs it can only come with. Toss this baby and reap tons of benefits from the stunned inkling. In a game about speed, the disruptor greatly slows enemy inklings, pretty much condemning them to a splat. If you don't get them, somebody will, because it lasts 5 seconds, which is ages in Splatoon. So make use of your throwing distance and its generous blast radius then burst fire inklings at your leisure! 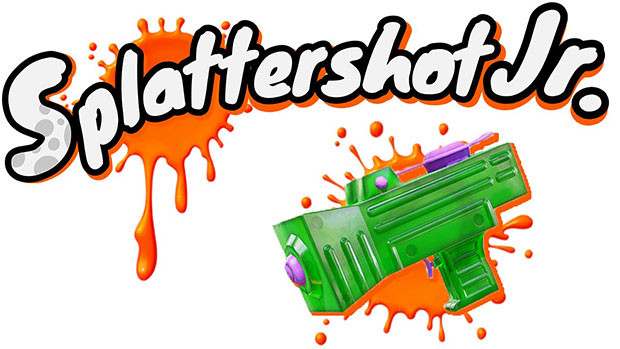 For a weapon you start with, you'll want to consider keeping this in rotation because it covers ground quickly with its rate of fire and general cone of spray. This weapon barely affects your run speed while firing, so equipping some speed perks can help improve the weapon's performance. Just get in close and literally spray and pray, because sometimes you'll hit and splat 8 feet away or completely miss your target when they're 3 feet in front of you. Such is the life of spray and pray. Take the wheel Jesus, because I put my faith in you! 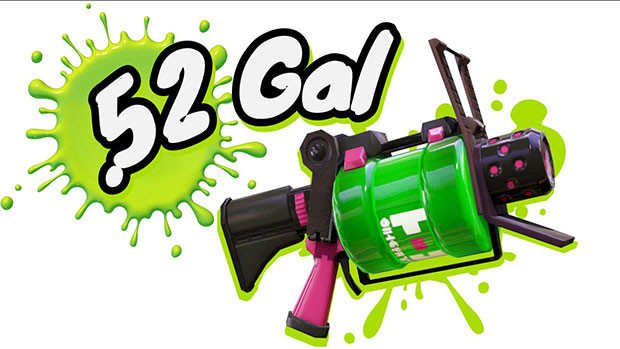 .52 Gal (Deco)
Proving once again that Splatoon can make guns sound hilarious, the .52 Gal is my weapon of choice for ranged slaying. It's not so great at turfing, but once your whole team pushed to center map, you'll be glad this weapon is in nearby to beat your opponents back.

The .52 is all about damage per shot. Strangely, I feel comfortable with slow ROF, high damage per shot as opposed to most low damage, high ROF because I feel I can be accurate just long enough to land those critical shots, as opposed to keeping a sustained stream of fire on-target. Of course, I really like the art deco (read:bejeweled) variant because it comes with seekers: easy mode in an exploding, homing roomba. 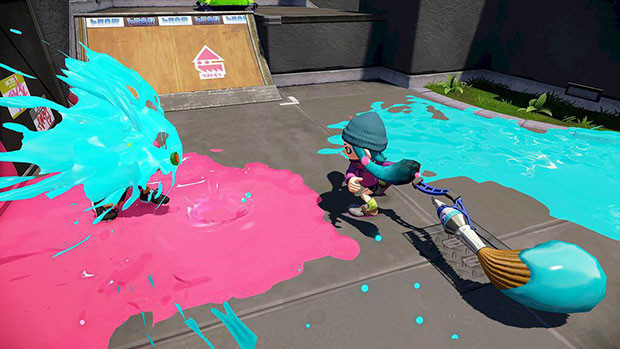 Inkbrush/Octobrush
It's hard to pick between the two of these, but put simply, this slot is about brushes, or swords as I sometimes view them. At any rate, the brush is all about being fast and annoying. It's not about scoring even as much splats as the rollers. Hell, it's hard to score splats if you try a ganking strategy. But the brush is certainly the most unique weapon in the home decoration box.

Usually if you want to outrun danger, you'd squid away in your ink. But that's certainly not always possible considering an enemy team hellbent on splatting you, where even missing you means surrounding you in sticky ink. Things are different with the brush though, letting you turf by flicking paint around you then carving yourself an escape route when things get dicey. Defense up is a luxury to help you survive close calls while ink resistance is required since you'll oftentimes see your left foot step on enemy ink, even if you're carving with the brush. 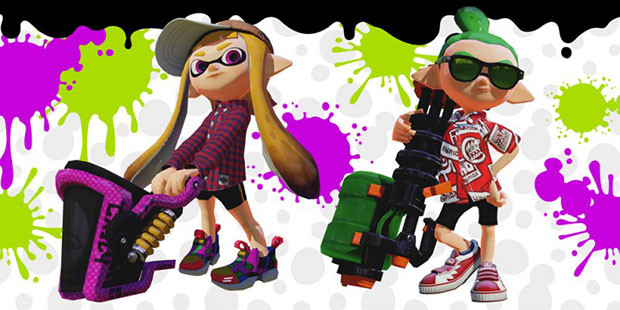 Slosher
One of the new weapons from the August update is just an overglorified bucket. It could be filled with anything: water, paint, ink, pain, but whatever it is, it arcs like nothing else in the game.

I like to try and see what weapon qualifies as being called a shotgun in Splatoon. The slosher certainly comes close with an extremely definable short range burst. Unlike a shotgun though, the slosher is cool because it evens the playing field when it comes to the height advantage. Have the high ground? Rain death from above like anything else. Getting inked by someone on their high horse? The slosher actually excels the closer you are. Inklings have this annoying problem of not being able to shoot over certain humps of elevation so they really need to be on the edge to shoot down properly. The slosher can get in a blind spot and just shoot straight up and watch the ink fall straight on that high horse's head.

Heavy Splatling
Finally the big gun itself, the heavy splatling. From the way the inkling holds the gun during victory, you'd think this thing came straight out of Team Fortress 2's heavy weapons guy.

This thing is a combination of the charger and the shooter with a charge time, great range, and great ROF. Really, there's nothing more satisfying than laying down a wall of ink while also splatting one, two, maybe even three inklings, all at a range very few weapons outside of the charger category can touch. More should be said about how powerful it is, especially as I like to use it as an overwatch position, but really the thing is a childhood dream of own a super soaker that works like a minigun. That's just awesome.