This is, I hope, the first in a series of game reviews where I look at obscure video games, the kind that were used to fill up a crappy Blockbuster's display rack, the kind that caught your eye as a kid with a fistful of hot cash or a parent hoping to keep you quiet for a weekend. You'd bring that title home and play 'til late, then take it back the next day and promptly forget you ever played it. That's a Junk Rental, and I think they deserve a second look.

Our first Junk Rental is the first game I ever played for the Sony Playstation, 1995's SilverLoad. 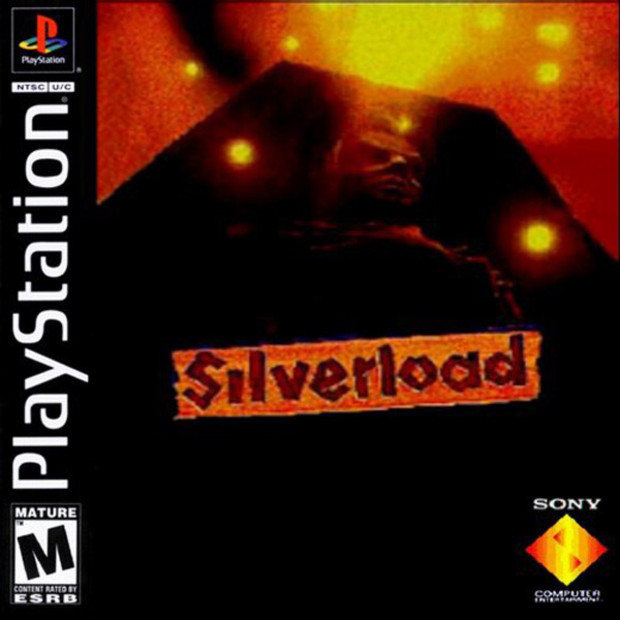 SilverLoad has a simple premise: a nameless gunslinger (the player) is hired by an injured cowboy to rescue his son from the secretive and sinister town of SilverLoad. Along the way you interact with suspicious townsfolk, battle the supernatural forces trapped in the town, and uncover SilverLoad's murderous history.

Gameplay: SilverLoad is a point-and-click adventure title, in the same vein as King's Quest or Laura Bow. At times, the game will switch to an on-rails shooter--similar to titles like House of the Dead--where you must gun down bad guys.

Gameplay is (just one) one of the areas where SilverLoad suffers. The interface isn't really suited for console controllers, and sometimes you have to click just the right pixel to make something happen. This can turn into a slog as you click everything with every tool and item at your disposal in the hope of getting something to happen.

The game's shooting sections are atrocious: your gun picks up momentum and thus takes time to stop, and your character is moving around a lot, so lining up your crosshairs using a directional keypad (analog controllers weren't around until nearly two years later) was more a matter of luck and extra-sensory perception. Some battles were so difficult that if you weren't already aiming in the right spot you'd lose more than half your health before you drew a bead on a badguy. Compounding this, health and ammo are both extremely rare: waste too many bullets and the game becomes impassable with later shooting sections becoming a turkey shoot, and you're the turkey.

But poor item management is as much the game's fault as the player's. No effort is made to warn you that certain items are necessary later or even collectable, so progress comes to a halt as you reach a spot where you need an item to progress, but can't go back to get it. This can lead to many frustrating restarts as you realize you've saved after it would have been feasible to retrieve an item. 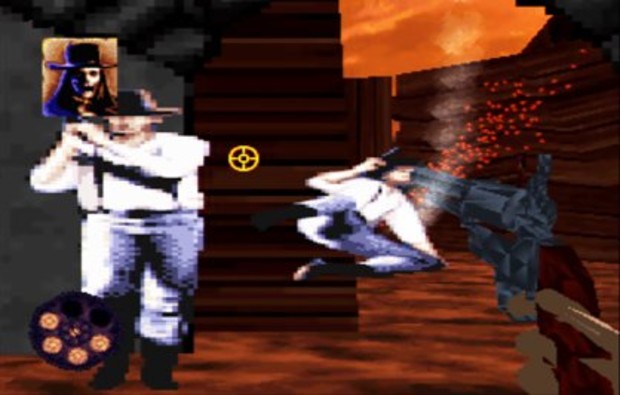 There are two kinds of people in this world, or just one copied numerous times.

Audio/Visuals: The look of SilverLoad is an odd mismash of (fairly decent) 2D artwork for exploration, (terrible) polygons and 2D enemies for the shooter sections, (terrible) Live-Action bits and (passable) CG for cutscenes. Even for 1995, SilverLoad doesn't really stand out in any of these areas, even if it was ambitious to include all of them in a single game.

SilverLoad does find shine in its audio, however. The game has little music, which actually works in its favor: the town quietly comes to life with creaking floorboards, rattling doors, errie wind, whispering voices, and growling beasts. You feel both isolated and watched all at once. Some of the voice acting--like the town barber and his exaggerated accent--is kind of hilarious, but each voice is distinct and memorable. To put this in context, I haven't actually played SilverLoad in more than a decade, yet I can still remember its voice acting as if I'd heard them yesterday. ("Thank you very much sir, there you are!" "I'll give you what I can, mister." "Oh god, I NEED BLOOD!") 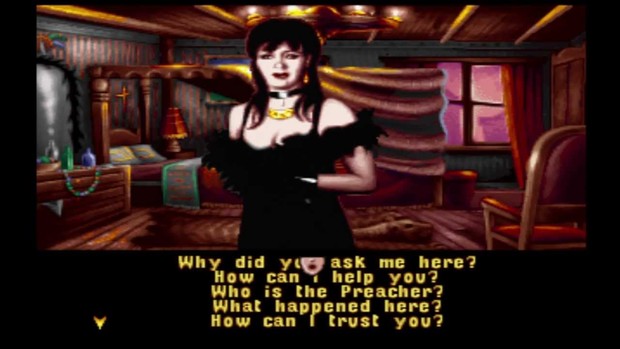 Tell me cowboy, is that a bag of dry beans and a jar of gumballs in your pocket or are you just happy to see me?

Story/Setting: SilverLoad is, on the surface, a well-designed setting. The town takes a bit of exploring but you'll eventually learn which buildings are where. As mentioned above, the atmosphere is excellent. The town is creepy, with memorable characters and--if you can peel the layers back--a haunting story about massacred Native Americans, black magic, and your character's own relationship with the town.

Unfortunately, the plot is confusing at best and whole sections are simply gone at worst. The disjointed, non-linear approach that can break your progress also affects the storyline. Portions of the story can be missed if you don't show up in the right place at the right time, while others are forgotten entirely, so you'll never know everything about what's going on even if you play through the game exactly as it was intended.

Final Thoughts: SilverLoad had a lot of problems, even when it was released. Its PC release was critically panned, and while the Playstation release was given a warmer welcome its laundry list of broken or missing features can quickly turn off even fans of P&C games.

That said, I can't deny the (and I'm using that word again) atmosphere was  superb. Weird West is one of my favorite subgenres, and SilverLoad is the title that woo'ed me. Try playing the game on your own, just to see how far you get, then dig up a decent walkthrough and play it through to see as much of the story as you can. Or even watch the completed playthroughts on YouTube, just to soak in the atmosphere of the game.

On the Wallace Wall of Wall-Ratings (located in Walla Walla, Washington), this game scores:

5.5/10 (You Pass, But You Clearly Didn't Study)
+ Audio and Voice Work are Enjoyable
+ Excellent Atmosphere and Tone
+ Memorable Characters