This is how you play a Bard. D&D, take note.

So we all agree Brütal Legend was a great concept, a glorious tribute to Heavy Metal. It looked good, it sounded good, and we all loved it. Right? Well no, not really. Brütal Legend was a lot of things, but the general consensus is that its gameplay was pretty terrible. The solo-combat, driving sections, and guitar “spells” were easy to use, if bland. But the game ground to a halt for its "you are there" Real-Time Strategy battles where you fly over the battlefield directing units and building new forces. If Brütal Legend were a traditional RTS, you would be playing the role of the mouse icon.

It was a unique and innovative idea, but poorly executed and—let’s be honest—not very fun. When you're playing an axe-wielding demon-winged Roadie of Legend, you don't want to have to fly back to base every two minutes to refresh your squad of Headbangers. You can’t keep a proper perspective on the battlefield, and the battles themselves were more about Zerg-rushing the foe, or maybe “Zapp-rushing” is more appropriate, as your send wave after wave of men into the meat-grinder until the enemy is simply overwhelmed. 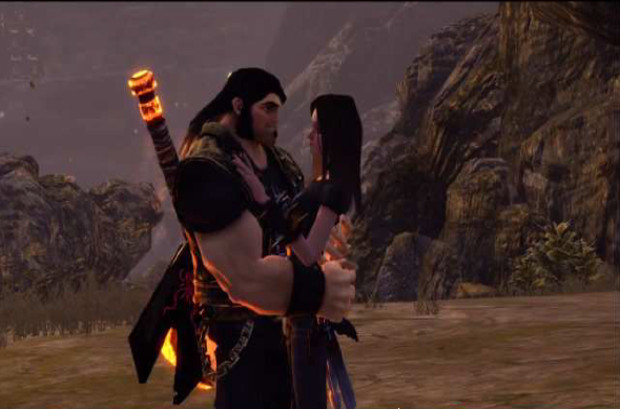 You know what they say about a man with hands bigger than your head...

But damnit, I really love Brütal Legend. The characters, humor and look were all excellent, par the course for creator Tim Schafer’s talents. It’s probably my favorite Schafer game, and yes, that includes Psychonauts. So I got to thinking about how to bring Brütal Legend back, and I think I have the solution. You might have guessed it from this post's title. Hell, you might have had the idea yourself before: Brütal Legend, meet Dynasty Warriors.

Oh yes, children. Just imagine it. The only thing that has to change is the battle system. Toss that RTS nonsense on the pile, and bring forth the mob-slaying awesomeness of Dynasty Warriors. No longer do the Heavy Metal icons have to limit themselves to cameo appearances and running upgrade shops: lead forces of Razor Girls and Metal Beasts with the powers of Lemmy Kilmeister and Ozzy Osbourne. And you don't need to just play the Roadie's faction. Join the other factions, each with their own unique characters and celebrity metalheads.

Last I heard, Tim Schafer was still interested in making a sequel. What do you say, Tim? Let’s make this happen. 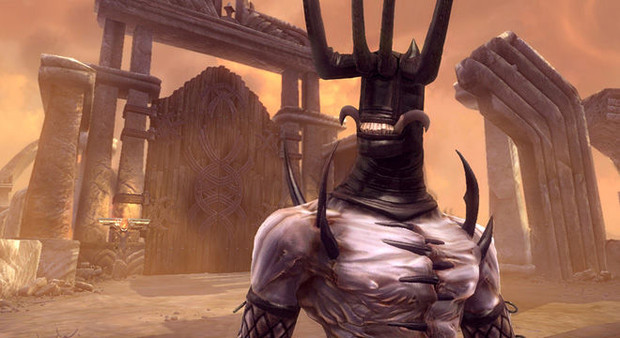 Emperor Doviculus was one of Tim Curry's more down-to-earth roles.