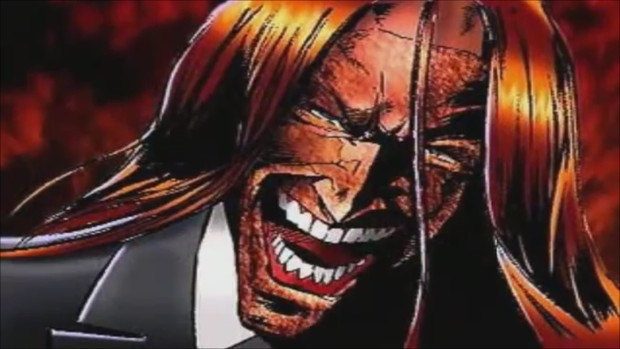 Because when you've got a face like his and magical demon powers, you can name yourself after a Greek water nymph if you motherfucking want to.

Twisted Metal was just one of a variety of vehicular combat games that was released in the mid-90's, which included other titles like Carmageddon and Rogue Trip. The series fit neatly into the dark n' gritty flavors that dominated 90's comics and video games, with over-the-top characters engaging in spectacularly bloody acts of exaggerated violence. The series was one of the first I played on the Playstation, and it remained a staple of my gaming diet throughout the Playstation One's lifetime.

Sadly, Twisted Metal didn't age well. I would argue that the game hit its peak with Twisted Metal II. It had just the right balance of action, style, and pure ham. Twisted Metal III was a step down, even if the gameplay and level designs were entertaining. By the time Twisted Metal 4 hit, however, the series had lost much of its prestige and was quickly being overtaken by Rob Zombie, as most things were in the late 90's, early 2000's. His Hellbilly Deluxe album was everywhere, and Rob himself subsisted on licensing the music out to everyone who asked and making remix albums for a few years afterward. 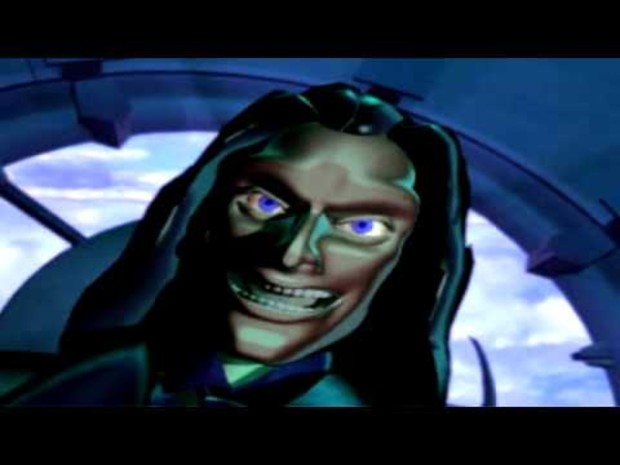 Watching him talk is the worst part of winning.

With the arrival of the Playstation 2, I thought Twisted Metal was due a fresh start, and it seemed the developers agreed with me. Twisted Metal: Black was a unique twist on the franchise, swapping the colorful cheesiness of the series for a much darker, grittier, "dustbowl apocalypse" style. Sadly, Black failed to reboot the franchise, as the gameplay hadn't noticeably changed much in the years since the first game's release. Since then we've seen a few half-hearted attempts at keeping the series alive, and while some of the games--including the latest 2012 release by developer Eat Sleep Play--were given above-average ratings, they haven't left a lasting mark on the gaming public. 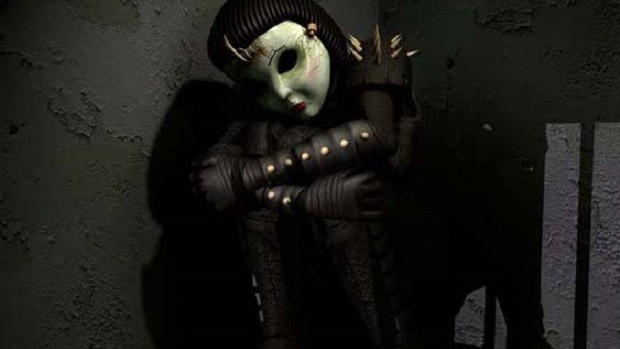 Though she hated to admit it, Dollface suffered a less terrible curse than her cousin, Porcalinecrotch.

I believe the series is due for a remake, and not the "same game, only grimmer and darker" formula the series has been clinging to since 2001. If the owners of the franchise are listening, you might want to take a few notes.

First, it’s time to create a modern game with modern gameplay. In the 90's, you could have gotten away making your game a one-trick pony, but today only indie developers should be granted any kind of lenience with that approach. It's time to make a game about vehicular combat not always about vehicles. So let’s make ourselves a proper game stew. Start with a game that lends itself well to both driving and shooting, such as the Grand Theft Auto and Saint's Row series. An open city, full of places to go and people to kill. The original Twisted Metal was about engaging in driver's-side death matches on the open streets of Los Angeles. So make your setting an open city.

Since you're making your game an open world, you might as well throw in some of the best flavors of those open world games into yours. First, let your driver get out of his car, and move around under his own power. And since he can leave his car, you should be allowed to customize him (or her, or other). And since you can customize how he looks, add RPG elements. Twisted Metal has tons of bizarre character concepts, from street thugs to madmen to supernatural entities. Let your player decide if he's a street-wise warrior, a raving psychotic, or an otherworldly force extending its reach into the land of the living. Create character classes that mix on-foot and driving skills so your player can focus his gameplay on any kind of style he wants.

And since your character is customizable, make his car customizable. Fill the game with objectives to hunt down so you can acquire parts and designs, skins, weapons and even passengers that can improve your car's look, handling and combat style. If they want to ride an armored bus loaded with Molotov-hurling lunatics, let 'em! Raid military bases to steal heavy weapons, ambush cargo trucks for gear, engage in street races (or street wars) to win parts in contests, and attack rival gangs to steal resources and territory. Introduce a Borderlands-style equipment system with billions and billions of guns and parts so players never feel constrained to a handful of items to hunt. There's literally endless opportunities here for weapons, armor, paint jobs, parts, hell- even music for your vehicle's radio can be won. 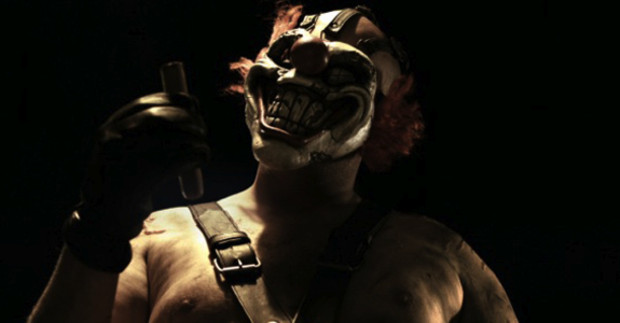 Now that we've set the ground rules for gameplay, let's build the setting itself. Personally, I feel the darkly humorous comic-book style of Twisted Metal 2 remains the purest example of the series' look. Grasp it with both hands. Create a gory yet over-the-top cell-shaded style in the same vein as Borderlands. Shape the city--maybe a reimagined Los Angeles, maybe a city of your own design--into a corporate-controlled dystopia clinging to existence after an apocalyptic war (that holds aspects of both nuclear and supernatural destruction) reduced much of the world of a Deadlands-inspired waste of madmen, mutants and demonic horrors.

Bring back the true Calypso, a sharply-dressed villain with a burned face and toothy smile who possessed greater depth than many modern villains. Make him the ringmaster of a cast of twisted characters, a wealthy billionaire ruling over the city from his floating palace, hosting the Twisted Metal contest as a way to turn the constant violence into a source of profit and service to his supernatural ends. Bring back classics like Thumper and Sweet Tooth as the bosses of various street gangs who fighting over the city streets the way barbarian factions in Mad Max fought for "guzzoline" and water. The goal of the game? Win Twisted Metal and make your fondest wish come true. But getting there means building an army of your own with customizable minions and cars. Your wish is determined by how your character plays, with a simplistic Mass Effect/Dragon Age dialogue system used to shape your character's personality and goals. 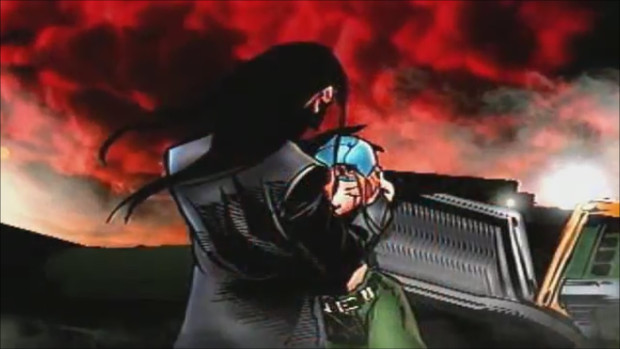 This ending is so good it makes The Last of Us look like a shitty After-School Special.

And once the core of your game is shaped, and the setting looking sleek and stylin', you can go beyond with an Online-mode inspired by Grand Theft Auto 5. You and your fellow players form a gang of wannabe warlords, playing in a city that encourages the outrageous violence and driving stunts that have made GTA5 Online so fun. Only now you're driving a Weinermobile with Sweet Tooth's mask belching fire out of its front end while you hang out of the driver's seat, swinging a chainsaw at passing motorcyclists.

But leave Rob Zombie out of it, eh?