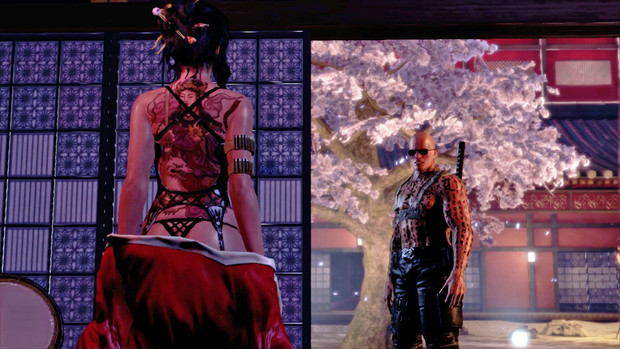 A “bad” game is coming out and I can’t wait to play it. I’m talking about Devil’s Third, a game that has lately been filled with a roller coaster of release dates, dropped publishers rumors, criticism tossed at bad gamers and now a Wii U and free to play model appearing on PC via Steam. It’s been an absolutely rocky journey and for this game, even rockier when you consider that this all started as a PS3 and Xbox 360 release last gen.

Despite all of this, I am excited and happy this game is coming out. Why? Because honestly we need more games like Devil’s Third. Quality aside, we simply need more wacky, out there games appearing on consoles and Devil’s Third looks absolutely wacky.

No! you scream, it’s a generic third person hack and slash mixed with shoddy first person controls and graphics out of a first generation PS3 game. Well you’re not wrong, the game isn’t exactly up to snuff with the best the Wii U has to offer and yes, it’s another third person/first person title, something that we aren’t exactly starved for now. And no, I’m not one of those people who are going to argue that any third person title for the Wii U is a good thing, that’s only partially true.

I’m looking forward to this game not for what’s been heavily shown to us already, but rather what has barely been shown. The things that maybe made an appearance in a few videos and snippets here and there. These little tidbits show this game’s quirkiness. It's devil may care attitude of its developer and his “I’m making my game, don’t care if it’s awful” attitude. It’s a game that’s shouldn’t exist in 2015, much less than on the Wii U and yet here it is in all its wart filled glory.

First of all, the premise is one based on our world ravaged by a Kessler syndrome event, in short debris in space destroying all satellites and leaving our modern world in shambles. Snippets from trailers reveal that the world has been thrown into chaos, leaving generations-old war machinery mixed with the usable modern military weapons duking it out over the ocean. Apache helicopters fighting WWII era fighter planes? Something that a six-year-old would think of and yet so unapologetically dumb, it leaves a smile on my face like my six-year-old self just found a box of toy airplanes. 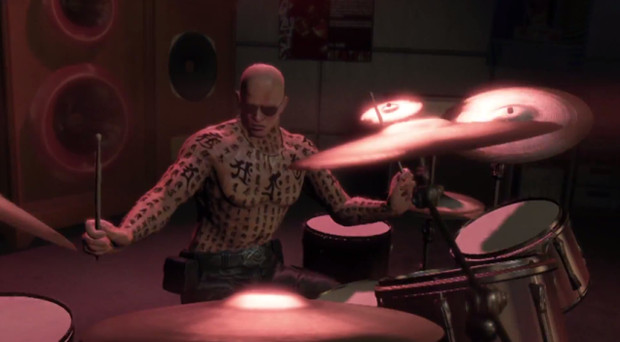 Second look at the characters. Completely silly and so generic looking they push into the realm of satire. The game’s main character Ivan looks straight out of a 90’s era third person action game that got pushed to the bottom of the Babbages bargain bin. Some point this out as a flaw, but I refuse to see it as such. I firmly believe this game’s characters along with the game itself is tongue in cheek, a stab at modern military shooters and third person games. Granted this is made by the creator of the Dead or Alive series, who’s game characters are anything but subtle, but again all done tongue in cheek. Nothing about this game is screaming to take itself seriously.

Third, for what could have been a forgettable mode (and for all we know, it could be), multiplayer looks like the highlight of this game. Capture the melons, running with multicolored chickens, purchasing cat masks and wielding firemen’s axes are all heavily featured in the previews and it looks like an incredible amount of fun. I always preferred the light, fun multiplayer titles such as Dreamcast era favorites like Powerstone 2 and more recently Towerfall Ascension but also enjoyed the team based dynamics of team based shooters. This looks like a fun combination of the two and if there is already something like this on the market, please point me to it because I sure haven’t seen it (and really want to!) 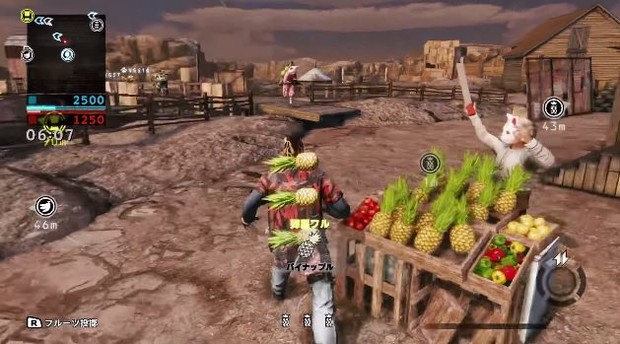 I’m in no way sticking up for this game’s flaws or issues it may have. I’m in no way saying this is going to be a masterpiece that we’ll be talking about years later. I have not spent a single second playing this game, only basing my judgments on preview videos and interviews. All I’m saying is that this game looks wacky and fun, completely unapologetic on what it wants to be and what it delivers.

This game may be a complete failure in terms of gameplay and yet I’ll still stick up for someone wanting to bring back the games of old. The days when you could pop in God Hand in between game sessions of MGS3 and FFX. The days when games didn’t come from a focus group, marketed to pre-order with that Gamestop limited edition DLC before the game’s even out.

I suspect that most people looking forward to this know going in, it’s most likely not going to be that good, but want that taste of yesterday, that time when games were bright and focused on fun potential while being crass and over the top in a completely fun way.

Maybe I’m wrong and my nostalgia is misplaced, but more than anything else, I can’t wait to find out.