The FFXIV vs. TESO debate, settled once and for all 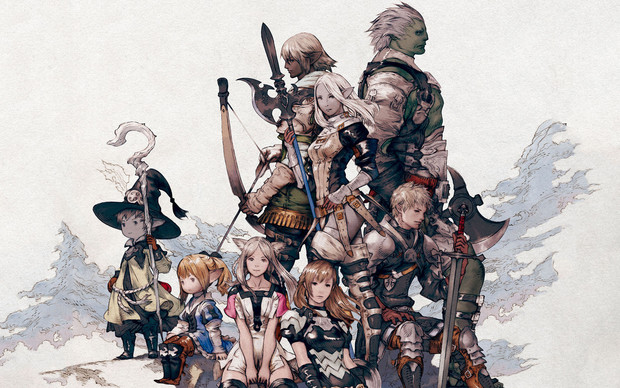 What do you get when two MMORPGs based on two giant RPG franchises are launched within less than a year of each other?

Arguments. Lots and lots of arguments. The ongoing debate over whether Final Fantasy XIV or The Elder Scrolls Online is the superior MMORPG has become so fierce and so common that you'd think there are no other MMORPGs on the market. With the official console release of The Elder Scrolls Online launching within a month of the Final Fantasy XIV expansion Heavensward, the fires of the argument have reignited with increased fervor as fans unceasingly fight to the internet-death in honor of their favorite franchises.

Now that I have played both games for myself, I can indeed confirm, once and for all... that this debate makes about as much sense as comparing Final Fantasy X to Morrowind. 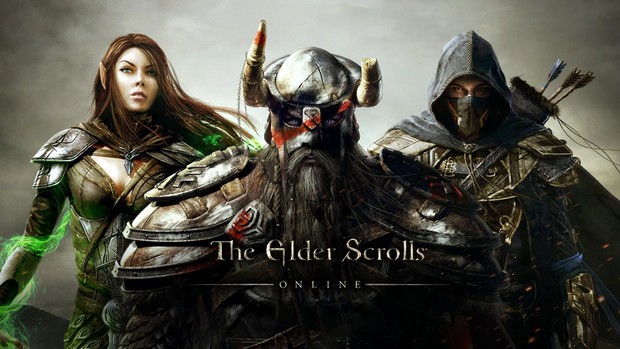 On a fundamental level, Final Fantasy XIV and The Elder Scrolls Online are radically different games.

I'll be frank, I went into The Elder Scrolls Online under the impression that it wouldn't have a lot in common with Final Fantasy XIV, a game that I like quite a bit in case you didn't know. Even with that pretense, I was shocked at how dissimilar the two games are. To demonstrate, let's look at a few foundational features of each game. 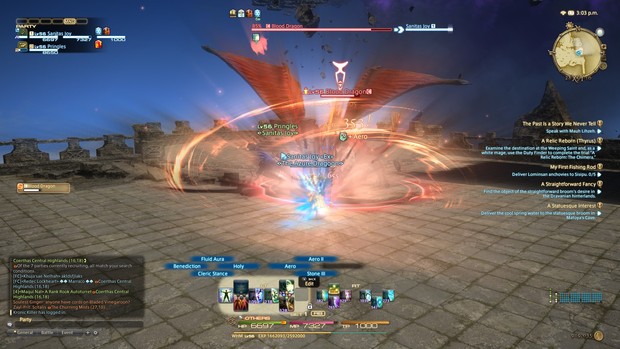 Final Fantasy XIV uses "tab-targeting" found in MMORPGs like World of Warcraft. It's not uncommon for players to have more than 30 skills on their hotbars, many comboing off of each other and relying on relative position to the enemy. Macros are often utilized by the playerbase.

The Elder Scrolls Online plays like an action RPG, with simple point and shoot controls. All players have dedicated light and heavy attacks, as well as a block command and slots for up to 12 skills. Macros are only possible through third party addons. 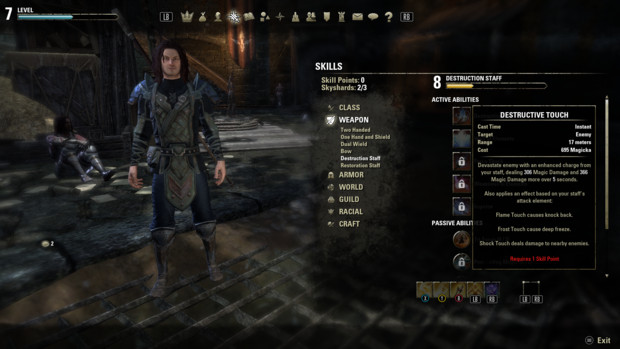 Final Fantasy XIV lets players swap between all available job classes on one character. Stats and abilities are by and large determined by the job class with only a few stat points and "cross class" skills to allocate. Tank/Healer/DPS role is predetermined by each job class.

The Elder Scrolls Online locks player characters into one of four classes upon creation. Players earn skill points through leveling up and finding "skyshards" throughout the world. Players can invest points into skills learned from weapons, armor, guilds, world skills (crafting, thieving), and each class' individual skill trees. Every class is capable of performing Tank/Healer/DPS roles. 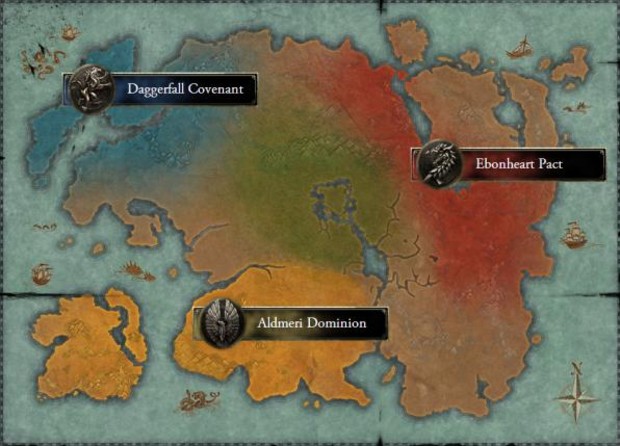 Final Fantasy XIV starts new players in one of three cities depending on their initial class. All paths converge into one story early in the adventure, and players pick a city's "grand company" to join around level 20. Grand companies primarily determine PvP alliance and can be changed by spending ingame gil.

The Elder Scrolls Online locks players into one of three factions depending on their race. Each faction has a unique storyline; travel to other faction territories is forbidden until the core faction storyline is completed. 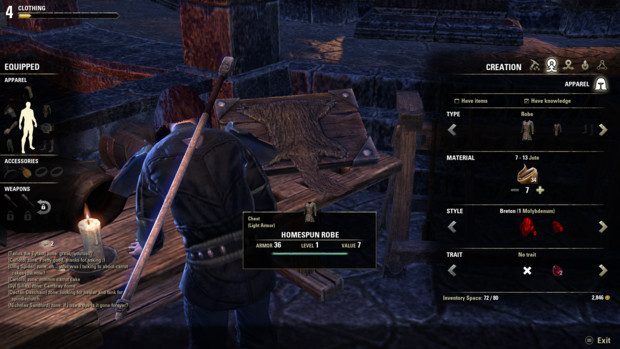 Final Fantasy XIV features a myriad of crafting recipes for each of its crafting classes. An item's success of being crafted and its quality are determined by a small crafting minigame that utilizes skills learned by each crafting class. Crafting classes have their own gear sets as well.

The Elder Scrolls Online features passive crafting skill lines, but no dedicated classes. Each item has a 100% success rate of being crafted, and the level of each item depends on how many materials are used in making it. Crafted items can then be enhanced to increase in quality, with success rates similarly influenced by how many materials are used. 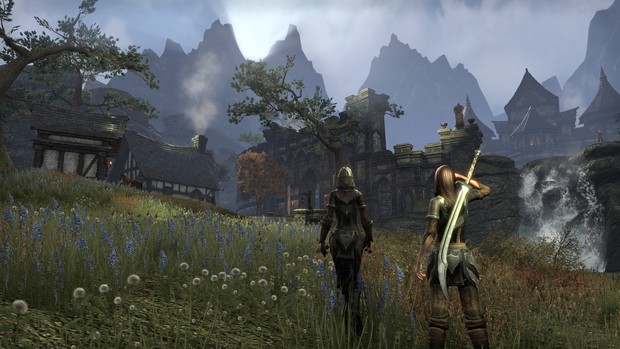 And the list goes on. There are numerous additional talking points, but you probably get the picture.

In a way, none of this should be that surprising. Final Fantasy and The Elder Scrolls are poster children for jRPGs and wRPGs respectively, so MMORPGs that channel the traits of their heritage will naturally turn out wildly different. What this does mean, however, is that debate between the two comes almost entirely down to preference. While comparisons between the two games can be made, it has become quickly apparent to me that both games target different audiences and cater to them accordingly. 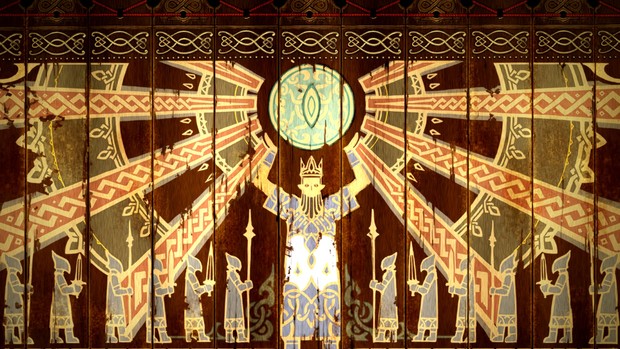 Both of these games have the right to coexist in the game industry, and we should be happy that they do.

Competition is good for the consumer, and that applies as much to videogames as it does economics.

If there's one outstanding similarity between Final Fantasy XIV and The Elder Scrolls Online, it's that both were not favorably reviewed at launch. Both then went on to make radical changes leading to a rebranding, which then led to critical acclaim and greater respect among gamers. If either of these games had a monopoly on the MMORPG market available on current generation consoles, it's entirely possible they could have gotten by doing much less.

Some gamers are quick to say that Final Fantasy XIV should drop its subscription fees and stop being "greedy," and others will say that The Elder Scrolls Online has already died because it lost its mandatory subscription fees. Claims like these completely undermine the reality that gamers have two new, exciting, big-name MMORPGs to choose from, and each offers gamers unique experiences and caters to different needs. That, my friends, is awesome. 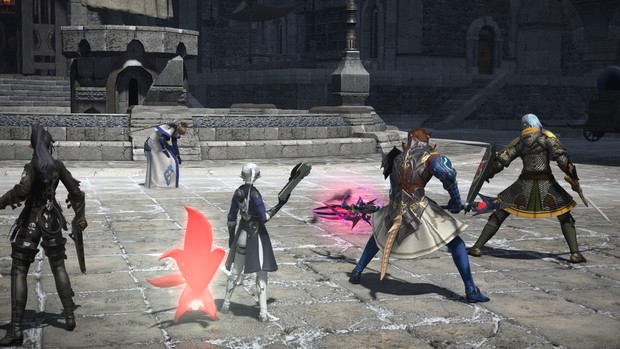 In an industry that likes to oversell promises of innovation while putting out the same old thing over and over again, we should be happy that Final Fantasy XIV and The Elder Scrolls Online are so different. We should want these games to do well. It doesn't mean that you have to like both of them. In fact, it doesn't even mean you should play both of them. But at the very least, we shouldn't be wishing for the death of either of them.

As it stands, I'm enjoying The Elder Scrolls Online, and I feel I've gotten my money's worth out of it. I also have enjoyed Final Fantasy XIV for many months and believe it to have been absolutely worth the subscription fees. It feels great to play videogames and enjoy them for what they are, and respecting others for playing what they enjoy feels even greater. And if nothing else, fans of both series can find unity in addressing how I am a traitor of both franchises by writing this blog.