When are we going to see a faithful Warhammer Videogame?

Warhammer: Total War is the latest adaptation of Games Workshop's tabletop miniatures war game Warhammer Fantasy Battles. And like many Warhammer games, I find myself simultaneously excited and annoyed that once again, a Warhammer videogame has no Ogre Kingdoms. "Total" War indeed. This brings up a question I've had since the first time I picked up Warhammer 40,000: Dawn of War: when are we going to see a faithful adaptation of Warhammer in videogame format?
Yes, I've heard all the reasons why. Games Workshop and other tabletop developers like Wizards of the Coast seem to have contrived a variety of business and legal reasons to avoid making a videogame that mimics the flavor and rules of their tabletop games. Ultimately though I think it boils down to this: if they make a videogame that way, no one will want to play the much more expensive tabletop version. And to a point I agree.
But that's largely the fault of the tabletop publishers, isn't it? Games Workshop is constantly being criticized for the monopoly-level costs of their models, which can hit $100USD for a single model. Toss in rulebooks that range from $30-70USD with updates that come out every few years? Get out of town. I mean, just sitting down and writing this has been a harsh reminder of the sheer contempt the industries that feed my hobby have for me and all their consumers. It would make the videogame industry cream their silk trousers if they could find a way to swing it, and lord knows they've tried with DLC's, DRM's, micro-transactions and the like. 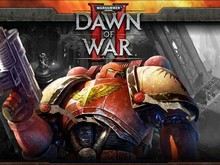 So with all that in mind, the result has been videogames that--while sometimes fun--are little more than a sample platter of what the tabletop games represent. I was a huge, huge fan of the first Dawn of War, it was the game that got me interested in Warhammer 40,000 in the first place. I played Sisters of Battle, Dark Eldar, and the Space Wolves. I got into Warhammer Fantasy Battle and played my all-time favorite army the Ogre Kingdoms. I sucked hard and never won a single battle playing the tabletop games, but I was absorbed by the setting and the opportunity I had to create a customizable, personalized army of my very own.
This, I feel is the factor that is missing from the video games, and the biggest cause of contention for me. The single-player versions of these games railroad you into playing a specific army, with specific heroes and paint jobs, and worst of all you're playing very weird versions of the rules that have little to nothing to do with the tabletop game. The multiplayer opens things up a bit for players to create a personal paint scheme, but without any nuance or depth to them. And that's if the game even has the army you prefer to play. Whole armies are ignored or kept out for "balance" or design reasons, leaving the fans of certain armies with nothing to get them interested. As I said, I play Ogre Kingdoms. And there are no Ogre Kingdoms in Warhammer: Total War. Why should I even care? I don't want to play the Empire, I don't want to play the Orcs. Ogres or GTFO.

Games Workshop, you recently shook up one of your flagships, changing Warhammer Fantasy Battles to Warhammer: Age of Sigmar. Getting into AoS is a whole other can of worms, but you have an opportunity to sit down and release Warhammer "Classic" as a comprehensive video game. Throw the kitchen sink into it. A comprehensive army painter, army special rules, customizable hero characters and units, and follow the classic Warhammer tabletop rules. Every race, every army. Toss in micro-transactions (I'm willing to see this) for unique model decals, magic items, and bring back the "Dogs of War" mercenaries so you can flavor your existing army with a unique unit of Mercs from the other races. Build online tournament modes. Do it right, GW, and you might have a true competitor for games like Starcraft.
#Opinion
Login to vote this up!