A Case for Dragon Quest Builders

One of my best friends growing up lived in a cool little house not a few blocks away from me. We spent a lot of time hanging out and playing games and his family was as nice as they came. His brother had some cool stuff we would fuck around with when he wasn't home; a pretty "hip", at the time, collection of CD's. It was the first time I'd ever heard No Doubt. But he also had a Turbografx-16 and Bloody Wolf, a game we played late into the night along with Blazing Lazers. Both were brutally tough and we didn't get too far.

One day when we were gleefully rummaging through his brothers stuff, we came across a large, full color fold out map. There were a few papers in there actually, all covered in colorful fantasy art. 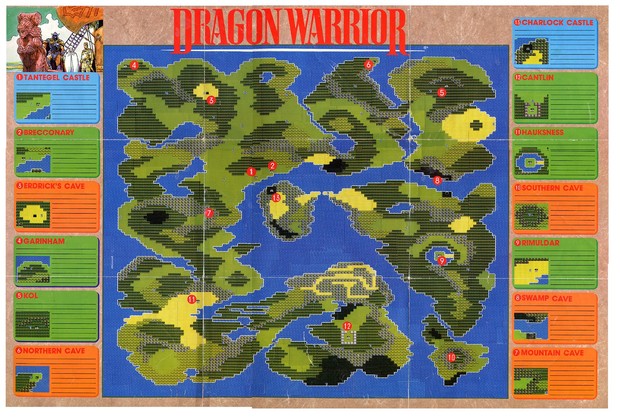 It was a strategy guide and map for Dragon Warrior, long outdated by that point, but a game I had never seen before. Final Fantasy was sort of everyones jam at the time, and NES RPG's weren't something we actively sought out apart from a copy of the first Final Fantasy which my cousins owned. So to find this arcane little game and the materials guiding you through it was a pretty cool discovery.

We popped it in the NES and pretty quickly discovered that it didn't suck.

We didn't get far, mind you. Being used to RPG's of the day like Chrono Trigger and Final Fantasy 3, Dragon Warrior was not exactly revolutionary. But it had a certain charm to it, a mysterious world where not much information was given in any one place and you were forced to explore. And explore we did. 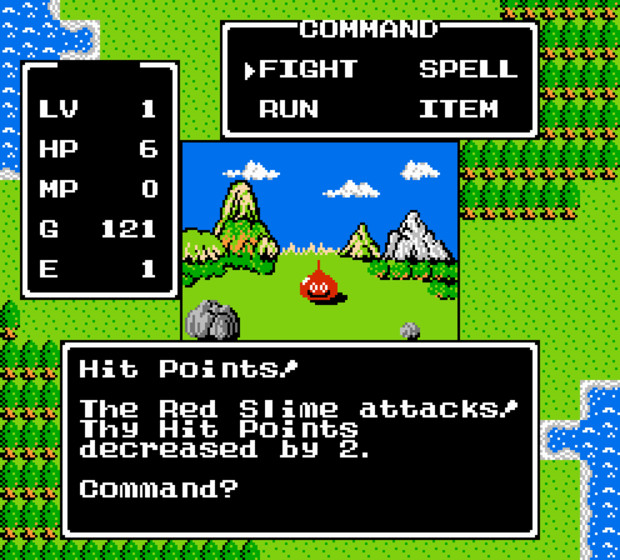 Even with the guide, we didn't really understand the need to grind at the time, to keep equipment up to date, to really make sure you were prepared for the battles at hand. Dragon Warrior was slow paced and demanding, so it wasn't long before we shelved it. But I thought fondly of it, and it wouldn't be until Dragon Warrior VII that I'd come face to face with the series again.

After the surge of Dragon Quest releases his North America in the form of DS ports, I really began to realize what a charming little series it was. Simplistic by design, but in depth enough to keep one grinding away to earn new abilities and equipment and progress the generally straightforward story of each game, DQ was a franchise of slow, incremental improvements. It didn't take the Final Fantasy route of drastic changes. You were always on a fairly simplistic quest to save the world, but more importantly, to change and improve the lives of the people you met along the way. In the last few iterations of the series there have been major changes to the gameplay but the general spirit of the thing is still there. It is an optimistic, almost naive franchise; one that works for all ages and doesn't feel the need to mature in the same way other games often do.

My reaction seeing the new Dragon Quest wasn't immediately the same as a lot of people. It didn't instantly scream out MINECRAFT even though the similarities between the two are almost jarring and were immediately off putting to many. The story is sparse; Alefgard, the setting of the original Dragon Quest has been ruined by the Dragonlord. And the hero has to restore the world by building it literally from the ground up.

And that's all it needs to be, really. The first thing I thought of when I saw screenshots was "Wow, it looks like the Dragon Quest board game." A coveted, Japanese exclusive release where you built little dungeons out of blocks and filled them with DQ licensed monsters to try and defeat your opponent, I tried really hard to get a copy a few years ago when I first heard of it. I still to this day have no idea how it plays or if it was any good, but it looked neat in concept, and the few screenshots I could find showed off a cute little conversation piece at worse. Another comparison that came to mind was 3D Dot Game Heroes, a classic little PS3 title that emulated Zelda gameplay in a pixelated 3D world to beautiful effect. 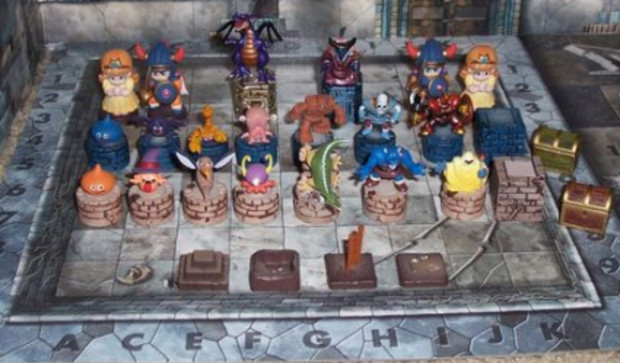 But let's face it, at the end of the day, I eventually came to the same conclusion everyone else did; it's Minecraft with a Dragon Quest flavor. But I don't think that's necessarily a bad thing.

I won't lie; I can't get enough of Minecraft style gameplay. It's so accessible, so fun, and it's the one type of game I can really get my wife into playing with me. The action survival elements give a compelling reason to continue on while you have your creative jollies, so what would be so bad about doing that, but in the world of Alefgard?

I actually think it's tonally and spiritually a lot closer to the Dragon Quest name than some people are giving it credit for.

I mean, think about it. Apart from the overarching goal of every Dragon Quest game to save the world, the series is ultimately about the lives of the people IN said world. Without them, without the characters and the quests they offer along the way, there is no real compelling reason to find the evil wizard or Dragonlord or WHOEVER, and slay him for great justice. The best parts of every DQ game I have played were those moments when you got through the dungeon or resolved the quest and saw how it effected the lives of NPC's you had come to care about. Slowly, town by town, you make a name for yourself as a legend, fixing the problems throughout the world, and building it back up from its typically troubled state. 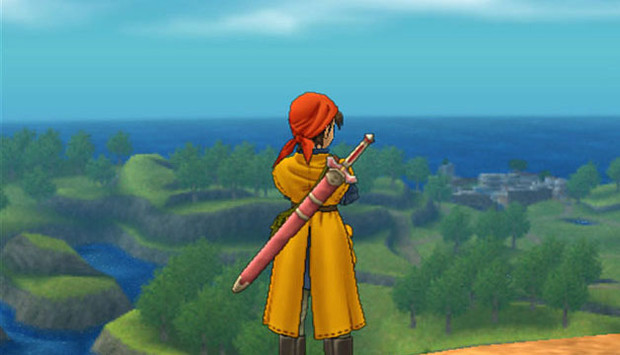 Here, you are doing that, but quite literally. There aren't a lot of actual details out yet, but the the idea of the game is clear; you are there to rebuild Alfegard, and presumably, beat the bad guy when all is said and done. And isn't that a cool thing? It isn't a metaphorical restructuring of a country in ruins anymore. You are going out and erecting it back to its former self stone by stone, presumably populating the villages and places you build with people as you go. The aesthetic fits the series perfectly; you are back in Alfegard after all, the setting of the NES game. Would you expect it to look anything different in 3D? Intended or not, it has the feel of an NES game world brought to life. And it has freakin' slimes and dragons and all that good stuff along for the ride.

Maybe I'm overly optimistic, but I didn't get too excited about DQ Heroes despite it also being a DQ branded product. The idea of Dragon Quest Online was iffy for me, and Dragon Quest IX didn't rub me the right way. I'll admit to a certain bias; Dragon Warrior, or Dragon Quest, is my favorite game in the series. That seems positively absurd to many considering how much the games have evolved over the years, but I've put more time into that title than any other, and have revisted the world several times. So to go back there again in a new, rejuvenated way is exciting to me.

It might not matter much. The chances of the game seeing the light of day over here seem unlikely. I'm not confident Heroes, the barometer by which future DQ releases are going to be judged is going to be a success. Nintendo and Square Enix have been all over the place with their release schedules of DQ games, and are clearly not entirely confident in the series. It will be interesting to see how it fares in Japan, which has a typical track record of high sales for the series. I'm curious to see just how interested the Japanese are in Minecraft-esque gameplay, and if the DQ brand is enough to sell that concept in the East in the same way the original DQ illuminated Japan to the idea of the RPG, all originally inspired by Wizardry, but made to appeal more to the masses. 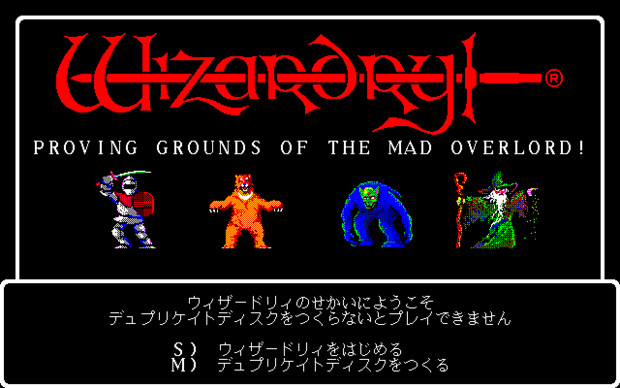 Whatever the case and regardless of the success of this or other DQ titles, the series is one that is close to my heart. My Game Boy is currently home to Dragon Warrior 1 and 2, the former of which I am playing again for the umpteenth time. I really wish the series was more beloved here, and strange experiments expanding the brand to other genres may not do it too much good, but I'll never forget the first time we pored over that map, saw the cute Toriyama imagined Dungeons and Dragons inspired monsters in the game and explored the world of Alefgard for the first time.

After turning the game on, we knew it wasn't just another junk NES game you ran into so often. It had a certain kind of magic to it. 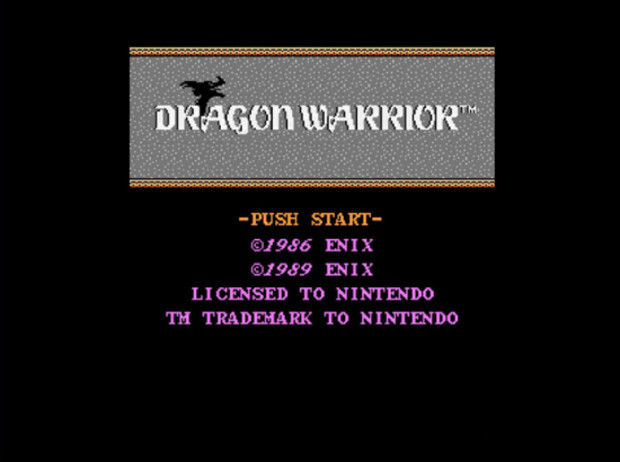 Of course, it was almost ruined by us having to remove the cartridge and blow on it a bunch. But once we got past the flickering blue screen, it was magical nonetheless.