Day/Night gaming, How does the time of day affect your gaming habits?

This is something i've recognized for a while now. My tastes in videogames depend on what time of day it is. As someone who seems to get plenty of time to game (being semi-unemployed and all), I find myself playing differrent games at differrent times of the day. Mornings are always the worst part of the day for me. You get up, your eyes are full of grit, you feel unmotivated, still tired and just want to grab yourself a cuppa and hop into something easy. Well first of all I search my Youtube sub box, then the C blogs along with every single responce/comment I can find until I'm ready to start getting into some action. 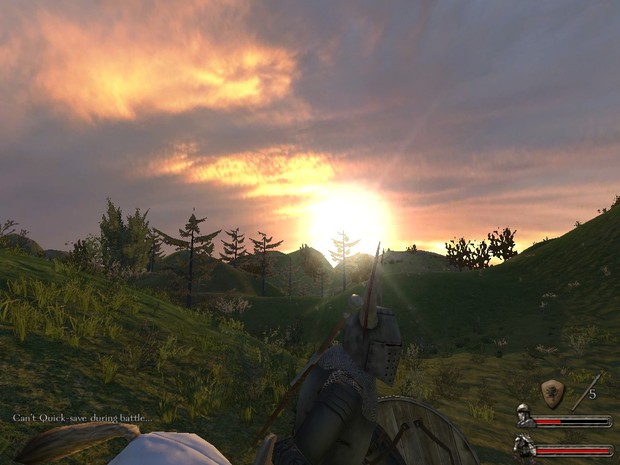 Time for an early morning ride into the sunset...

Now what would I do for daytime gaming? Well it all depends on what i'm feeling like. At the moment I've been playing some Mount And Blade Warband (Phantasy Calradia Mod) and it's a really great game to jump into as you get absorbed into it fast and there are so many things going on that you never know what's going to happen next. After several hours of warring with enemy factions, killing bandits, doing quests and odd jobs, I start to feel motivated for something else so I leave and go play something else.

Other games I tend to play are Space Engineers, though this depends on whether or not friends are on so this is usually left until early afternoons, I find building games to be great daytime romps as they take a lot of time to do (and you wouldn't have time for it at night) and you constantly feel that you're moving forward little by little in your own little world, enjoying it all the while. It seems that to me, the best daytime games are sandbox games where I can just do whatever the hell I want, particularly multiplayer games. 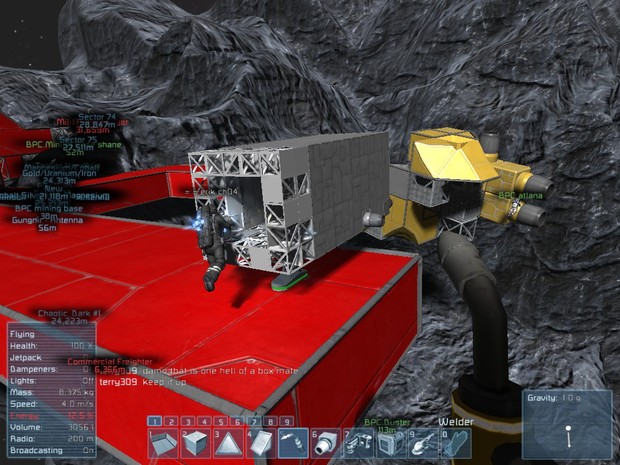 I enjoy making fun of other people's creations

Additionally there's Town Of Salem, the perfect coffee break game (although I drink tea instead because I'm british) as you're not doing much in terms of controlling anything, instead you're talking your way out of situations and essentially playing a game VIA communication. It's amazing how such a simple game can be so addictive and it is, though to be honest there are a few people who suck the fun out of it. This brings me back to the days of Warcraft 3 Mafia, the same game but without that stupid report button. Essentially you could call yourself dickslap and troll everyone in game for the ultimate satisfaction, can't do that in Town Of Salem or you'd get reported. 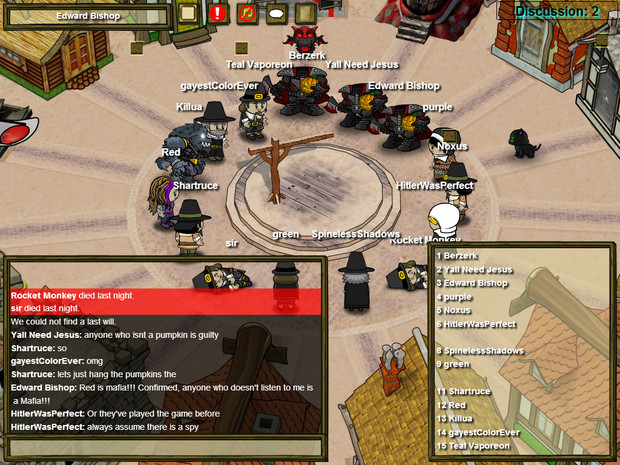 Games like Town Of Salem are not designed for the sensitive folk and honestly there shouldn't be a report function. This is why Warcraft 3 Mafia will always be the better game because as we all know, Warcraft 3 Battle.net is completely lawless, what's done in Warcraft 3 Battle.net, stays in Warcraft 3 Battle.net and it should stay that way. Then again I can't help but find myself playing on it way too often. It's become a guilty pleasure of mine indulging in the holstility and the stupidity that Battle.net has to offer. I get that fuzzy feeling whenever i hear people using the most offencive profanity in the most nonsensical way possible. I love listening to people try and act gangsta whilst I sip tea and destroy someones base.

That aside, lets talk about late aftermoons. This is usually where I start with my backlog, usually because i'm not motivated enough in the mornings. Currently i'm playing through Tales Of Phantasia on emulator (because i'm using the de-jap translation as I can't understand a single word of Japanese). Depending on what game I fell like playing at the time, I will play it but i do like to keep some kind of structure to it. Sometimes I just don't feel like playing a backlogged game and go and do something else, sometimes I'll play it for about 2 minutes and give up. RPG's tend to be these games. Whilst I enjoy them a lot, I usually find myself playing them in short bursts and to be honest I like it that way. Even Grandia 2, a game which i grew somewhat addicted to, I had to break it up into sections because i wanted to savor the moment. 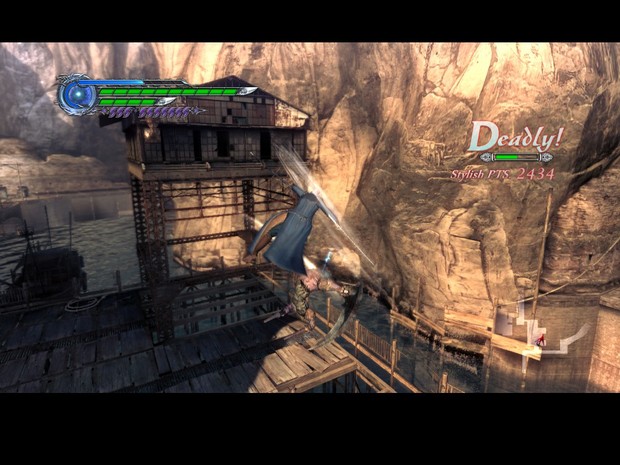 Other games are just tedious/repetitive either because they haven't aged well, i'm not really feeling up to it or they're just boring and tedious. Sometimes I stop playing certain games because they frustrate the hell out of me. For example I stopped playing my second playthrough of Devil May Cry 4 Special Edition just because it got annoying to play and because I'm really bad at Devil May Cry. Devil May Cry 4 especially which I find to be the most frustrating game in the series period. The same thing happened with Zone Of The Enders 1 and 2 as well, I wasn't enjoying them because I kept getting frustrated, despite that, in my review I tried to remain composed and gave it a very generous score considering the amount of hell it threw at me. Sometimes games can be very hard to review but I assure you that I never let my personal experiences get the best of me when I review but that doesn't mean that I can't share my personal frustrations as I believe they're important too.

So after playing through a late afternoon RPG, I get to night time, this is easily the best time for gaming. The time where you can easily get immersed into a gaming experience is at night. There's nothing but you, your TV and some old school games. Not all the games I play at night are old school, that's just one example. Another example is playing those steam games that I still haven't played much of just for the hell of it as I find I have way more fun playing them at night than I do in the day. At nigth I feel motivated... but at the same time I don't have long before I need to sleep so I try to play something which doesn't require too much time investment but at the same time can give me some enjoyment. 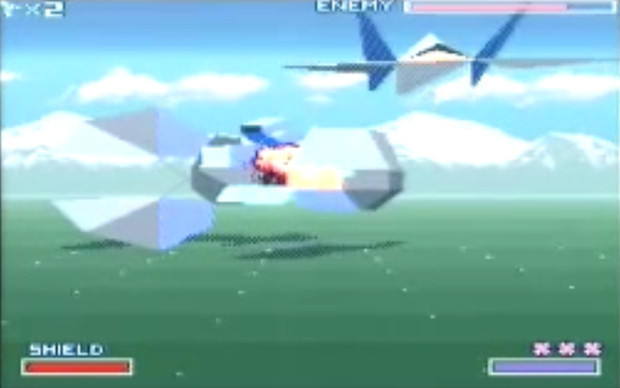 This is where I find old school games shine. You don't care whether a game is current gen or not at night, you don't even care if the game is outdated or if there's a replacement. You just want some good old school fun, maybe some nostalgia. How about some Kirby? Or maybe Hyperzone... or F-zero... or Starfox. Maybe I want to play some crappy PS2 game which is on my "I stopped playing because X" pile. I don't know why but sometimes even the simplist of games can be fun at night. Sometimes games which I don't personally care much about can be really fun at night. Night time gaming can be summed up as "no shits given". God I love gaming at night. Playing Starfox on the SNES is like going out clubbing... gamer style, heck the music even has that old 70's night club vibe. I find a lot of SNES games share this too.

Now before I ramble on too much, do you find yourself playing differrent games depending on the time of day? Do you sometimes find it a struggle to play certain games at some points? What game is currently taking up most of your time? Leave your responce below!

Lazy ass blog I know but I don't like being inactive for too long. Plus it's kinda late, might play something old school/indie. I'm sorry to the guy below me who put so much work into his/her blog only to be pushed down my mine.

- Once you head down the dark path, forever will it dominate your destiny... and you get dental.

"Exactly as I'd hoped. Humans... so weak and malleable. How you ever managed to oppose the legion I cannot fathom. You have merely delayed the inevitable" ~ Balnazzar

I will publish blogs on there earlier because it has a better editor (plus I don't have the Destructoid rules to worry about). I will still publish blogs on here though and I probably will post any top 10's exclusively on here, this site is merely a home for all of my blogs so that in case anything happens I can keep writing.

Just an outspoken fan of rpg's and gaming in general who likes to rant about first world gamer problems because there are so many.

My blogs mostly consist of reviews/rants of games of all generations, particularly rpg's. I try to blend my reviews with both facts and opinion so that people can see from my own experiences and decide for themselves. i will also tend to review older titles because i still believe that there are few people out there who haven't played these awesome titles and deserve to give them a chance.

Oh and as for some negative's you might point out, i can't spell for my life and my grammar is terrible. Plus i like to exaggerate my points a little to make things more fun, yet some people are dense enough to take them as fact.

Here is my response to those intelligent enough to point them out:

Masterpiece (Same as masterful but for overall score, will be based on opinion), of course it won't be perfect in every way but it will be close to perfect, no game is perfect.

Masterful - Perfect in every way (Formerly 9.5+) (definitely pick up the game if you are a fan of the genre)

Exceptional - Goes way beyond expectations (Formerly between 9.1 and 9.4) (definitely pick up the game if you are a fan of the genre)

Excellent - Does what it needs to and provides a first class experience (9.0) (definitely pick up the game if you are a fan of the genre)

Great - Does what it needs to, provides a high class experience (8.5-8.9) (recommended to all fans of the genre)

Good - Does what it needs to and provides a very enjoyable experience (was 8.0 - 8.5) (recommended to all fans of the genre)

Satisfactory - Does what it needs to, provides an experience which is just enough to satisfy the player (Formerly between 7.5 - 7.9) (Reccommended to read the review if unsure)

Decent - Does what it needs to, experience can very depending on the players tastes (Formerly 7.0-7.4) (Recommended to read the review if you plan on picking up the game to see if it's for you)

So-So (Now Mediocre) - Not for everyone, has some issues, may be worth a try if patient enough to cope with it's flaws (Formerly 6.5 - 6.9) (Reccommened to read the review if you're interested in the title)

Flawed - Alot of flaws, difficult to recommend, some may be able to pass them by but will require a lot of patience (Formerly 5.0 - 6.4) (Reccommened to read the review if you're interested in the title)

Awful - (Formerly 4.9 and below) (If you see this, don't pick the game up for this catagory)

Kill It With Fire - (Same as Awful but for overall score, based on opinion which in this case is usually right if you see the game, you know what to do, don't buy this and if you do, get some gasoline and a match)

Too Long (Legend Of Dragoon lol)