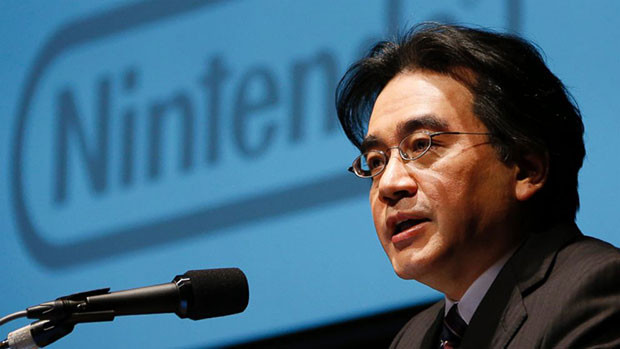 The world is still mourning the loss of visionary producer and programmer Satoru Iwata, who died Saturday due to complications from a tumor. While his employer is encouraging people to share their thoughts and feelings on his passing in a new Miiverse dedicated to Iwata, the 47 other Japanese citizens named Satoru Iwata would ask that you stop filling up their Facebook walls and Twitter feeds with messages of consolation.

While many fans of the legendary developer have left their condolences on the correct social media pages, those who just heard about Mr. Iwata within the last two days have been messaging the first Satoru Iwata they come across. Jasmine Rika of White Plains, NY said she had to express her feelings over his passing after she figured out who the hell he was.

"After I looked up who he was on Wikipedia, I realized I had to pay my respects," Rika explained. "So I logged onto Twitter and found him and left a message that said '#RIP #Sadface.' I just wanted to show that he was in my thoughts, though I will say it was a little odd that a man in such a high profile position would use a picture of Kanye West eating an egg as his avatar."

45-year-old florist Satoru Iwata from Tokyo said his heart was absolutely broken when he logged onto Twitter and read thousands of messages from fans saying how much they'll miss him.

"I never met Mr. Iwata but it's clear he had a big impact on the lives of many, many people," Iwata told the press. "It was very difficult for me to tell these people they had the wrong Satoru Iwata as they were all very, very sad. Except for my ex-wife. She seemed to be glad I was dead."

In the Kumamoto Prefecture, gas station attendant Satoru Iwata arrived at work yesterday to find a small mural of flowers had been left by the front door.

"I didn't understand," Iwata said as he cleaned up the flowers and forwarded them to Nintendo's headquarters. "Did they think Mr. Iwata ran the company by day and works the register at a gas station at night?"

Satoru Iwata, a noodle house owner in Mito, said he has received more than 800 messages on his Facebook wall from gamers around the world thanking him for all the wonderful games he made.

"I tried to explain to them I wasn't that Satoru Iwata," he said. "However, when I did that it seemed to cause more confusion and I was met with at least one message of 'AHHH, ghost post!'"

The noodle house owner told his Facebook friends that they should honor Mr. Iwata by having fun with the games he created. Iwata posted that he planned to do so by playing the first Nintendo game Satoru Iwata created; however when he was told that game was NES Open Tournament Golf, Iwata posted "Maybe a little Kirby instead."