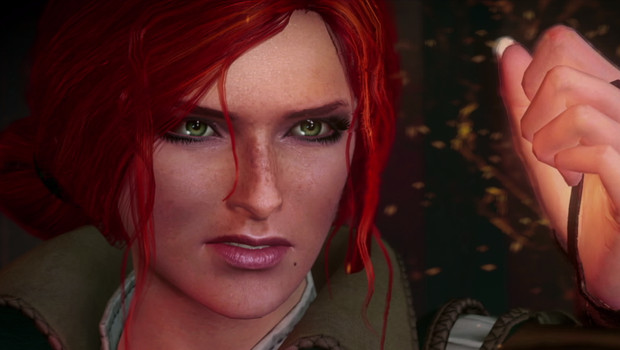 It's a lazy week here at PS FNF. Our lovely boy Nanners is off having birthday shenanigans. Probably doing illegal substances and punching policemen, as young men do. So there's just a couple games tonight.

I'm deep in the grips of a Marvel Puzzle Quest addiction (gotta catch 'em all) but I've still been finding time to play Witcher 3 and Payday 2 on the weekends. Initially, I was having trouble getting into Witcher 3. I'm getting increasingly burned out on open world games. Even when the mechanics are solid, it's really hard to tell a story well when you have to factor in the fact that the player may have just spent ten hours, exploring, hunting animal pelts or climbing radio towers in-between story missions. It gets really hard to invest.

Witcher 2 had areas to play around in but it was very focused on the overarching story in a way I liked quite a bit. Witcher 3, on the other hand, is very much in the mold of the modern open world game. There's endless question marks on the map begging to be explored, but at the expense of the main story. People had the same problem with Dragon Age: Inquisition where people would get bored trying to explore everything in the opening area when they should have moved on hours before. However, the game left that information to you instead of prodding you forward. Witcher 3 makes the same mistake. It has a suggested level for the main quest but doesn't force the issue. As a result, I wandered around Velen for far too long and ignored Skellige until I was about level twenty. By then, I was really invested in the regicide plot but it came to a screeching halt because I ignored the other part of the main plot and the quests dried up. Rather than go to Skellige ready to explore another gorgeous new area, I was annoyed and rushing because I wanted to get back to the part of the story that interested me more.

CD Projekt Red knows how to tell a compelling story. Not only is there the gritty realities of life as a Witcher but social atmosphere and the witch hunts for mages and minorities. And Geralt's love life, of course. However, in presenting it in an open world form, they gave me too much freedom and I lost the momentum driving me forward.

That's not to say all is lost. I powered through and I'm still enjoying myself. I just would have enjoyed it a lot better if the developers had a mission that forced you to go to Skellige to keep the narrative moving instead of leaving it purely up to the players to choose. L.A. Noire, for instance, had absolutely NOTHING to do in it's open world but that allowed them to tell a really strong, focused story. Red Dead Redemption found a different way around it.

A great example of CD Projekt Red's storytelling chops are in the romantic triangle between Geralt, Yennifer and Triss. Yennifer is headstrong and impulsive. She does as she pleases and worries about the consequences later. Triss is more grounded and level-headed. Both are strong characters, but in different ways. The idea that Geralt and Yen can't tell if their hot-and-cold relationship is the product of a spell or just two strong personalities was, cleverly, never really answered. Did the Djinn really remove the "curse" or was the cruel twist that Djinn's always use that there was never any spell to begin with? It's ultimately the player's decision if there's something more between them or not.

Personally, I'm a Triss 'shipper. Yen, to me, is a lust object. She's never going to change and that makes any relationship with her fraught. Triss is living in the real world and can aknowledge the consequences of her actions. Also, Yen likes to fuck on a stuffed unicorn. Bearskin rugs, okay, sure, but on a dead stuffed animal? That's just plain weird. And awkward. (How the hell do they stay on there?)

I'm enjoying the game but there's still work to be done in terms of how to effectively tell a story in an open world setting.

The Last Of Us: Remastered (PS4)