Counterpoint: Best E3 Ever? Most Overhyped is More Like It

[Warning:I'm about to get incredibly cynical here (and lazy with images :p). You were warned]

I've been waiting a bit before writing about E3 because I wasn't sure if my initial impression after the fact was wrong or it was just me overthinking things. But after a couple of weeks to let most reveals and news sink my initial feeling has only been reinforced. What's really unusual is that I seem to be the only one to have actually noticed how poor E3 this year actually was and everyone else is riding the hype train in a way that  publishers like EA, Activision, WB and Ubisoft can only dream of to sell mediocre and buggy games. You know,  the kind of hype that makes potential customers buy their stuff without questioning what it is they are buying.

In reality this wasn't the best E3 ever, but the most overhyped ever. A great E3 shows us not simply promises of games to come but actual gameplay of said games that really justify the hyped poured (the original Metal Gear Solid and Rising E3 trailers come to mind). Instead this year was mostly filled with promises, CGI and hype. Let's look at the conferences of the big 3 and the rest of publishers in a separate way to get where I'm driving at beginning with: 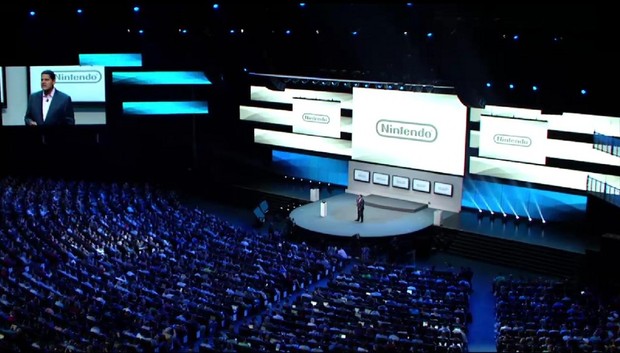 Let's address the obvious elephant in the room here first: Nintendo's presser was considered very weak. What is mind boggling is why it was considered  so weak, from my perspective the problem can be separated in 3 parts. The first part of the problem was on Nintendo's shoulders. think about it, by all standards the presser wasn't half bad. New games were announced (Star Fox Zero, Mario & Luigi: Paper Jam, Triforce Heroes, Mario Tennis Ultra Smash, Hyrule Warriors 3DS), some games got a confirmation for release outside Japan (Fire Emblem Fates) and others got a confirmation for release this very year (Xenoblade Chronicles X and Yokai Watch) ALL with actual gameplay footage. Yet it could have been so much better if it had not been so willfully diluted by showing content outside of it (the whole Direct for Smash Bros on Sunday), leaks by third party partners (Koei accidentally letting slip Hyrule Warriors 3DS), not using games with readily available footage that are confirmed for release this year (Fatal Frame 5 in the US, Devil's Third in Japan), withholding some huge info (Starfox Zero is made by P* for fucks sake!) and failing to include some future releases (Rodea the Sky Soldier, Mighty Number 9, Azure Striker Gunvolt 2, Bravely Second).

The second part was the overly dramatic reaction by Metroid fans over the new 3DS spinoff and subsequent victim behavior as if Nintendo had announced the end of the IP. I can understand wanting a new main canon Metroid title but for the love of Miyamoto, the Metroid IP is part of the group that get games more often in each gen along with Mario, Zelda and Kirby. The reaction I witnessed was something you'd expect from the Kid Icarus or F-Zero fanbases in that situation, with near 20 and 12 year for a new game respectively. It was so bad that other publishers have become wary about revealing games to prevent that kind of insane backlash.

The third and final part of that problem came from Sony and MS' conferences, I mean they were really solid, right?. No, not really:

At first sight MS's presser achieved the impossible, it turned the tables for the XBone, overcoming an image problem it had since it's original reveal and became a decent rival for the PS4 once again. The biggest news was the announcement of BC with X360 titles, specially because it's something Sony can't easily duplicate unless they release a BC enabled PS4 model with a cell processor, but for that they'd have to either make it more expensive or price it the same $400 to sell it at a loss while simultaneously burning the 25 million customers that bought PS4s since launch. They also announced new IPs (ReCore, Sea of Thieves), sequels (Gears of War 4, Garden Warfare 2, Forza 6, Halo 5), some games got firm release dates (Rise of the Tom Rider) and even something that got Rare fans interested in the Xbone (Rare Replay). For the cherry on top MS showed the new hololens tech, awing the audience and giving people food for though about what new gaming possibilities this tech might bring.

Sounds good until you think deeply about it. For starters, BC? doesn't work directly with the discs but uses them as a key of sorts to prompt a download of the digital version of the game. This isn't so much of a problem until you realize 3 things:

Don't get me wrong, I'm glad that we get even a few BC titles, specially something like N+ because that means that there's an actual chance MS might mend one of their mistakes with the Xbone: not being able to play X360 XBLA games on the it. But at the same time I'm not gullible enough to think most 3rd parties will make their old games BC compatible unless there's something to gain from it, something like free press for new games like the case of Fallout 4 and Rainbox Six Siege. But besides that? it's gonna be a slow drip similar to the Nintendo VC and PSN classics again, if not worse because this is free after all.

Then there's the games announced, they fall into one of the following categories: CG trailer (Recore), 3rd party stuff that also will be available on PS4 even if it is eventually (Tomb Raider, Dark Souls 3, The Division) or sequel to first party IP (Gear 4, Halo 5). The first speaks for itself, specially in a world after Alien Colonial Marines, Watchdogs and Batman Arkham Knight (on PC) where we can't even trust alleged gameplay footage to be indicative of the final product. The second means that those that already have a PS4 have no real reason to buy an Xbone. The third is only relevant to people interested in these IPs that to be fair most likely already have and Xbone.

Last but no least is the hololens, to make things short I'll say it has the very same hindrances as Sony's Morpheus, meaning price tag and games that implement it. And if the Kinect is any indication, then it will be relegated to family and party games before being taken to the shed to put it out of it's misery or it's true potential will seen by the PC crowd with some custom apps. Bottom line, this won't go anywhere.

To sum things up, MS' biggest victory was getting back into gamer's good graces and into the race against Sony with what's essentially smoke and mirrors. Oh, and speaking of Sony.

Most people will agree that Sony's conference was pretty solid, specially after the trilogy of megatons formed by Shenmue 3, The Last Guardian and Final Fantasy 7 HD, yet much like MS', once you really start analyzing below the surface (and with a good deal of extra info from the weeks after E3) you realize it wasn't that groundbreaking.

Shenmue 3 was the biggest illusion of all, not only is it not confirmed as an exclusive and isn't even fully supported by Sony. Instead Sony merely gave the title a little extra press for it's KS campaign which wouldn't have looked so bad if not for the horrible mishandling of information in the week(s) after E3 were it seemed that every new piece of info only made it look worse:

At least we still have The Last Guardian, the title that was rescued from development hell thanks to the PS4's extra power that made it possible. Oh wait, that's a lie, turns out the reason we've kept waiting for TLG for so damn long was because of an executive decision not because the PS3 couldn't handle it. I'd understand if TLG would have been in development for so long it couldn't be a launch title but at least a year 1 or 2 in the PS4 but not with 3 years of the library being 90% indies and PS360 remasters.

Then there was FF7HD. To cut to the chase, if anyone thinks S-E will release this game before the PS5 release they are really out of their minds and that's the least of the problems with this one. What am I talking about? well for starters seems the game will likely be put through changes beggining with the battle system. Now, I can understand having to update a few things and adding some tweaks, the problem is I just don't trust S-E to not screw things somehow. Didn anyone forget the screw up that was the FF10 PS4 port already? FF13's hallways? FF15's almost full decade of development? I could go on and on. And those are only the internal changes, then comes the changes that are being requested by the easily offended the first of which is for Tifa's bust to be removed. Knowing this particular crowd it's only a matter of time before petitions arise to change parts of the game due to violence against women for the purpose of advancing the story (Aerith's death), homophobia (the bath house scene), transphobia (the jokes while Cloud crossdresses) and whitewashing (Yuffie is a ninja and a white girl).

The rest of the presentation was CGI trailers, indies, 3rd party stuff that will likely hit  PC or/and the Xbone and VR stuff. 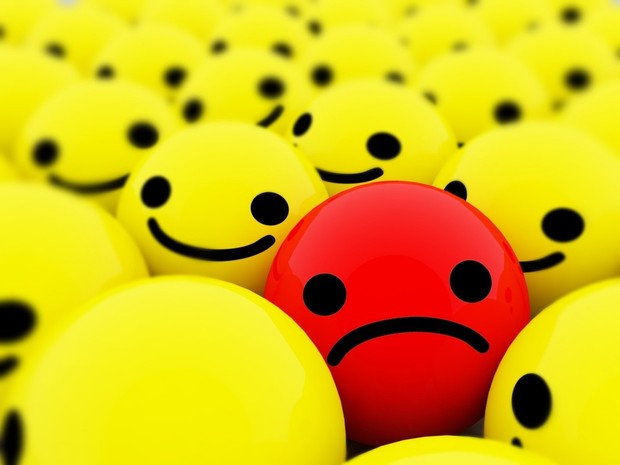 I could go on and analyze 3rd parties but I'll sum my thoughts by repeating that in a world after Watchdogs, Aliens: Colonial Marines and Arkham Knight on PC nothing but a detailed review or at least a developer with solid track record will convince me to be hyped for any game. While there's still a few devs that meet that criteria like Atlus, Nintendo and Platinum Games (and while I completely agree with Chris Carter's opinion that P* are the true winners of E3), it's sad to admit that they are either unsung heroes or criticized by their "fans" for not delivering exactly what they expected. What a disapointing E3 this one was.