A Look at Video Game Ads of the Past: GameCube (Part One)

Hello and welcome back to a long overdue round of retro game ads. After putting these out on a pretty regular basis since the inception of this series back in January, I realized that I hadn’t made a new one since April. Whoops. To be fair, a lot has happened in my life the past few months. I graduated college and have started the job hunt while at the same time revising a novel I’m working on. There was also the site change, which took some time getting used to. But, I’ve also been kind of lazy when it comes to updating my blog here. Sorry about that.

As a little reintro to this series, what I’m doing here is showcasing retro print ads from comics and magazines through the years. I have a decent collection of old comics and more recent magazines, so I thought it would be fun to sift through these for any video game ads that might show up. Thus far, I have divided each segment based on platform, moving chronologically. My first segment focused on Atari/Intellivision ads from the early 80’s and I had three segments dedicated to the NES. Since then, I've had segments for the SNES, family of Sega systems, PlayStation, Nintendo 64, and a free-for-all segment of stuff I thought looked cool. With the amount of ads I still have sitting on my computer, there should be at least eight more entries in this series, including this one. Throughout all of this, it has been fun looking at how advertisements for video games have changed through the years and I hope this series shows that progression.

Alright, let’s get to it. Though I introduced this entry with ‘retro game ads’, the terminology doesn’t feel quite right. It feels like that era of games (GameCube, Xbox, and PS2) is in a weird transitional stage: they’re not exactly retro but not exactly new, either. The Xbox 360 came out a decade ago and there’s a solid generation between then and now. Heck, I remember many of these games back in elementary and middle school and I just graduated college. Is there some kind of default waiting period for when something is deemed retro? Regardless of terminology, it was fun putting this entry together, despite not playing some of these games until just recently. Maybe it’s just some early 2000’s nostalgia on my part.

As I’ve mentioned before, all of these ads come from magazines and comics in my possession. I have an assortment of old gaming and kid’s magazines from the early 2000’s, such as GamePro, EGM, and Nickelodeon Magazine. This first entry will focus on first party games and related sweepstakes for the GameCube, while the second will focus on third party releases. Strangely, I didn’t come across a single Super Smash Bros. Melee ad while flipping through these magazines. I don’t know if there are gaps in my collection or if the game was so hyped that advertising wasn’t necessary. In any case, I hope you enjoy the following collection. 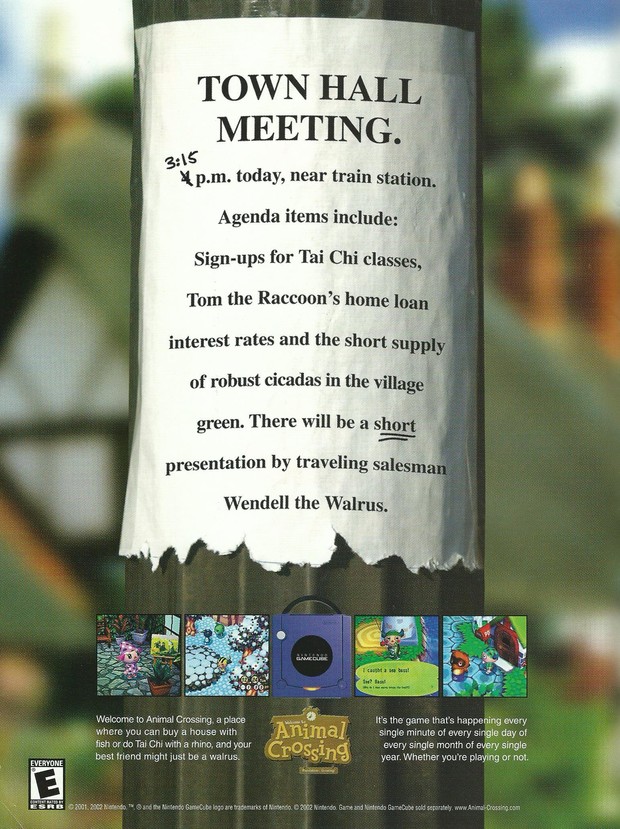 A perfect representation of what Animal Crossing has to offer. Just be wary of 'Tom the Raccoon's' interest rates. 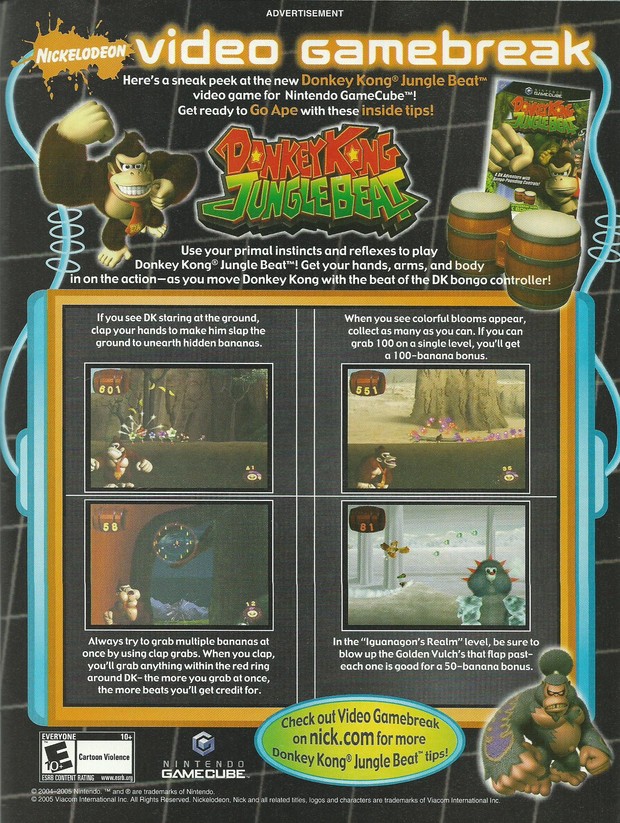 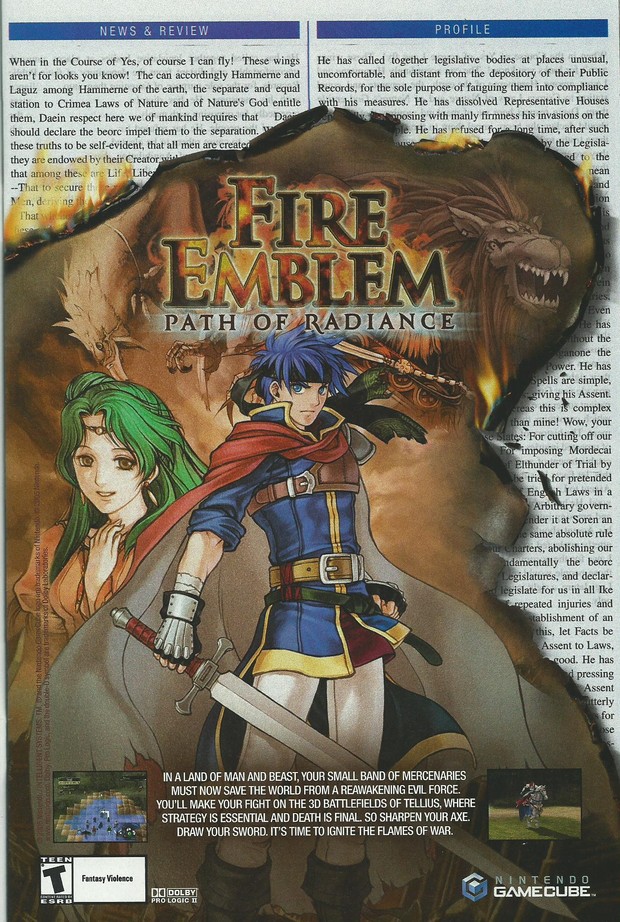 The most interesting part of this for me is probably the burning page beneath. It reads like a history professor's fever dream. 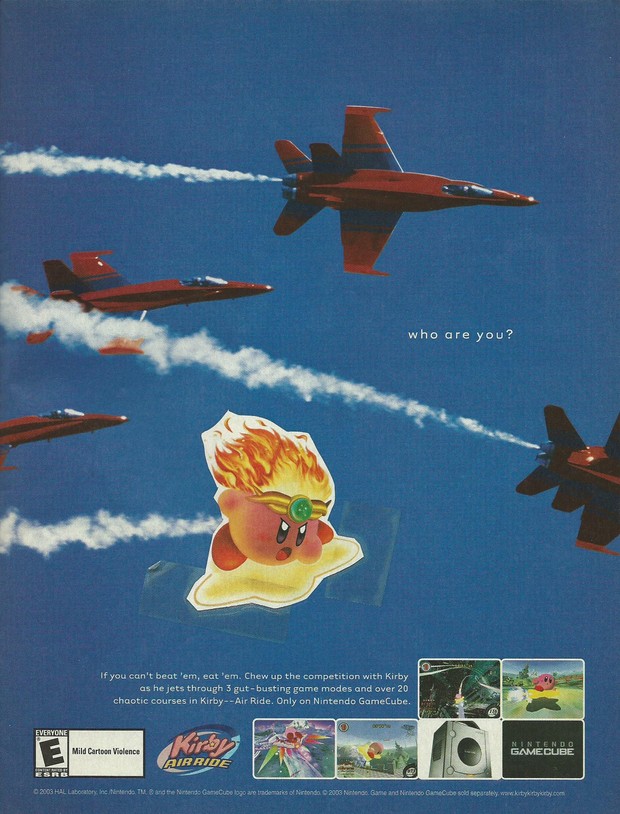 Nintendo ran a series of ads under the Who Are You? slogan, each of which featuring Nintendo characters taped onto related real life images. 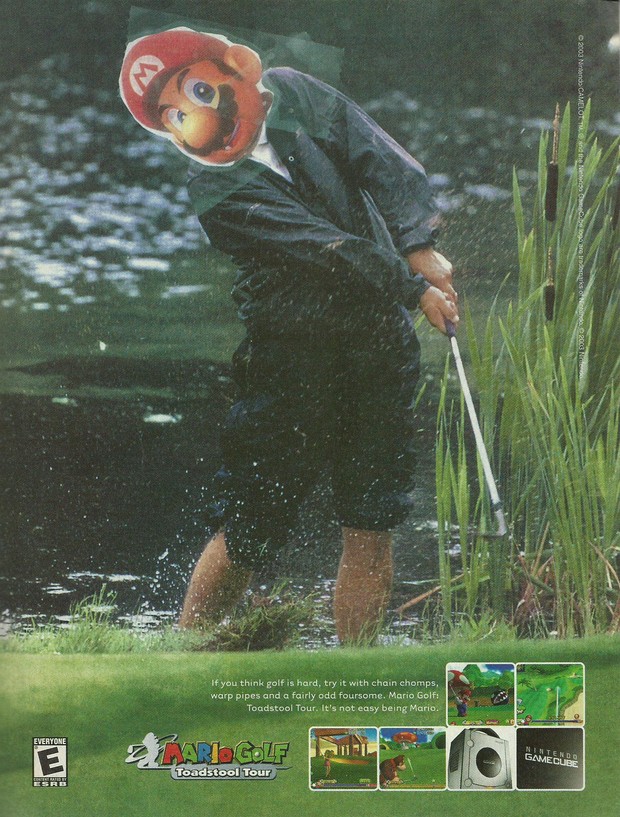 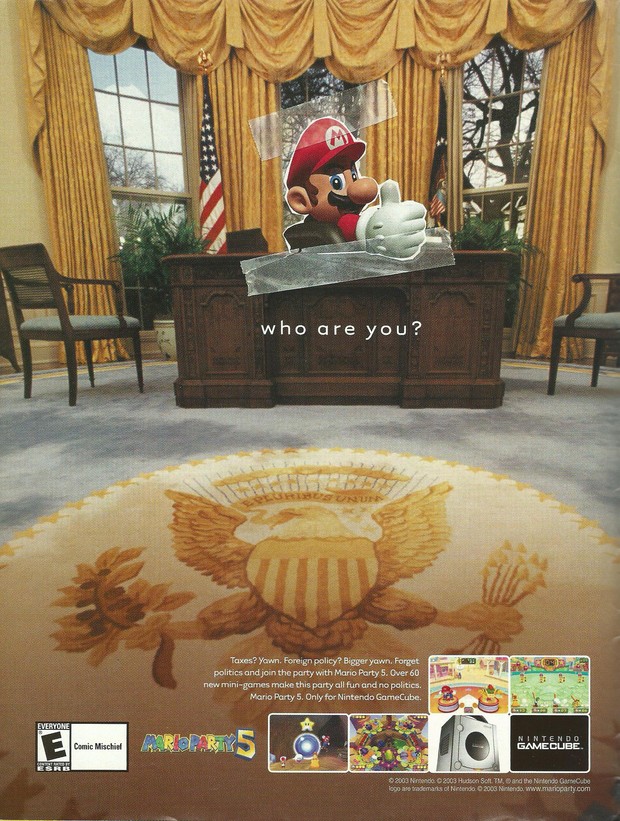 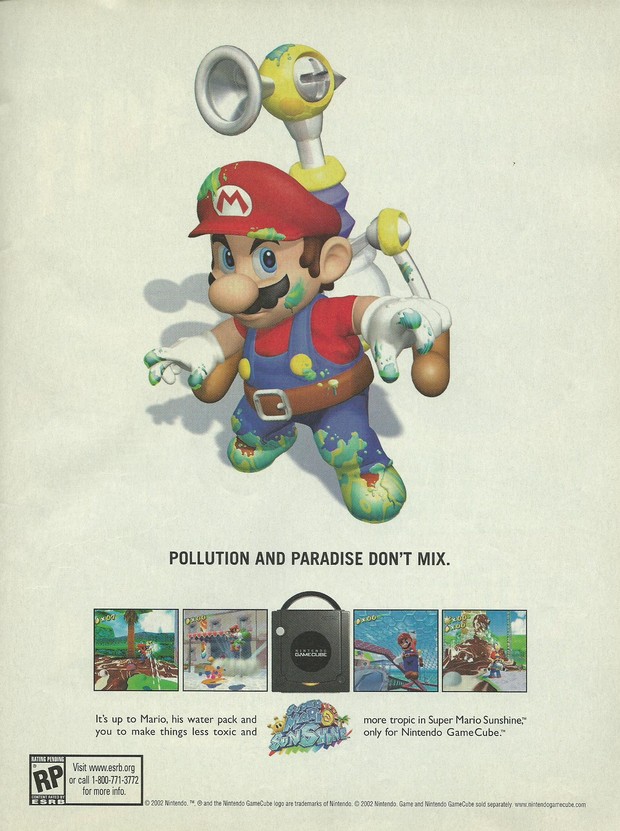 Despite my love for 3D Mario games, I still haven't played this one yet. I always thought the water pack was a unique mechanic, so I really want to check this one out at some point. 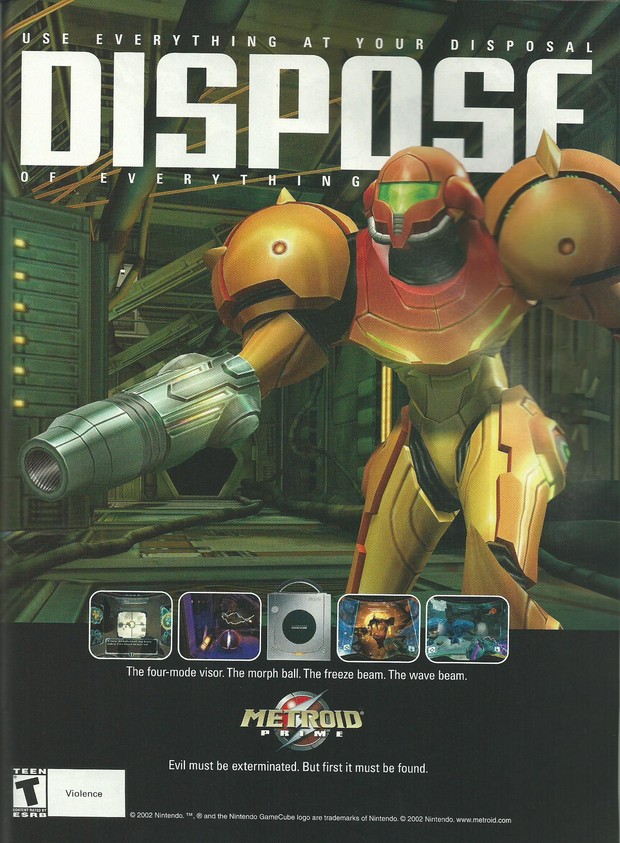 One of the few Nintendo ads I found in a standard video gaming magazine. Most of these came from various kids' magazines. 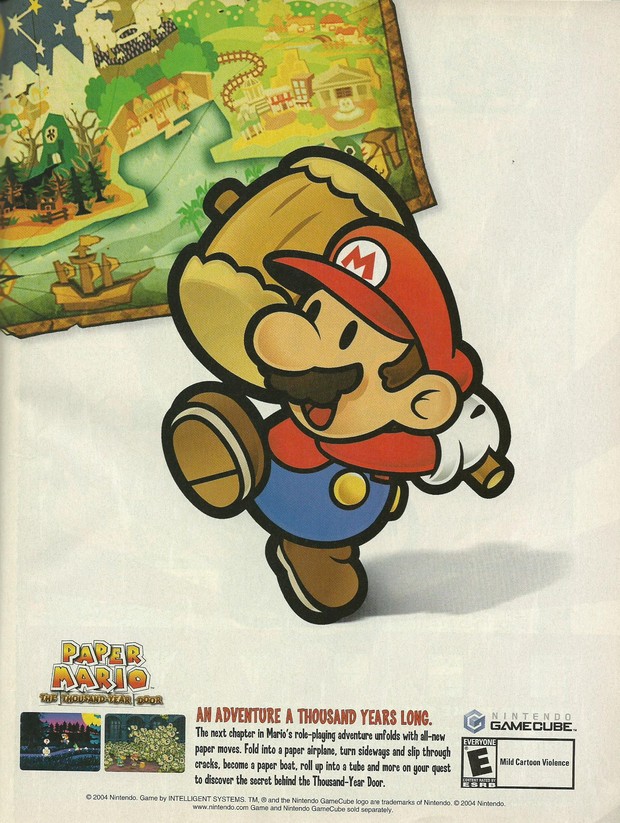 I love Mario RPG's and the style of humor they utilize. 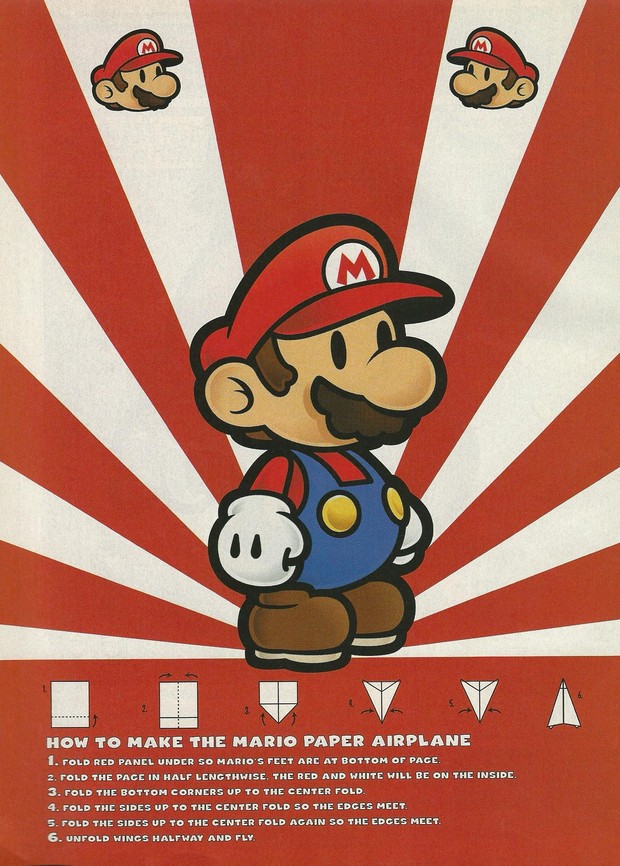 The opposite page of the previous ad. Print it out and go nuts, kids. 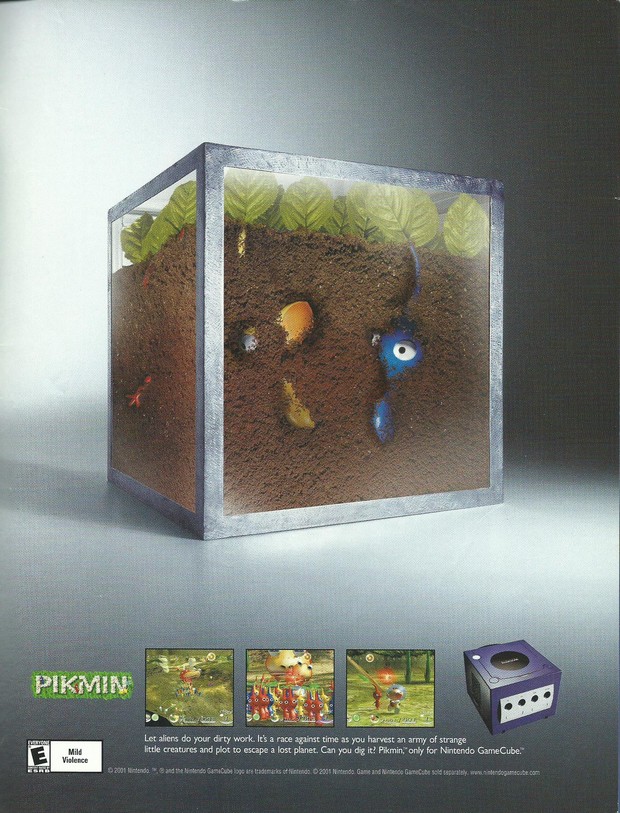 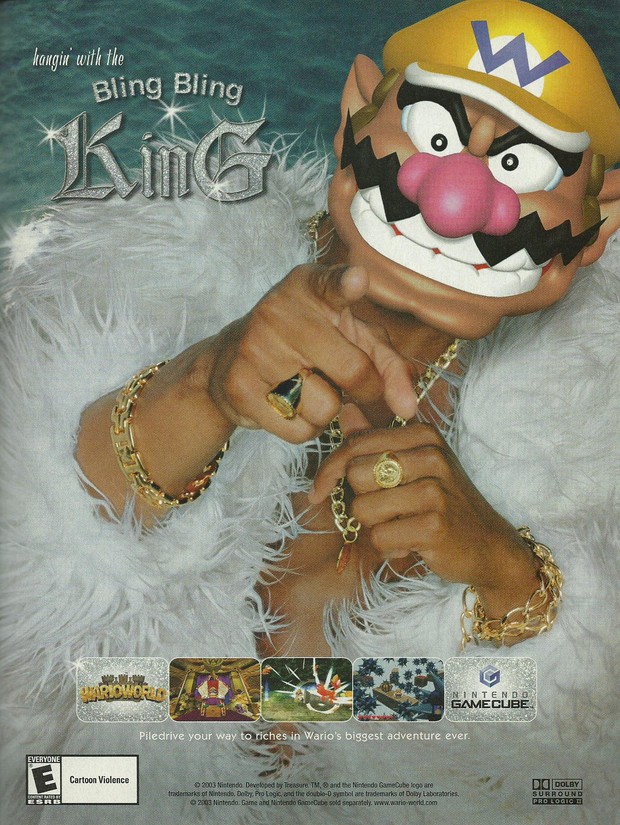 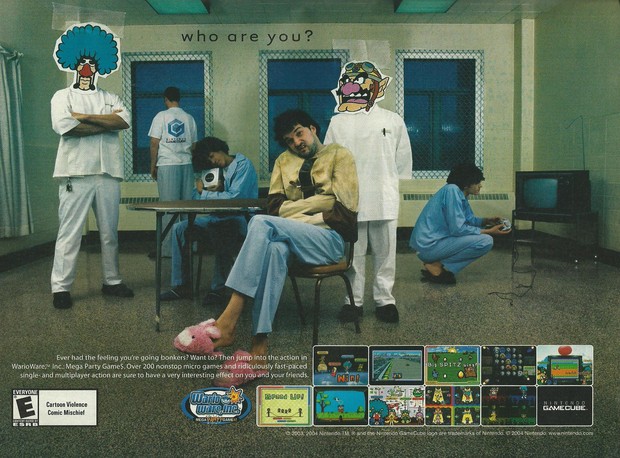 I think what I've gathered so far is that you shouldn't play Wario games, or risk insanity. 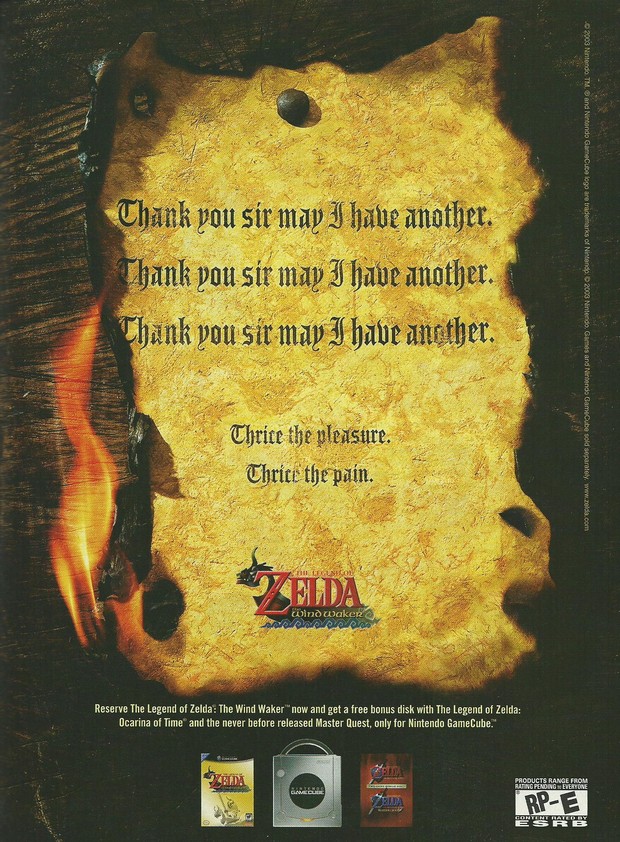 Despite being a massive Zelda fan, I've barely touched the Master Quest version of Ocarina of Time. After beating it multiple times, it sounds like a welcome challenge. 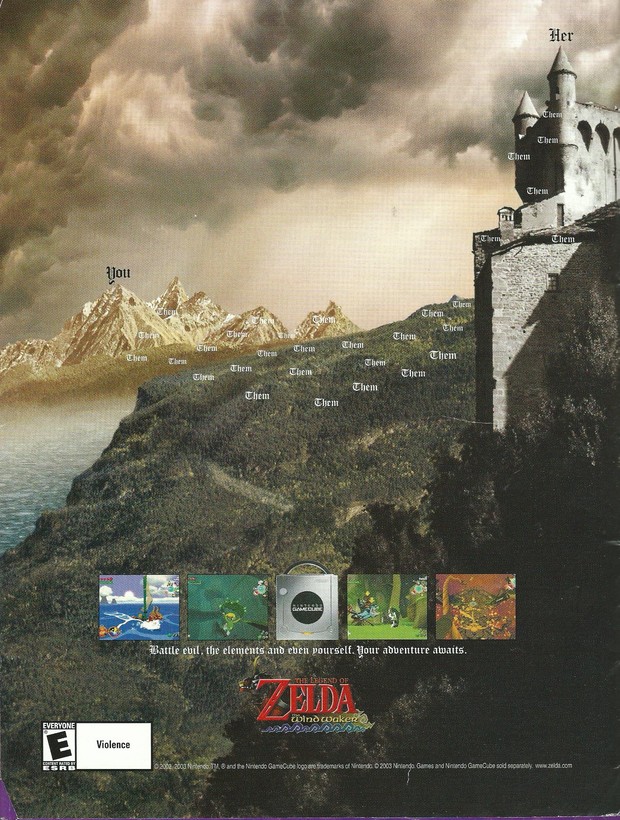 This ad has stuck with me since I was a kid. Though I didn't play the game until a few years ago, I liked the promise of adventure this ad brought. That is, until I figured out how innacurate it was. You don't traverse a forest and you don't rescue a princess from a tower. Also, the most definable aspect of the game is barely seen here. You spend much of the game on water and there's only a little bit there on the left. That tagline is also a bit iffy. You certainly battle evil and the elements, but you don't really battle yourself, at least on a physical level against a Dark Link. All in all, it's a cool looking ad, but doesn't reflect the game very well. 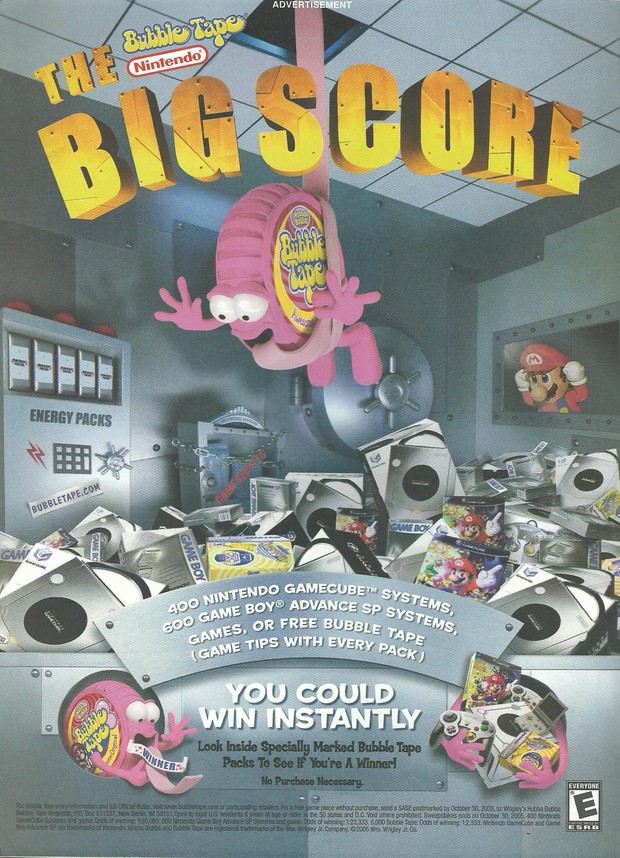 I remember seeing a bunch of TV ads for this sweepstakes back in the early 2000's. 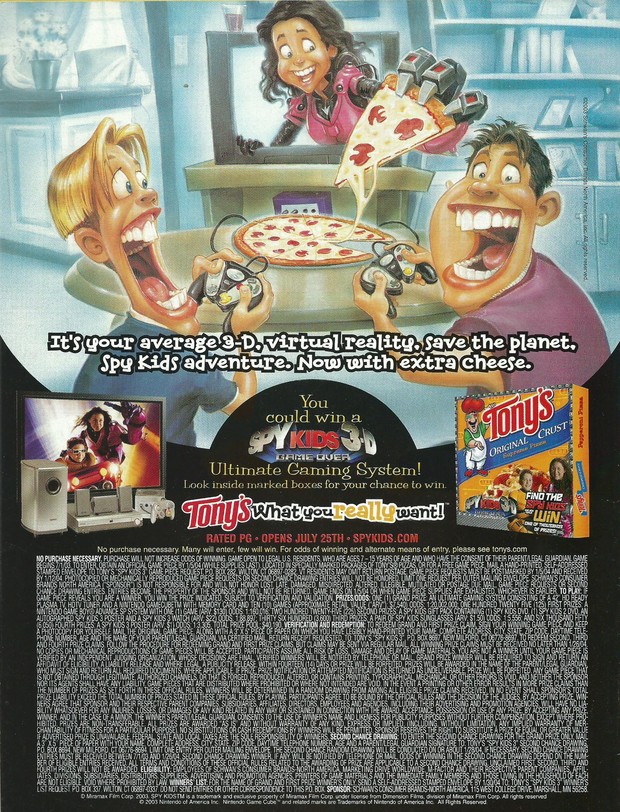 You know, if anyone asks me what the early 2000's were like, I'd probably show them this. Probably covers most of the bases.