Imagine if we were to get together, all of us, and voice act for a Bloodborne TV show. Each main member of DToid gets a part or even in some cases, multiple parts.

By the way, if I do in fact leave your name out it's not because I hate you, it's because I'm simply trying to trawl through so many members and we only have limited parts. I am simply matching up the parts to the people I think would do a good job.

So keep that in mind. Please. For me. And for Bloodborne. But mostly me.

So I'm going to tackle this beast head on, with even the Bosses getting voices and screen time as quite a few of them would be humourous if they were to actually have dialogue.

So let's get cracking.

The Protagonist - Played by Chris Carter

Why wouldn't you all want Chris to be the main hero? Not only does he have the ability to tell things as they are, but he also loves the Souls games. He even has Ornstein and Smeough pyjamas as well as a sexy Gerhman outfit.

Trust me. I know these things. Plus Nekro told me.

Many of you are also probably wondering why I didn't use Chris' avatar in this area and I can answer this simply: There is no such thing as Chris Carter in Bloodborne. When Chris goes out and about and gets into a fight, this is how he stands, looking down on his opponents with all the rage of a wild hunter.

Iosefka, The Doll and Rom the Vacuous Spider - Played by GajKnight 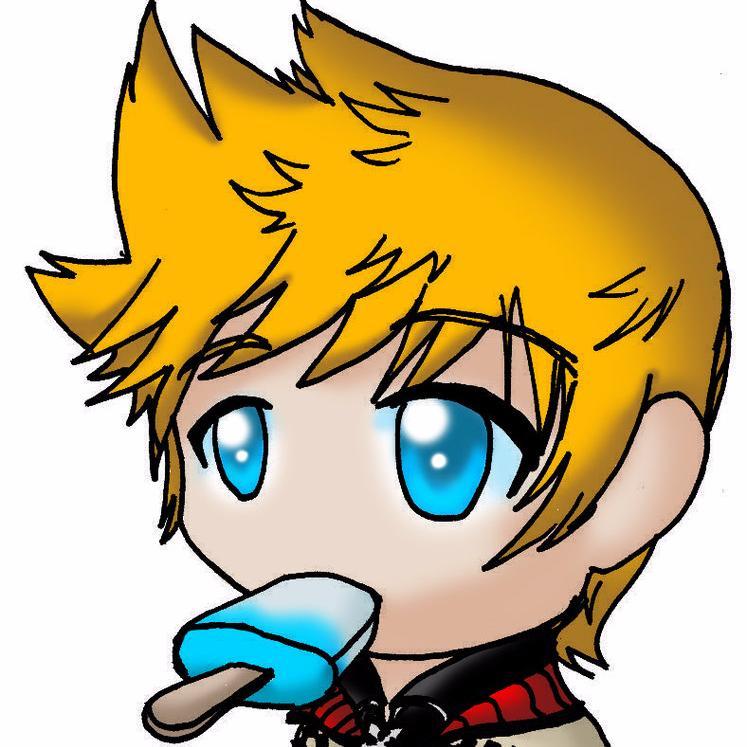 He's British and is a taunting son of a bitch if he needs to be. Being the master of all things alluring, Gaj would easily be the best fit when it comes to playing Iosefka, as we need someone who can make every word sound believable.

As for Rom, well, we need a voice that is powerful and daunting. He's British. Those two things go hand in hand. Unless he's a chav. Don't be a chav Gaj.

Now The Doll needed a voice user and I promise you, it will make sense eventually. Plus who doesn't want Gaj whispering nice things into their ear as they watch the show? 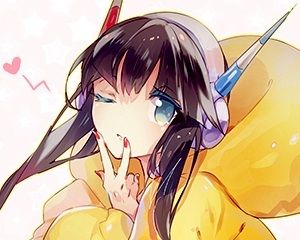 Given Luna's can do attitude, I always think to myself "You'd be very good as a hunter of hunters." So naturally Luna is the clear choice as Eileen, that sassy minx with her awesome garb. The only real issue is whether or not Luna can bring something different to the role, as Eileen's voice actress sells the idea of being both calculating and a bad-ass.

Meanwhile the Wet Nurse is a simple job. Be threatening, lacking in remorse and a protective elder... Luna fits that bill too.

Chapel Dweller, Gerhman the first Hunter and Micolash Host of the Nightmare - Played by Nekro 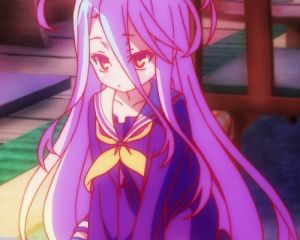 However, I know that Nekro can pull off the "crazy as fuck" vibe too, so why not let him play Micolash? You know it makes sense.

As for being Gerhman, well, Gaj was playing the Doll. It only makes sense that he is used both physically and emotionally by Nekro. Much like real life.

Witch of Hemwick - Played by Pixie the Fairy 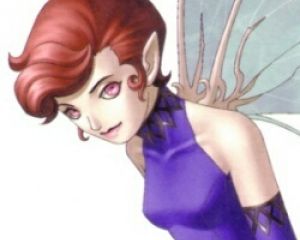 Because who else could play an arcane user better than a god damn Fairy? If you have a better actor then please, inform me. Plus, it helps that the Witch of Hemwick disappears into thin air, much like Pixie does for a few hours at a time. But you can be sure that they both are always there, watching you. 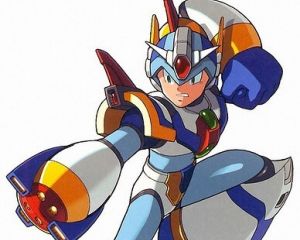 Why not make HLBC play two of my favourite hunters in the game? Not only do they know each other for life but they also have a strong bond that nobody can break. Much like HLBC and Destructoid. Also I can only imagine what it would do to him if he was to get his ass handed to him by the Protagonist if said main charcater was to be played by Chris Carter.

It might just drive him mad. I'm a sick whore sometimes.

Patches the Spider - Played by FlanxLycanth 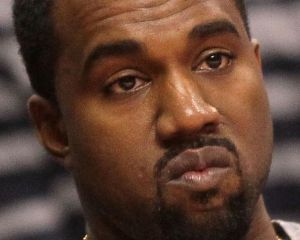 I apologise for filling up your screen with a large picture of Kanye.

Patches the Spider has an incredible ego and a ridiculous amount of self-worth. Much like Kanye. See the link here? Plus, half the time Patches sounds like he's off on a rant or a rambling speech when actually he is prophesising certain things to come. He's a genius nobody understands. Much like Flanx. 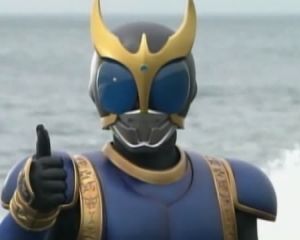 Logarius is strong willed and stops at nothing until you are dead and buried, laughing at your corpse in his maniacal sense of justice and defense of property. Zetta would do the same thing if you stepped on his turf. Trust me, I know, it's how I lost my first-born.

Shadow of Yharnam - Played by ShadeOfLight 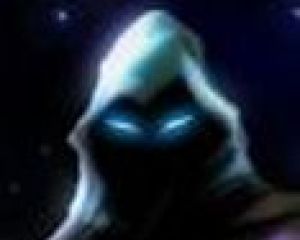 "Why do that when we can take him out to lunch?"

"I wanna keep him as a pet. Maybe even a gimp."

"As long as we get to kill him after we use him as a gimp I'm all for it."

"Why can't you two just be nice for a change?" 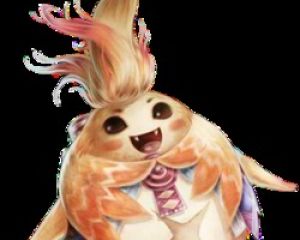 Able to be quick as a flash and sometimes poison you with his words alone, Yoseph is the clear choice for the Blood Starved Beast. He will get you no matter where you go and soemtimes when you think you've escaped him, he slashes at you before you can blink.
I always imagine the BSB as a very flamboyant creature, I mean the top of its head looks like a set of party flaps. He definitely just wants to dance, it's why he swings his head back and forth. I'm sure Yoseph could bring that flamboyancy to life.

The One Reborn - Played by CJ Andriessen 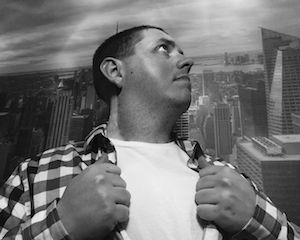 A creature that has multiple phallic objects stuck inside of it played by someone who used to be named "It's About to Get Gay in Here"... Yes please.

Just imagine all the sick and perverted things this guy could come up with on the spot. Plus he'd make you believe every word of it too. Right before declaring that you can't sue him.

In my mind I have an image of the Moon Prsence being disgusting and perverted, its tentacles wrapping themselves around Chris's Protagonist and probing him in unwanted places. As soon as I thought of the Moon Presence as a giant, fiddling tentacle monster I just knew Dream was the choice.

He'd make it his own and consistently reference every single fetish Chris has in order to make him feel humiliated. That's just what Dream does and I'm sure the Moon Presence would concur.

Every Yharnam Citizen with a Top Hat - PLayed by GentleGamer 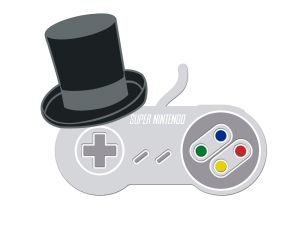 This fits because the hat fits. And everyone knows how precious GentleGamer is with his hats. So why not allow him to voice every single citizen of Yharnam with a top hat. They could be all gentlemanly as they slash and tear their way through the main characters. 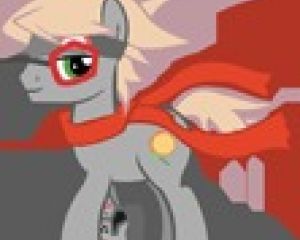 Imagine this scar-ass beast coming at you before begging for milk. Or sex. Or sexual milk.

Amygdala and Ebrietas - Played by Occams 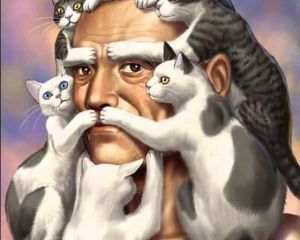 How could I leave out this sexy mofo? The voice of a God and the looks of one too, Occams definitely fits the bill to be able to play two Great Ones. Especially if Chris is offered the chance to play with kittens before he fights the Amygdala.

"You're here to hunt me? Have a cat for trying." 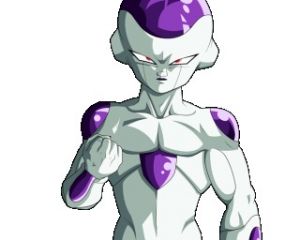 Why would I not want to play two righeous religious assholes? Especially as I get to read out that awesome speech that Willem gives to Laurence:
"We are born of the blood... Made men by the blood... Undone by the blood..."

However, technically speaking this means I would just be talking to myself in a small room as I act out how I want them to say things. That seems rather lonely...

If I missed out any characters just say so but the main ones I think I covered to be honest. Oh wait I did forget one:

Take that how you will.