Charm Is The New Grit

Videogame visuals can be divided into two categories, fiction and non-fiction. In the 8 and 16 bit era, technical restrictions dictated the creation of 2D games with cartoon like graphics, the console war between Sega and Nintendo showed how popular these types of visuals were as most of the war was judged on the success of their respective mascots. Games like Mario, Sonic and Mega Man all looked like saturday morning cartoons spawning many clones but also inspiring some great franchises that still exist today. Meanwhile realistic visuals used greys and browns for their worlds and characters and were not as visually engaging in comparison. The cartoony style allows features like the eyes and mouth to be oversized while realistic characters have to take proportions into account and you could rarely see the whites of their eyes. Many emotions can be displayed with small movements of the eyes and mouth, Sonic's idle animation has him tapping his foot and looking at the camera but without the oversized eyes you wouldn't be able to tell he was bored, this can create character and emotion without the need for text or a cut-scene. 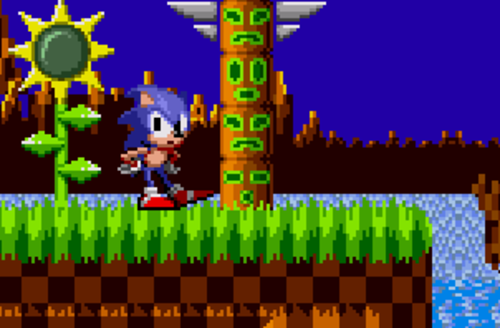 Realistic graphics were mostly used for movie tie-ins...Mostly. These movie tie-ins would rely on your knowledge of the film to portray the characters but, because of licensing and a want for the movie to be promoted as much as possible, the games had to look as close to the film as the tech would allow. 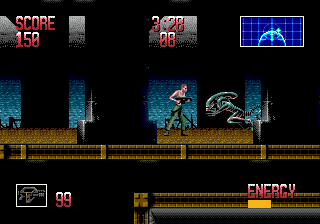 Then 3D came along, it was a massive leap as now game worlds could be explored in much more depth and characters could be modelled to a much higher standard and they could be more realistically proportioned. More visually realistic games started popping up alongside the classic cartoony style. Both Crash Bandicoot and Lara Croft found themselves mascots to the PlayStation despite their contrast in visuals. At the time people were so impressed by the improved realism 3D provided that it started becoming the more popular style. This seems like a joke with games looking as stunning as they do now but Tomb Raider was cutting edge and the problem with the cutting edge is it gets blunt quick.

3D originally took away the illusion of smooth lines so that characters were made up of chunky blocks which, at the time seemed like a step back from the smooth Saturday morning look of Sonic or Mega Man. When I compare Tomb Raider with Crash now I see how the charm, brought across by Crash Bandicoot's use of colour and disproportioned character models, has aged so much better.

When Rare Replay was announced I decided to dig up the old N64 and play Conker's Bad Fur Day. I did this because I remember how charming it was despite it's crudeness and (to tie-in with Bloggers Wanted) it has only got better with age.The visuals are great, they really invite you in and the disproportioned cartoony models create character that really gets you invested, whether it's Conker or an NPC. I put Rainbow 6 on as a comparison and that hasn't aged well at all, I nearly puked. The characters were blocky and the textures were basically the same as Minecraft's but this was in a realistic shooter. The PlayStation 2 (Xbox and GameCube) era's swan song was Black, it was released right at the end of the consoles cycle and took every advantage of the technology, it's the best looking game on that system that used realistic visuals but even that doesn't stand the test of time when compared to a cell shaded cartoon aesthetic like Sly Cooper (don't sue) or XIII.

Now that I look at this screenshot I see how XIII blended both fiction and non-fiction styles well using cell shading and realistic proportioned characters. XIII will age so much better than a game like Black. If Tomb Raider showed that realistc visuals don't have to be placed within a realistic narrative (you fight a T-Rex), then XIII showed that a realistic narrative (shooter with a conspiracy story) can be in a game world that uses cartoony visuals. Even last gen a game like Hitman: Blood Money , which was really fun and had realistic visuals, probably won't age as well as Banjo-Kazooie: Nuts and Bolts, which was not as fun but the charming aesthetic mean it will still look good in ten years.

Last gen was the peak of realistic looking games in the market with the popularity of Call of Duty and Battlefield. Now these were the games spawning clones and the cartoony mascots were really thin in numbers as the publishers started to dictate what the market wanted. Then the indie scene opened up and produced games like Braid and Super Meat Boy that, not only, returned to an older, simpler style of gameplay and charming characters/art style but also sold very well, proving there was still a market for cartoony aesthetics (although Super Meat Boy would have to be compared with something like Ren and Stimpy and stay well away from saturday morning). Things kept moving like this and while AAA developers were focused on grey and brown war game sequals the indie market would proceed to create retro looking games like Shovel Knight. Games that showed graphical power had nothing next to charming colours and characters. I have felt this way for a while. When people were asking "do you prefer Battlefield or COD?" I would answer Team Fortress 2. I think the charming aesthetics of the early days are now back in fashion as the most talked about team warfare game at the minute is Splatoon. 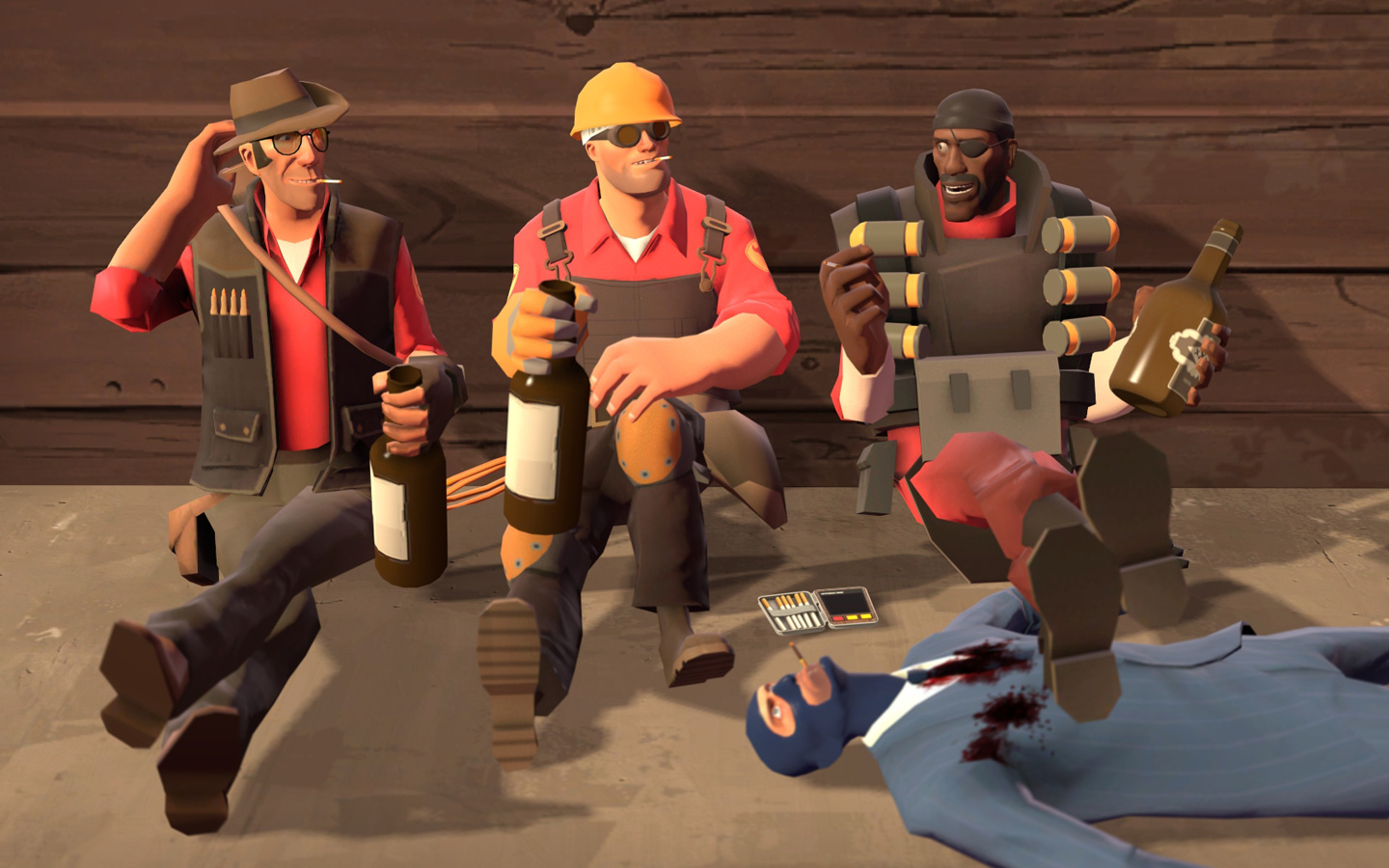 I find it strange that games like Gears of War, which was a new franchise last gen, are getting remastered. The tech isn't that much of a leap and because of the chosen art style this version is only going to look good for five years and then they will have to remaster it again. A game like Sonic 2 just needed an HD makeover to make the colours better and bob's your uncle, it looks good...forever (or at least until the step after HD). This brings me to Final Fantasy VII and how I think opinion will be divided on whatever aesthetic they go for. I have heard people complain about the character models in the original FFVII but then praise the cut-scenes, both went for the charming cartoony look and this is what they need to focus on making better. I think Final Fantasy IX is the best looking of the lot and if they went back to the endearing cartoony style of that game I would probably buy back into the franchise. Unfortunately Final Fantasy has been going for more realistic proportioned characters and that has put me off as I'm not invited in by any Disneyesque charm, I'm just turned away by teen angst looking like teen angst. The FFVII remake trailer looked as though they are trying to bring the classic game into the current realistic art style of the recent franchise entries but I think this will take all the charm out of the characters we already love. FFVII was a bleak environment in most places but was populated by these colourful endearing characters. What do you want to see? A charming bright yellow haired sprite in a colourful HD blue suit with starry eyes and rosy cheeks wondering the grim streets of Midgar or an attempt at making Cloud more realistic to his story by making his blue suit a very grey blue and giving the character a gritty presence in a gritty world. I always thought the cuteness of Cloud, Zidane and all the characters of FFVII and IX made me more empathetic towards them and their problems, this also meant I was more immersed in the world and more engaged with the characters. 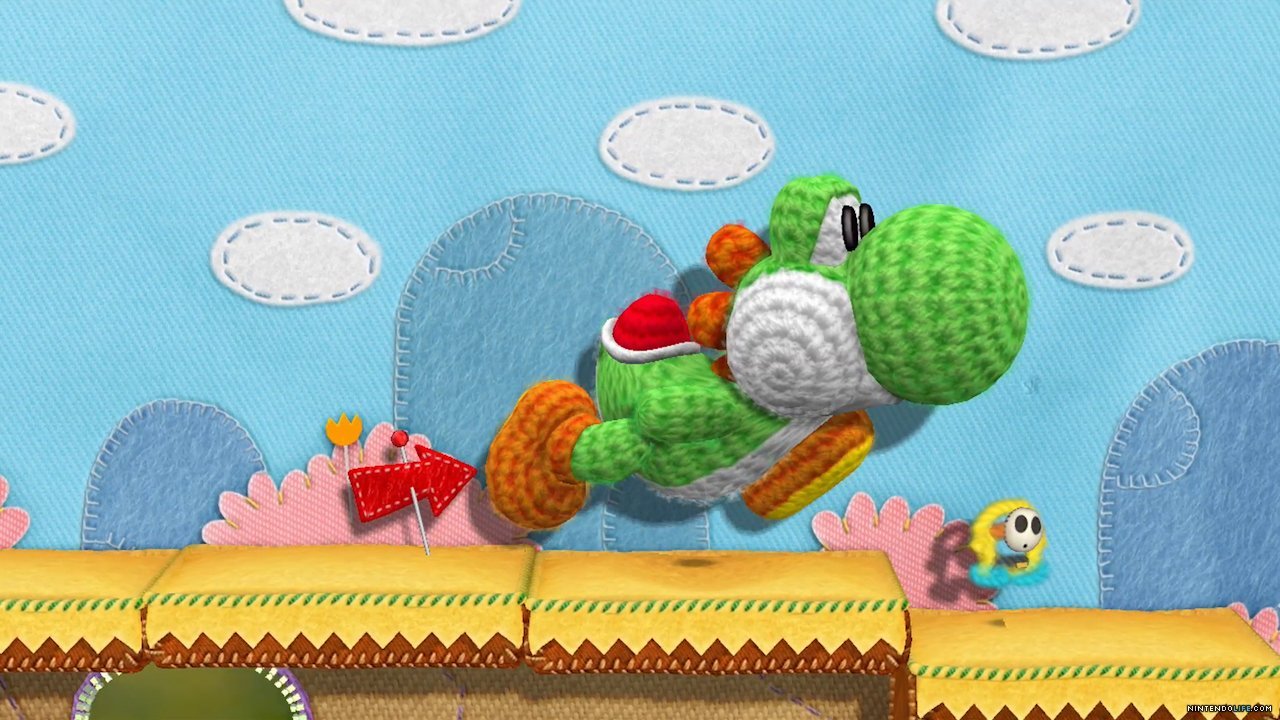 When the PS4 and Xbox One went head to head with their consoles I was personally disappointed that in the age of HD we were not going to see this war play out through the success of original colourful cartoony mascots. HD is all about colour but we keep going back to the grit. Don't get me wrong, we need grit in video games or we wouldn't have the Fallouts of the world and realistic visuals are always the best indicator of how far the tech has come along, we always compare realistic graphics to reality rather than games with cartoony aesthetics but it is the games that use these cartoony graphics that will still be playable for decades after. I hope we are getting closer to a nice balance of fictional and non-fictional visuals in both the indie and AAA markets but in my opinion fictional charming visuals are the fashion and I hope we see more cartoony mascots outside of Nintendo who are currently leading the charm fashion parade.