As someone big on podcasts, here are my favorites!

One of the few things I've had yet to talk about myself is my love and dedication to podcasts. I figured that since I haven't been playing any games as of late (because I've fallen behind on podcasts and have been trying to catch up). I love podcasts a lot, and the amount of hours I've dumped into them goes to show for that. There's something so nice about listening to all of your favorite people spout bullshit about bullshit for hours on end, you know? I've listened to {and still keep up with) a lot of podcasts about a lot of different things. I've actually learned quite a bit from them. I like a lot of them a lot so I'm gonna go with the brief summary of each one route. Keep in mind that these are in no particular order. 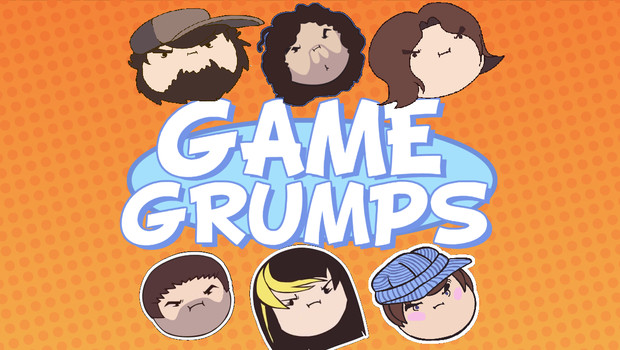 Some aren't exactly podcasts but podcast-esque. Like for example, Game Grumps is a channel I've been with since the start and I've watched almost every episode I can think of. While it's more so a lets-play channel than a podcasting one, they can get far enough off topic enough of the time to where I can treat it like a podcast while I'm doing things. Either way I look at it I can't help fun love and enjoy every goddamn episode of every series. All of their personalities are hilarious and charming and lovable, which is most likely why I love them so much. They're the best, even without many consistent podcasts.

Another would be TCM, or The Critical Miss (or TheCriticalMiss3 on YouTube). It's a lot more podcast-esque than Game Grumps in my opinion, but they don't have too many conversations about just random stuff. TCM is a D&D group, and was the group to open my eyes to the world of D&D and it's wonders. It's a beautiful world. They have such amazing characters, player or NPC, places, and most of all, situations. Watching their journey is hilarious. They can always do something each episode to work a hearty chuckle out of me. Be it Burwell with his amazing DM skills, Bradica with his justice, Sean with his outrageous zones of no, Beatie with just all sorts of crazy things that he does, or Christian with his failures, I can't help but love them. Good for anyone interested in D&D.

Well this is an actual podcast. As you might've guessed, this is a legitimate podcast done by the mighty fine people who do The Critical Miss. It's like D&D, but with a couple shorter series as opposed to one big one. They've done Zombies, Super Heroes, and "Star Battles" (because Star Wars copyright lol). These are more free, as they don't use all of the traditional D&D rules. They're just as funny as The Critical Miss but with different (but still amazing) characters and adventures. 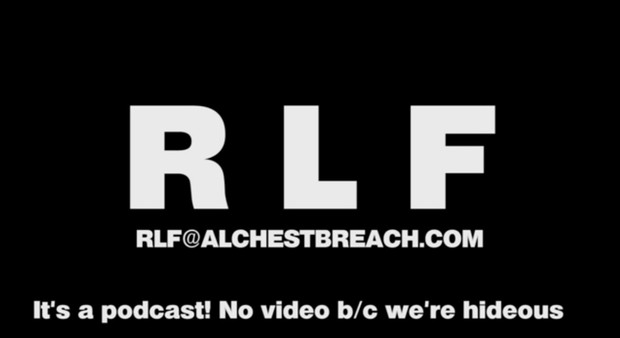 This was the podcast to get me into all podcasts. With such amazing people, how could I not marathon all of these? They answer Twitter questions, e-mail questions, look at YouTube comments, show off fan art, give advice to those who write in, do their own little (somewhat) D&D thing, and are just so god damn funny to listen to. They have so many inside jokes that in order for you to get the full enjoyment you would have to listen them all. They have so many hilarious antics up their sleeves at this point that it's truly something I can reflect back on and enjoy. It's one of those things that is made better due to the investment that piles up. It feels good, man. 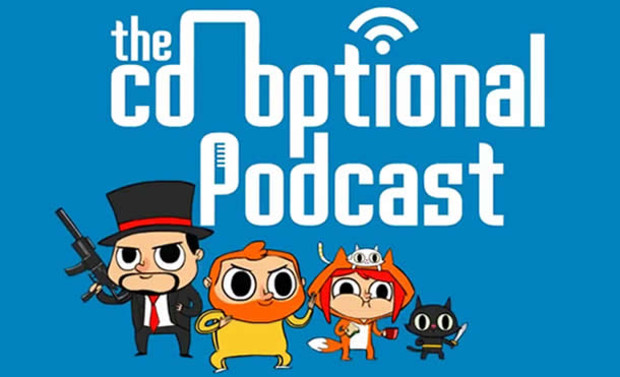 Co-optional Podcast
Episodes Watched: Not sure, really.
Average length: 2 and a half  to 3 hours

This is one of the podcasts I had to drop. It was just too long and I didn't have the time to watch it. I really only listened to the ones with a guest I liked, anyways (or, oddly enough, the ones with no guest). TotalBiscuit, Jesse Cox, and Dodger are all awesome hilarious hosts, and are entertaining throughout the whole time, but jeez can it take forever. They talk about all sorts of games and gaming stuff, and it's amazing. This is actually the one podcast I can think of that has two whole breaks for people to go get food or something. It's a colossus of a podcast, and I haven't played Shadow of the Colossus yet so I can't say that I'm prepared to keep up with it. 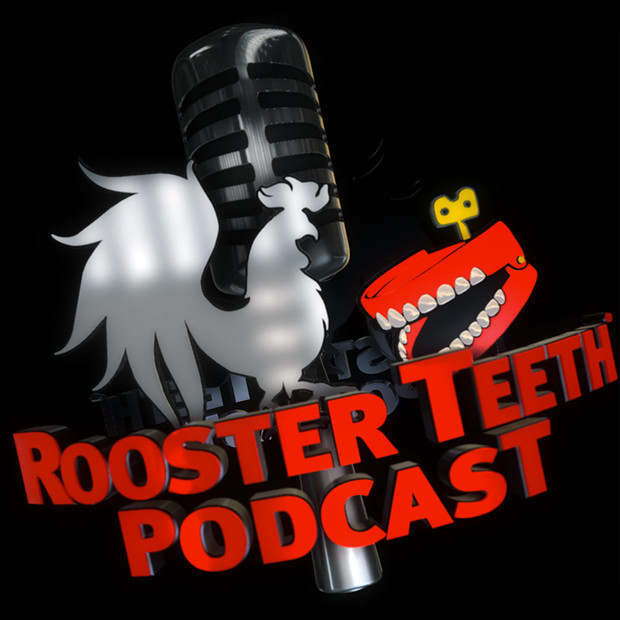 The RoosterTeeth Podcast
Episodes watched: Again, not too sure. There's no way in hell I can catch up so I really just jumped in at some point. It's probably a decent chunk though.
Average length: 1 hour 30 minutes +

This podcast is why I love RoosterTeeth as much as I do. They're such a cool company and it's perfectly seen through the conversations whichever four people they have sitting down each week. It's the ultimate podcast of random bullshit, and it's amazing. They just sit around and talk and it's the best. They'll talk about flight trips, orgies, puzzles, games, kids, high school stories, plane crashes, poop, fetishes, and whatever else there is. Pretty much everyone on there is amazing and despite me being somewhat sad that some people aren't always there I'm always happy to see the diversity in personalities within the company. It's amazing. 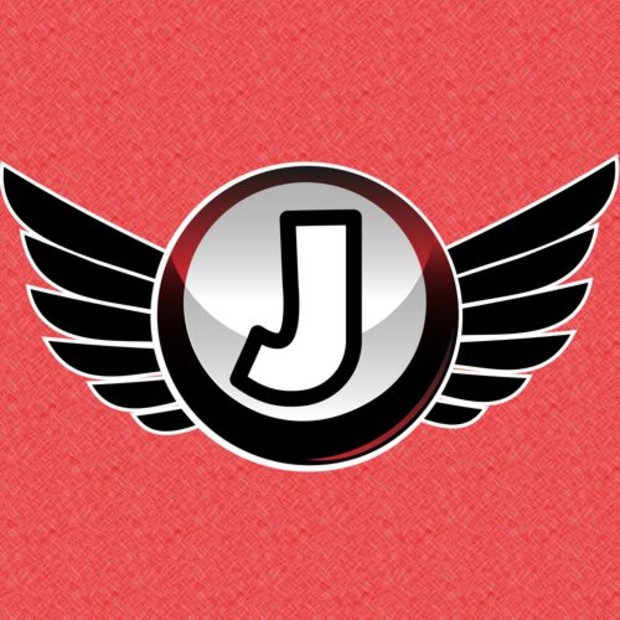 Jim Fucking Sterling Son is something of a role model to me in some regards, which is a good reason as to why I love this podcast. It's funny, they talk about games, and it's funny. My favorite part about it though, is that it's funny. Seriously though, they know how to crack a good joke. They also know how to find some damn weird stuff to talk about, lemme tell you. 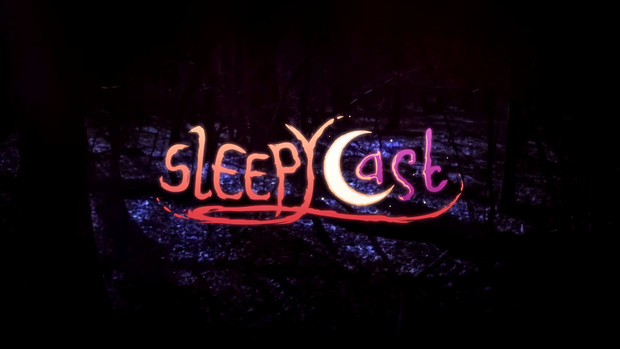 This one became an instant favorite, just beating The RoosterTeeth Podcast and second only to the investment that is RLF. I love all of these guys (and sometimes gals) because not only will they yell over each other about the most stupid of shit but they can also have insanely good conversations about something they know about. It's the only podcast I know of where they've spent the greater part of 30 minutes talking about whether or not sucking your own dick is gay. Then there are the lost episodes, which are like just smaller podcasts cut out of the main ones for times sake I guess. They're hilarious and I can't wait to catch back up to them!

Now keep in mind that most of these update weekly, meaning that with the exceptions of Co-Optional Podcast (which I sadly don't have enough time for), TCM, and The Critical Podcast I have to keep up with a new one each week. It may take a while, especially when I'm tired and can't pay attention, but they are always worth it each week! I spend a lot of time listening to (and sometimes watching) them, so I was bound to take the time to write something like this eventually. Hopefully there's one for you to enjoy.