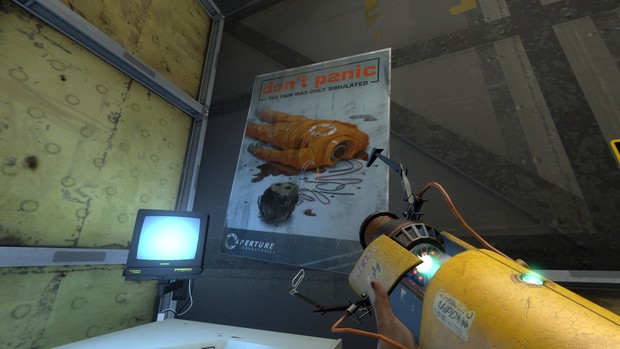 With Valve having seemingly given up game development, fans of their IP's have been wondering what their next game will be. Instead of waiting, Prism Studios decided to craft an unofficial prequel to Portal 2 in the mean time. The quality of the level design may not always be top class, but Portal Stories: Mel ends up feeling like a full retail product, despite being a free mod.

While a lot of that credit has to go to the prior work Valve did with Portal 2, to even craft puzzles or a story close to as engaging as Valve's work is a true testament of Prism's skill. A lot of the ideas get borrowed from Portal 2, but the character of Virgil ends up feeling alive and cheery.

The exploration of Aperture's past is also highly intriguing. While we got a lot more of an in-depth look at how the world of Portal comes to be in it's sequel, we now understand a bit more of how Cave Johnson ended up running the company into the ground and what helped GlaDOS ressurect herself.

Of course, this is all non-canon, but the sheer quality of it all is very engaging. After finishing the game, I almost wish this were an official part of the Portal storyline. We may be removing a bit of the mystery behind GlaDOS and Cave Johnson, but at least it all remains interesting.

As for the puzzles, they start off strong and begin to get repetitive near the end. The last few chapters are some of the best designed in the entire mod, but they come too little, too late. The boss encounter is very reminiscent of the original Half-Life and even a few levels take some ideas from Black Mesa. 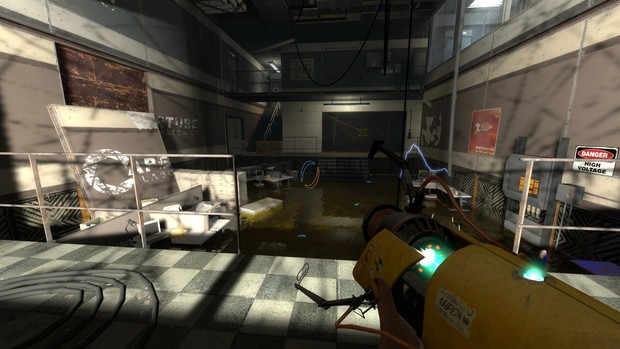 The soundtrack is also incredible. For a fan project, I'm surprised we got an entirely original score, but it fits the mood extremely well. I was always partial to the atmosphere sounds of the original Portal and I'd say that is the only place where I felt Portal 2 did not live up to it's predecessor. I guess Prism thought so, too, as this score blows Portal 1's out of the water.

The slight alterations to the Source engine since Portal 2's release have yielded some better lighting and incredible looking water. Since PC's are also a bit more adept, extra foliage is present in the "Overgrown" segment. It looks worse for wear than in Portal 2, which kind of screws around with the idea of this being a prequel.

If it weren't for the middle section of the game, I'd say this is a homerun. Portal 2 had a strange reliance on ending most platforming/story segments with a half-open door that required you to portal out of. Portal Stories: Mel also does that quite a bit.

From the beginning of the middle until the intro of the finale, we also get treated to an incredible amount of block puzzles. The gels do make a return (and water gets utilized, which is nice), but a lot of the ideas are just more obtuse setups than what Portal 2 had.

I did have fun, but I can't deny that the ideas stopped being creative and exciting after awhile. The last 2 chapters really were a standout as they feel completely different from the official Portal series. 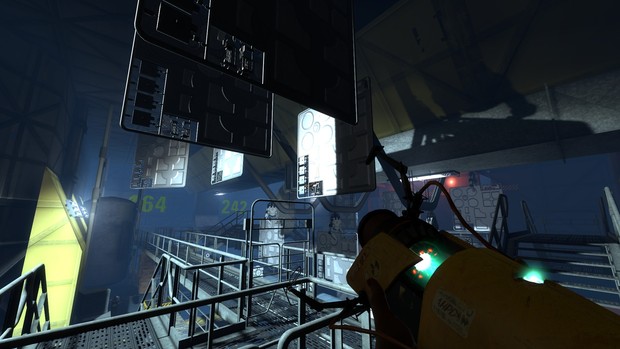 Still, at the price of free, why aren't you playing this? It's an easy recommendation and is quite well made, too. I hope the team at Prism Studios can someday make an original project. I'm sure they'll come up with something wholly awesome.