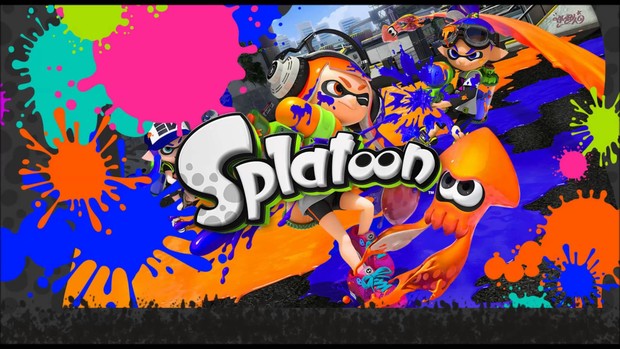 I initially avoided Splatoon because I thought it was a competitive shooter. I avoided it on these grounds because my time playing competitive shooters lasted about one hour. It was one hour because I have very simple criteria when it comes to videogames — the most primary of those being: am I having fun?

I had gotten a copy of Call of Duty from a friend and decided to see what the fuss was about. I booted the game up, went online, and played an online versus match for the first time ever (Super Smash Bros. Brawl doesn’t count in this regard because I could never actually get online).

In any case, I was promptly decimated. I learned very quickly that I suck at online shooters — I had no idea what a spawn point was, let alone where they were on a map, and the term “noob tube” meant nothing to me. I did, however, learn where the mic buttons were, and how to mute the game’s voicechat. I had assumed the “mostly 10 year olds play COD” scenario was a myth, but that day I was proven wrong.

To make a long story short, I was not having fun, and as this is my primary concern when I decide to dedicate time in my life to pixels on a screen, I quit. And I hadn’t gone back to any game in the genre since.

Which isn’t to say that Splatoon is an online FPS – far from it, really. Rather, I bring this all up to make the point that Splatoon gave me all of the aspects of an online FPS that are enjoyable, while keeping its less entertaining aspects at bay. And that’s why I fell in love with it.

Splatoon is a concept that only Nintendo could come up with: you are a kid that can transform into a squid. You have a glorified supersoaker that you can use to shoot ink, and then swim in as a squid — this includes swimming up walls and under grates. Your goal in the game is to cover every inch of the map with your team’s ink, while the opposing team tries to do the same.

This is important. I’ve bolded it because I can see the disconnect with players as I team up with them. Splatoon asks you to throw away all that you think you know about shooters. “Splatting” characters on the other team is important, yes, as it prevents them from painting the area for a brief amount of time — But that goal is only secondary to covering turf yourself. If you don’t cover your spawn area in paint at the beginning of the match, you’re going to lose. If you make a bee-line to the opposing team’s half of the map, you’re going to lose.

Splatoon is not an FPS – far from it.

To be honest, though, I get where the itchy trigger finger comes from — Splatoon is filled with a frentic energy. The upbeat surfer-like music that kicks in when a match starts had me tapping my foot to the beat. The bright colors and sunsplattered arenas reminded me of the water-gun battles I had myself as a kid, and returned me to that same state of anxious adolecent energy.

Splatoon oozes (sorry) style as well. Half of my time playing on any particular day is spent checking out the fashion shops for the latest clothes that I could equip on my character. True, each piece of equipment gives you a slight boost to particular aspects, like respawn time and how much ink you can carry, but I was in it for looking good. The game itself encourages this sort of outlook, with one of its adorable hostesses stating: “winning is temporary, but fashion is forever!”

And winning really is temporary. One of my favorite things about Splatoon is that its matches are generally three minutes long. It sounds like a short amount of time, but in reality it complements the game nicely, giving just enough time for a comeback in that last minute of a match. It’s also nice because it makes it easy to get right back into a game after winning or losing, keeping the momentum going — were they the length of one of Call of Duty’s longer matches, I would not be playing nearly as frequently.

As for the game itself: shooting your ink gun feels great, and if you don’t like the standard weapon you’re given, there a variety of other weapons that let you switch up your options — the most popular of these second options being a paint roller that you use to quickly cover the ground in paint. Each weapon also comes with a different sub weapon, and an ultra weapon that you can activate after a certain amount of time filling the area with paint. Each combo can drastically change the way you play the game, like focusing on offense or defence, or making the higher ground a priority. I do wish I could customize the sub and ultra weapons I got, regardless of my primary weapon, but this was a minor issue for me at best.

Another minor issue for me that may be a dealbreaker for others – a lack of content. I only play Splatoon for one or two hours a day, so I don’t feel as if there isn’t enough content for me to enjoy, especially as new content is added almost weekly. But those who play frequently may find themselves burnt out before they realize it. For those people, I say: maybe wait on a purchase, until the new modes are added, and new weapons created.

That being said, there’s also a neat single player that will carry you a few hours as you move through Mario Galaxy-esque worlds while fighting back an octopi menace. You can also find scrolls that provide a rather interesting look at the game’s lore. Ultimately, while fun, it’s clearly an appetizer to the main course that is the online mode, even offering rewards for use in the online mode when the campaign is completed.

I give Splatoon high marks. It’s a great game that demands the attention of those looking for something unconventional in their competitive games. It rewards strategy and teamwork, without being overwhelming. Nintendo took a risk making an IP this creative, but I would argue that that risk paid off. Splatoon is one of the most unique games I’ve played in recent memory, and one of the few that I can say I genuinely had fun playing in all of 2015.