Villains are an amazing thing in stories of all kinds. Some villains are an uncontrollable force the protagonist has to contend with, others are characters with motivations and goals, and some are entities with goals, motivations, and characters themselves. Either way villains almost always serves as the opponent of the protagonist, and in games this usually means the thing or person the player will have to defeat. They are in the story to grind some gears and cause some conflict, because every good story needs a conflict to resolve.

Well I sure as hell love villains, as villains can be astonishingly amazing characters. Some are even more likable than the protagonist, which is always fun. Some are hilarious, some are badass, others are raw evil incarnate, and others are doing the right thing. Either way they have power that they use in some way, be it for their own gain or for the gain of others or even for no gain at all. I have a title list of villains that I love, not in any particular order, that I would love to share.

And yes, there will obviously be spoilers for several games. Duh.

MAJOR SPOILERS FOR THE FOLLOWING GAMES:

I am assuming that if you are reading this that you either have played these games and know who I'm talking about or you know that you will never play the game (at least up until the point where that villain is amazing) so you don't care. Either way I suggest you play these games so that say I don't spoil you, because it would be a horrific shame. 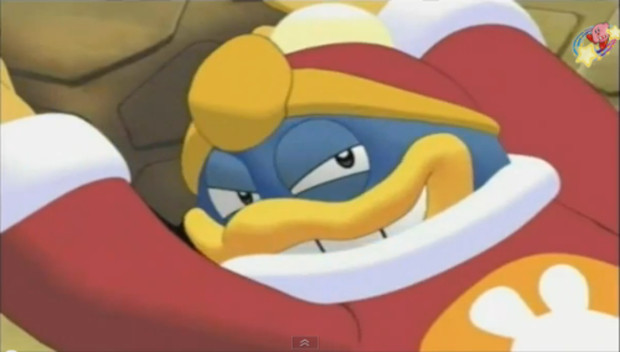 King Dedede - The Kirby Series (mostly Spring Breeze)
I love King Dedede mostly because he's not truly evil or anything like that, but because he's just a jackass. "Oh I'm hungry so I'm just gonna steal my entire kingdom's food supply and eat it." is the plot of Spring Breeze. He just felt like being a dick. No ulterior motives. Just hungry. I love it. 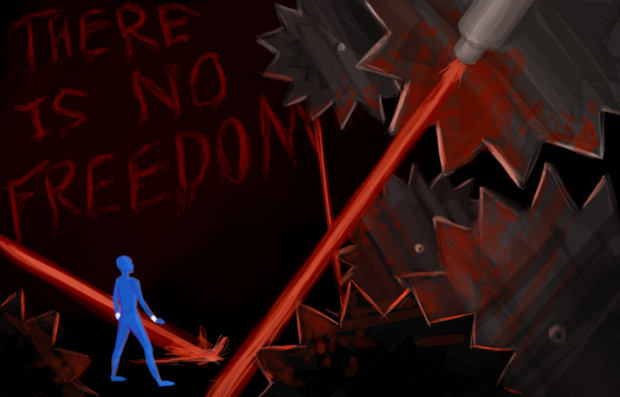 The Government - Exit Path
The Government in Exit Path doesn't really have a face, known leader, or even symbol. You just know about it because you're literally in their city and practically in the palm of their hand. The entire game up until a pivotal point you've been going along with everything they've done due to the promise of freedom. You wake up, go through a death race, because they promise your freedom. After the death race they say you have a chance of being chosen for testing, and of course you get chosen. After surviving that they tell you that you've earned your freedom, and so you continue your march down the dark hallway.

You see, at this point I thought the game was over. As the innocent kid that I was I believed that because I had played their game fairly I was given my reward and that was the whole game. Oh boy was I mistaken. As you walk a hallway the lights flicker on just in time for you to see the pit of buzz-saws you were about to walk into. On the huge sign of government rules, painted over these rules, was the sentence "There is no freedom". It was this moment that I realized that everything was rigged. My innocent mind was shaken, and it was one of the two moments that I've been legitimately scared and made uneasy in a platformer. The Government rigged everything, and it made you feel powerless when you were confronted with it. It terrified me, because I realized that my character wasn't the first. 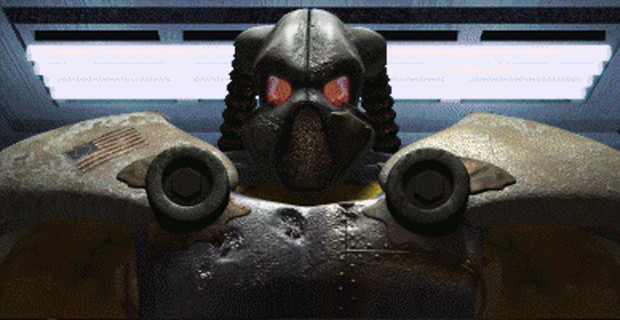 Frank Horrigan - Fallout 2
Remember when I said that "some are badass"? Yeah well I said that for my man Frank Horrigan here. The 12-foot tall United States Secret Service Agent is not only an overpowered super mutant wearing the most advanced power armor in the series, but a walking slaughterhouse as well. He has one-shot a deathclaw via a punch, can wield a man-sized sword, and has the strongest plasma weapon in the game. Not only does he have 999 health points (one health point away from God himself), but you can't get critical hits on his eyes. He's so scary even his fellow Enclave guards is scared of him.

Figuring out how to even kill him isn't even that much of a fight as it is a puzzle. It's damn near impossible to fight him one on one, so there are two things available to you that can help you win: A room full of turrets and an Enclave patrol. Figuring out how to get both of those assets on your side is the puzzle.

Frank Horrigan is hype incarnate for me in Fallout 2. Seeing this monster and everything about him terrifies me, and even the way his own people talk to him hypes him up even more for me. He's probably #1 on my list of hard bosses. Snap he scares me so much that I'm afraid that if I don't show respect and call him by his full name when using his name then he'll still find a way to kill me despite being fictional. Also, major bonus points for his amazing voice that will forever resonate inside of me, particularly in the crotch region. 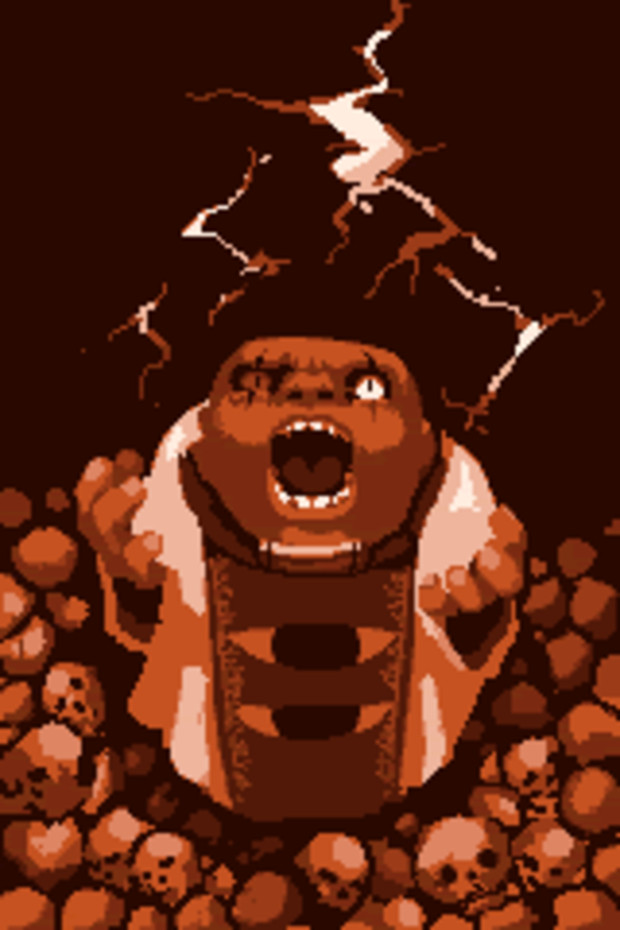 Ballos - Cave Story
Ballos is one hell of a man, being the true villain of Cave Story. He was a loved and well respected guy within the kingdom, which made the king jealous - jealous enough to throw him into a torture chamber. Ballos, after being beaten and tortured and left to think about how cruel, unjust, and horrific the world can be for absolutely no reason of his own, decided to let his magic run free. In doing so he burned the whole kingdom to the ground within a mere night, purging from the world the king along with everyone he had ever loved. He was broken, insane, and powerful. So powerful that the only person who could stop him was his own sister Jenka, who confined him within a prison of a floating island above the surface of the planet.

Well later Misery, Jenka's daughter, convinced Ballos to make the Demon Crown, which is a device that grants the wearer immense power at the cost of corruption. Just like a little piece of himself. Well he did make this (and also cursed Misery to be the slave of whoever wears it), and it was the main plot device of the whole game. He is the main behind the strings.

I also love Ballos' character development that we have to assume. He's been trapped within the seal chamber on this island for so long that he's had time to contemplate his own insanity, and come to terms with it. He knows his magic is out of hand but he also knows it's too late. He knows he deserves death and so that's why he doesn't actually want to kill you in the final fight. Think about it. The more you damage Ballos, the less he can hold back his magic, which is why the fight gets progressively harder. Also, when Ballos himself is defeated, all that is left is his magic, which tries as hard as it can to defeat you (aka crushing you with walls). He's so brilliant once you realize all of this. 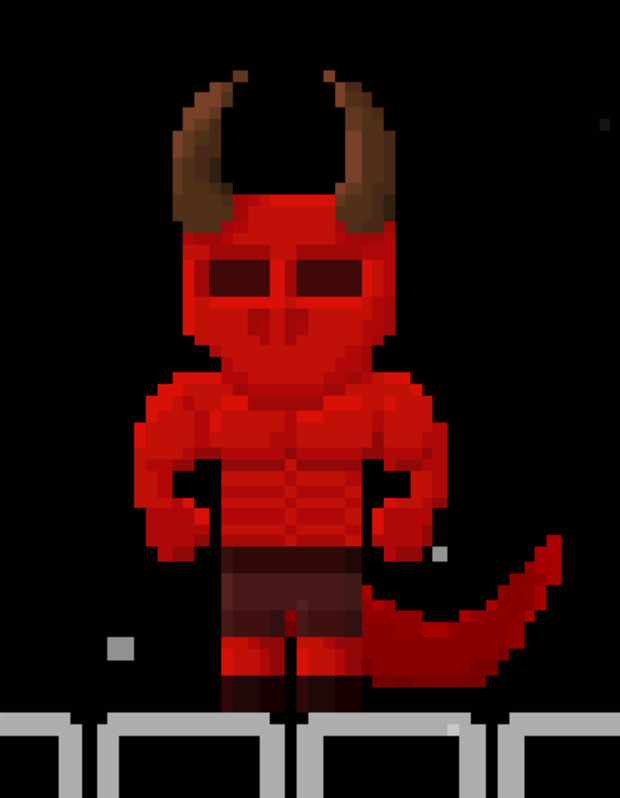 Tony Ward, also known as the god Louyang, is amazing. Let's start with some backstory. In the beginning, three gods made the world. One was humanoid in shape, and wanted to make humans who earned power via science (which is actually very respectable). One was a shape shifter and wanted to make animals and give them magic. The third was a huge giant, who didn't care why they made, but just wanted humans and animals to have sentience and intelligence. So they made what they made. Well later down the road Louyang got pretty pissed and threatened to destroy the world, but was stopped by the legendary hero Hauyin, who ended up trapping al three god's powers into a chest. Louyang then became a human, known as Tony Ward.

The part tying this backstory and the present plot is where I love Tony the most, as it's all assumed yet undeniable. In the present day Tony is the CEO of GloboCorp, which essentially rules the world on some level, meaning that Tony took over the world, without god powers. He still busted his ass as a mere human and worked his way to the top, kind of beating his own game. With all of this power he tried hiring treasure hunters to find the treasures Hauyin made to defeat him so that he can use them to deactivate a holy barrier and get his god powers back. Well none of them really pan out. Then you end up collecting them just for the adventure and end up having to stop him.

Tony's will power and accomplishments are amazing, but Louyang's powers are amazing as well. Not only did he help create the world (with some respectable motives for it's inhabitants), but being the god of humanity and science he has quite some feats. He can travel between dimensions, destroy the world he helped create (or so he boasts (which I can kinda believe)), and take on two gods and the main character before being defeated, although the second god kind of literally curb-stomped him. Still, Tony is one of my all-time favorite villains, for all of the stuff he's done. Beautiful. 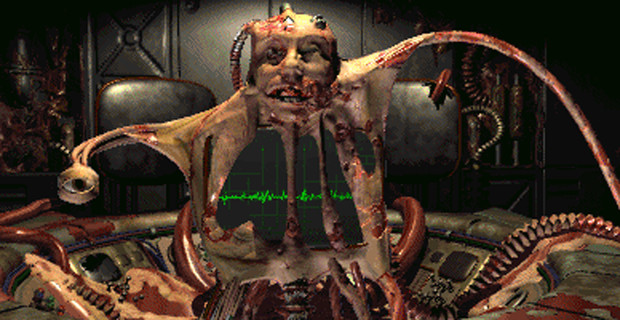 The Master - Fallout
Now I'll be the first to say that I believe that on some level, The Master wasn't doing the wrong thing. He was just doing the right thing wrong is all. His whole goal was to take humanity and turn them into super mutants, which are objectively better than humans. Think about it. Super mutants are stronger, live a lot longer, and have an immunity to radiation, which is very helpful in the Fallout universe. Not only that, but if humanity became super mutants then every problem with racism, sexism, and almost every other problem between humans as a species would have no reason to exist, and therefore wouldn't. Now before you claim that this is close to communism, here's my rebuttal: Yes, they are all very similar, but each one would still have their own personality and lives to live, just as each individual human does now. It's the perfect plan!

Well, almost. You see, the F.E.V. Virus that made humans into super mutants shut down the female's reproductive systems. This means that the amazing in almost every way race would die out after one generation, killing off humanity and super mutants. He didn't know about this, and stopped everything because of it. He was doing the right thing, but because of this monkey wrench he had to stop everything, making him end up the villain of the situation. He admitted defeat. Thats more than some villains accept.

Well I hope you all enjoyed this list. I do have some more villains I enjoy so if you want more of from my list I would be happy to share more! Just ask and I'll be sure to answer!