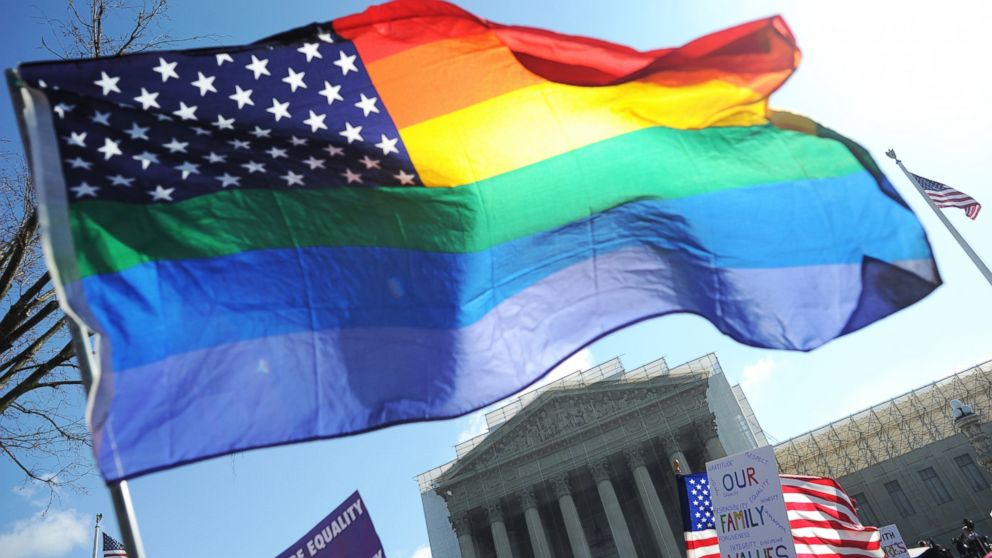 I'm going to apologize in advance, as I'm sure this may offend some of you. This particular blog isn't about video games in general...but it is about something I feel strongly about. I know that many of you don't care for politics - I sure don't. I'm not the kind of person who likes to "start fires" and stir controversy....however, I have to say that I'm very pleased, and proud of our country for it's recent ruling on gay marriage across the country. It's not because I have personal affiliation with same sex relationships or anything of the sort....but it's simply the fact that we are treating each other with the same respect and rights that we all would want, and while we still have a long way to go, this is a definite step in the right direction.

I've seen some interesting comments on the front page regarding this ruling. Some declare that the states rights to rule themselves have been violated, while others cry out that it's a travesty against morals and religion. Let me just say this before I get too carried away with my opinion - I think it is great that people feel strongly and passionately about their beliefs. I don't think anyone should be silenced, nor that their opinions should be void due to lack of popularity. I do feel, however, that there is a lot of bias and ignorance that spreads throughout the internet (naturally), and I would only like to express my desire for a willingness to accept and have an open mind regardless of anyone's stance. Part of what makes being an American so great is the fact that we do observe so many rights and freedoms, and that includes the right to express oneself openly and freely without retaliation of the law, and I think we would all do better to think on exactly what that means and how it benefits each and every one of us.

Now regarding state laws and legal jurisdiction - I think it is a fine thing that we enable our states to mandate their own policies and procedures regarding many day by day trends and business/religious practices throughout the US. It makes each state unique, and gives it a different feel and sense of pride. I have to say, however, that this county is named The UNITED States of America - emphasizing the UNITED aspect. This country is built on a tier based political system from the ground up, with the house and senate overseeing it all. An issue such as same sex marriage, including all of the rights and benefits of marriage as mandated by the federal government, deserves to be handled as a nation wide issue (and rightly should have been long ago). I understand that naturally, that would cause some backlash by many individuals who have strongly felt opposed to the idea, and have taken 'comfort' in their state legislation to deny it - that doesn't make them bad people, that was their choice. We now stand in a scenario however, where the decision has been made from a higher authority, and I ask that no matter how sour of an attitude you may/may not have against that, please respect your Country and this ruling for what it is. Even if you are opposed to same sex marriage, understand that this is basic civil rights - something that we Americans should ALL be entitled to, and rightly deserve to enjoy. It is an extension of freedom in our Country, and that is a terrific thing to see.

Religion is also very important for many of us (though not all of us). We often blur the lines between religious practice and morals, and I think that sometimes we forget that both don't always go hand in hand. While I often think of myself to be a person of high moral and respect, I know that really the concept of morals are as subjective as we choose to make them. We tend to fight with each other about 'doing the right thing' and 'what is morally right', but really isn't that all just debate? Nothing is concrete regarding morals, and everyone picks and chooses which morals they value most dearly. Again, that is what makes our freedom so precious, is the fact that we can choose how we want to sculpt our lives, how we want to shape our image, how we want to voice our opinions without any backlash or legal repercussion. I'm not saying that you are 'ignorant', 'dumb' or 'rude' if you feel that same sex marriage is morally wrong, however living in this country means we have the right to CHOOSE whether or not we feel that way, and how we want to view that. I think that it's perfectly fine for people to feel that way, however at the same time, it's only right that they respect the rights of others and accept that this is a freedom that each individual gets the right to express. It's not a matter of religious views being right or wrong, it's simply a matter of equality and treating everyone the way they should be treated.

This truly is a great thing for everyone, not just America. To see humanity rise up and promote one another, brothers and sisters, is truly an inspirational and heart warming event. I hope we can all come to appreciate what this really means for all of us, because it's not JUST about same sex marriage at the end of the day - it's about acceptance and equality. This is truly what we deserve.