Some time ago, it came to my attention that there’s this little event called Gamelab, which has been going for quite some time as it seems. It’s basically a game dev meet, where industry veterans come to share their experience and knowledge, and indies com to share their work. And it’s open to the public, which is nice. They also have had guys from Tim Schafer to Hironobu Sakaguchi attend these events and make presentations.

And because of the experience it was, I thought I’d share it with the community!

While the prospect of networking is invaluable for someone who’s just entered the industry and Barcelona tends to be considerably hyped up as a “must-go” kind of place, my real reason for coming was finding out that a certain gentleman would have a panel. I may have written about him once or twice. 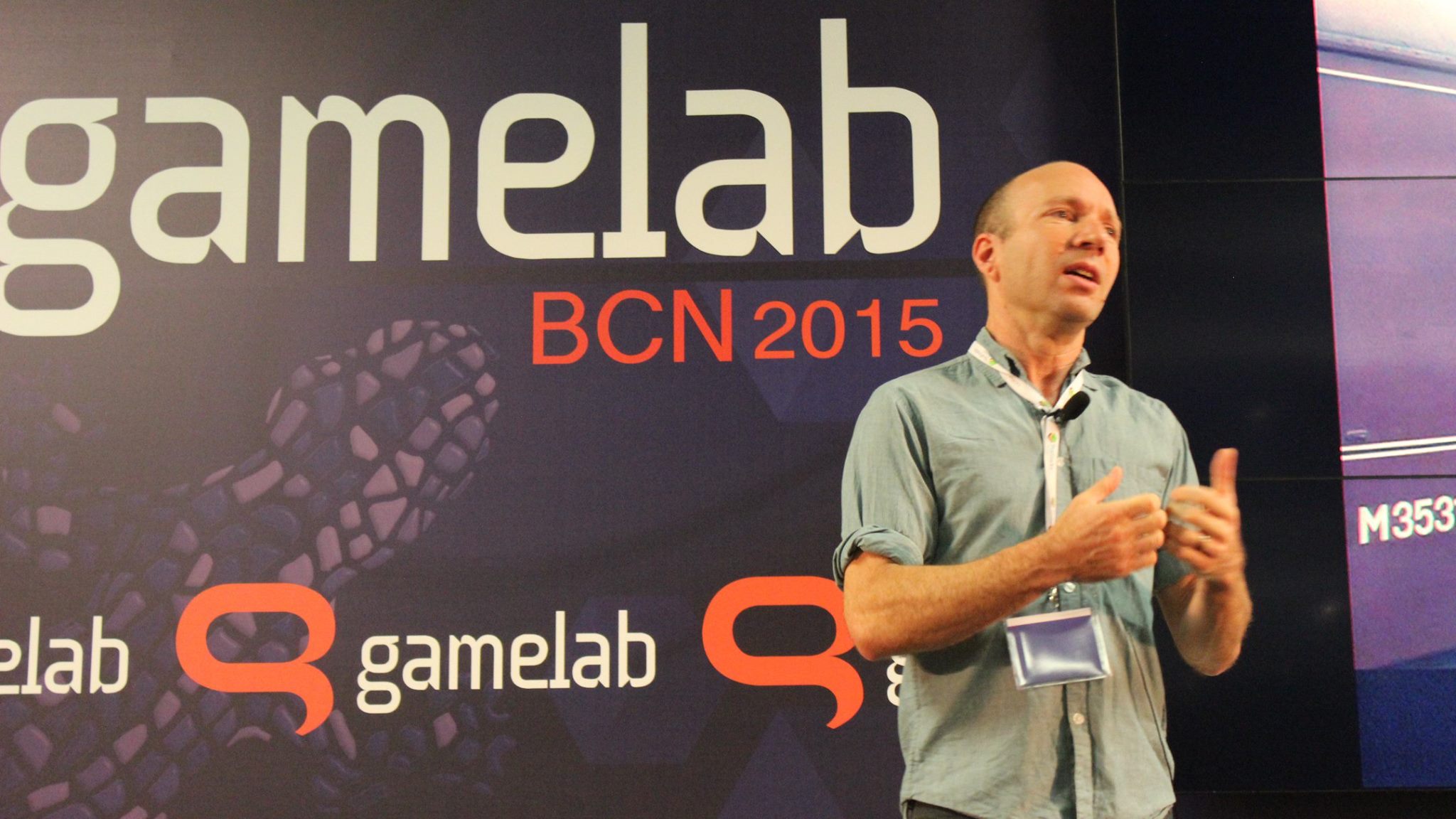 After this intense panel, Chris Crawford made his presentation. For those of you who, like me unfortunately, don’t know this gentleman, he founded both the Journal of Computer Game Design and the GDC, the Game Developers Conference, besides all the games he made. And he was there to talk about innovation. The beginning was very interesting, where he talked about the importance of play, how games should take after art as well as science, the need for “revolutions” in games, and showed some of his zaniness for the delight of the audience.

But then things took a turn I wasn’t a particular fan of. He talked about the 5 great components of human development: motor, visual-spatial, cause and effect, language and social intelligence; and it was then, when he began to talk about why “video games are in a rut”, that I realized where this was possibly going. He proceeded to say that games don’t contribute to the development of the language and social intelligence areas, with him focusing on the latter. “Do you actually mean to say that no games at all do that?”, I thought. “In I don’t know how many years, no games have been able to successfully approach and develop these areas”, I paraphrase.

He talked about how every other media, like movies for example, show stories about characters and their relations with each other, and games don’t do that. Why? Because it’s all about shooting people in the face now. He said that the search for realism in graphics has made us overlook importance of emotion and expression. Why? Because there are no stylized characters in games, it’s all realistic. As such, interactive storytelling has not been possible and that has been his focus for the last 20 years, in which he has been developing technology capable of doing just that, which will be the focus of his new game which is in the middle of a Kickstarter campaign.

Now, I don’t disagree with many things that were said, but I do have a huge issue with how they were said and what they implied. First problem: resorting to extremes tends to not work very well to make a decent argument, because you have to ignore all the things that are indeed making progress toward what you’re saying. MMOs are practically based on social intelligence, and games do have stories about characters who relate to each other now, and not all of them are just about shooting and realistic graphics. It was pretty ironic when he used the analogy it being like he had entered a cave 20 years ago and he was now ready to come out.

His intentions of helping the industry move forward, and developing tools which he intends to share with other people for that purpose is admirable. But I really was having trouble with many things he said, because he was ironically saying he need to look up instead of looking down, while ignoring what has been achieved.

After this I had dinner and prepared for the next day, where Suda, Mikami and the creator of Pac-Man, Professor Toru Iwatami, would all be having panels. Would my hopes and dreams come true, or would they come crashing down?

I’ll only tell you this for now: I wore my No More Heroes t-shirt during that day.