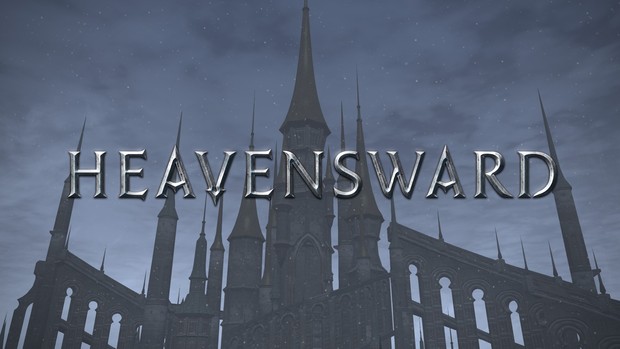 I had it all figured out yesterday.

I had most of the day set aside to play the brand new Final Fantasy XIV expansion Heavensward, and I was ready to binge on it until I saw enough to write up a comprehensive first impressions blog. Then along comes Chris Carter - the man who is at least 70% machine - who not only manages to write two articles about the Heavensward launch, but also was able to make it even further into the game than I was even able to get after continuing into the wee hours of the night. This makes me almost as angry as seeing a game in my most beloved franchise get a 6.5 on a major gaming website.

So rather than talk about the content of the expansion and what it brings to the table, I decided to do an in-depth analysis of what makes Heavensward enjoyable. As always, I am literally the most factual person on the internet and am known to singlehandedly cease online controversies with my irrefutable and subjective opinions. Do not read this blog if you are unable to procure a Pulitzer Prize to impulsively send me upon finishing. 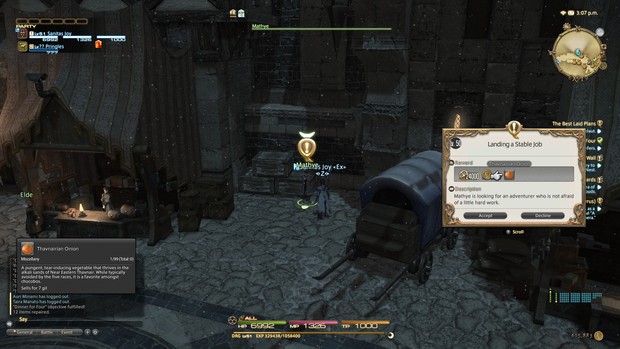 Number 1: Look at this onion.

Do you see that onion? It is lovingly rendered and is the reward for helping a guy bring chocobo feed to the otherside of the town. Oh, and prior to the expansion it was only one of the most valuable items in the game.

To explain, a Thavnairian Onion is an item used to enable your chocobo to break the level cap. Being that this is an item with high demand and some players don't even have the means to obtain one, it was common to see onions go for upwards of half a million gil on the market board. To be fair, this isn't an unreasonable amount of gil by Final Fantasy XIV endgame standards, but either way it's an amount that requires some dedicated saving to even afford. Oh, and if you have dreams of grinding your chocobo to the "true" level cap, you're going to need ten of those bad boys. 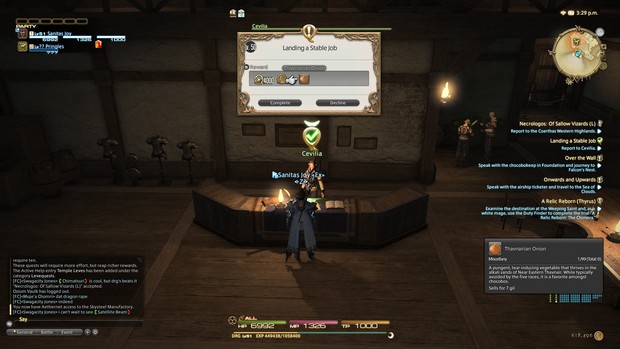 Then along comes one of the first sidequests in Heavensward in which a guy goes "Hallo thar, walk for five minutes because I'm lazy" and then you just get one of these items unceremoniously. It's like the game is saying "yeah, no big deal, we're just going to blow your mind and everything you know just for giggles. Enjoy the expansion." 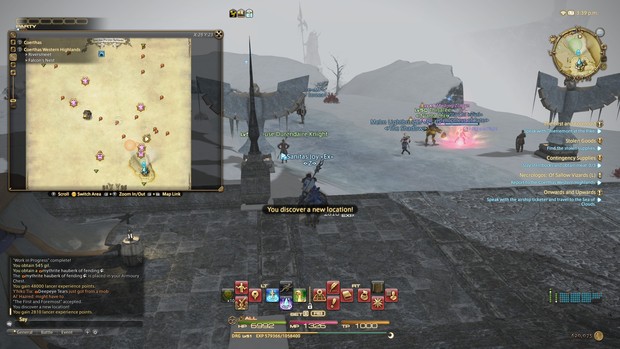 I've merely traveled to the two starting areas of Heavensward, and they're individually as big as any two zones in A Realm Reborn put together. The scale is so intense that even walking to that little red circle in the screenshot isn't a quick jaunt to get to. It's that big.

I look forward to exploring these wide open zones and uncovering all the secrets that lie within them, but at the same time it's not all a bed of roses. For example, let's say the shortest distance between you and your destination requires you to jump off a cliff in a mountainous area, but the moment you jump some bastard monster decides to look at you. You're now engaged in combat and therefore unable to survive falling damage, forcing you to return to your homepoint and realize that you didn't activate the fast travel marker in that area like an idiot. To clarify, this happened to a friend I know since I'm obviously too smart to do that shit. 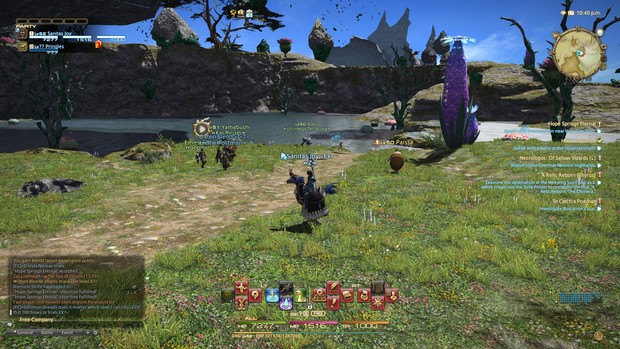 Letter C: THE SEA OF CLOUDS

Look at this zone. It's perfect. You are in the sky, there are beautiful ponds and wildlife everywhere, and new areas stretch as far as the eye can see. The music is charming and jumpy and the local beast tribe is a group of owl people. As a bonus, it kind of reminds me of Skies of Arcadia, which objectively makes this zone the closest we'll ever get to a Skies of Arcadia II. That's right, Heavensward is the successor to the Dreamcast, and I understand that you can't comprehend that because it makes too much sense. 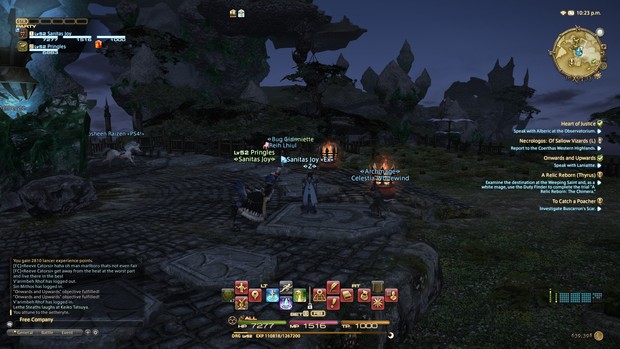 I really don't have anything else to say, but... I mean. Look at it. LOOK AT IT. 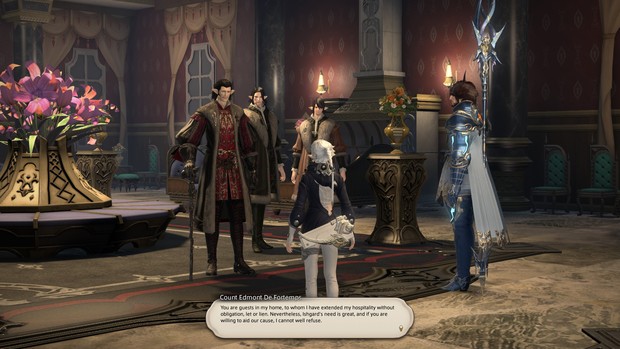 Quatre: The writing is better, and the entire plot so far is "the good part."

I'm not going to lie, I skimmed over a good chunk of A Realm Reborn's leveling story. It's not that I wasn't interested, there were just too many lulls in the story and the excessively verbose writing didn't make it any better. This is something that started to improve upon entering the level 50 storyline, and the dynamite conclusion leading into Heavensward had me hoping things would only get better. I have not been disappointed.

Ishgard is immediately a more interesting city than the other cities of Final Fantasy XIV. The class divide between the locals becomes quickly apparent, and even the sidequests are used as devices to illustrate the city's culture. For example, one quest may have you delivering invitations for snooty nobles as they treat you like an errand boy, and another will have you retrieving firewood for the poor citizens since they aren't sure they have enough heat to make it through the night. While most players usually scoff at fetch quests in games as excuses for pointless filler, Heavensward shows how a seemingly stale convention can be used to flesh out the story and make the experience richer for the player. 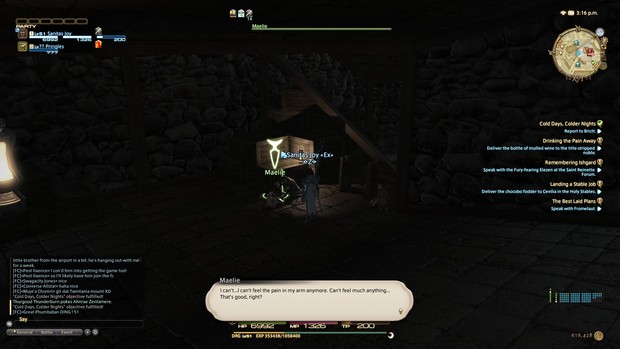 The main story has also been riding at an excellent pace, and even the instanced story battles are more epic and involved than they ever were before. By level 52, my character has encountered a giant monster, made a harrowing escape, fought in a coliseum, and beaten up some bad guys in a fashion I've been waiting for since the conclusion of A Realm Reborn. Final Fantasy XIV has always sported a strong single player experience, but never before has it felt like you're playing a proper Final Fantasy game than it has now. 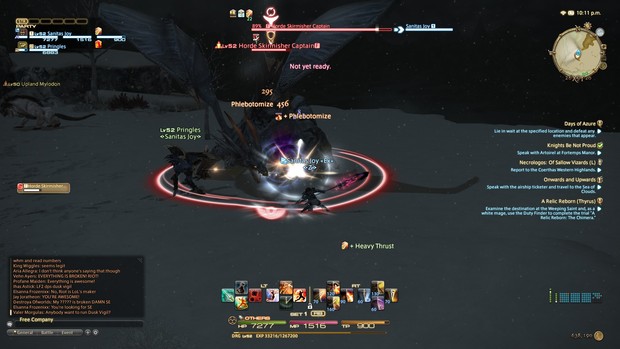 It's clear to me that the developers have really honed their craft by this point, and it shines through in the expansion. Technically it's not that different than the content we've seen up to this point, but the stakes and the production have increased just enough for the game to keep feeling exciting.

It's telling that I had six other things to talk about and only got this far before feeling I've written too much, but that's the thing; it's that exciting. Maybe it's still the day one hype, maybe I'll be hating it by endgame, but so far I've gone full fanboy without feeling the need to tone it down. And that, my friends, is the objective truth.

That said, if I were you, I wouldn't wait on me to finish the expansion and give my final thoughts, as Chris Carter will likely have his full review up by tomorrow.