Writing about what you love

Another E3 has come and gone. I personally got groundbreaking returns, announcements and disappointments – and that’s how it goes. It’s a time for emotions to run rampant in this community of ours, and it’s exactly about emotions I’d like to write about today.

I love many things. I love watching the sun set on the ocean. I love surprising people. I love raspberry cheesecake. I love spending Christmas with children around. I love those dinners with my friends where we chat it up until 4 in the morning. And I also love videogames – a lot. I love playing them, thinking about them, discussing them…but ever since I began blogging, there’s something in the back of my mind that’s been bothering me: I feel I’ve not been able to convey my stronger emotions through writing the way that I want.

I had two main reasons to start blogging. One had to do with my shift from Psychology to Translation, towards which trying to write and create content consistently seemed like a great way to practice and improve. I’ve been an avid reader for the longest time, but producing content was never really my thing. I found myself to be better at understanding the works of others and finding ways to improve upon them (which may have something to do with my career choices).

The other is related with my desire to share some ideas, some thoughts I’ve been developing for quite some time, with other people besides the ones that usually hear me ramble. For that end, I considered two main options: either a written format or video. Since video would take more time – choosing which language I’d speak in, thinking of doing subtitles, me being a bit of a perfectionist when it comes to video editing – and because of reason #1, writing it was. I also had some friends who were interested in also doing something similar, so there’s that as well. To be perfectly honest with you, for the longest time I’ve seen some (many) people who write “professionally” but not only don’t excel at it, they’re just kind of “meh”. I believed I could one day do better than that. 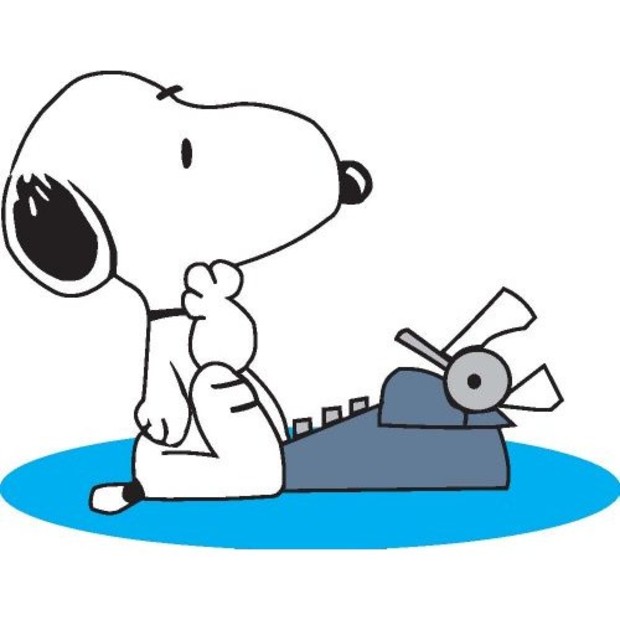 Well, the key here is “one day”, as I seem to have somewhat “underestimated” writing. Then again, maybe it was not really that; I guess I just found out that conveying something through writing and through speech is indeed very different. I’m someone who really enjoys talking with other people – discussing opinions, sharing preferences, all that fun stuff. But while you also have your tone of voice, your hand gestures, your general body language as a whole when speaking, with writing one has far less elements to juggle. Of course, I’m not saying one is better than the other, only that they require different approaches and I have my preferences.

And other thing I’ve also been realizing, is that my writing style is not that great. While this may seem like a grab for sympathy, I assure you it’s not; it’s just that reading what I write doesn’t really come out the way I envisioned, quality-wise. Especially when I get to read what you guys write on a daily basis and some really interesting pieces do come up. Seriously, there are some pretty good writers in here! But technique is one thing, and it’s not necessarily what is bothering me, per se. What is doing that, though, is that I feel like I’m not conveying properly some stronger emotions I may feel related to something.

Participating more actively in this community came about because I wanted to dedicate much more of my ramblings to video games than what I was able to with just my other blog. I also knew that, by having a community who also shares a considerable appreciation of videogames would be a fundamental start. Experiencing something - especially a game, do to one's active participation - is tricky to get across, because while you may probably not feel like I do in relation to the exact same thing, you may see where I'm coming from because you have felt that with something else. But this requires both the writer and reader to take this into account, for the point to really come across and be understood.

But here I find myself, having written some pieces already and feeling uncertain about it. And it worries me because that’s exactly what I want to share with you, besides analyzing and commenting on stuff. Because that’s what makes me, well, me.

Case in point, Suda 51. I admire this man beyond belief. There are many outstanding game designers, and in my honest opinion Suda is right up there with them. If his name is on something, I’ll probably get it, and if it says he’s directing and writing I know I’m in for something great. One of the things I intended to write was my very own Suda 51 retrospective; not necessarily about his life’s story, but about my experiences and feelings towards his works, that are some of my favorites ever.

His games tend to be situations of the whole being more than the sum of its parts. Some of the elements may be considered technically good, others average and some not that good, but they work so well with and off each other that that’s what resonates with me – both the big and little things that start to add up. Take No More Heroes for example. Just the simple situation of you having to take the money, go to an ATM and pay didn’t necessarily have to be there, but it’s a small touch that led to me feel much immersed in the game. How do you properly convey that? That the architecture of Santa Destroy by itself made me want to ride around it, even if it’s “lacking” in many open world staples, like having people to interact with?

Once again, it’s much more how it makes me feel than trying to objectively scrutinize something. Flower, Sun and Rain is an even better case of it being easily dismissed because there aspects of it that seem random, inconsequential and even badly designed. But when playing I felt that I was experiencing something amazing, and if I was not understanding half of that, it’s more because of me than the game. Even if it’s actually because of the game, what matters is how it made me feel. Destructoid’s own review really put it nicely with a score of 3 and a recommendation to play it, because it is a ride where Suda does what he wants and you can get in if you so desire. 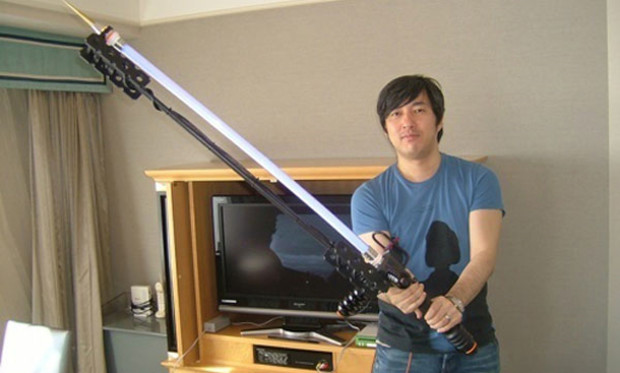 Other situation, which also happens with Suda’s games, is when I’m thinking about how much I’d like to play a game and feel all happy and warm inside. Shin Megami Tensei IV is another example of this and I wrote a bit about it in an earlier post, but was I actually able to share this aspect as well? Where the thought of playing a game sometimes means more than actually playing it, because of what it left you with while and after experiencing it. It’s not uncommon for me to just feel like walking around the world and then end up not playing it, because, well, if I do so I won’t want to stop, and those memories and feelings are fantastic by themselves.

Super Mario 3D Land was a case of getting as most unadulterated bliss as I could. After Galaxy I somewhat “dismissed” Mario’s 3D platformers, namely Galaxy 2 and 3D Land, but since my brother bought the game and beat it, there was this time where it just there on my shelf and I decided to pick it up. I was already aware about the somewhat general consensus of it not being “challenging” (at least in the beginning), but how can I express how that completely left my mind when playing the first level and had me smiling from ear to ear (I have a big mouth)? The game is not that difficult in the beginning and does get pretty hard later on, but it’s those first few levels being how they are that made me enjoy games on a level I had somewhat forgotten how to over time, due to wanting deeper, more complex experiences.

And what about those games that have some element that can ruin the whole experience but in the end I really enjoyed my time with them? That is something that should be appreciated and given its own value, because it may actually matter more to a person than the tighest of controls or the smoothest of framerates. I've been feeling this especially lately, with games like Lux-Pain and Maken Shao, and of all the potential that was there and how they did make me feel like I got something enjoyable from playing them.

Even games that haven’t come out and make me go through this small but intense personal journey. I’ve been salivating for Persona 5 for a long time, and its first full trailer was something in and out of itself. I was all giddy to watch it, and then when I was finally doing so I went from feeling confused about how I felt in relation to the thief stuff, to really into it, to freaking hype about it by the end – even more than I already was! I admit, my skepticism may get the better of me sometimes, but I try to always make sure to be open to letting it get crushed. And with that trailer, P5 generated a feeling I wasn’t expecting, just to throw it away like old socks. 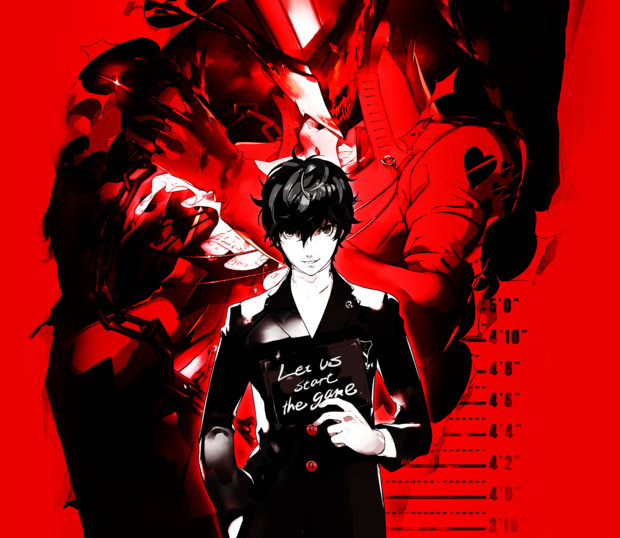 Of course this should also be put in perspective. Besides my lack of experience, I also have other stuff that need my attention – my friends and family, my job, my other blog, having time to play games, etc. And I’m confident that I’m reasonable enough for these to be reasons and not become excuses.

This very post has also taken me quite some time to write, and even now I can’t say it came out exactly like I wanted. Even so, I hope I was able to not so subtly write about some things in games that really move my soul. My passion for this medium has been a pivotal point in my life, and I sincerely hope I can better share it through writing. Just in case.

What about you guys and gals? Some though-sharing related woes you’d like to get off your chests? I'd love to hear/read what you have to say/write.