When it comes to remaking games, I think Eiji Aonuma and Shinji Mikami may be masters of revision. These are two guys that were willing to look at their celebrated classics and looked at them critically, considering a fair bit of fan feedback and then addressed their games' flaws with a great deal of grace. When you play The Legend of Zelda: Ocarina of Time, Majora's Mask, Wind Waker or Resident Evil and then look at their 3D and HD upgrades, you can see the care and attention brought into updating them for a new generation of players.

Right now, that's what everyone working on the Final Fantasy VII remake team needs to be doing. It may be nice to bask in the praise of fans whose wishes are finally being granted, but everyone would be better served if they sat down and played the game as it still is right now - fan and developer alike - to send Square-Enix some feedback.

I say this because the remake isn't going to be without some sacrifices. We're talking about a game that - like its peers Super Mario 64, Metal Gear Solid, Ocarina of Time, Tomb Raider and Resident Evil - were among the early 3D games out there. These were the games that tested the limits, made all the mistakes and ended up setting many of the standards 3D games still follow today. Though in some cases, what worked in the early 5th generation isn't as necessary now.

A small example of this would be Cait Sith, he's a character that was designed from 2D game design logic. At the time and with the technology at their disposal, sitting a small black-and-white cat atop a giant pink moogle was the best way for Cait Sith to stand out alongside his fellow cast members and not get lost in a scene or battle. Were the character created today, he probably wouldn't be riding a fat moogle mount.

In fact, if you recall him in Advent Children and Dirge of Cerberus - he didn't ride Mog at all save for an early flashback in the movie. It wasn't there otherwise. It wasn't needed anymore. The tools SE had at their disposal let Cait Sith stand out on his own. Color palates were richer, SE was free of using pre-rendered backgrounds and this more cartoonish element of Cait Sith could go as well. 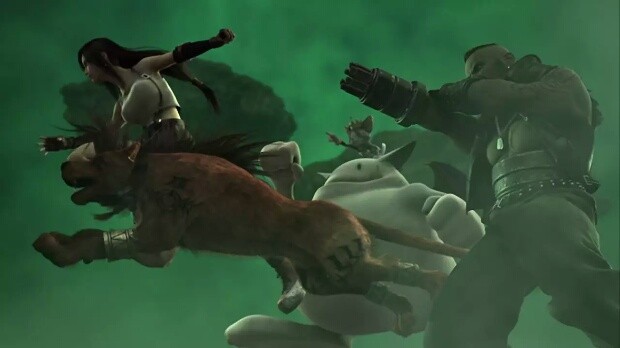 FFVII was also the kind of game where Barret could bat an Avalanche member toward the fourth wall and we found that funny, but the effect would actually break the tone of something like Crisis Core or Advent Children. We also know better now not to not localize characters like Barret in the fashion they did in 1997. In Advent Children he's a bit more of a boisterous Jet Black than an obnoxious stereotype. Well, almost, anyway. Barret's the tough guy with a heart of gold, he can be done better. In fact, more time with him and Marlene would be a good thing.

Those are some aspects SE is going to have to look at and change. In fact, I'm hoping SE is taking a lot of notes from Crisis Core and fleshes out some characters that could have been written better in FFVII. Sephiroth and Aerith in particular were given better characterizations than "super evil bad guy" and "hippie martyr" in Crisis Core.

Sephroth had friends, we saw him at his peak as a good guy, we saw him comfortable and having a sense of purpose. Hell, we got to see him smile as Genesis read poetry. We also saw that he was a bit spoiled and sometimes pawned off jobs assigned to him to other Soldiers. Sephy was a much richer character here. He was more than a badass warrior that just turned insane and evil one day. There were layers to his fall, it was given a deeper context. 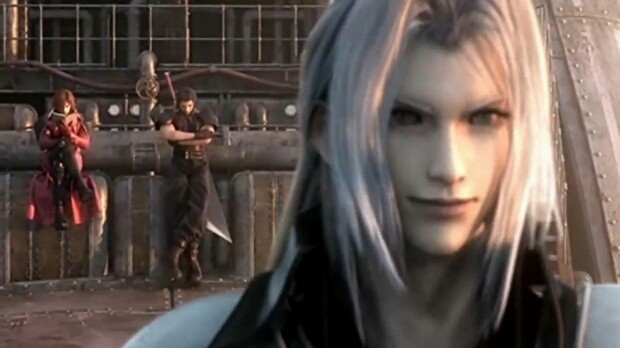 The same can be said of Aerith. She was a very fleshed-out character in Crisis Core  We see how she and Zack met, how she helped him get his barrings in the Midgar slums and how their friendship and infatuation with each other grew. We saw her compassionate nature, how streetwise she was and Aerith also brought her share of smiles and humor to the mix. In FFVII, most of her best characterization was post-mortem and her death was for cheap dramatic effect.

It may have been a critical hit to the feels when people were kids in 1997, but I honestly was more gutted by Mother Brain killing the baby metroid than Sephiroth skewering Aerith. Aerith wasn't even a third of the character that Tifa was in FFVII and I barely got to know her before she was killed.

Plus, how does SE make that bit of drama work now? The death of a friend or loved one as a plot device is pretty standard fare in games and everyone knows this happens in FFVII. It is the "Luke, I am your father" of gaming.

And while there's a lot more I could pick apart here, for now, I'm going to end with Midgar. I get the feeling FFVII is going to be built on the engine and assets of Final Fantasy XV and that the overworld is going to be a bit more compelling,. It will at least emulate what FFXV is doing on a smaller scale while keeping the random encounters and turn-based combat FFVII had.

The biggest eyesore in FFVII, however, is that you're stuck in Midgar for about ten hours. Ten hours of being sent on big, dumb, long errands like rescuing Tifa from Don Corneo. I don't even know how well that section of the game would even work today, but its probably best to drop that whole section because the sooner players get out into that larger world to explore it, the better. Midgar as it is now is one massive gated tutorial and when games like Persona 4 are deeply criticized for clocking in their slow start in at three hours, ten hours is going to be a real dealbreaker for a lot of today's gamers. 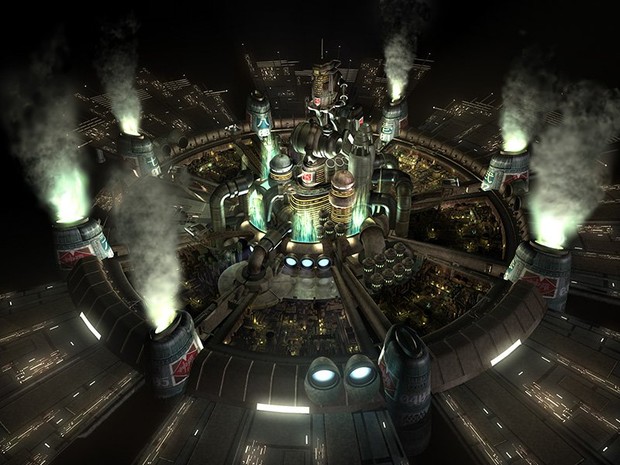 As I'm poking through the start of the game right now (I last played it about four years ago), I am deeply regretting not keeping a save on hand so I could start after Midgar. FFVI and FFVIII had you running around the overworld in a limited capacity within minutes of starting the game. FFIX and FFX kept you on the move for a fair bit even if you didn't get to a world map at until later in the game (or in FFX's case, much, much later in the game). FFXII was great about getting you into the world and changing up initial locales in Rabanastre pretty fast and while FFXIII might be one long tube to some people, at least it was a pretty tube that changed surroundings snd colors.

Midgar is an ugly, boring progress gate that exists to teach you the gameplay and that while Shinra Corp. is evil bad, Sephiroth is super evil bad.

For now, we're two years out from the game's release and we'll know more about the remake in the months to come. Thus far, SE's way of updating their classics was to keep them rather faithful, only adding a fresh translation, a coat of paint or a few new story and gameplay elements but the plan for FFVII was always to scale it to the rest of The Compilation of Final Fantasy VII. We're not going to get the game as it was in 1997 and we shouldn't expect that. 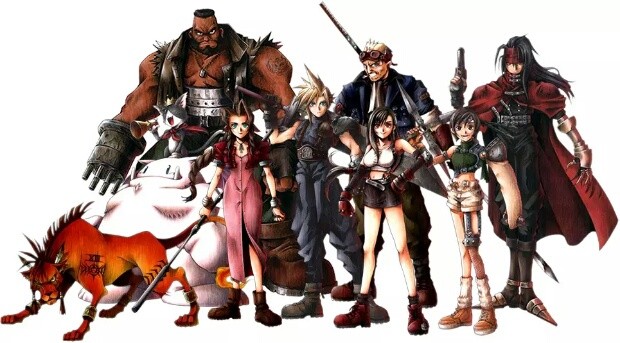 There are other things I'd like to discuss regarding FFVII, but I'll save them for another blog. I'll admit I'm not FFVII's biggest fan, but I think there's a lot to like about it and plenty that could be better.