Out there, in the real world, many sneer at the art of anime. They sneer at how perverted some of it can be (not that us otakus are complaining), or they look down upon it for simply being an animation and stating, in an uninformed way, just how stupid and meaningless the artform is. 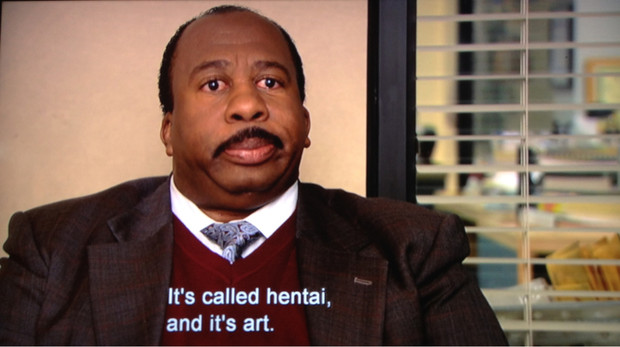 Luckily, this is Destructoid, and I get to swoon over it as much as I want and nobody can stop me.
Where to begin... I'm actually very new to anime, only beginning to watch it in 2010 with a series called Angel Beats which, while nowhere the best series I have seen since, will always have a special place in my heart. Since then I have binged Dragonball Z (where I discovered my almost disturbing love of Frieza), devoured all of Studio Ghibli's works, looked on in awe at Akira and watched a hell of a lot more. I am also currently powering through Gurren Lagann (thank you Nekro) Serial Experiments Lain and am on the final Hellsing Ultimate episode.

It has always been on my mind however, since the very moment I finished Cowboy Bebop, that I wondered why on earth there aren't more video game versions of anime series. I'm not talking visual novels or poor fighting games. I'm talking full on video games where they let you live in that universe. Not bashing visual novels or fighting games of course, just simply stating what I really want. And what I really want is to explore these worlds.

So then, I'll kick it off. As always, leave your own ideas down below because getting to hear your opinions is the reason why I love doing these things. Makes me think. And thinking is good. Unless it's when I'm talking to people in person because then my mind wanders to weird places... Like really weird places: 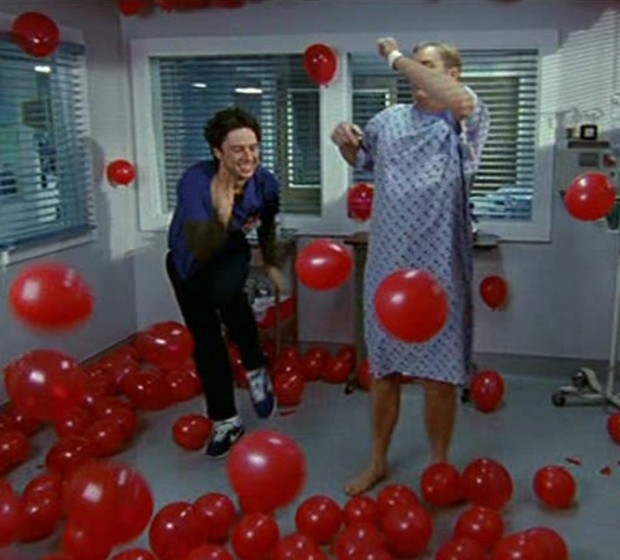 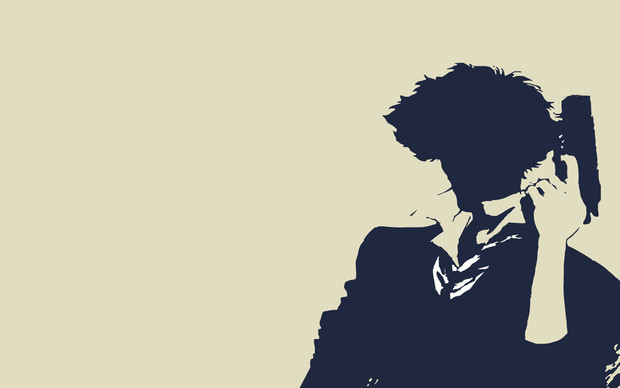 This one was an easy one. With the soon-to-be-released No Man's Sky (and by soon I mean to hear about it at E3 then be disappointed as it gets pushed back to next year), my mind always wanders to the possibility of a Bebop game as of late. I would opt for either two options:

1. Play as your own bounty hunter, flitting across the solar system in your ship, encountering characters original to the game as well as those native to the original series
or
2. Play as Spike Spiegel aboard the Bebop as you go through an original set of missions that weren't shown on the show.

You'll notice that both options do not include the use of the original narrative from the TV show. I feel like a video game of this title shouldn't be a direct copy of the show, simply allowing fans to explore the universe as well as giving gamers unfamiliar with the original material to not have the ending of the show spoiled for them.

The universe of this show is so rich that either option has unlimited possibilities and as a video game, the feel of the show could very well be reproduced by a developer who knows how to build a gritty, science fiction-based universe. 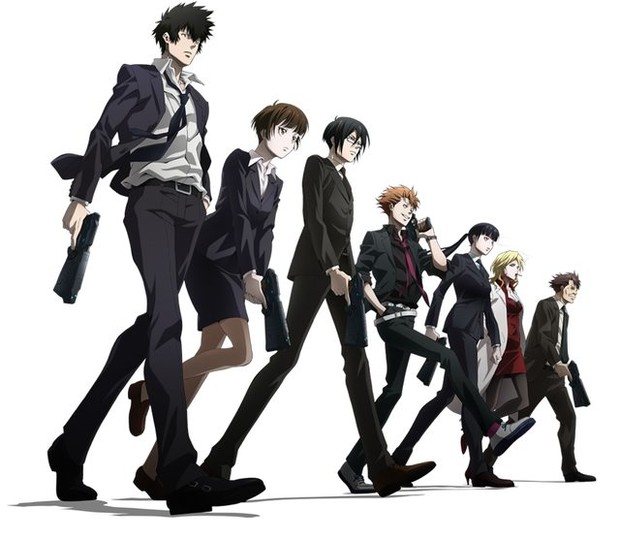 This one would be a little trickier to develop, especially given the source material. Due to the narrative of Psycho Pass being very self-contained yet set against a back-drop of a very interesting world, the developers of a Psycho Pass would need to be respectful of the show's narrative yet not retread old ground. Now as much as I love the idea of exploring the city this show is based in, I feel that by registering people's emotions as you walk past them the game would essentially become a Watch_Dogs clone. And nobody wants a Watch_Dogs clone do they?

The easiest thing to do in my mind, is give the player large open areas to navigate through in order to reach their target before moving onto the next mission. Have a narrative-driven game where the potential RPG elements are scrapped in favour of a deep plot. Sure, the Cowboy Bebop game above would have plenty of depth, but Psycho Pass is limited by being based in one city and therefore both the narrative and the exploring elements would clash with one another if done poorly.

As for playable characters I don't believe that the cast from the show need to be in the game, but some cameos would be nice. Respect the fact that the game takes place before or after the events of the show and play that into the game. 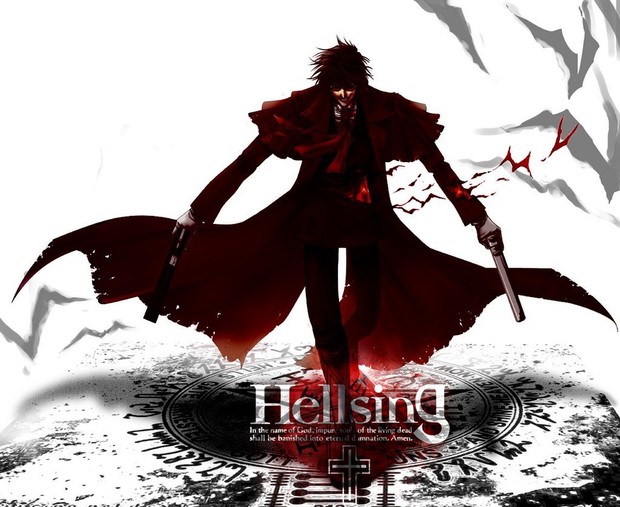 Damn yes, I want this anime to be a game. Not only is it gory as hell and hilariously violent, but the main character might be one of my favourites just due to how wickedly evil he is. Alucard is what you'd get if Bayonetta was a vampire and didn't care who she killed to complete her mission.

Speaking of Bayonetta, I feel like that sort of gameplay style, well that or Devil May Cry, would go well with this game if it were ever made. Alucard is an absolute death machine, proving time and time again why he is a real fucking vampire and not some Twilight reject (apologies to the five Twilight fans on this site). So the gameplay, where combos are strung together, would make a great fit with the persona of the character of Alucard.

Another appealing factor of this anime being turned into a game would be the bosses you can face. In the anime, Alucard essentially faces a set of bosses throughout the ten episode run, with each of them having different typs of attacks and various ways to kill opponents. Facing them in game would be excellent and vary the gameplay a hell of a lot.

My personal pick for the narrative would be that of the show. Hellsing: Ultimate is over the top in every sense of the word and, as such, would be perfect if made into a video game. While spoilers would be abound throughout the game, I think that it is totally worth it. Trying to shoe horn a different story into the Hellsing universe would take away what makes the series so great. 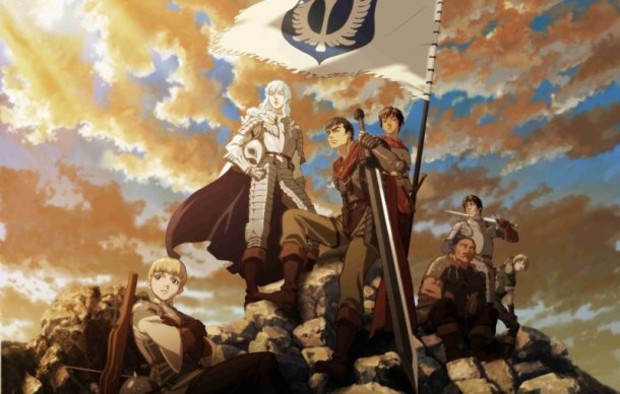 As much as I think this anime gets more praise than it deserves, I truly believe that a game adaptation would be excellent. The world of Berserk is rife with political conflict, back-stabbing and turmoil. But the relationships the characters form with one another helps lend a sweeter note to this land. And it is  this where I feel a game could succeed in being better than simply "another RPG."

First off: I would not allow the player to create his own character. Don't get me wrong, I love the freedom of crafting your own path and making your own story up as you go along. But normally, not always but normally, the story takes a severe hit in quality. Instead of building up your character and the relationships you have with others, it instead caters to the player and doesn't give them a reason to care. Berserk is an anime where it wants the viewer to care about the characters involved. Due to this, the game should be the same.

This doesn't mean, of course, that you have to play as someone from the anime. A vidoe game has many opportunities to create its own material so making the player character an original creation would be great. Means that fans of the show don't already know how the story will pan out.

Speaking of that story, I would definitely have the story focus mainly on an all new threat. Stick closer to the anime than the manga as you would have far less continuity problems to handle. Hell, have the story take place 50 or so years after the end of the series and the events that took place now a part of history. This way, you wouldn't have to worry about continuity errors due to the length of time between the events ingame and in the show, but it would also allow some room for cameos from characters. 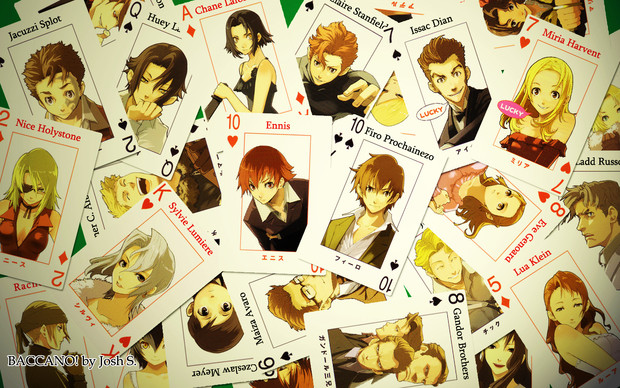 Immortal gangsters living in New York as they run the mafia and fight over their own turf in a story that spans decades and even centuries. Sums up Baccano in its most basic form, but describing it like that is like saying Breaking Bad is about cancer and drugs. There's just more to it than that.

Given who I have chosen as my preferred developer (and I know there will be objections to this), I would not make a Baccano all about the action set-pieces, instead focusing on the dialogue and plotting/scheming that made the series so great. There would definitely be action segments, but I just think tha part of the reason why the show is so good is because those moments of action are distractions from the dialogue-heavy narrative.

Now trying to mess with the shows storyline would be both tricky and dangerous. Messing with it could create unforseen problems in the future of the game development. As such, making an original story with the characters form the show isn't too bad of an idea, so long as you don't kill off anyone that would anger the fans. Because dear God, you don't want them on your ass.

Also, one more thing, something I haven't mentioned on any other suggestions until now:
The soundtrack must be kick-ass and relatable to the TV show. If it isn't jazz, then it does not belong in the game of Baccano.

As always thanks for reading.