The Story Doesn't Matter? (aka "Ignore the Pepperoni")

* Spoilers for the game: God of War Recently, I had been discussing several hack-n-slash games and comparing their merits to one another with another online user on Destructoid’s comment section. We had been discussing Bayonetta, a game that I lauded for engaging and surprisingly complex combat, but felt that its story was fairly hackneyed and poorly written. He responded by saying that “you don’t play hack-n-slash games for the story.”

That got me thinking, “why don’t you?”

Our industry has grown leaps and bounds in a very small amount of time (my guess revolves around programmers, artists, and writers proving outside criticism wrong), and it’s perhaps the most obvious in our writing. Where at one point, any basic connective tissue between one fight to another in a game was acceptable in a huge profiled AAA game, now it’s almost the unwritten law that if you’re attempting a narrative it will be judged accordingly as a narrative. And one of the biggest turning points of for storytelling in games was God of War.

While its various sequels and prequels never managed to capture the same amount of story-telling craftsmanship, the original God of War was the story of Kratos, a fallen Spartan warrior attempting to kill Aries, the God of War. At the end of the tale, Kratos kills Aries and his sins against his family are forgiven, however, he will never be rid of the nightmaters that haunt him, even as the newly-proclaimed God of War. Classical Greek tragedy, but it also ties in terrifically with the gameplay in terms of his rage fully displayed in his design and animations, not to mention in how that anger comes across with player interaction.

This isn’t just the sole triumph of storytelling in hack-n-slash games. Enslaved: Odyssey to the West, Metal Gear Rising: Revengeance, and DmC: Devil May Cry are all examples of games that actually focus on making solid stories with great character arcs or thematic content that explores interesting ideas.  So, why is it that whenever games have sub-mediocre stories in a narrative that the developers put into the game, suddenly you’re “not supposed to enjoy it for the story”?

Let me put it to you this way: imagine you and a friend are hungry. You see a pizza shop and order a slice of pizza – they’re specialty pizza that your pal raves about. You happily munch down and agree that it’s a satisfying slice of ‘za, but you can’t help but notice that the pepperoni takes away from the overall flavor of your meal. You tell your friend about this, and he replies, “Well, you don’t really eat it for the pepperoni. Just ignore it.”

Why in the world would I ignore it?

The pizza makers specifically put in the pepperoni for you to enjoy, and now I’m supposed to ignore it? Sure, I can pick off the pepperoni, but it doesn’t seem like I’m giving the pizza the exact attention it deserves with layered analysis throughout….damn it, now I’m hungry.  Anyway, this probably overly long metaphor ties into this idea – why should I ignore a part of the game the gamemakers specifically placed into their product?

It’s not like they couldn’t make a game that was just pure gameplay mechanics. After all, we have Pac-man, Tetris, or Centipede that are just mechanics only with no context to an actual story outside of what the player imagines (and even then that’s a generous assumption). But it’s not just the games of yesteryear that can ignore a narrative – SimCity, Worms, and even Crackdown have just basic premises rather than a half-hearted attempt to make a narrative.

Game franchises like Halo, Mortal Kombat, and Tomb Raider that were once scoffed at for their thin narrative capabilities have made a turn for (what I consider) the better by taking charge in how they handle their plots in the actual stories they tell.  I don’t believe that a game’s genre excuses poor storytelling when developers attempt to place one in their art. A game’s story doesn’t need to be as complex as Inception to garner the status of being a good story.

Movies that have simplistic stories can also be rich in characters and plot progression, including uses stylistic choices in a particular to bolster a good narrative.   Movies such as Nashville, Mad Max: Fury Road, Naked, Die Hard, and The Avengers all have rather simplistic macro-storytelling, but it’s in the minutia of plot and character progression which makes them so compelling.

Coversely, games such as Resident Evil: Revelations 2, Vanquish, HomeFront, Star Wars: The Force Unleashed 2 aren’t bad stories because they’re simple, they’re bad because they’re poorly written. Inconsistent character motivations and tone, muddled plot focus, or a poor sense of personal stakes for the characters make for a dreadful time for anyone who chooses to sit through the story the developers chose to include.

So, I plead with any players who will read this: please, don’t just write off a bad story because you like the mechanics, especially since those games are not beholden to anyone to have a lackluster story, and criticism could help curtail future offenders. And to the developers who keep putting in these limp attempts at story – if you don’t want to put any effort in the pepperoni, then please don't put it on my pizza.

Besides, I'm more of a Hawaiian pizza guy myself. 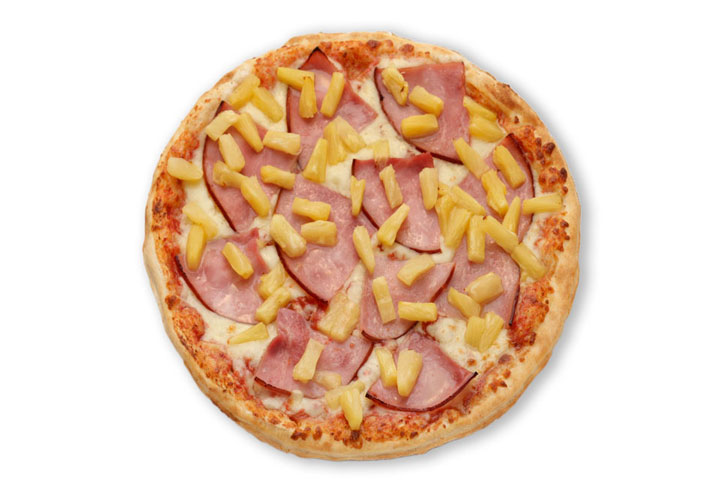 Just a strapping young buck from the United States, or as some of you still refer to as "the colony that went awry." I like video games, pizza, pretending to work hard, and being both equal parts deep intellectual and juvenile child. If you have a dog, then I probably already like you. I have no idea what to put down for my fourth sentence.