Sony Makes Money While You Sleep...

They are also probably eating your lunch out of the office fridge, got your girlfriend pregnant, and your mom secretly likes them better than you. They are like a malevolent clown doll that watches you while you sleep. One day, when you least expect it, it will strike when you are most vulnerable.

Sony, a massive company with a diverse product line competes with other large corporations to become your electronic gadget maker of choice. We all know this as this is nothing new.

You also may know that Sony has invents and manufactures a lot of technology that goes into various doodads. Some of Sony’s tech even goes into products manufactured by their direct competitors. The Blu-Ray player in the Xbox One for example, ensures that Sony gets a taste of the action for every console that Microsoft sells, just like Don "Black Hand" Fanucci from Godfather II. 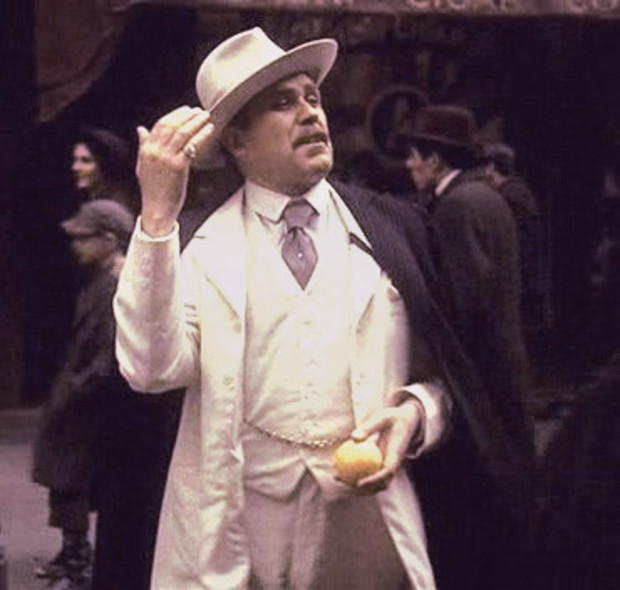 He just wants to wet his beak.

This is not ground breaking news, but what I do find amazing is just how much revenue Sony brings in by selling components to its competitors. When the Xbox One was first introduced and it became known that it would sport a Blu-Ray drive, Wedbush Securities analyst Michael Pachter estimated that Microsoft would have to pay Sony $2 to $3 for every Xbox One sold to license the Blu-Ray drive.

Let’s assume that Microsoft pays Sony just $2.00 per console for the Blu-Ray license. Well that would translate $20 million if Microsoft sold 10 million consoles worldwide since launch, as they claimed back in November 2014. $30 million if Microsoft pays closer to the top end. In the end, it’s probably someplace in the middle, so let’s just say Sony made approximately $25 million from Microsoft since the Xbox One was launched, give or take a couple million. That’s nothing to sneeze at.

Now keep in mind, my math can be completely wrong in terms of how many actually Xbox One consoles were sold. I got my numbers from Wikipedia, which is quoting a Microsoft PR flak, so chances are good that my numbers are completely wrong. At the end of the day, it’s safe to say that Sony making millions off of Xbox One sales.

Sony is not just taking millions from Microsoft however. They also currently have Apple over a barrel. According to the Wall Street Journal and Fortune, “Sony is trying harder than ever to profit from other companies’ innovations, such as the iPhone 6. Each iPhone 6 contains two Sony-made image sensors and related parts, which generate revenue of as much as $20 per phone for Sony, analysts say. Earlier-generation iPhones had one Sony sensor apiece. The ‘selfie’ craze has strengthened Sony’s grip on the market.”

Apple sold 10 million iPhone 6 on its weekend. That’s a $200 million payday for Sony and that figure doesn’t include revenue from all other Apple product that may be using Sony technology, like older iPhones and iPads.

Kaz Hirai, who you may remember as the former of President of Sony Computer Entertainment and is now CEO of Sony stated in an interview with WSJ.com:

“Whether it’s a device that goes into other manufacturers’ products or sometimes our own, if there’s innovation there… That’s something I get excited about.”

I imagine that he was tweaking his nipples when he said that.

Meanwhile, Sony makes its very own smartphones and tablets in the Xperia line, but why even bother when you can just ride on the coat tails of other manufacturers?

And that is a scary thought for me personally. I’m a fan of Sony and a fan of their Playstation brand—especially the exquisite PS4, but what does Sony have to gain when they can make more money being a supplier of technology to other manufactures and letting them take all the risk? This is not a rhetorical question as I would really like to know.

Kaz Hirai in the WSJ.com interview readily admits that this may lead to a pivot for the company as he goes onto say,

“If we’re talking about the organization and our strategies and where we want the company to be next year, two years from now, three years from now, yes, we’re starting to turn the corner.”

Will Sony one day decide to bow out completely from the limelight of high stakes consumer electronics? I can’t say for sure, but we have seen stranger things. Who would have thought that Konami would stop making video games to manage health clubs, open up gourmet cup cake shops, and make slot machines full-time? What if Sony, at their E3 presser announces that they are getting out of the consumer electronics business to sell chips and sensors to Apple? I would imagine that the combined fury of gamers everywhere would tear a rift in the universe.