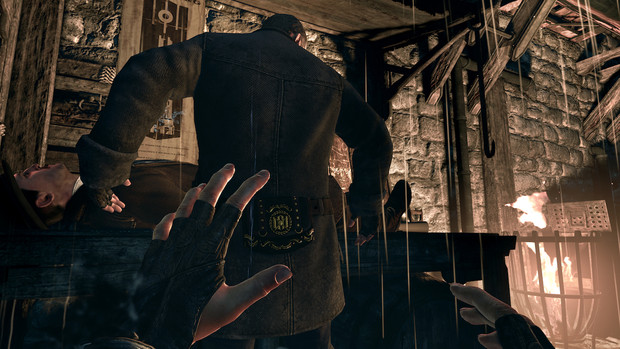 It's human nature to want what you don't or can't have. Walking down the street and seeing a necklace in the window and having to convince yourself that you just can't afford it is the kind of experience everyone has at some point. It's no surprise then that when dropped into a video game the majority of us are more than happy to bust into people's houses, take everything that isn't nailed down, and continue down our merry path thinking ourselves heroes. There are rarely any repercussions and when there are you're simply a reloaded save file away from reversing them.

We've all done it. We're all guilty of theft done at our own will at some point in some video game. Whether you looted with wanton abandon in Skyrim or whether you just smashed people's pots for rupees in a Zelda game. But just how deep does your kleptomania go? How thorough are you in cleaning people out of their goods and gold? Do you just take what happens to be in your way? Are you thorough at first and then calm down as you become loaded with loot? Or are you like me...

Because I take fucking everything. 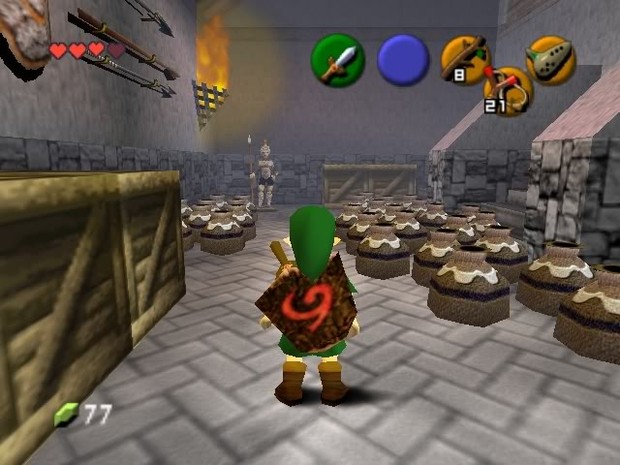 I don't know when or how it started. Probably fairly innocently. Smashing pots for rupees, rummaging through the occasional dresser in Dragon Warrior/Quest, that sort of thing. But somewhere along the line it escalated; I stopped being a casual thief and developed a problem. The earliest example I can remember is Morrowind.

This was my first foray into an Elder Scrolls game. I found the game interesting enough and the world really made me want to explore, but the mechanics of the game consistently impeded my enjoyment. But this isn't a piece about interesting worlds or the consistently poor combat of Elder Scrolls, this is about theft and my story begins right at the start of the game. When you start a new game in Morrowind you create a character, have an old man question you about your stats and the sign you were born under, and then are guided straight into your first town. 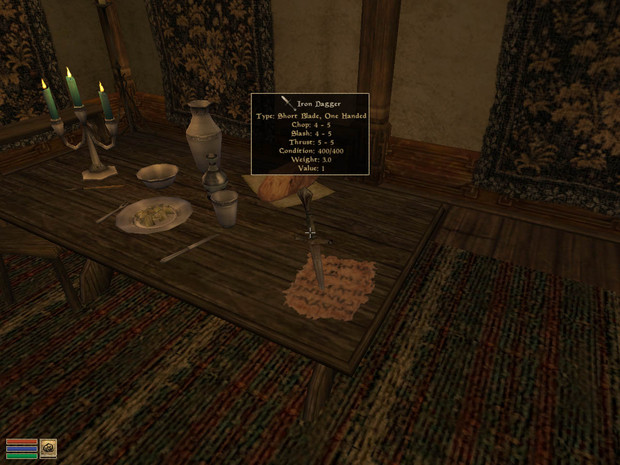 As you exit the port side house and find yourself loosed upon the world there is a building right next to you. A sort of warehouse with a heavily locked door. A door that is locked for good reason, for behind that door are goodies galore. There are two things I remember doing consistently in Morrowind: trying to create the dark elf Drizzt Do'Urden as my character (my favorite book character as a kid), and taking the Tower sign so that I could break into that building and rob that glorious vault blind. Weapons, armor, drugs; all there and mine for the taking. The number of times I went far beyond over encumbered and slow walked my way out of that building are beyond recollection. That was probably the catalyst for a lifetime of virtual theft.

That naturally carried over into the following Elder Scroll games and I'm sure many of you can relate to the glory of covering a shop keeper's head with a bucket and taking all of their goods right out from under them. Maybe it's something about games being in first person that makes it so much more satisfying to rob people. Seeing through the character's eyes as you force him or her to take what doesn't belong to them, whether in Elder Scrolls, Deus Ex, or Dishonored. Filling your pockets with loot just gives you that feeling that you're doing everything right.

Then you've got games where stealing is a primary goal. Games like Black Flag. Let's be honest, these games know what they're doing. They knew how much we'd love to get behind the wheel of a powerful ship, decked out in cannons and swashbucklers, and set out to a sea where every single other ship is a target for you. It doesn't matter whether you board the enemy ship or sink it, what matters is that you take what once belonged to them and will now be used to fuel your filthy habit. Jump onto their ship and take out their sailors and you can have everything in their hold, but you can also just sink the damn thing and watch their loot float up to the surface in crates where you can just pick them up as you sail past the wreckage of your victim.

Fast forward to present day; to the most recent game to indulge my complete lack of self restraint: The Witcher 3. I don't know that a game has ever so desperately BEGGED me to steal everything in sight in it like this game has. Activate your witcher senses and everything that's lootable will glow yellow and your mouth will start to salivate. Maybe just me with that last part. 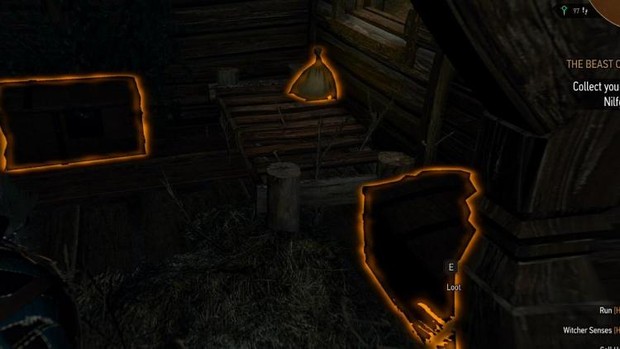 The true beauty of stealing everything in the world of The Witcher though? Almost everything is useful in some way. Money let's you buy things, food and drink restore your health, herbs will make potions and bombs, alcohol refills those supplies, metals and leathers can be used for crafting, and even the insignificant junk can be broken down at a blacksmith into useful components. Butter knives? Mine. Broken rakes? Dibs. Dolls? Gimme that shit.

It's not even logical at times. In the first area of Witcher 3 I took a contract to kill a noonwraith that was keeping locals from accessing the nearest well. Upon taking it out and returning the poor fellow who had put up the notice he tried to give me the money he had been saving up for his daughter's dowry as it was all he had. I told him to keep the money, feeling bad about the poor guy's situation. I then walked around his house and looted every box, bag, dresser, and shelf in sight. There's some kind of separation of the characters and their belongings that happens in my head and I'll be the first to admit it's just not right.

I obviously have a problem, though I suppose I should be happy that I have video games to use to fulfill my desire to take everyone's belongings rather than resorting to it in real life. But how do the rest of you compare? Are you a better person than me or do you also often find your pockets filled to the brim with others' belongings? Let me know! And above all, thanks for reading.