Easy Ammunition: How no good comes from Hatred

Since I first watched its infamous debut trailer, which seems like an age ago, I was not a Hatred fan. Many people weren't, and I personally thought that was refreshing.

As violent as videogames can be, and often are, it was comforting to see entire communities take to the internets to lambast the actions of the game's protagonist (antagonist?) as he swept his way through the suburbs, murdering wave upon wave of pleading civilians and hapless cops, fueled by little more than an exaggerated "Fuck the World" mindset, usually held in reserve for angsty teens having just fought with their parents. We are always being told that we, as gamers, have become desensitised to violence, and the disgusted outrage at Hatred went someway toward addressing that issue. 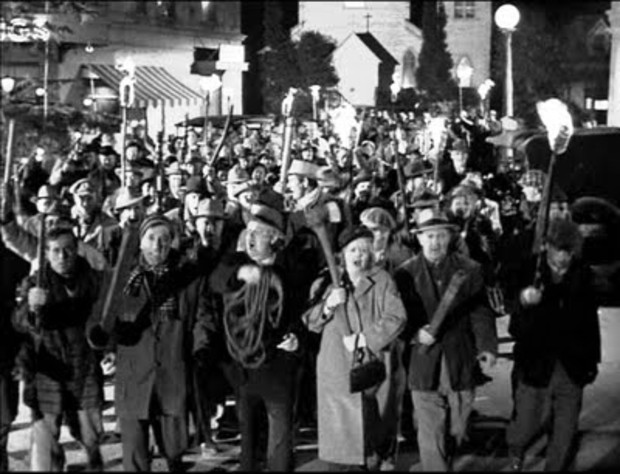 Thanks for reading my personal opinion on this touchy subject, I need to clarify a few points:
- I respect Hatred's right to exist and to be sold, as much as I respect the people's right to critique it, or the rights of distributors to not sell it.
- I don't think people who want to play Hatred are "wrong" Each to their own, it certainly isn't for me though.
- This isn't an "outrage" article. I'm not overly offended by Hatred as a product, I'm disappointed the media has a new "easy weapon" to use against gamers.
- I'm fully aware there is no mass mainstream hysteria about this game yet, and hopefully, there may never be. This is more a pre-emptive strike.
- My thoughts on Hatred's violence are minor compared to my thoughts on how irresponsible I feel it is to make such a news-baiting game.
- This is my opinion. I don't expect everyone to agree, and I understand that. No offence was intended toward any reader.

So many have already had their say on this old-hat subject, and are likely dang tired of repeating it, but if you'd like to express your thoughts, all feedback is welcome. I'm not looking to have an argument with anyone, so any views on the matter will likely go untested by myself.

Thanks once again for reading, It's always appreciated. The floor is open, so grab the mic, friends.


#PersonalBlog
Login to vote this up!