Jump! REVIEW - The Most Fun Circle on the Mobile Market! 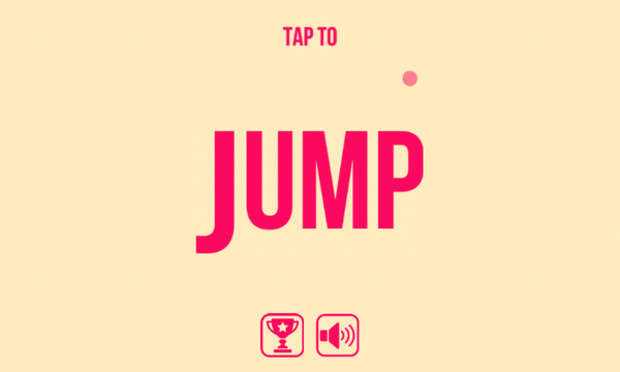 Jump! is one of those mobile games that truly surprised me. From looking at it and it's screenshots, I expected a simple skill game, like the ones Ketchapp are known for. Instead I got an beautifully well-crafted puzzle platformer!

The basic mechanics of the game are quite simple yet solid. You play as a little ball that is constantly bouncing. You can choose to bounce in a direction (left or right) and if you also want to you can hold the jump button to jump infinitely high as long as there's nothing above you. You can choose to move left or right as any point in the bounce but there is a sort of grid system going on here. You can only go left or right one space at a time, which opens the door wide open for puzzle opportunities. This system is so simple yet malleable, keeping what the player can do simple while allowing the levels themselves to change in design. 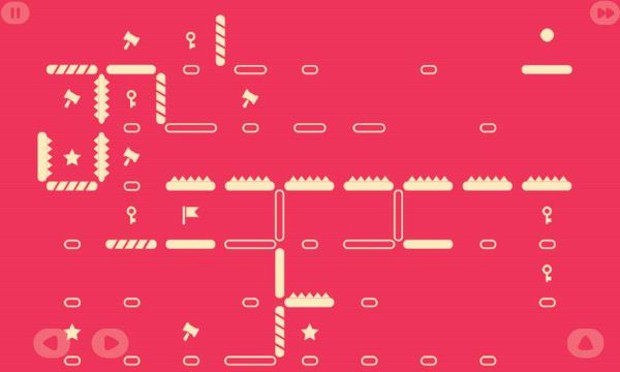 Every so often the levels introduce another mechanic to deal with, and will steadily increase how much it's used in a level as levels go by. These mechanics can kill you, affect how you jump, or affect another part of the level. The core jumping mechanics remain absolute, but the levels change in design with the addition of all these new mechanics, thus allowing the level design to be altered without forcing the player to completely rework how to play.

Each level takes place on a single screen, which is kinda bad and kinda good. It's kinda bad because it can allow a level to easily overwhelm you, but it's kinda good at the same time because you can always see what's going on. Levels themselves difficult or easy depending on how you go about them. Each level can earn up to a rating of three stars, which are obtained by obtaining the stars within the level. Getting keys to unlock the exit and then getting to the exit can be enough of a challenge, but getting the three stars another tough layer to crack. Thankfully, it's optional for those just wanting to get to the next level. 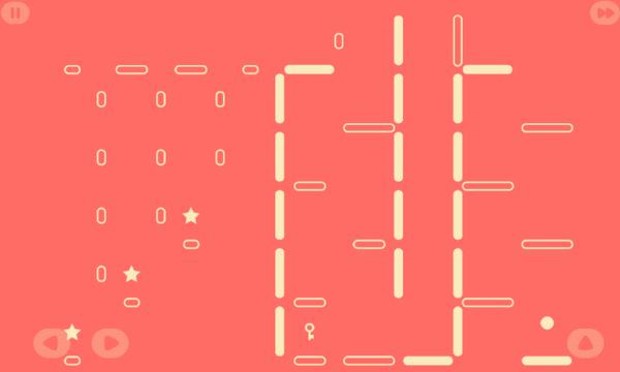 Levels are divided up into sets, each set having about ten plus a bonus one (which I believe is unlocked only if all stars are collected in the levels before it). Considering each level is a decent challenge and therefore can take a decent amount of time (especially if you're going for three stars in each level), it's safe to say that this game has a good amount of content in it.

The level design in Jump! was actually quite surprising. The puzzles are very well thought out and the platforming is done quite uniquely. A level might require a lot of precise series of movements, and can be easily messed up, forcing you to either start from the beginning of the level or a checkpoint. There can be a lot of trial and error in both figuring out the puzzle and executing the solution. The trial and error isn't bad though, as it feels like progress is made with each try (unless you suck, but then again that's on you and not the game). 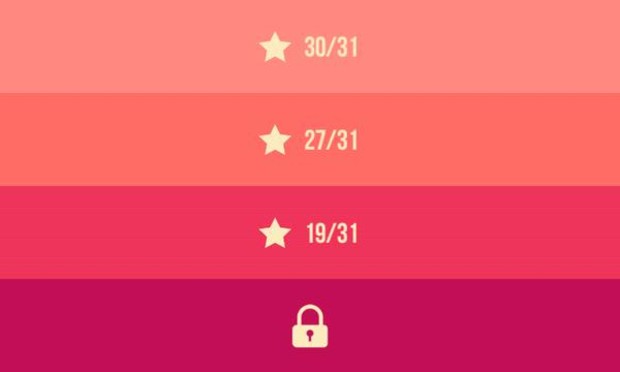 The visuals of this game are very minimalistic. Everything is made up of geometric shapes simple enough so that nothing in the game can be confused for something else. Each shape is made of solid colors, usually a tannish manila color plus whatever the background color is. The background colors change between level sets and consist of bold pinks, purples, and later greens and blues. It's very charming and attractive to look at.

Sound design is both cute and fitting. The sounds for jumping and interacting with other things are so pleasant to listen to, somewhat like a video game ASMR. The soundtrack is full of beautiful piano arrangements with tones ranging from adventurous to hopeful to energetic. Each level set has it's own piece and each one is amazing to listen to while solving puzzles. 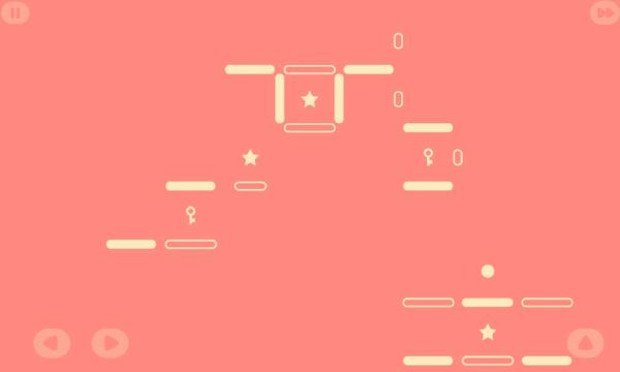 The one problem I have with this game is actually not too big of a deal. My single problem is the advertisements. This game is very polished and looks as if it should be a full game (maybe they could sell expansion packs for cheap). The advertisements are the one thing keeping this game from looking too well made. I guess this is a free game and the developers need to make money somehow, so it's understandable at the least. Either way, the advertisements are easy to get rid of and aren't too often. Like I said, this isn't that big of a deal. A minor complaint, if anything.

So there you have it. Jump!, the puzzle platformer that blew me away recently. It's a very solid game that is well worth the free price. More games like this could make the mobile market truly shine.