How to Talk About Video Games with Normal People - Publishers

I have a handful of friends that know nothing about video games. For whatever reason, they don’t have much of an interest in the industry. Some of them play a few titles each year, often based on my recommendation alone, but would never bother to keep up to date with industry happenings and game announcements.

Because so much of my life is entrenched in the video game world, it’s only natural that conversation with these friends inevitably turns to games, developers and publishers when discussing what’s “new with work.” After about two minutes of bullshitting about my day job, I naturally launch into game-related topics I am writing about and industry drama that these friends have no real understanding of.

To make my descriptions easier to follow, I often make compassions to more tangible elements of my friends’ lives. These comparisons make my comments about “Publisher X announcing Project Y” a lot easier to understand – and more interesting to the casual conversationalist.

For all of you nerds out there struggling to tell your friends about all the cool stuff happening in video game industry, here is my patented “video game things compared to real life things for conversation with normal people” guide.

Since I have known my core group of friends for well over half of my time on earth, we have come to the mutual understanding that we are all stuck with one another. Because of our collective acceptance that we won’t ever make new friends, I have the privilege of sometimes blabbering on about video game publishers.

Generally, my friends understand the concept of what game publishers do, but tend to get lost when I describe the differences between publishers.

In order to help them understand and visualize some of the different publishers that come up in conversation, I’ve taken to comparing publishers to bands. Here, I’ll show you.

Devolver Digital’s unabashed dedication to all things unique, creative and generally weird has allowed the small team to grow into gaming’s crazy (drunk) uncle of a publisher. Devolver can be brash and loud at times, but it is also a publisher that prides itself on attaching its name to games that otherwise would never have a voice.

Devolver Digital is essentially the video game equivalent of The Replacements.

If you aren’t familiar with The Replacements, then I am sorry for you and this analogy requires a little explaining. You see, The ‘Mats are the most important and influential band that you have never heard of. Hailing from Minneapolis, The Replacements burst onto the music scene and kicked the every loving shit out of it.

The Replacements, much like Devolver Digital, were chaotic during their prime years. Their songs were fast, loud and overwhelmingly enjoyable. Songs like “Gary’s Got a Boner” and “Tommy Gets His Tonsils Out” are downright fun – and weird – songs. These, and plenty of other songs by The ‘Mats evoke the same kind of goofy persona that Devolver often puts forward.

The Replacements also wrote a ton of deeper, powerful music. “Bastards of Young” is one of rock/punk rock/alternative rock (the ‘Mats can be lumped into whatever, but they – like Devolver – defy categorization) songs ever written. It’s anthemic, a look into the apathy of youth. It’s sort of like the Always Sometimes Monsters of the music industry. 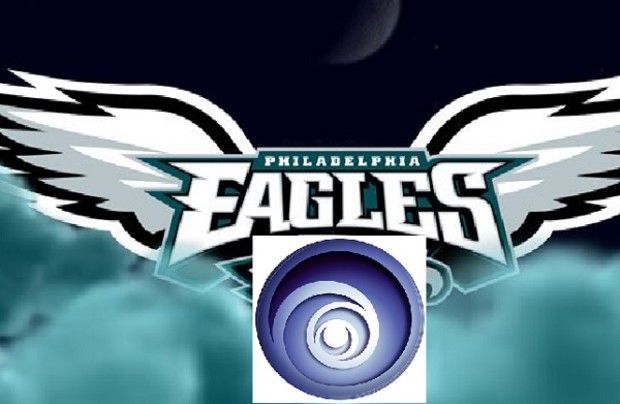 As a Philly native, it can be hard to admit this, but Ubisoft is the video game equivalent of each Philadelphia sports team rolled into one.

The comparison is easy to make for any number of reasons. Philly teams are legendary for their ability to build fans up only to eventually let them down. Each year, there’s a palpable amount of hope that Philly fans feel, similar to the excitement and hype that comes with the annual release of Ubisoft titles.

The same sort of analogy can be said about the Phillies and their persistant struggles, occasional dominance, and eventual return to mediocrity. It's essentially the same path that Ubisoft follows with each new IP they launch. 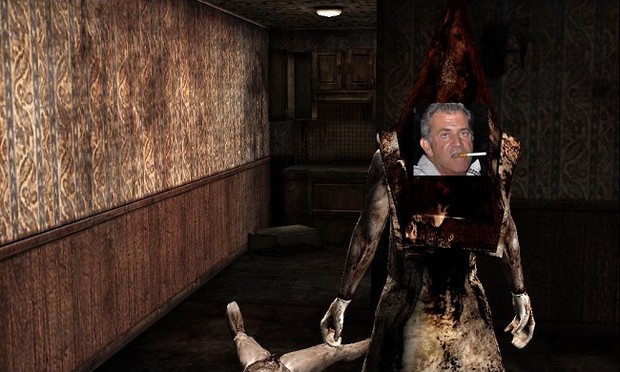 Konami is all over the gaming news as of late, what with attempts to wipe P.T. from existence, rocky relations with Hideo Kojima and the newly announced shift towards being a mobile-centric publisher. Konami, in the last couple of years, has begun the kind of meteoric fall from grace that is normally reserved for drug-addled celebrities.

Which is why I always make the analogy that Konami is Mel Gibson.

Mel Gibson, much like Konami, has been around forever. Gibson’s acting career, took off in the late 70s as he starred in Mad Max and he never looked back. Gibson is the face associated with dozens of beloved films, many of which are considered cinematic touchstones. Braveheart, The Patriot and Lethal Weapon are all destined to be remembered for generations as important films in their own right, similar to Konami’s stable of industry-defining video games.

Konami is directly responsible for Silent Hill 2, the Metal Gear Solid franchise and Castlevania: Symphony of the Night among other undeniably classics. Because the games associated with Konami’s name were so universally loved by the video gaming world, it’s easy to understand why Konami’s downfall has so many people worked up.

Since Gibson infamously went off the deep end, publicly saying some questionable things about people of different races, faiths and the like, he’s become something of a cinematic black sheep. People tend to pretty much despise him and his work has dried up – relegating him to C-list action flicks every once in a blue moon, the “mobile games market” of the film world.