Take Me Out to the Role-playing Game

With The Witcher 3 on the horizon, I have been thinking about role-playing games a lot. I’ve been spending a lot of time playing ArcaniA – The Complete Tale on my PS4 in order to drop a review next week, relishing in the game’s less-than-stellar presentation while thinking about the genre for hours each day.

Between all of the swords and gold, magic and goblins, I’ve come to a conclusion about RPGs:

MLB 15: The Show is the best role-playing game I have played in a long time.

Crazy, right? Don’t worry, I’m not just throwing random things at a wall and seeing what sticks, I genuinely stand by that statement.

Sports games inherently dabble into the realm of role-playing. For as long as the technology has allowed it, each new iteration of a sports game – be it MLB, Madden, or even Skate – has allowed players to create their own character. Players can take their own visage and create a digital, athletic superstar of themselves and dive right into the realm of professional sports. 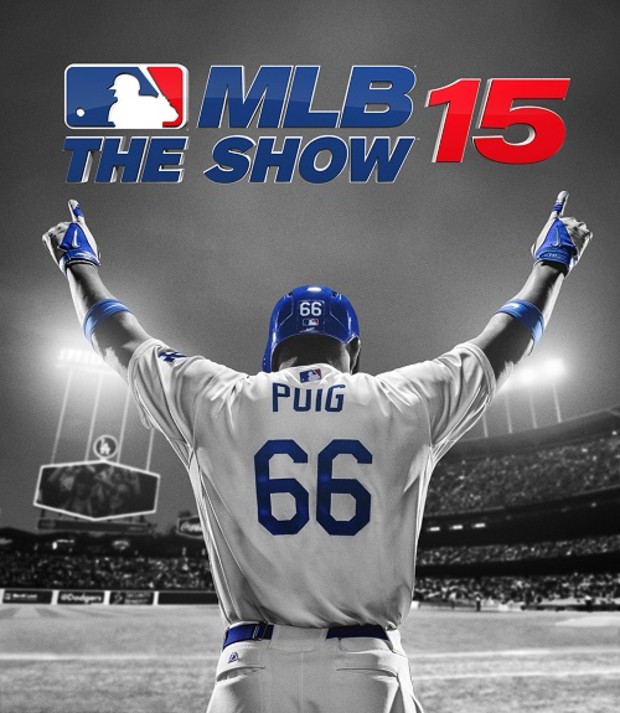 The Show does this, naturally, but not every game that ships with a ‘Create a Character’ mode is a role-playing game.

In the modern video game industry, just about every major release has some kind of “RPG” elements. Be it upgradable character skills, statistical leveling, or a modified version of a RPG combat system, the traditional core mechanics – the components that ultimately define a genre – have bled into countless titles in recent years.

With this understanding of games industry’s penchant for appropriating myriad elements and mechanics from one genre in order to make a given title more appealing, understanding The Show as a role-playing game becomes a bit easier.

The real place where The Show turns into a full-fledged RPG is in the “Road to the Show” mode. One of the franchises’ hallmark modes, “Road to the Show” allows players to create an up and coming baseball player and guide their career from humble, amateur showcases all the way up to the big leagues. It’s an epic quest in and of itself, one that can easily be understood as a simple – if not derivative – RPG storyline.

A young hero takes up arms (in this case a bat and a glove), and answers the call to greatness (the Topps Amateur Showcase). The hero’s efforts are not in vain; word of his talents spread far and wide (draft selection). Noble suitors (MLB teams) approach the hero and offer him everything he desired (a professional contract), often on the condition that he undertakes a series of new, difficult challenges (Minor League ball), before being given the chance to battle against the legions of enemies (Major League ball) and become worthy of his own heraldic legend (Hall of Fame career).

Sound familiar? If so, it’s probably because you’re familiar with the genre. Admittedly, it sounds goofy to draw parallels between “Road to the Show” and a common story found in many role-playing games, but it is one that exists. There’s a certain majesty in the familiarity of The Show and numerous RPGs. It can be seen in the path your created player takes, in the battles they face on the pitcher’s mound, and in the notable amount of control you have over your character. 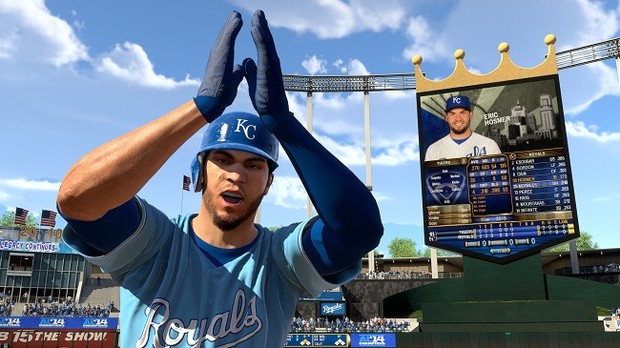 Even outside of this comparison, there are a shocking amount of role-playing elements that define the player’s experience in “Road to the Show”.

Starting from the ability to create your own baseball player, the depth and complexity afforded to the player is shocking. The Create a Character options have a staggering selection of customization options, ranging from the standard facial appearance (which interestingly enough, gives players the ability to stack three different types of facial hair at once) and batting stance/pitching windup, to the more nuanced choices such as cleat patterns, base running trots and everything else imaginable. There’s plenty to be toyed with, easily surpassing the customization options of Dragon Age: Inquisition.

Choosing to play as a starting pitcher (or any other position), brings players even further down the role-playing rabbit hole.

After defining a position, players are given a set of base skills and the ability to add bonuses to each of the different categories, tuning their athlete according. This, combined with choosing a pitcher’s throwable arsenal, functions the same as selecting a “class” in any other RPG.

Furthermore, the actual gameplay of The Show takes on a sort-of role-playing like quality. For pitchers, each time they step on the mound is akin to a turn-based assault. Pitches are selected from a menu, aimed manually and thrown. Each pitch becomes a sublimely nuanced “fight”, eschewing damage and critical attacks for strikes and homeruns. Much like the comfortable routine that combat in classic RPGs often falls into, The Show encapsulates this enjoyment in its design.

As you progress through “Road to the Show”, you character accrues experience. Each out carries a given “experience rate”. A strikeout can net twenty points, a double play fifteen, and giving up a hit will have a negative experience net. By playing better, your ability to upgrade your player’s skills is increased exponentially. 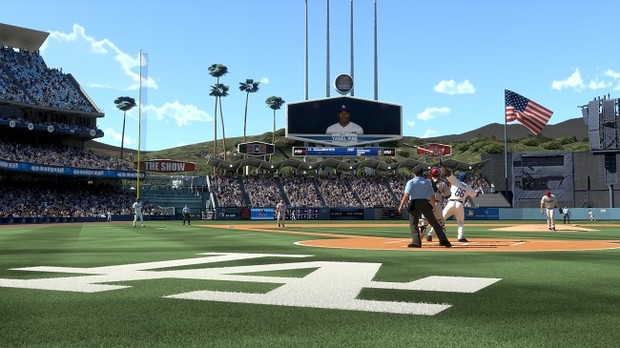 These skills range from overall composure to pitch control, velocity and break. Each skill (say a starting pitcher has about 20 different categories) can be increased by expending experience points, allowing your character to effectively level up after a successful outing at the stadium.

Equipment also plays an integral role in The Show and its various modes. By playing different game modes, players can unlock different equipment cards, often licensed baseball paraphernalia, which can later be used by your “Road to the Show” character. Much like a new set of armor can increase a warrior’s stamina and defense, a new glove can make your pitcher more effective when it comes to throwing strikes. The different equipment and its related management becomes something of a metagame in and of itself, similar to the constant pursuit of new loot that has become a hallmark of the role-playing genre for decades.

All of these components are implemented in a meaningful way. There are so many different elements, many of which are considered a necessity in every role-playing game, at play in The Show that it’s hard to not laugh at their mention. The beauty of The Show, however, is that these RPG elements are incorporated in such a way that they never feel like the stuff of RPGs. When it comes to game design, The Show never detours past a pleasant video game representation of America’s Pastime. Under the hood is where the magic happens; that’s where the loot lies and the hero’s quest occurs.